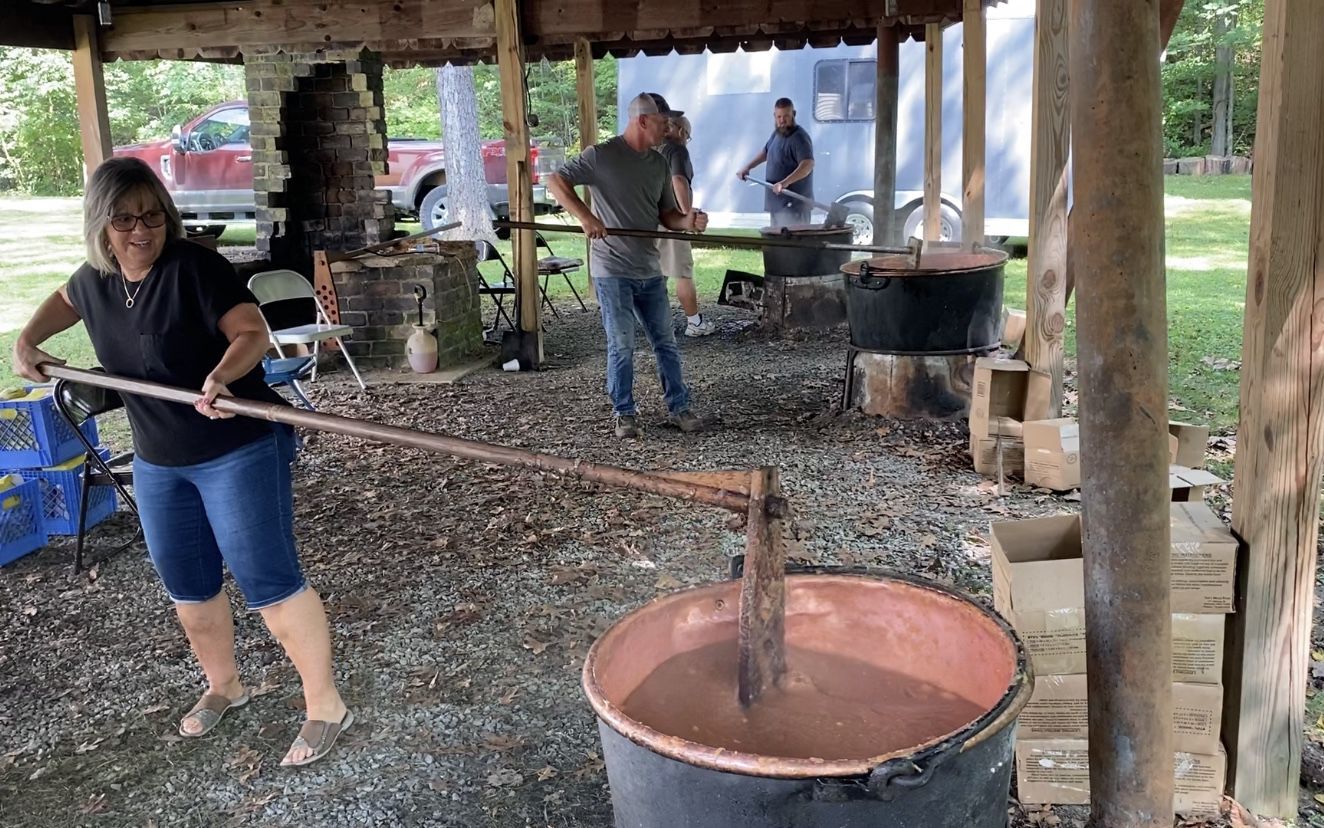 The members of the Victory Grange, along with help from the Kiwanis Club, cooked apple butter in a total of three large kettles all over an open flame. 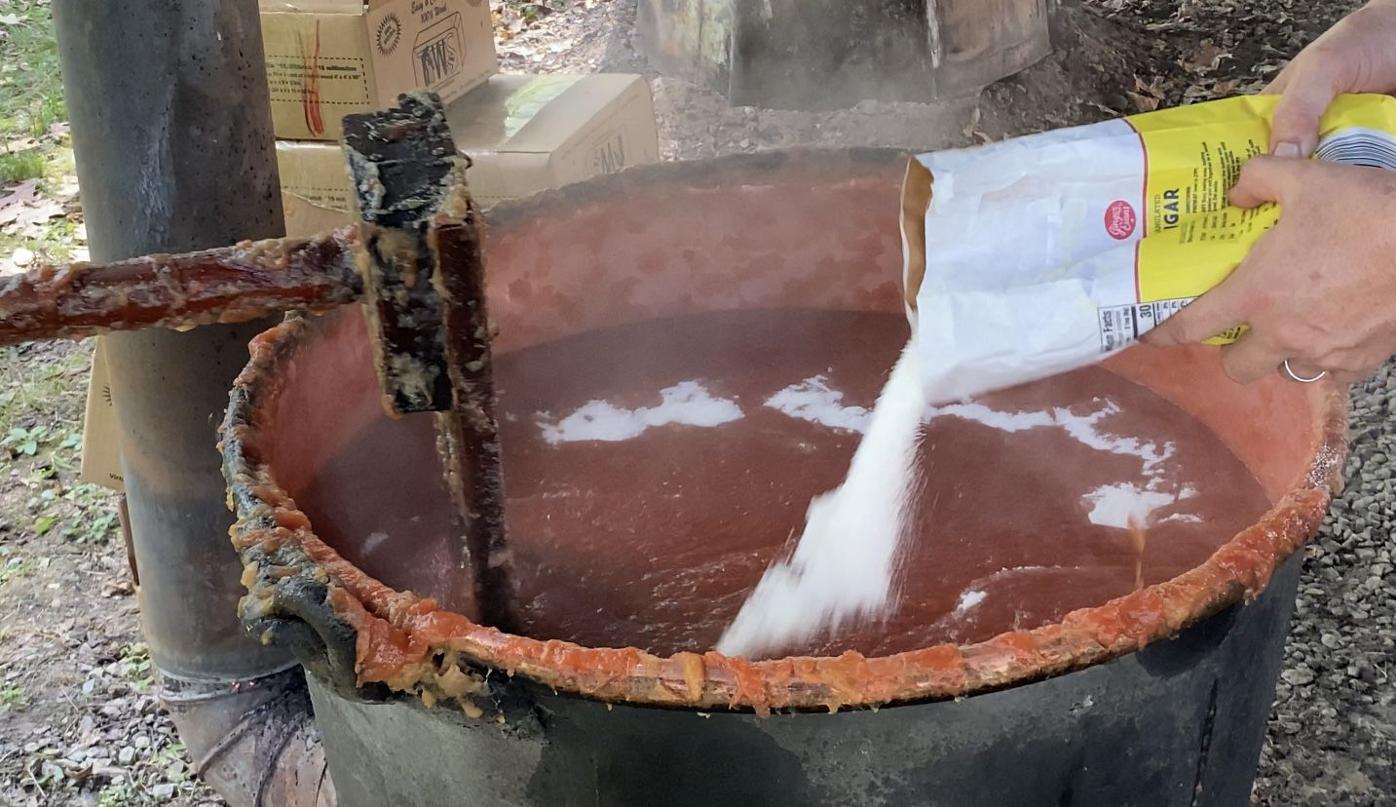 A member is shown adding sugar to the apple butter.

The members of the Victory Grange, along with help from the Kiwanis Club, cooked apple butter in a total of three large kettles all over an open flame.

A member is shown adding sugar to the apple butter.

LICK TOWNSHIP — The 2020 Jackson Apple Festival may have been canceled due to the COVID-19 pandemic, but that didn’t stop one local organization from churning out a beloved apple festival favorite.

For almost 70 years, members of the Victory Grange have gathered to make apple butter at the annual festival, but this year is a little different.

On Saturday, Sept. 12, the members of the Victory Grange, along with help from the Kiwanis Club, cooked apple butter at the grange in a total of three large kettles all over an open flame.

The Courier caught up with Larry Johnson, the current Master of the Victory Grange, to discuss the plans for the local tradition dating back to 1951.

Johnson explained that the plan is to sell the apple butter this year at the Jackson Farmers’ Market located on Harding Avenue in Jackson. The Farmers Market is open every Saturday from 9 a.m. to 1 p.m.

The Victory Grange will be at the market beginning Saturday, Sept. 19, and will continue to show up each Saturday after until they sell out.

Johnson said they will have apple butter available in pint or quart canning jars, however, quart jars are limited this year due to the difficulty of finding jars. Quarts will cost $8 and the pints will be $5. He explained that he had several past customers calling and asking about buying apple butter, so they decided to make it this year.

The Victory Grange, according to Johnson, used to be a co-op organization. In days past, the group would buy dictionaries for local schools. Nowadays the grange doesn’t do that, instead, they donate to different organizations or sometimes help someone when they are down and out.