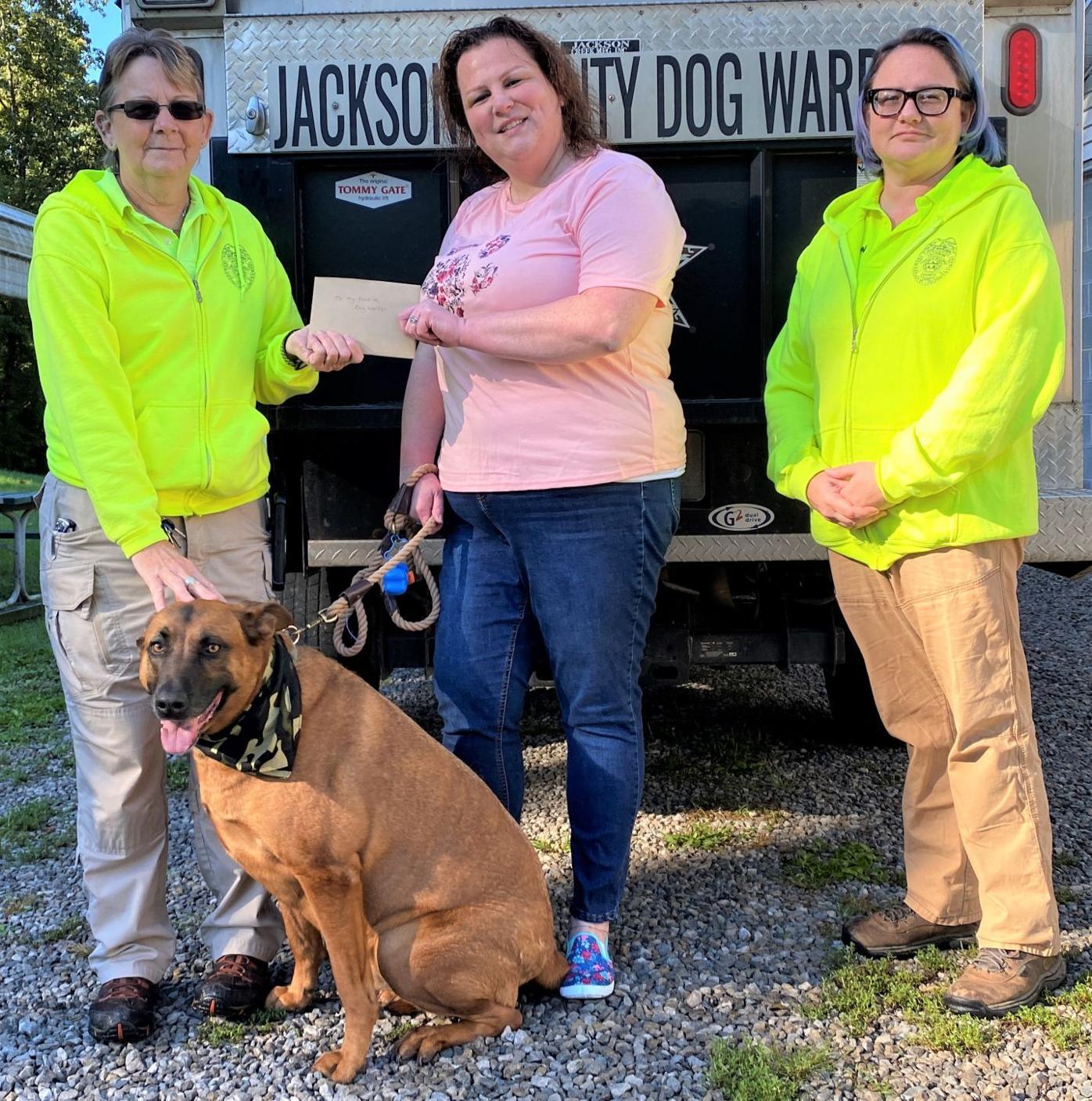 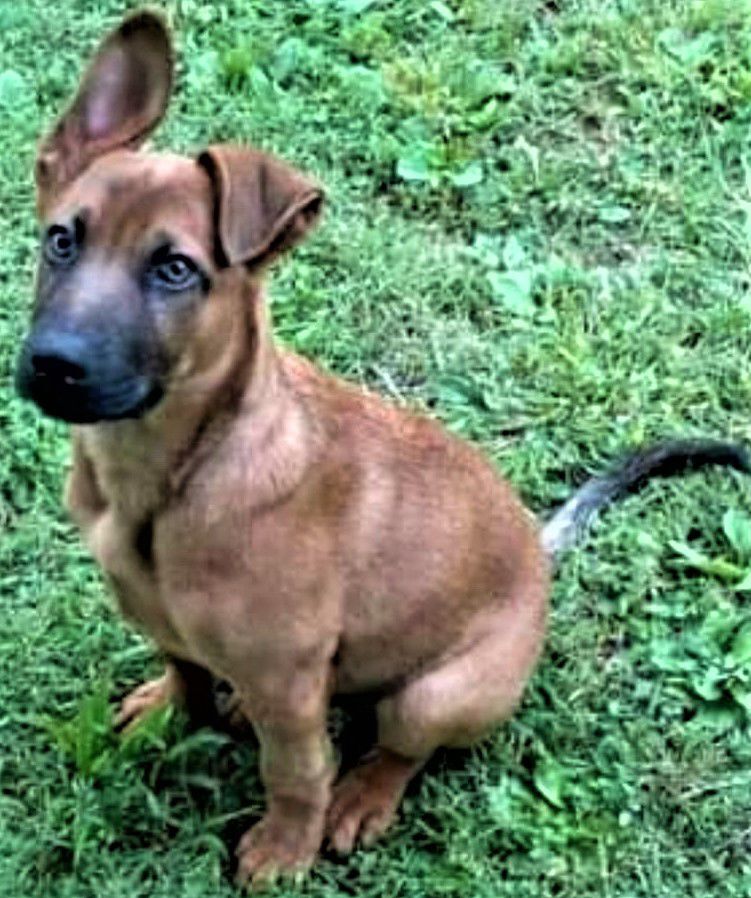 Sarah Danner, along with her 7-year-old dog, Thaddeus, who is believed to be a Rhodesian Ridgeback and Shepherd Malamute mix, presented a monetary donation to the dog pound in late September.

The donation will be going toward upgrading the building’s camera system.

Danner had done a fundraiser via Facebook to celebrate Thaddeus’ 7th Gotcha Day. A “Gotcha Day” is the anniversary of a pet’s adoption day. She explained that she adopted Thaddeus on Sept. 16, 2014, from the dog pound.

“We just think Deb (Fout) and her crew are wonderful,” said Danner. “I hear that Deb is retiring next year, and I am sad about it.”

Danner added, “She works so hard and what she does is amazing. It takes such a special person, and she has done so much to turn this place around.”

Danner’s fundraising goal was set at $250, but she ended up exceeding that goal and was able to present the dog pound with a donation of $350.

Jackson County Dog Warden Deb Fout was appreciative of the donation. She recalled that she found Thaddeus as a stray.

“I remember him when he was a puppy,” said Fout. “I always tease Sarah, she’s a friend of mine, because she talks about how much she loves Thaddeus, but I tease her and say that I loved him first.”

Fout added, “I always love happy stories. I can’t even begin to tell you after seeing some of the stuff we see ... to have a dog that is so loved, cherished, and a big part of a family like this for seven years, just makes you know why you do what you do. It does my heart good.”