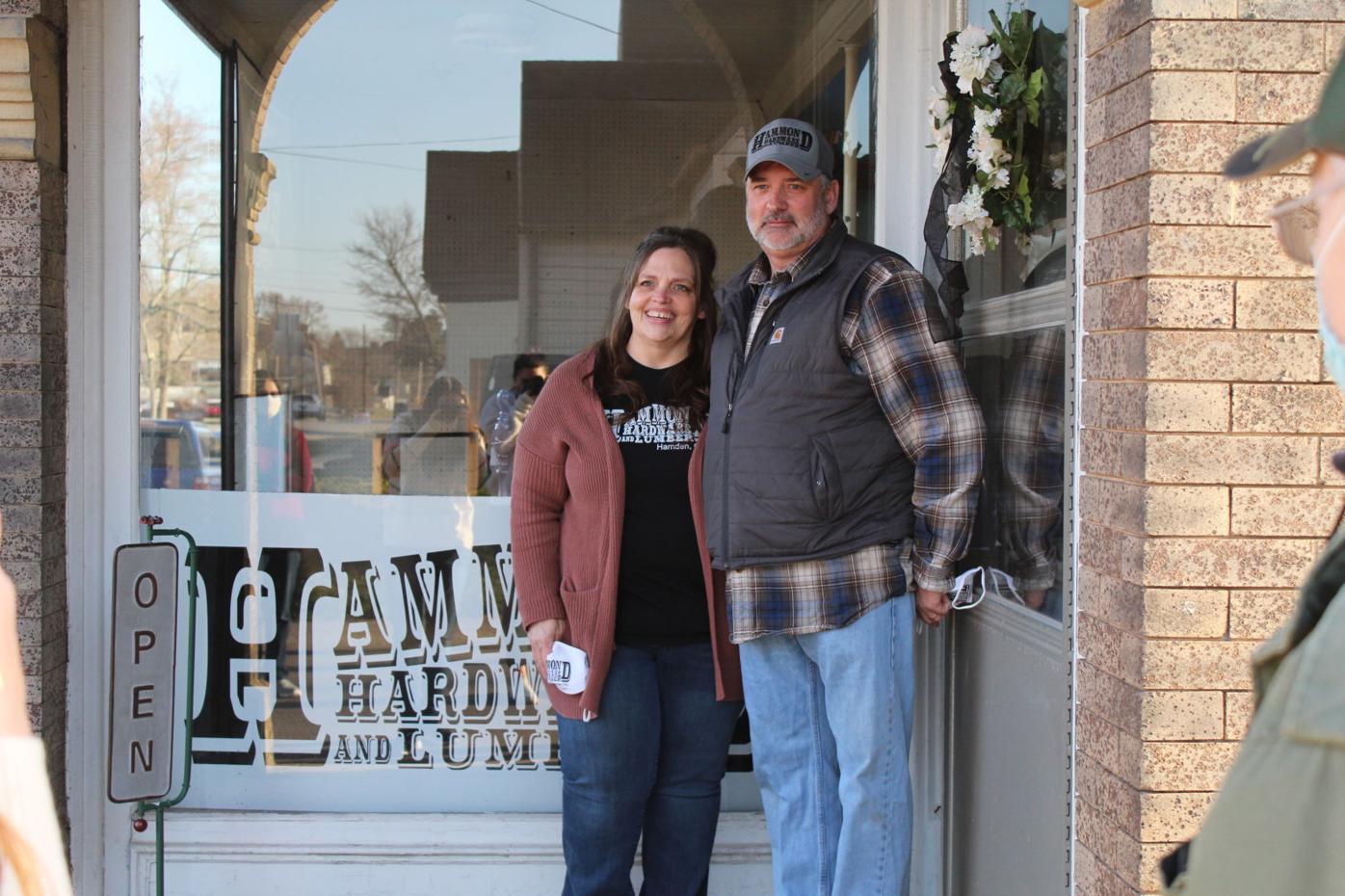 Steve Hammond, Mayor of McArthur, and his wife Melissa at the opening of their new store Hammond Hardware on March 20, 2021. 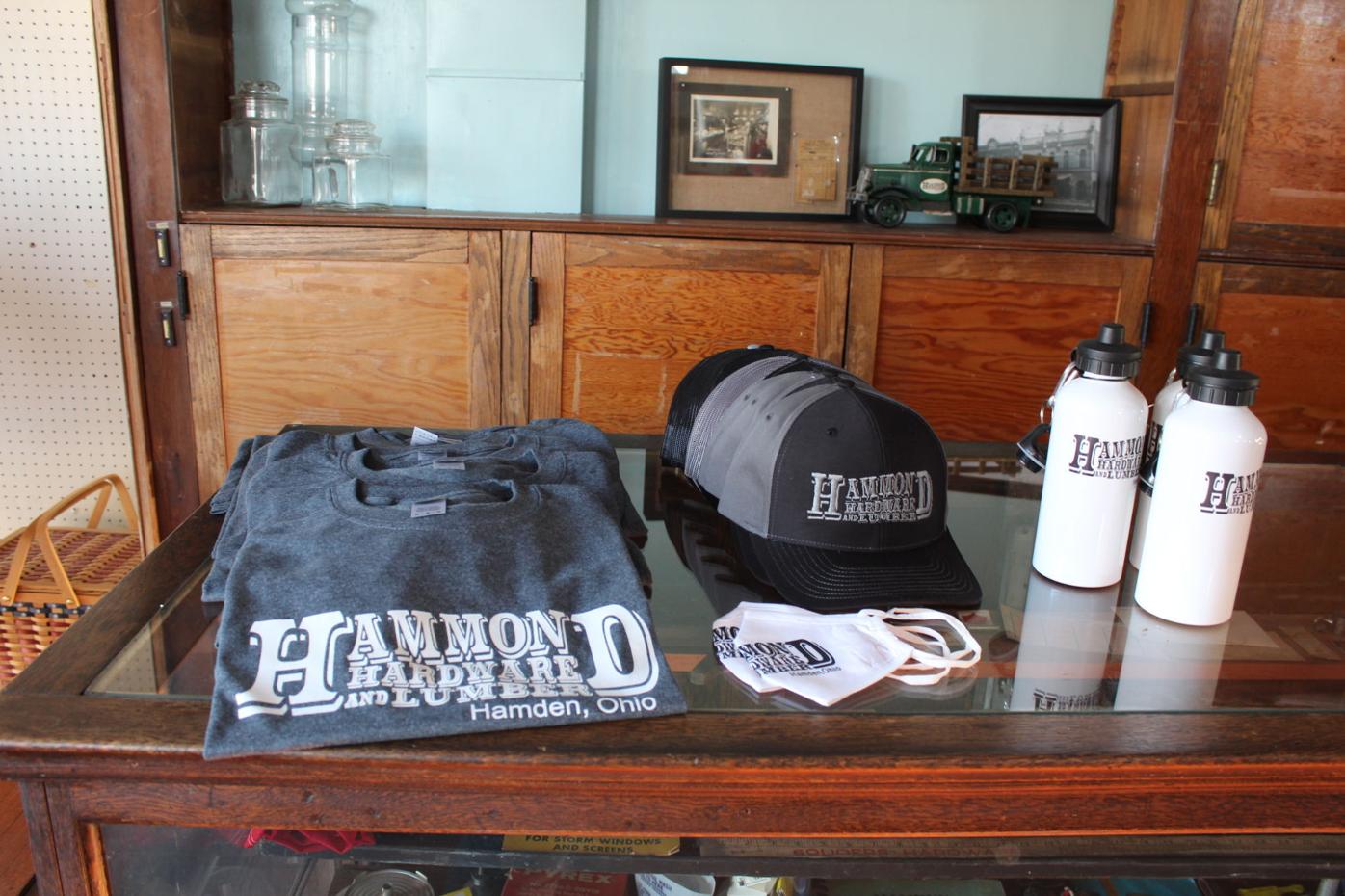 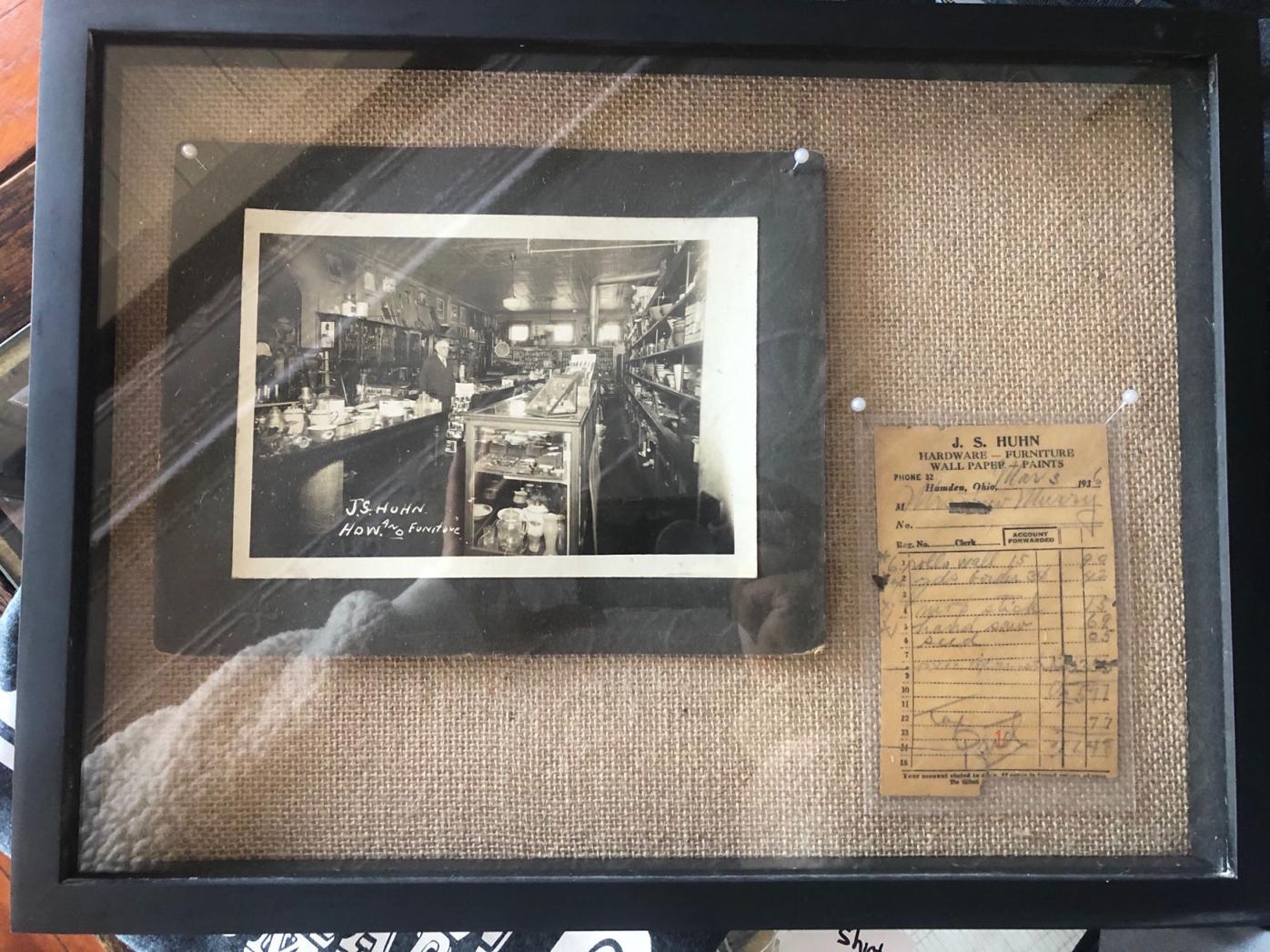 An original photo of Souder’s Hardware and a receipt from 1936 that was found in the building during renovation. The items are currently framed and displayed at hammond Hardware and Lumber.

Steve Hammond, Mayor of McArthur, and his wife Melissa at the opening of their new store Hammond Hardware on March 20, 2021.

An original photo of Souder’s Hardware and a receipt from 1936 that was found in the building during renovation. The items are currently framed and displayed at hammond Hardware and Lumber.

HAMDEN — In mid-March, Village of McArthur Mayor Steve Hammond and his wife Melissa celebrated the grand opening of Hammond Hardware and Lumber on N. Main Street in Hamden. The building was previously named Souders’ Hardware and the Sounders family ran the store for nearly 60 years.

The buildings life began back in 1902 and was built by a local banker. A curios case in the main room holds objects found in the building ranging from old receipts and photographs to antique egg decorating kits. The store held other pieces of local history including a coin good for five cents in trade at Eberts Restaurant found under a cabinet original to the structure.

Don and Lois Souders lived in the residential space above the store for 55 years. Mrs. Souders is recently deceased and was honored with a wreath on the front door as the store opened to the public. Mr. Souders celebrated his 89th birthday back in January.

Don Souders began working at the hardware store during his high school years when his uncle owned the store. The store was then passed to Don’s father and then Don and Lois bought the store in 1960.

Local pride and talent is a theme shown throughout Hammond Hardware. The store sells a variety of products including the traditional hardware items and gifts from local favorites such as Buff Lo Dip and Zaleski Candle Company. Other vendors with products in the shop include Totty’s Bend Soap Farm, made with goat milk, and Slugger Cat merchandise.

Items in the store are purchased from wholesalers and estate sales. Some of the products are made by Melissa Hammond through upcycling. She purchases items second-hand, usually decorative pieces, and revamps them to give them a new life.

Construction began the day the Hammond’s picked up the keys, starting with fixing a leak in the roof, and went down to the wire as the lighting fixtures were finished the day prior to their opening on March 20. Mayor Hammond had always loved the old building and had been looking to purchase it since the early 2010’s. The price at the time was a little too high but in December of 2019, the Hammond’s bought the property with the Souders’ blessing.

“We used to come in here when I was a kid. My uncle would bring us in every once in a while and pick up stuff. I thought if somebody don’t get it, it’ll just fall in,” explained Mayor Hammond.

Remnants of the building’s history can be seen everywhere. One of the most interesting is a line of holes on the floor that shrinks as it goes along. The holes were used to feed rope from barrels in the basement to avoid having those barrels crowding on the salesroom floor. The ceiling is original and made of tin, a architecture design popular in the late 19th and early 20th centuries.

Plans are in the works to use the neighboring building as a rental space once renovations are complete. In the meantime, Hammond Hardware and Lumber is open Monday through Friday, 8 a.m. to 5 p.m., and Saturday, 8 a.m. to 4 p.m.