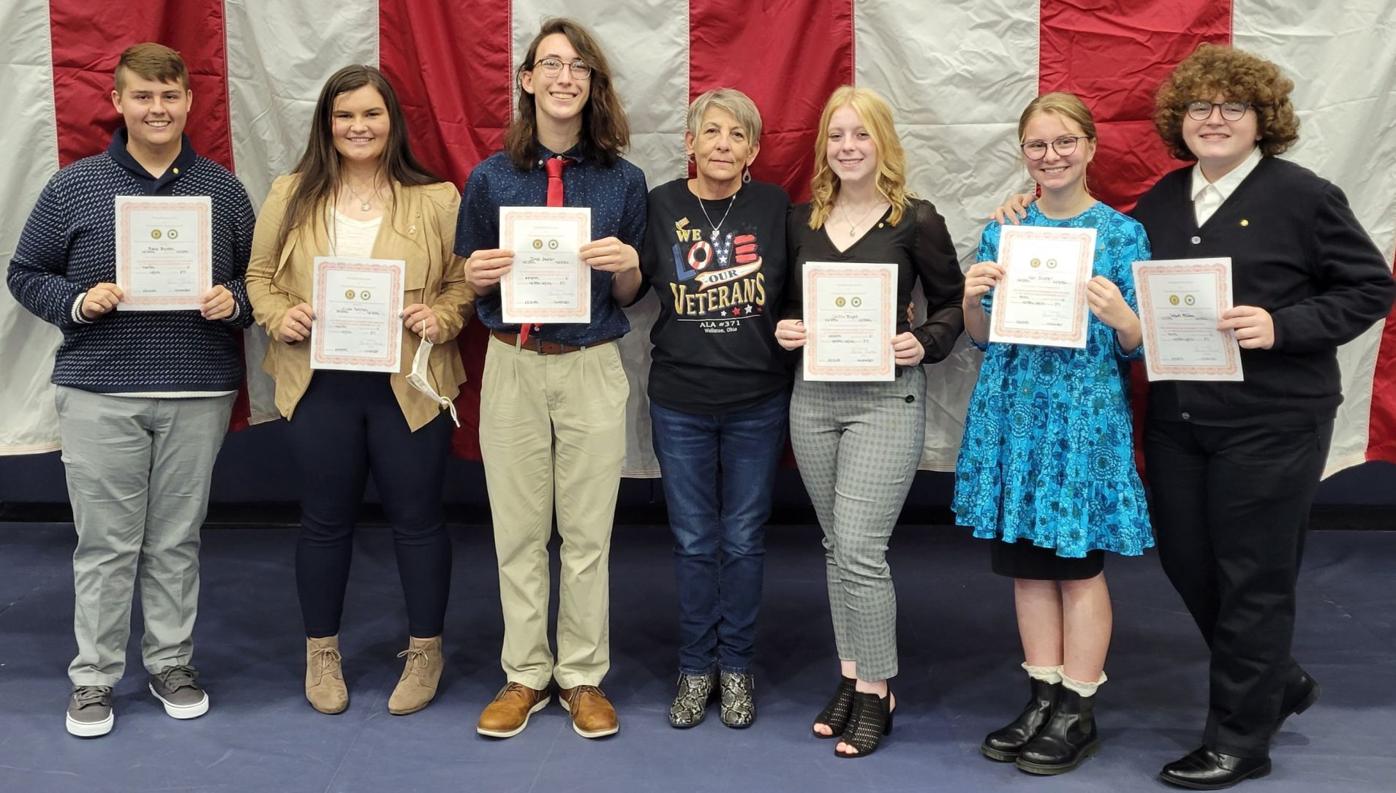 Pictured are the members of the National Honors Society that planned and carried out a Veteran's Day program. From the left are Jeremiah Frisby, Grace Plummer, Jenna Johnston, Neveah Ousley, Kamryn Karr, Faith Stevens, Alyssa Petersen and Sullivan Potter.

Pictured are the members of the National Honors Society that planned and carried out a Veteran's Day program. From the left are Jeremiah Frisby, Grace Plummer, Jenna Johnston, Neveah Ousley, Kamryn Karr, Faith Stevens, Alyssa Petersen and Sullivan Potter.

The event was closed to the general public this year, however, NHS members planned and carried out a program for the school body, VFW and the America Legion.

The program included multiple guests and performances. Pastor Jerry Lung gave a moving invocation before the Symphonic Choir, under the direction of  Natalie Davisson, sang a beautiful rendition of “The Star Spangled Banner.” Following the choir, Corporal Brandon Witt, who joined the Marine Corps in Oct. 2007, spoke to the students about the importance of sacrifices made by veterans.

Other speakers included veteran Tom Shea, who spoke about his time in the service and his support for the students. Gregg Milliken, a veteran of the Vietnam War, gave an informational speech on flag etiquette while Jim Exline helped students demonstrate the proper etiquette while a flag passes, as in a parade.

To round out the ceremony, the combined choirs sang “America the Beautiful” before juniors Caitlin Bright and Toni Bartlett performed the song “God Bless the USA” in American Sign Language. At the end of the ceremony, seniors Hadley Fain and Jeridan Remy played “TAPS.” Finally, the band, under the direction of Mrs. Emily Talley, performed “God Bless America.”

This ceremony could not have been possible without the support of the WHS administration, the Wellston VFW, the American Legion, and NHS adviser Mrs. Samantha Beatty. Thank you to everyone who participated.