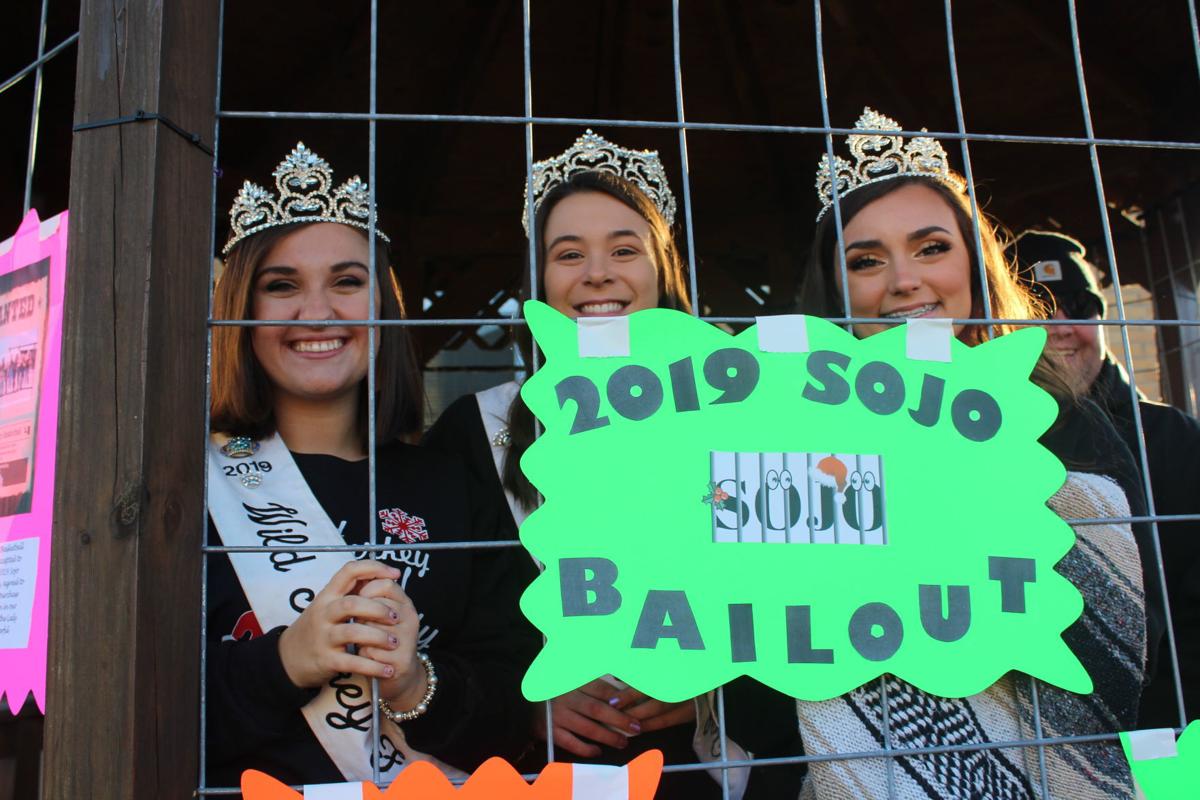 Wild Turkey Festival royalty McKenzie Radabaugh, Sydnee Knox and Taylor Moore plead with passersby to bail them out of the Sojourners “jail.” 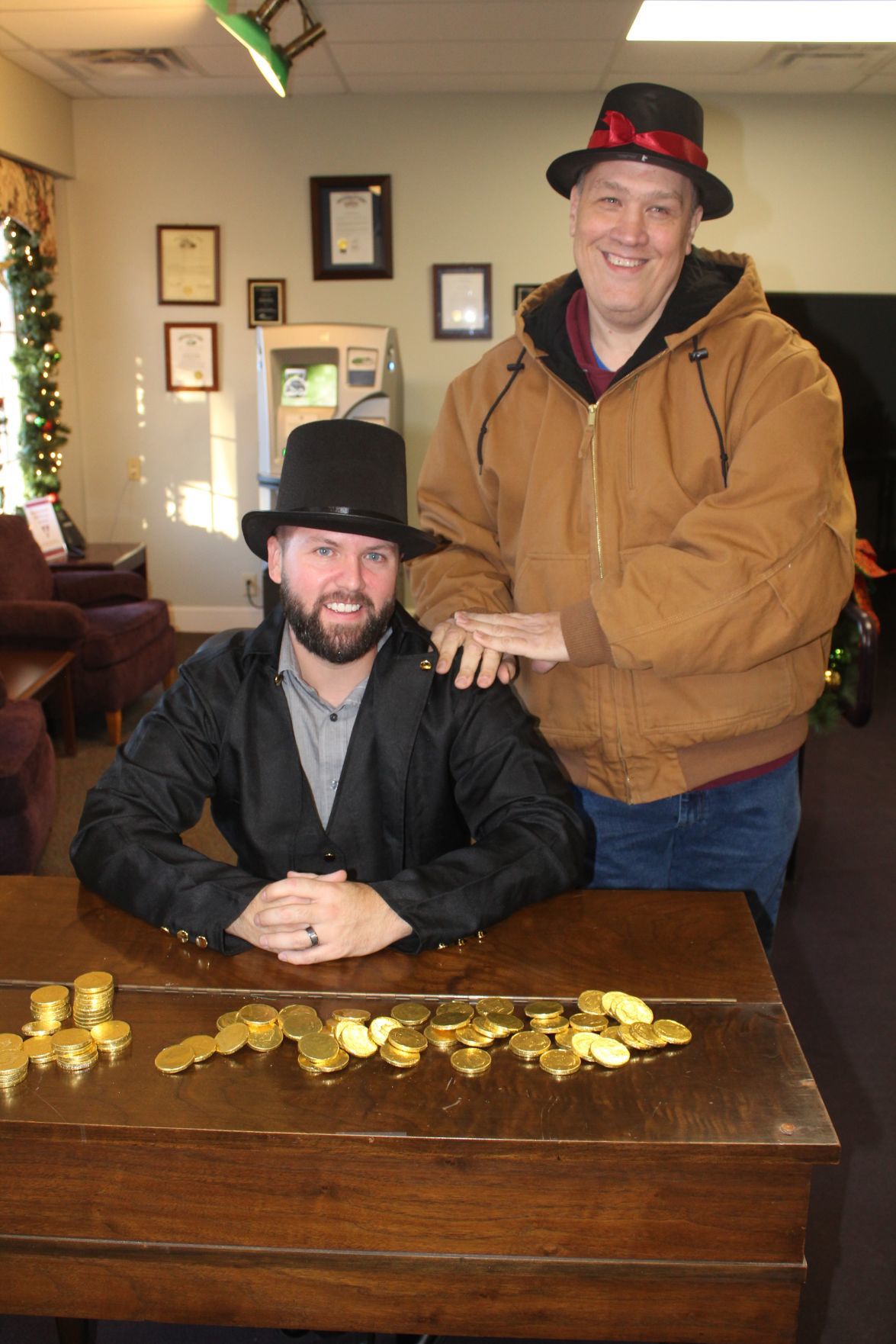 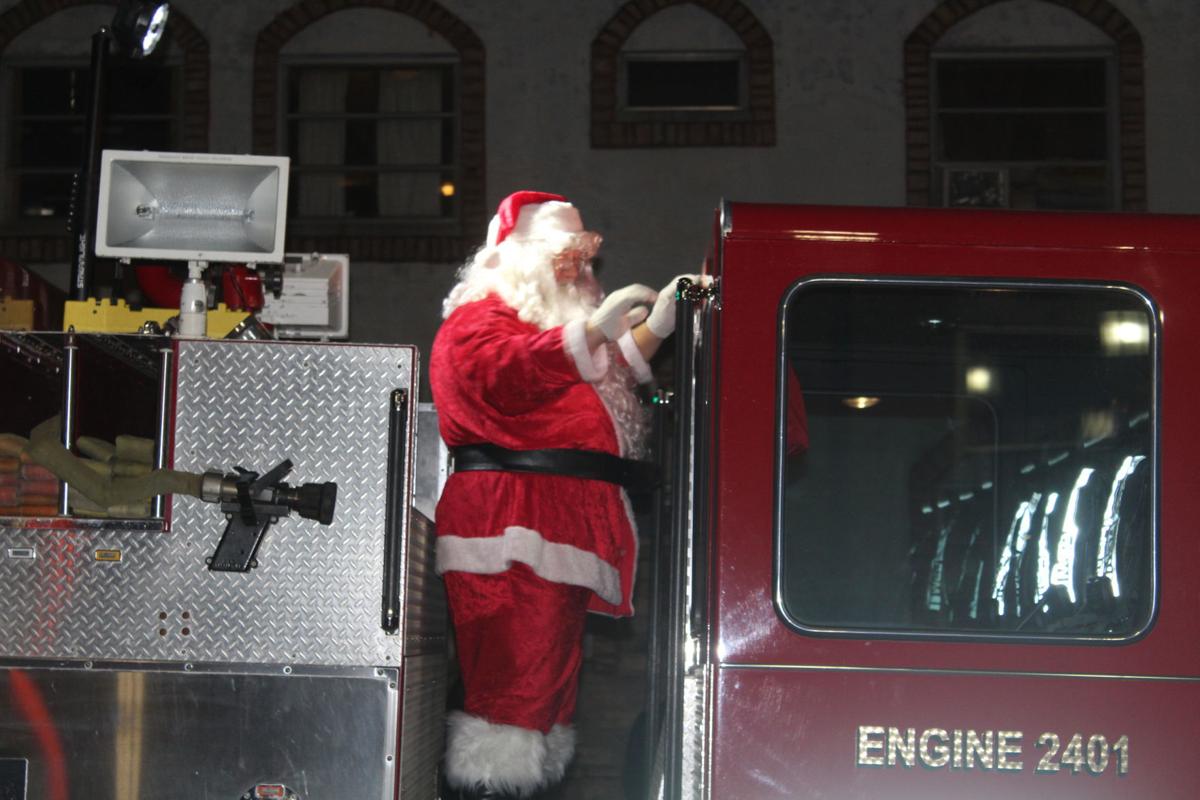 Santa rode into town atop a firetruck.

Wild Turkey Festival royalty McKenzie Radabaugh, Sydnee Knox and Taylor Moore plead with passersby to bail them out of the Sojourners “jail.”

Santa rode into town atop a firetruck.

Note: This story appears in the Wednesday, Dec. 11 newspaper on Page A6.

McARTHUR — Saturday’s weather was far from wintry, but attendees of the Vinton County Chamber of Commerce’s 16th Annual Christmas in Downtown on Dec. 7 weren’t complaining.

Those walking through downtown McArthur had the chance to step back into time, one might say.

This year’s theme was “A Dickens of a Christmas,” a nod to Victorian-era writer Charles Dickens, and many participating businesses took advantage. Vinton County National Bank invited Mr. Ebenezer Scrooge, who came with stacks of gold coins, to greet guests. Children and adults alike decorated their very own Victorian hats.

Many attendees started at the Vinton County Convention and Visitor’s Bureau to pick up their maps of participating businesses and organizations.

Aside from various festival and pageant courts, the Christmas in Downtown parade featured local businesses and organizations, law enforcement, fire departments and snow plows decorated by Vinton County students during Ohio Department of Transportation District 10 Paint-a-Plow contest. West Elementary was the contest’s winner. SOAR also marched in the parade with their well-known pair of Tyranno-SOAR-us rex.

As is custom, Santa Claus road into town atop a fire truck as he made his way to the Vinton County Courthouse to gather children’s Christmas requests and see the ceremonial tree light up. Children were lined up out the door to give state Christmas wishes.

The evening concluded at Herbert Wescoat Memorial Library, where families could watch “A Christmas Carol.”

McARTHUR — The second-ever Christmas in Downtown pageant was held on Sunday, Dec. 2.