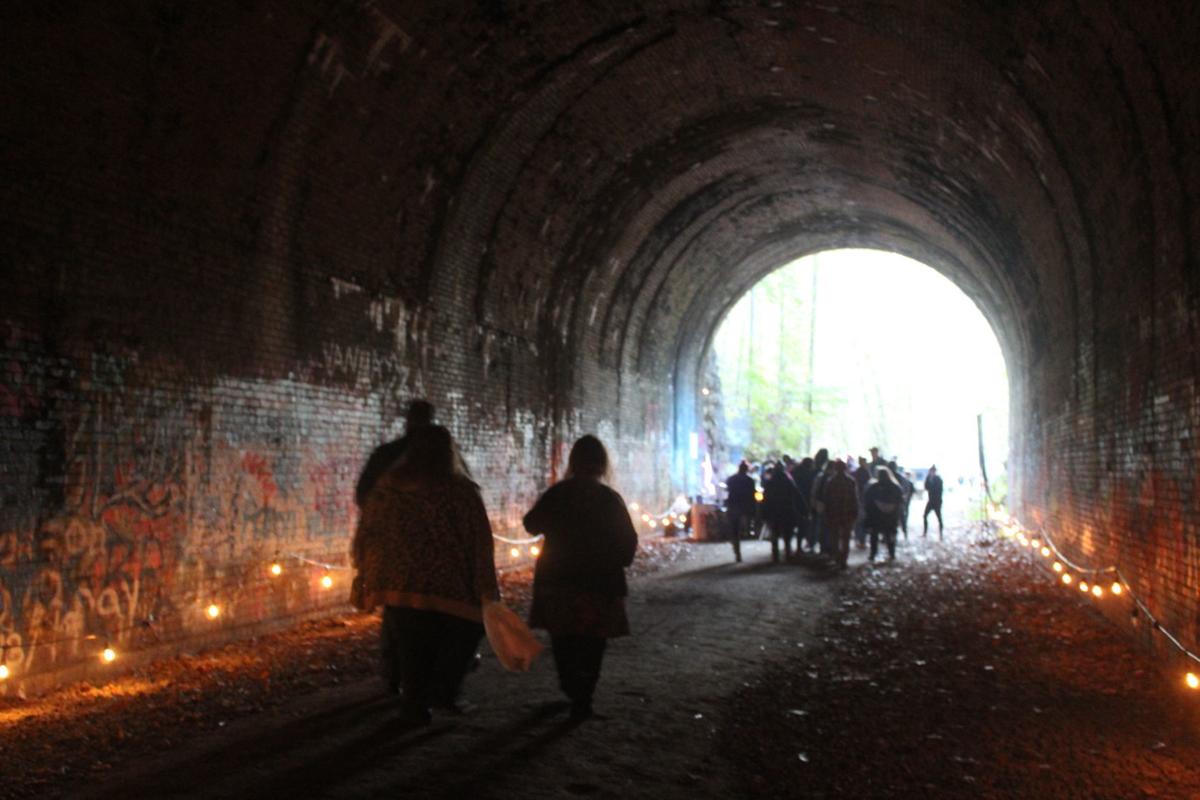 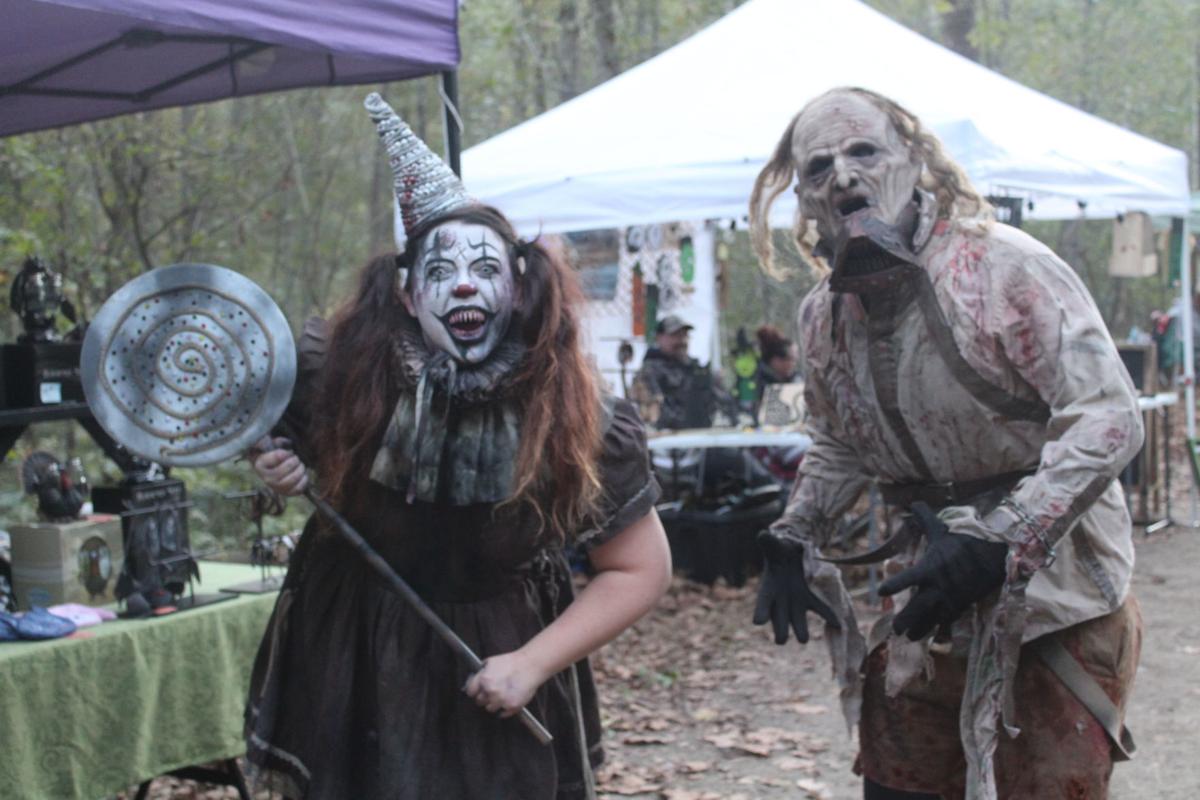 Costume-clad spooks walked around the area during the Midnight at Moonville festival to give people a fright. 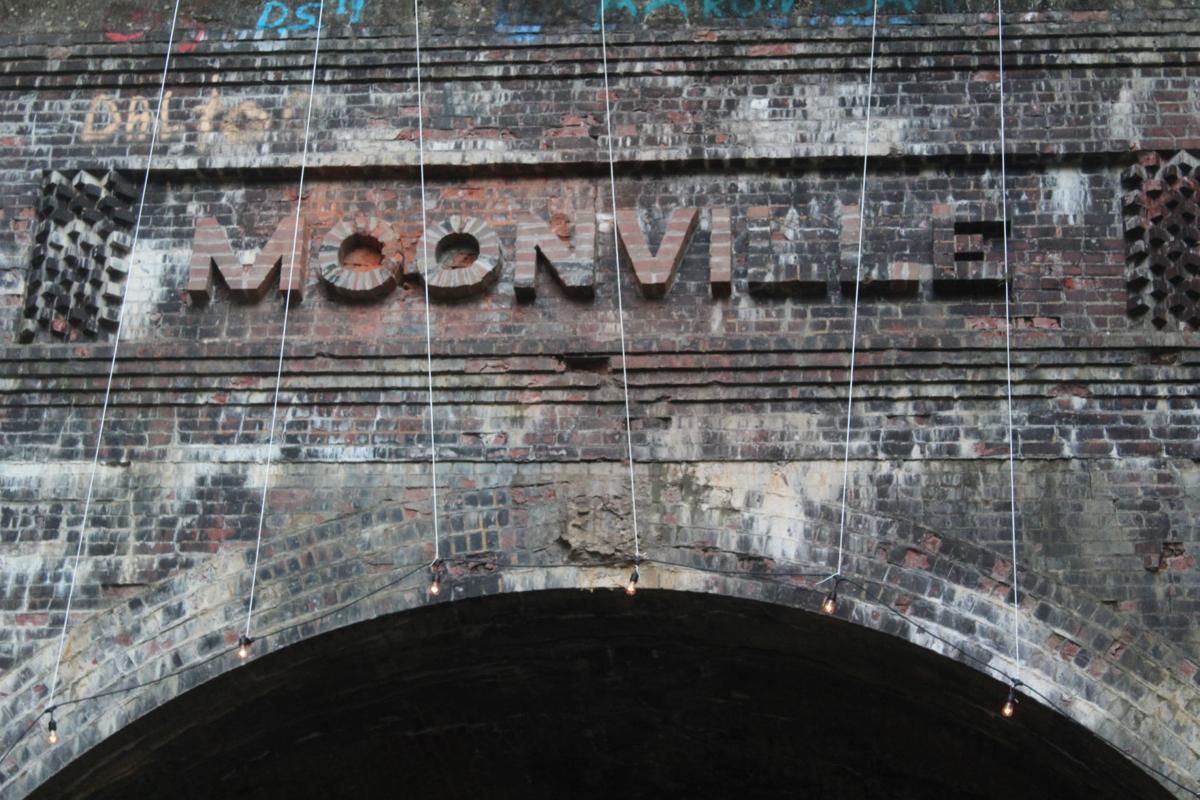 Costume-clad spooks walked around the area during the Midnight at Moonville festival to give people a fright.

Note: This story appears in the Wednesday, Oct. 16 newspaper on Page A1.

A crowd favorite detailed the Appalachian legend of the “Hairy Man.” The story goes a little like this: Wiley, the son of a Green Woman (someone who was knowledgeable of plants and their medicinal uses while also having the ability to cast spells), was sent into the woods to collect herbs. He had multiple interactions with the Hairy Man, who was known to eat people and delve into black magic.

When Wiley’s mother couldn’t use magic to protect him, Wiley used his wits; and with his wits came his pack of loyal dogs. Bennett told the crowd that as the legend has it, you can still hear the howling and barking of Wiley’s dogs as they pursue the wicked Hairy Man.

Well, not at Moonville. Music resonated through the tunnel as musicians played for passersby or festival-goers who stuck around. Entertainment for the evening included Todd Martin, Joe Rollin Porter, Donna Mogavero and J.D. Hutchison.

The night was full of surprises for festival-goers, some unintended.

A generator on one side of the tunnel stopped working for a short time, immediately filling the tunnel with darkness. Those inside the tunnel at the time weren’t really phased: Hutchison continued his performance, singing a little louder. People exploring the tunnel whipped out their cellphones to illuminate their path.

A team dressed in scary costumes crept along the grounds, stopping to talk to Moonville explorers or even give them a fright.

Bennett had a story perfect for that. A man on his way to a country bar stumbled upon a barn atop a hill. He investigated and found a lively party going on, with music and dancing and people dressed in seemingly old-fashioned costumes. He was welcomed with open arms by the group, and after dancing and merriment, they asked him to make a toast.

He raised his glass and wished everyone a long and prosperous life, or something to that effect, Bennett said. As soon as the man did, though, silence fell over the crowd. In a flash, everyone began decomposing, their skin following off and their bones withering away. The lights went out in the barn leaving the terrified and confused man in darkness.

Bennett’s audience, too, was very silent. Some confused, some a little scared.

Scares were all a part of the Midnight at Moonville experience, after all. A horse-drawn wagon brought the curious up the hill to Moonville’s cemetery. A tarot card reader told people their fortunes in her tent on the path toward the tunnel.

In addition, the Ohio Paranormal Research Investigation Society in Motion (P.R.I.S.M). held a paranormal investigation at midnight, bringing equipment for those brave enough to look for Moonville spooks.

The tunnel does have a history of hauntings. Many have reported seeing apparitions of some kind while exploring the area in or around the tunnel. Many fatal accidents or odd deaths have occurred in the county’s ghost town, too.

But the tunnel’s story isn’t purely paranormal or in the distant past. The Moonville Rail Trail Association made recent improvements to the tunnel’s outside, adding bricks to the lettering so visitors can now see “M-O-O-N-V-I-L-L-E” clearly spelled out.

The mystery of Moonville Tunnel may also become a little more recognized: Moonville Rail Trail Association submitted an application to Ohio History Connection to add the tunnel to the National Register of Historical Places.

Moonville may be a ghost town, but its story lives on.