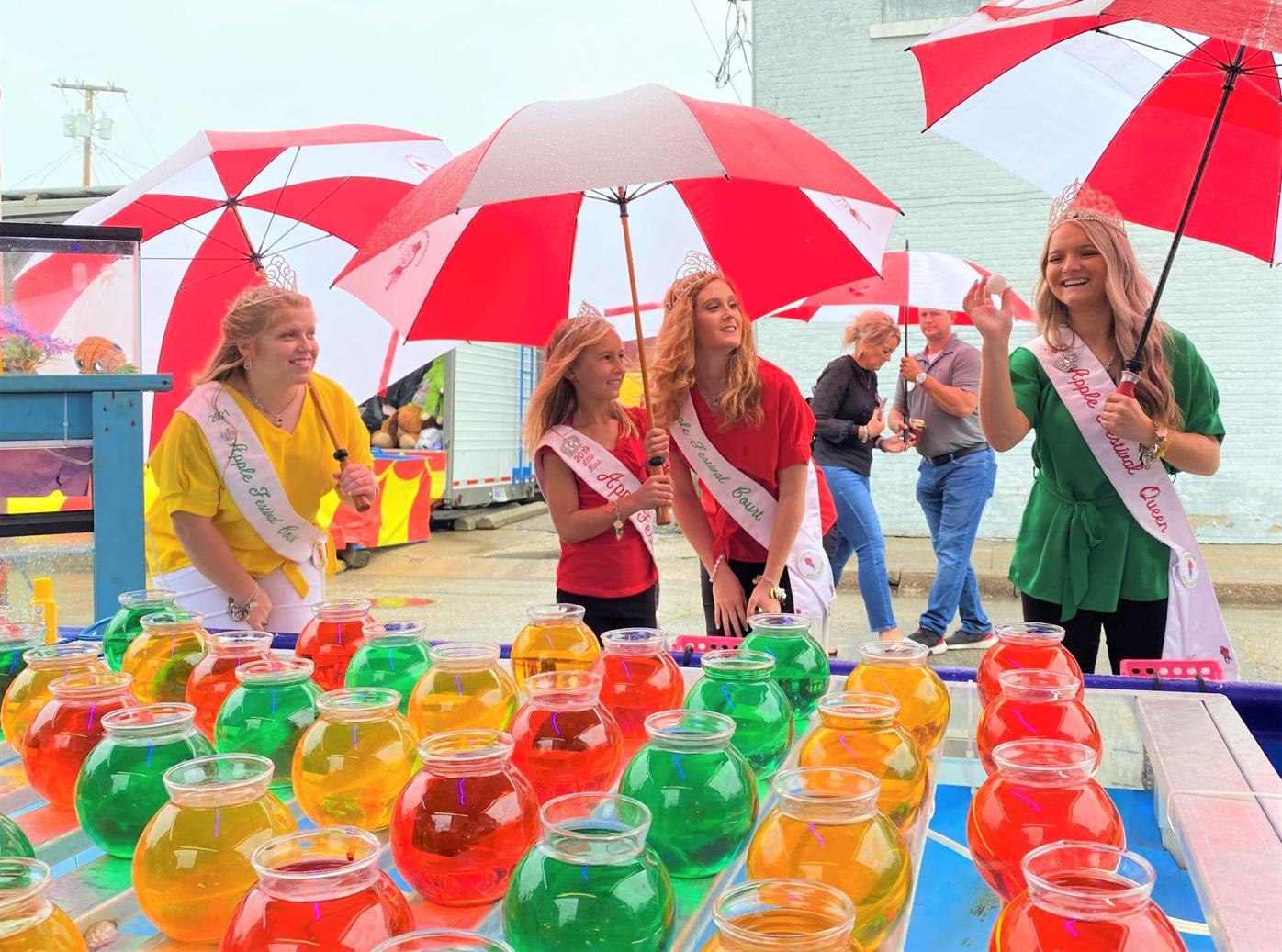 Jackson Apple Festival Queen Kaydee Brown is pictured trying her hand at the fishbowl carnival game, while her court looks on. 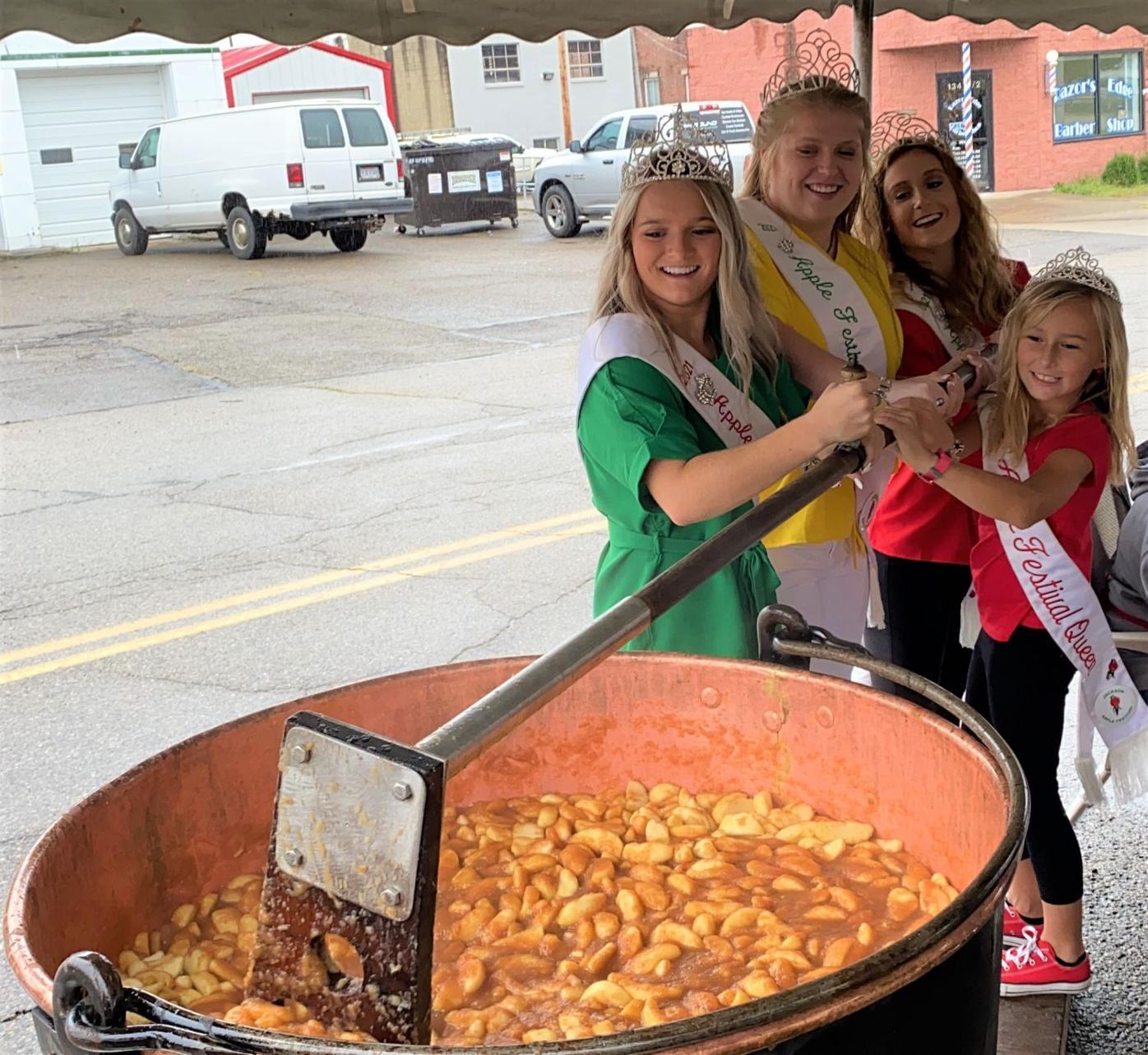 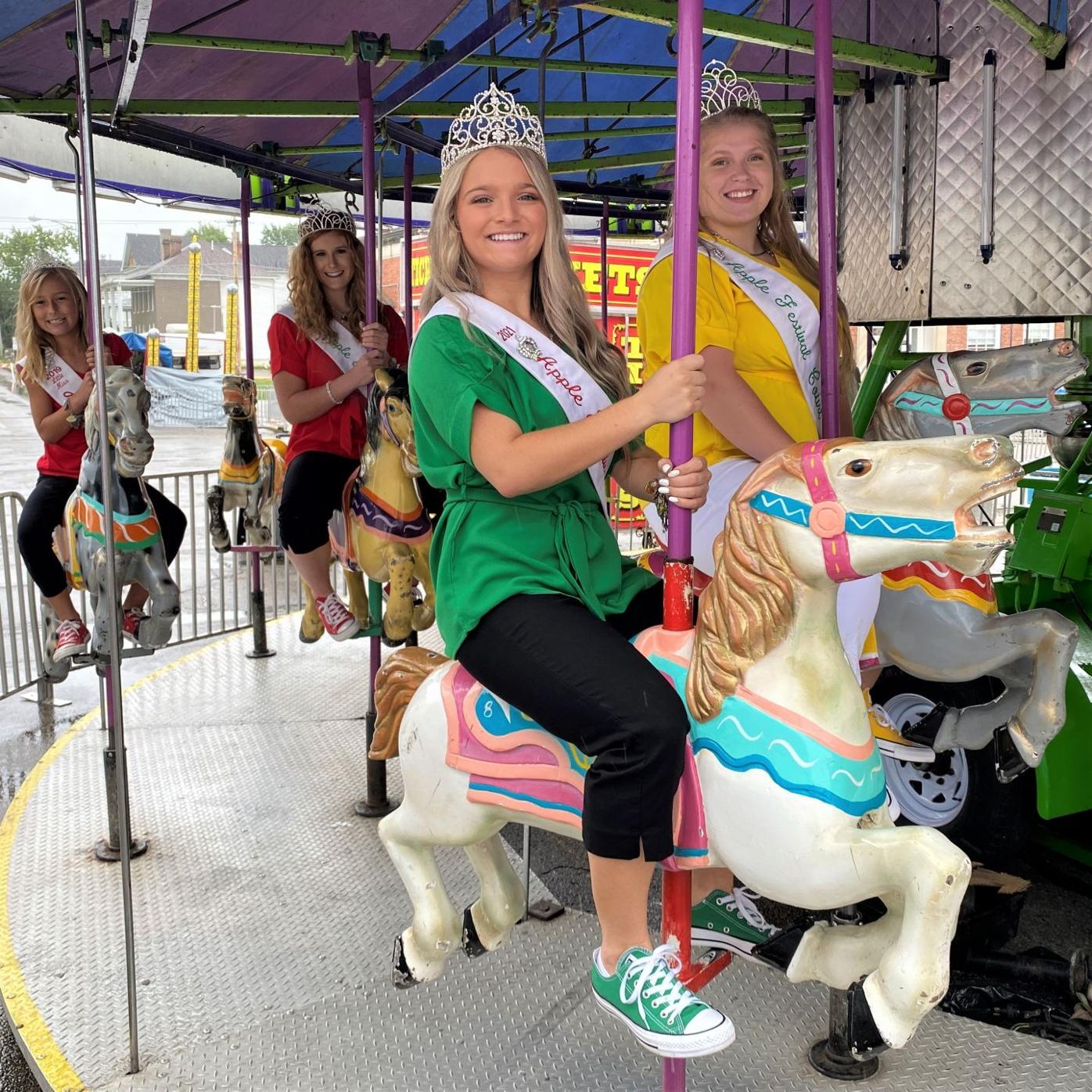 The girls are pictured checking out the merry go round at the Apple Festival.

Jackson Apple Festival Queen Kaydee Brown is pictured trying her hand at the fishbowl carnival game, while her court looks on.

The girls are pictured checking out the merry go round at the Apple Festival.

Joining them for the tour on Tuesday, Sept. 21, was 2019 Little Miss Apple Festival Kennedy Knittel, and the royalty’s chaperones Rob and Sharilyn Leonard.

The group made a few stops around the festival this year.

The first stop on the Royalty’s Apple Festival Tour was the Victory Grange Apple Butter tent, located in front of the Memorial Building. While at the tent each of the Apple Festival Royalty took turns stirring a huge pot of apple butter. The Grange’s Apple Butter has been a mainstay at the festival for over 60 years.

The royalty stopped at just one ride and one attraction this year due to the rain. They checked out the merry go round and the fishbowl carnival game.

Back in April, the girls were chosen out of a pool of 12 young ladies.

Brown is the daughter of Phil and Deanna Howard and Steve Brown. She attends Jackson High School.

Clark is the daughter of Keith and Michele Clark. She is a graduate of Oak Hill High School. After high school, she planned on entering the Military (Marine Corps) and wants to join “The President’s Own” United States Marine Band.

Morris is the daughter of Dr. Brian and Jamie Morris. She attends Jackson High School.

This was Rob and Sharilyn’s first year as being royalty chaperones.

“Two of my daughters have experienced this, and it does a lot for the girls,” said Rob. “My girls got a lot out of it, and still are. We just thought we’d take our turn. Someone chaperoned our kids, and there was an opening, so we are doing it. This is a remarkable group of girls.”

Sharilyn added, “I just think they have been wonderful ambassadors for Jackson County and the Jackson Apple Festival.”

The couple replaced Ryan and Kristen Shoemaker who stepped down and had served for about four years as chaperones. The Shoemakers took over for Judy and Curt Wiggins in 2017. The Wiggins had served as chaperones for 16 years.