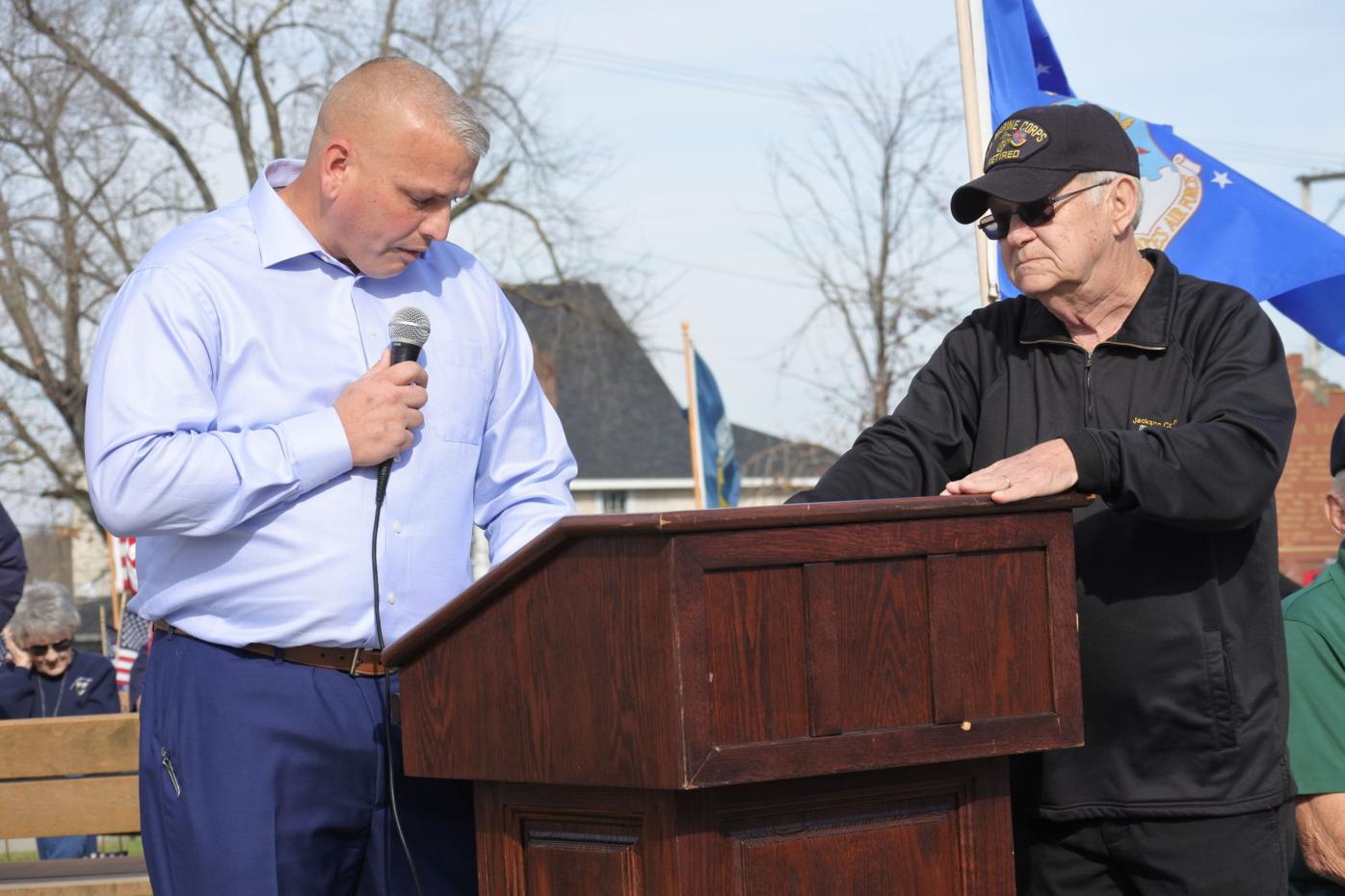 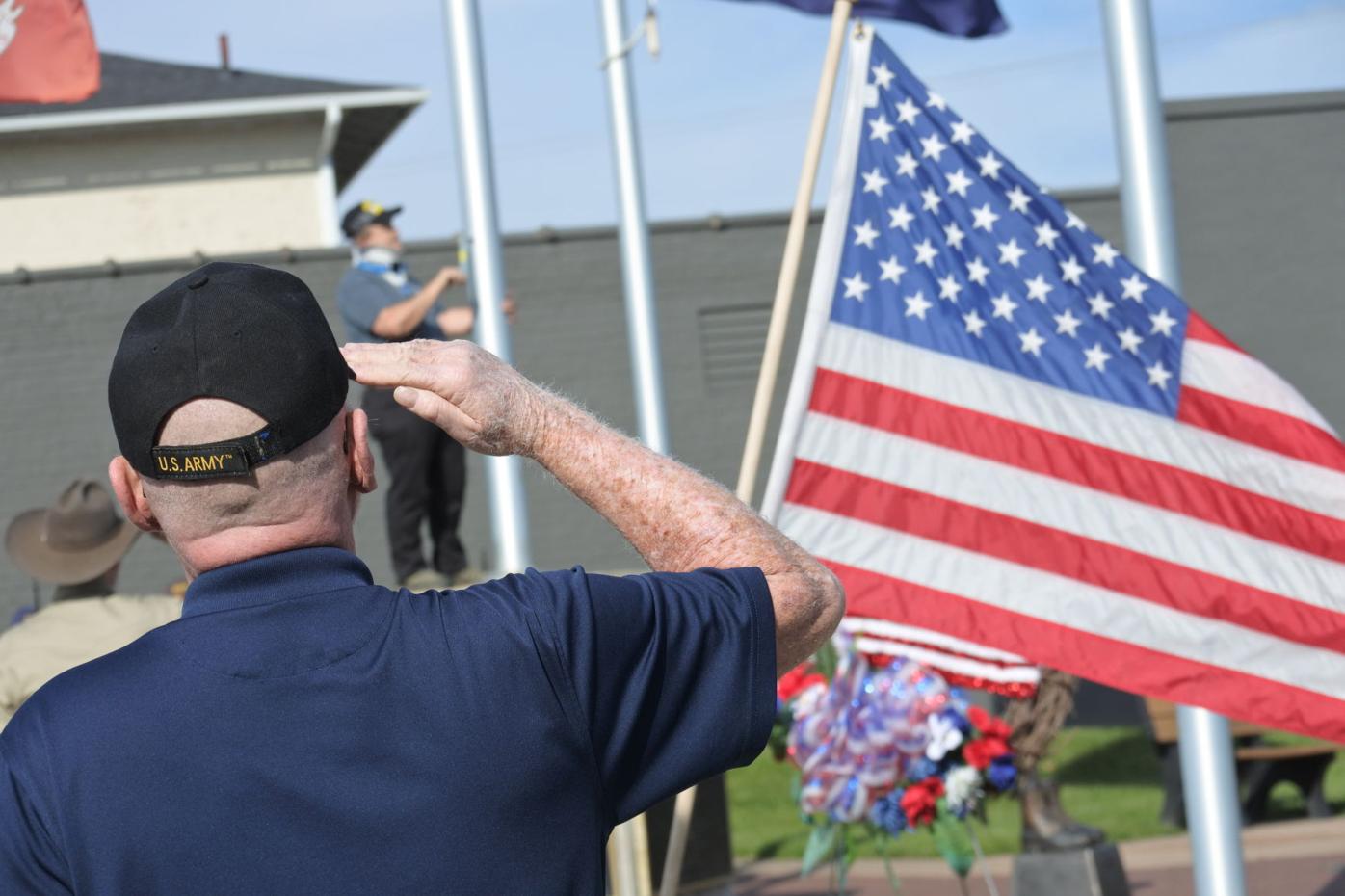 A U.S. Army Veteran is shown saluting the American flag during the flag raising portion of the Veteran’s Day Program.

A U.S. Army Veteran is shown saluting the American flag during the flag raising portion of the Veteran’s Day Program.

JACKSON — A Veteran’s Day Program was held in Jackson on Thursday, Nov. 11.

The program was open to the public, and was held at Veteran’s Park on the corner of Portsmouth and Main Streets in downtown Jackson.

It kicked off with a welcome by Robert Bragg, who served as the master of ceremonies. Bragg is also on the Veterans Service Commission.

Next, Scott King gave an invocation. King went on to thank and remember all men and women who have served.

This was followed by the Jackson High School Marching Ironmen performing the Star-Spangled Banner. While the band played, the flag was raised and lowered by the American Legion Post 81.

Then, Veterans Service Commission President Jerry Gearing led the community in the Pledge of Allegiance.

Brenner is a fifth generation veteran. He was born at Misawa Air Force Base.

After his father retired from the military in 1991, the family returned to Wellston, where he graduated from Wellston High School in 1995. After graduation, he enlisted in the United States Air Force.

Following 21 years of service, Brenner retired and returned to Wellston with his wife, Sharon, and two sons AJ and Luke. While serving, Anthony earned a Bachelor’s degree in Business and a Master’s degree in Education.

Anthony currently owns his own business, is the Wellston City Service Director, the Wellston varsity soccer coach and serves on the Jackson County Veteran’s Commission.

Brenner told those in attendance that he was truly honored and humbled to have the honor to speak at the program. He talked about his time in the Air Force and talked about those who continue to serve in the community.

Next was the laying of the memorial wreath. A widow of a Korean War Veteran, Bernadine (Krumm) Johnson, had the honor of placing the wreath. Bernadine’s late husband, Ray Johnson, age 87, of Jackson, passed on April 6, 2020. He served in the United States Marine Corps during the Korean War.

The program wrapped up with two members of the Jackson High School Marching Ironmen playing “taps” with echo. Then Scott King gave the benediction.