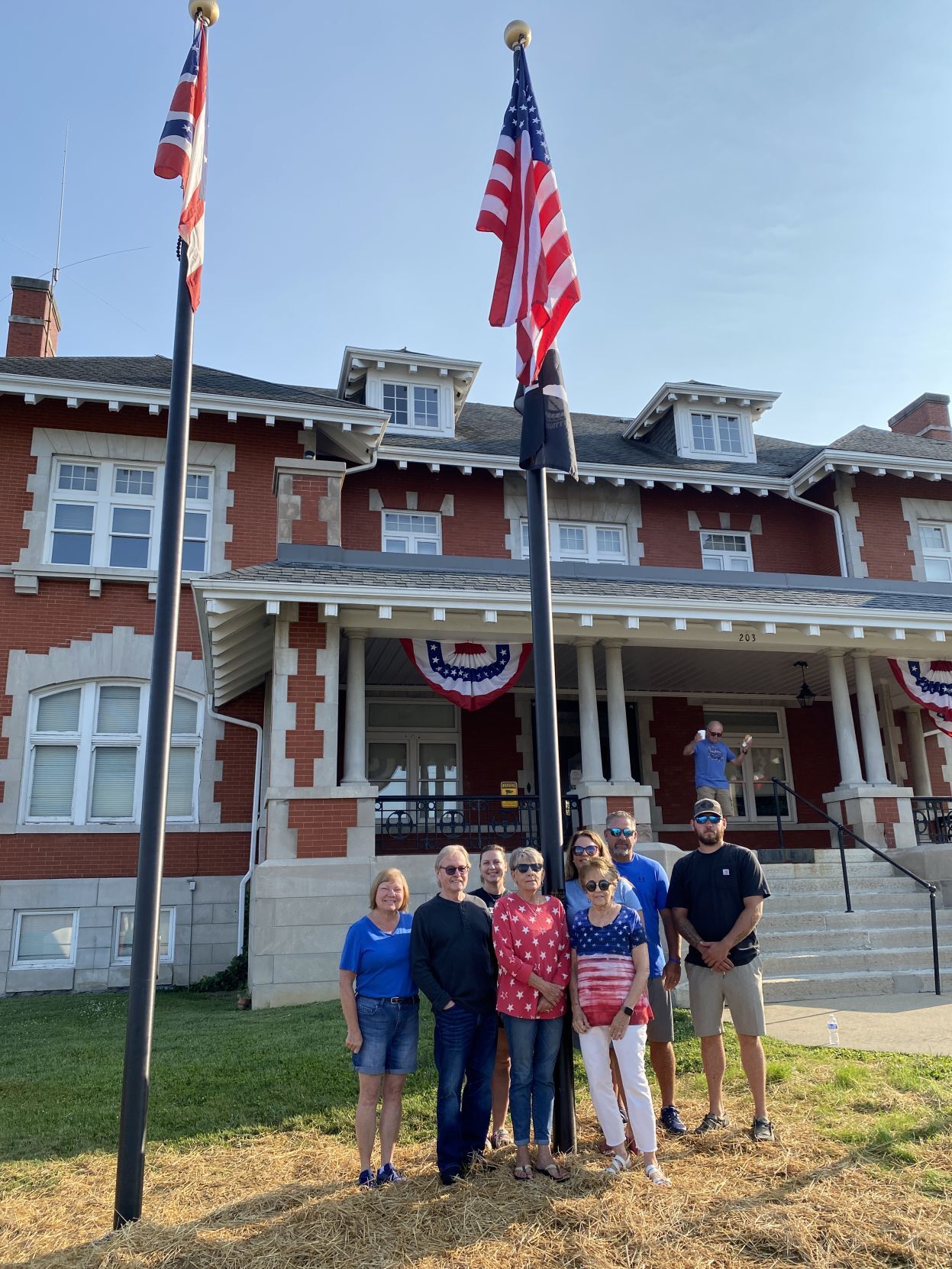 Chris Barber’s wife Peg, along with family, are pictured with the new flag poles following the dedication ceremony.

Chris Barber’s wife Peg, along with family, are pictured with the new flag poles following the dedication ceremony.

WELLSTON — The City of Wellston paid tribute, to a former Wellston Service Director, and 4th Ward City Councilman, by dedicating a pair of new flag poles in his honor.

The new flag poles were dedicated in honor of the late Chris W. Barber, who passed away at the age of 71, earlier this year (March 21, 2021).

The City of Wellston, with assistance from the Wellston American Legion Post #371, held a special dedication ceremony on the front lawn of the city building on Saturday, July 3.

Many were present for the ceremony, including Barber’s wife, Peg, and family. During the ceremony, the Legion raised the American flag, the Ohio flag and a POW flag, performing a few other activities.

Wellston Service Director Anthony Brenner had previously explained after the new flag poles at the city building were installed that they should be dedicated in honor of someone, and he thought of Barber.

Brenner described Barber as an honored veteran, hard worker, loving family man and a great friend to many.

Wellston Mayor Charlie Hudson agreed with Brenner, and he had echoed much of what Brenner had said at the ceremony. He had also told a few stories about Barber.

Barber, who was a 1968 graduate of Jackson High School, was a proud veteran of the United States Army. He was drafted in 1969 during the Vietnam War, having been stationed at Fort Sill, Oklahoma, and he served 18 months in Germany before his honorable discharge in 1971. He was later the Past Commander and Officer of the Wellston American Legion Post #371; and involved in the D.A.V.; Honor Guard; Sons of the American Legion; 40 & 8; V.F.W. Post 9092; and AmVets.

He was a former employee of G&J Auto Parts, Parts Plus and Big A Auto Parts for 23 years. Following those years, he was employed at Dallas Chevrolet in Jackson and later retired from Rumpke Waste and Recycling.

Barber was laid to rest, with military honors, on March 27, 2021, in the Ridgewood Cemetery.