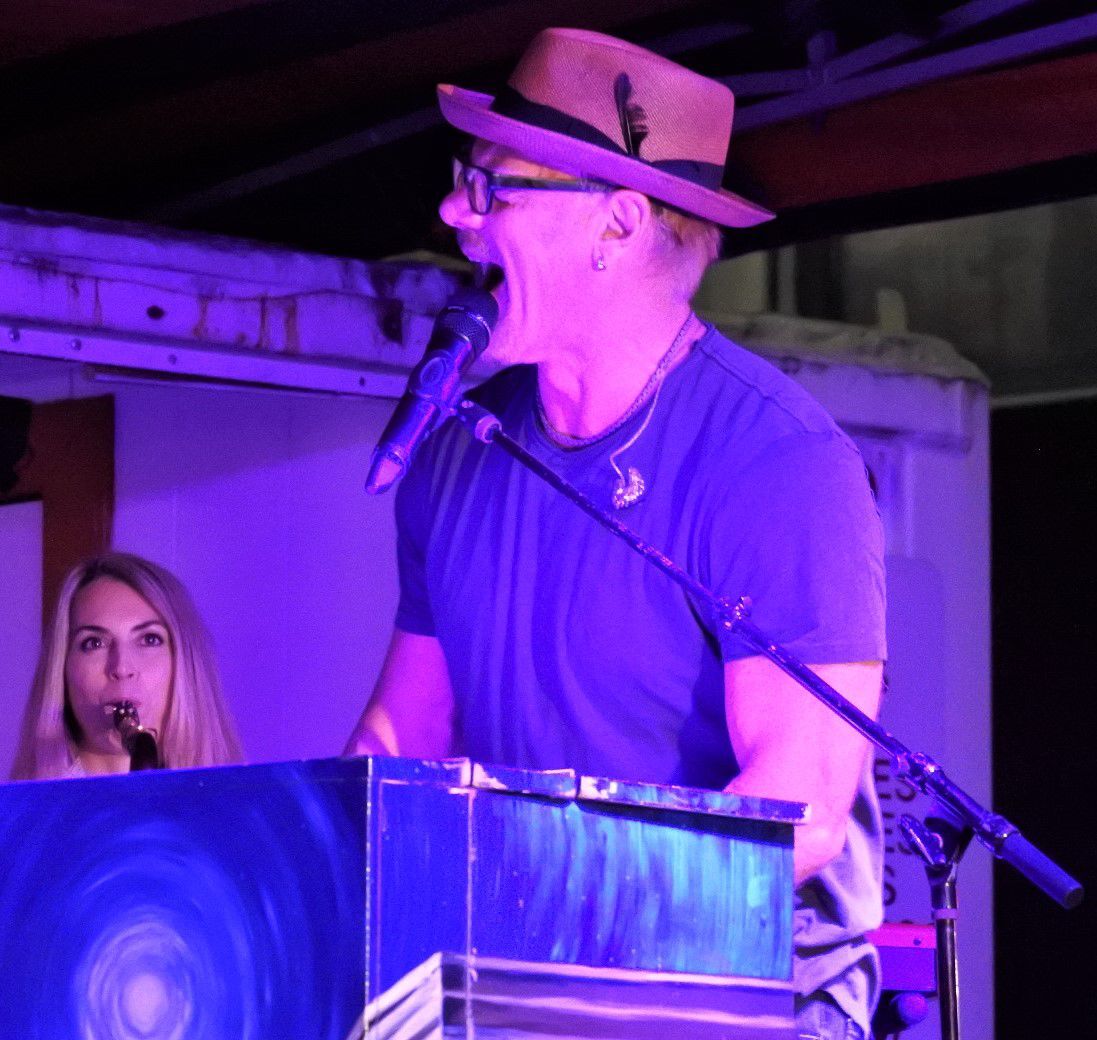 Phil Vassar, who is a piano-playing singer and songwriter from Nashville, TN, is pictured performing on the Bellisio Foods Main Stage in downtown Jackson. His performance drew a huge crowd on a beautiful, cool crisp fall evening on Sept. 24. 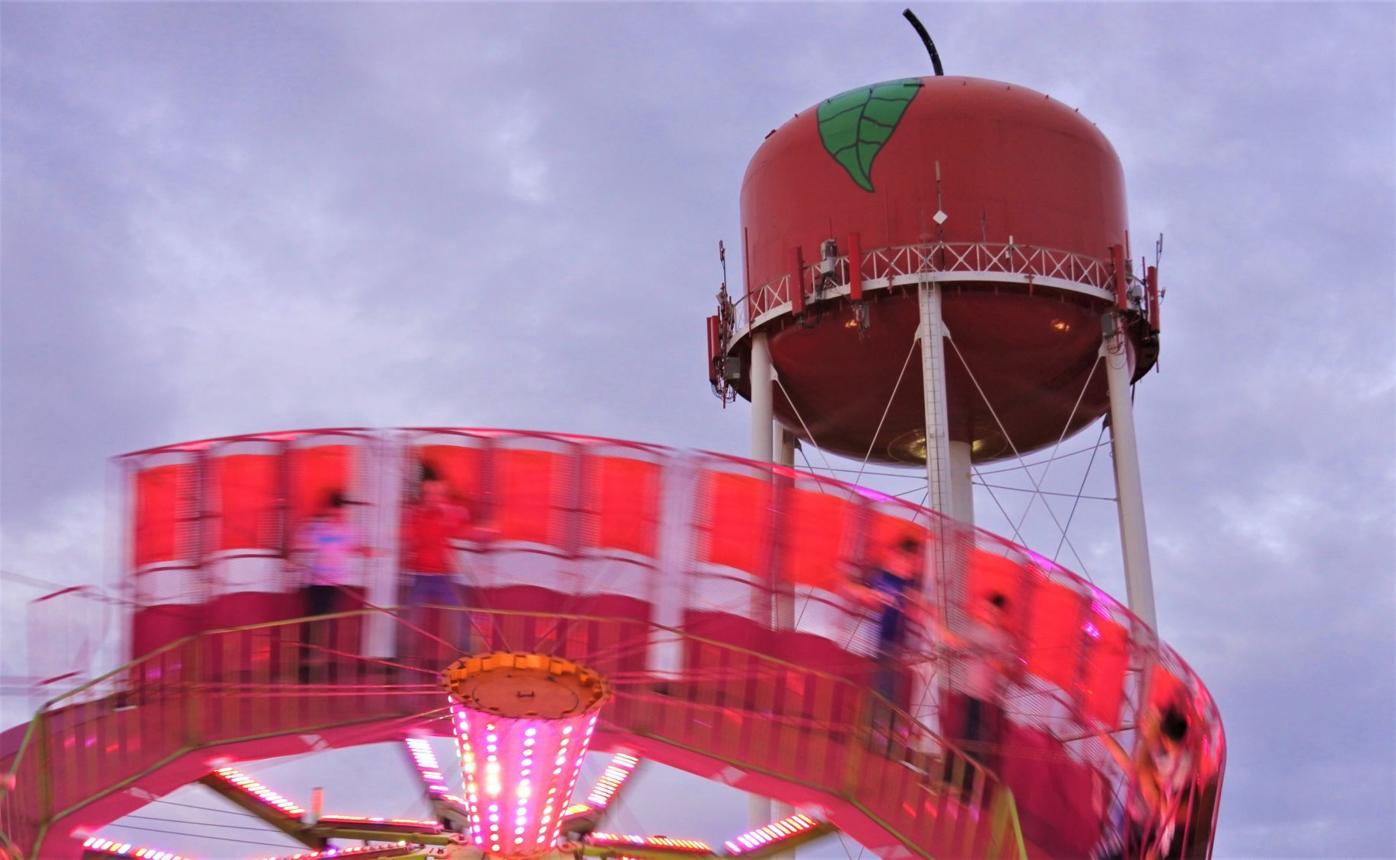 Children are pictured enjoying a carnival round up ride during the 80th Jackson Apple Festival, while the Apple Tower overlooks the festival in the background.

Phil Vassar, who is a piano-playing singer and songwriter from Nashville, TN, is pictured performing on the Bellisio Foods Main Stage in downtown Jackson. His performance drew a huge crowd on a beautiful, cool crisp fall evening on Sept. 24.

Children are pictured enjoying a carnival round up ride during the 80th Jackson Apple Festival, while the Apple Tower overlooks the festival in the background.

JACKSON — The 80th annual Jackson Apple Festival returned this year after taking a hiatus in 2020 due to the COVID-19 pandemic.

Festival-goers ventured out to the Apple Festival to make memories while the global health pandemic continued in the background.

The festival had its five-day run, which began on Tuesday, Sept. 21, and ended on Saturday, Sept. 25.

Claiming second place was Tammy Kent with 48.5 inches, while Tim Tilley got third with 42.5 inches.

The Jackson High School Marching Band then marched up the street and gathered in front of the stage to play a hand full of songs for those in attendance.

Next, Jackson Apple Festival President Brandon Davis approached the mic to welcome everyone to the festival. Davis noted that the festival is a 365-day project made possible by the hard work of the members of Jackson Area Festival and Events (JAFE) Committee.

He then invited Jackson Mayor Randy Evans up to say a few words, and he said, “I hope you have a good time and hope the weather holds out.”

Davis then introduced two community outreach representatives from around the state. He also accepted commendations and letters from those individuals on behalf of the festival.

Aston added that the health department doesn’t want to close down events, they want to say “yes” to events happening. He reminded that folks should social distance (six feet) as much as they could, that they could wear a mask, to keep their hands clean, and he encouraged festivalgoers to get vaccinated.

2021 Jackson Apple Festival Grand Marshal Randy Heath said a few words after the queen and court. He thanked JAFE and said that being chosen as grand marshal was one of the greatest honors of his life.

Heath then had the honor of “re-crowning” the 2021 Jackson Apple Festival Queen and Court.

The opening ceremony then concluded with the cutting of the festival ribbon, which was simultaneously cut by Davis, Evans, Heath, Brown, Clark, Morris and Knittel.

A large crowd of festival-goers gathered around the main stage Tuesday evening to enjoy the ever-so-popular lip-sync contest.

Jeri Basiden claimed first place in the age 14 and up category. Second place went to Mary McGuire, and third place went to the duo of Elder Hood and Elder Bangerter.

Festival-goers attending the Apple Festival on Wednesday, Sept. 22, found an unforgiving rain that left everyone and everything wet and soggy.

Wednesday of the festival, “Kids Day,” featured a school parade, and many contests were held throughout the day. Despite the pouring rain Wednesday morning, the school parade marched on.

However, the rain caused the cancelation of the Columbus Zoo’s animal presentation. It also delayed the opening of rides, which many parents were upset about because Adena Health Systems had sponsored free rides from 12 p.m. to 4 p.m. that afternoon.

The rain did eventually let up and some rides opened, but a drizzle returned during the opening parade in the evening.

The fun continued on Thursday with parents trying their hand at the baby stroller race.

In 2019, longtime baby doll, Elvis, used for the race was retired. The committee announced that year that a new baby doll named Lionel Richie was taking over.

The evening music was a tribute to Jimmy Buffet as the band “Parrots of the Caribbean” performed on the main stage.

Everyone gathered to listen to a man whose reign of signature songs includes 10 number one singles and 26 Top 40 hits.

That man — Phil Vassar, who is a piano-playing singer and songwriter from Nashville, TN, drew a huge crowd around the Bellisio Foods Stage in downtown Jackson. He played for several hours.

Saturday (9-25-21) of the festival, which was the final day, featured a large slate of events.

A pretty baby contest was held up the street later on the Bellisio Foods Main Stage. Several boys and girls competed in the contest. At the end of the contest, Beckham Oliver was named the 2021 Little Mr. Appleseed, while Amara Morris was named 2021 Little Miss Appleseed.

There was a brief intermission during the top 10 contest, for the Hog Wild presentation of winners.

Most Creative/Original went to Piggly Wiggly of Oak Hill and their hog — 1941 Premier of “Dumbo” pig.

Top Hog and Most Facebook Likes went to Dakota’s Jackson and their hog — Petunia.

These pigs, along with 36 others, collected a total of $7,198.75 for this year’s Hog Wild Contest. Proceeds go toward local scholarship and youth programs.

There was also a band show held at Alumni Stadium and a Cruise-in at Manpower Park.

The rest of the day featured a few bands, as festival-goers crowded the downtown streets of Jackson. The highlight of Saturday is always the Grand Finale Parade at dark. The lit parade featured over 120 units this year.