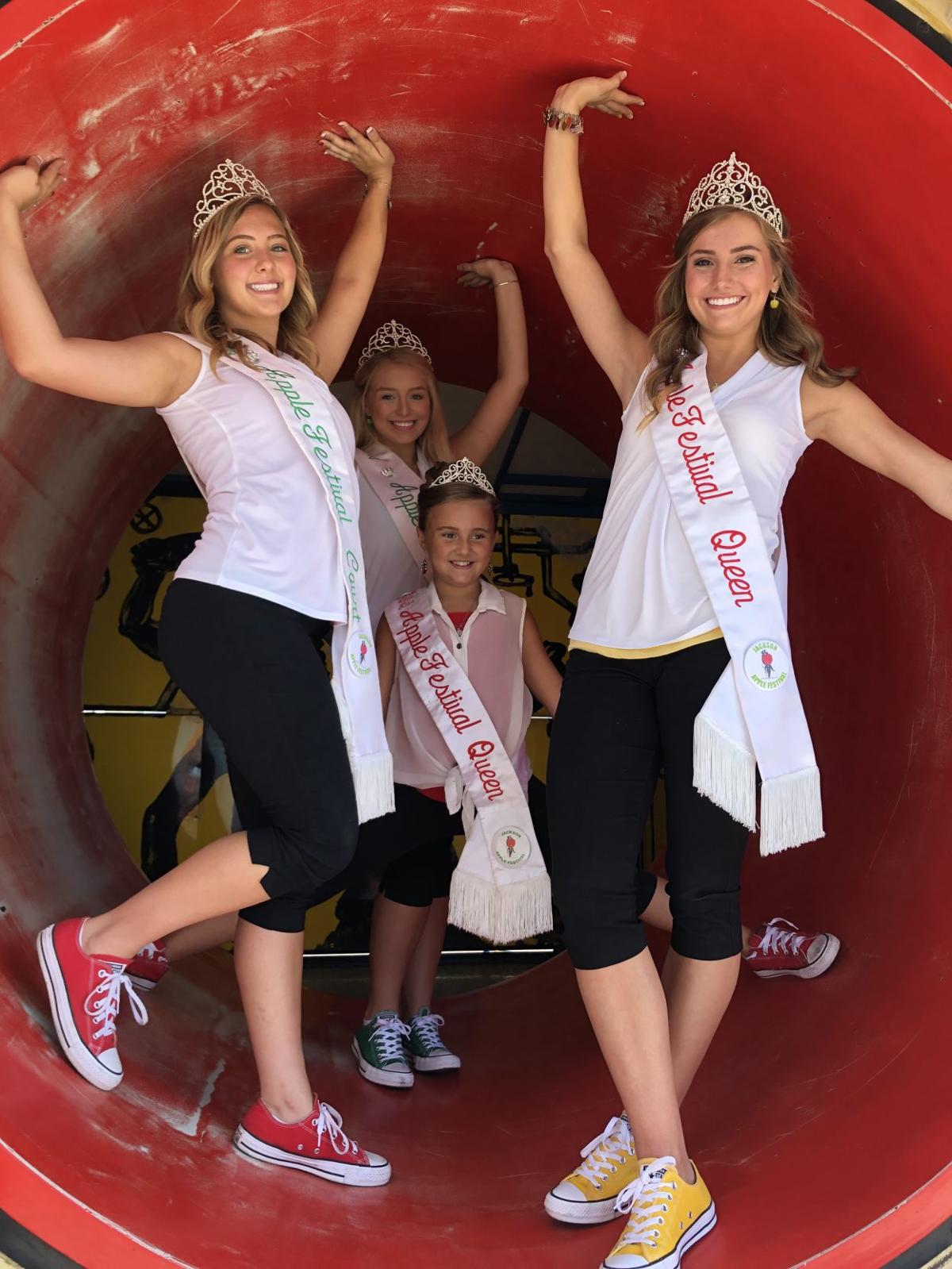 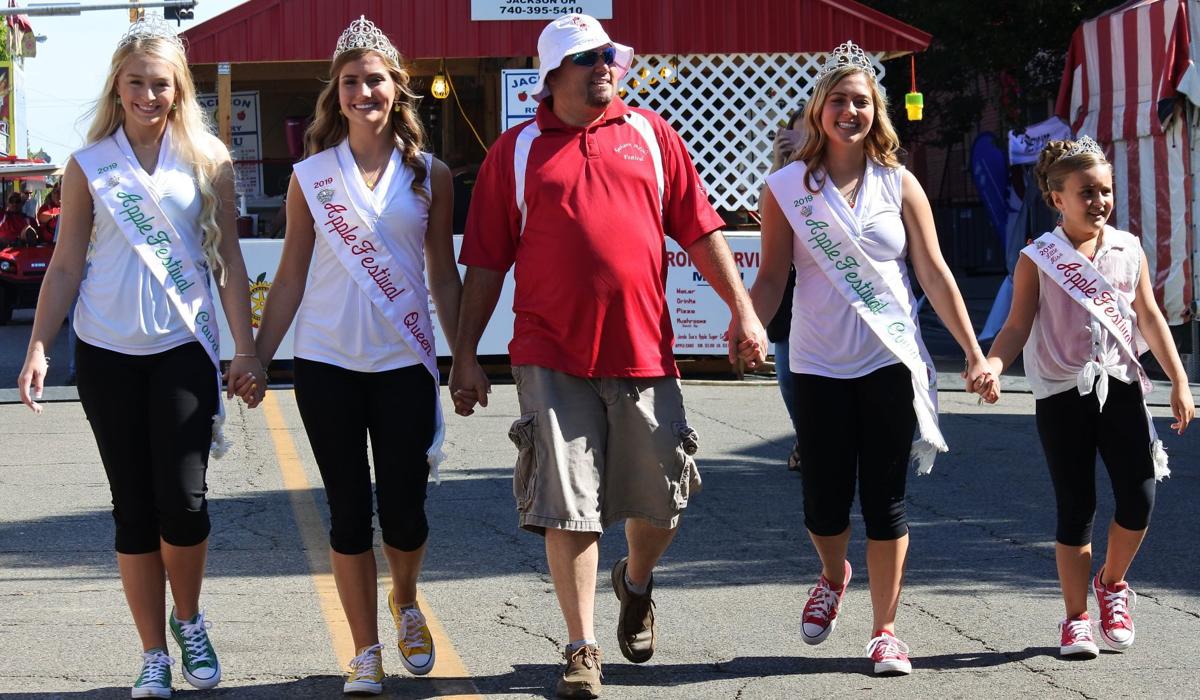 Note: This story appears in the Wednesday, Sept. 25 newspaper on Page B6.

The first stop on the Royalty’s Apple Festival Tour was the Victory Grange Apple Butter tent, located in front of the Memorial Building. While at the tent each of the Apple Festival Royalty took turns stirring apple butter. The Grange’s Apple Butter has been a mainstay at the festival for the past 60 years.

The royalty along stopped at three different rides or attractions. They checked out the merry go round, the hurricane and the wacky fun house.

Ryan, along with his wife Kristen, are the royalty chaperones. The Shoemakers took over for Judy and Curt Wiggins a few years ago. The Wiggins had served as chaperones for 16 years.