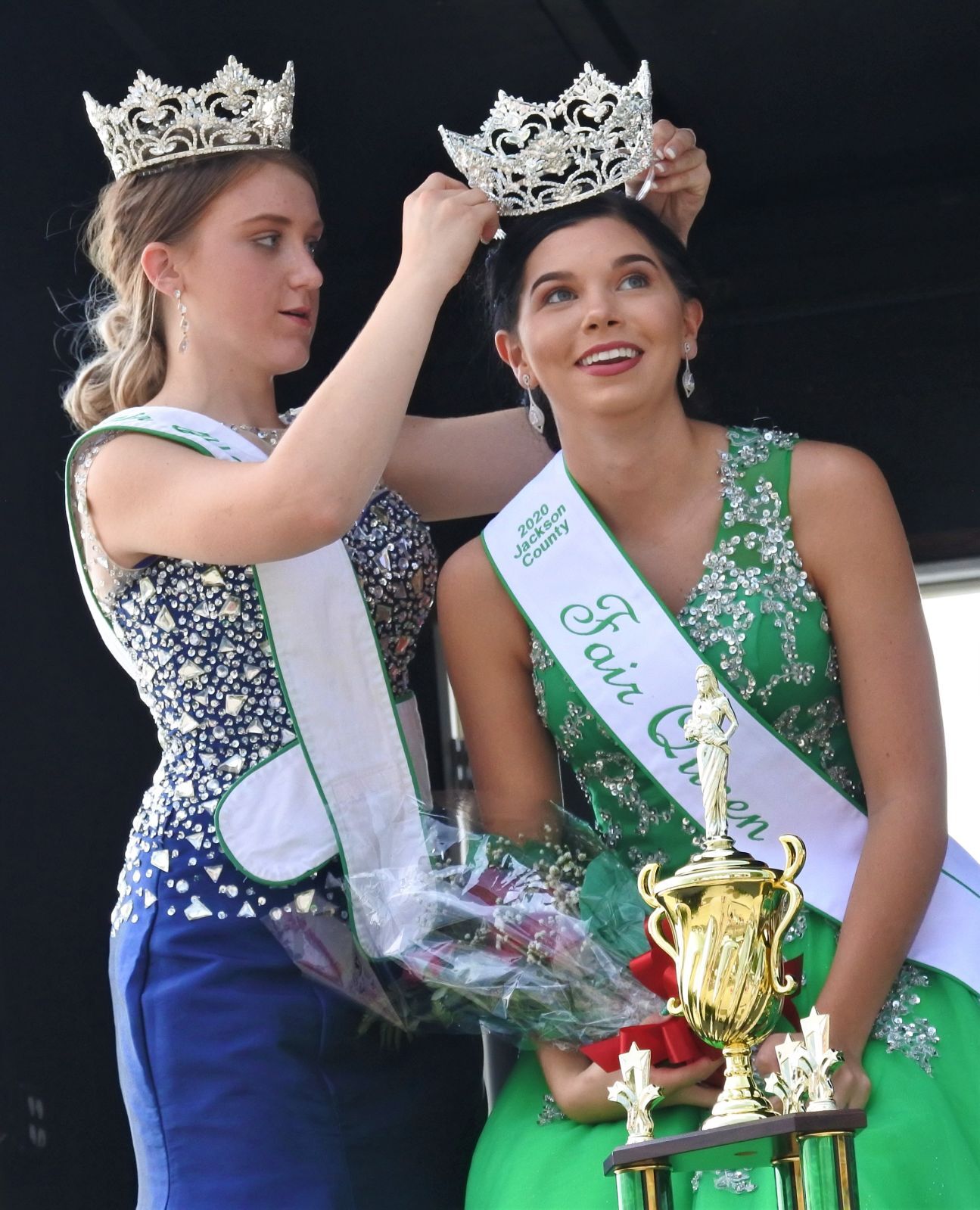 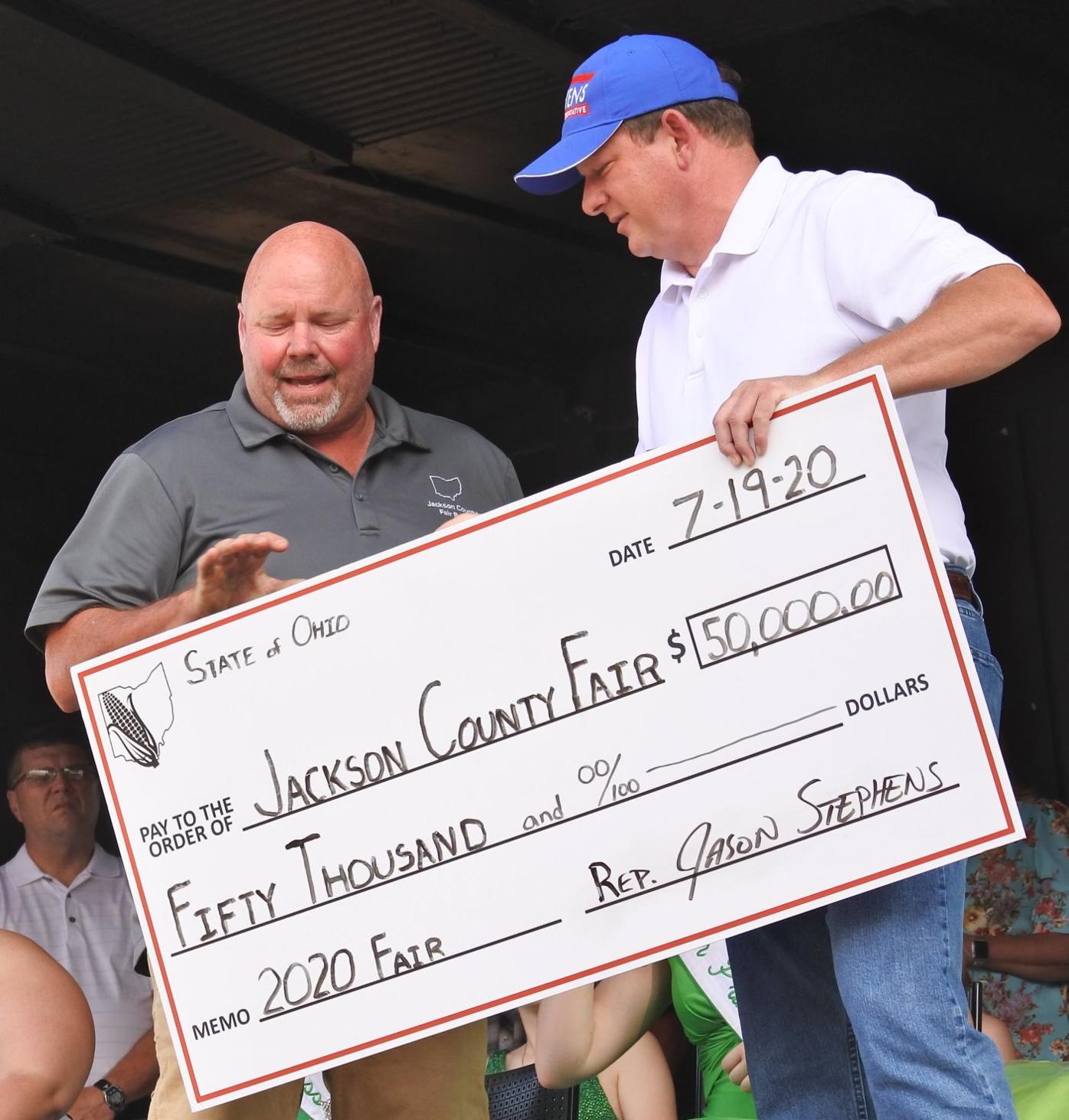 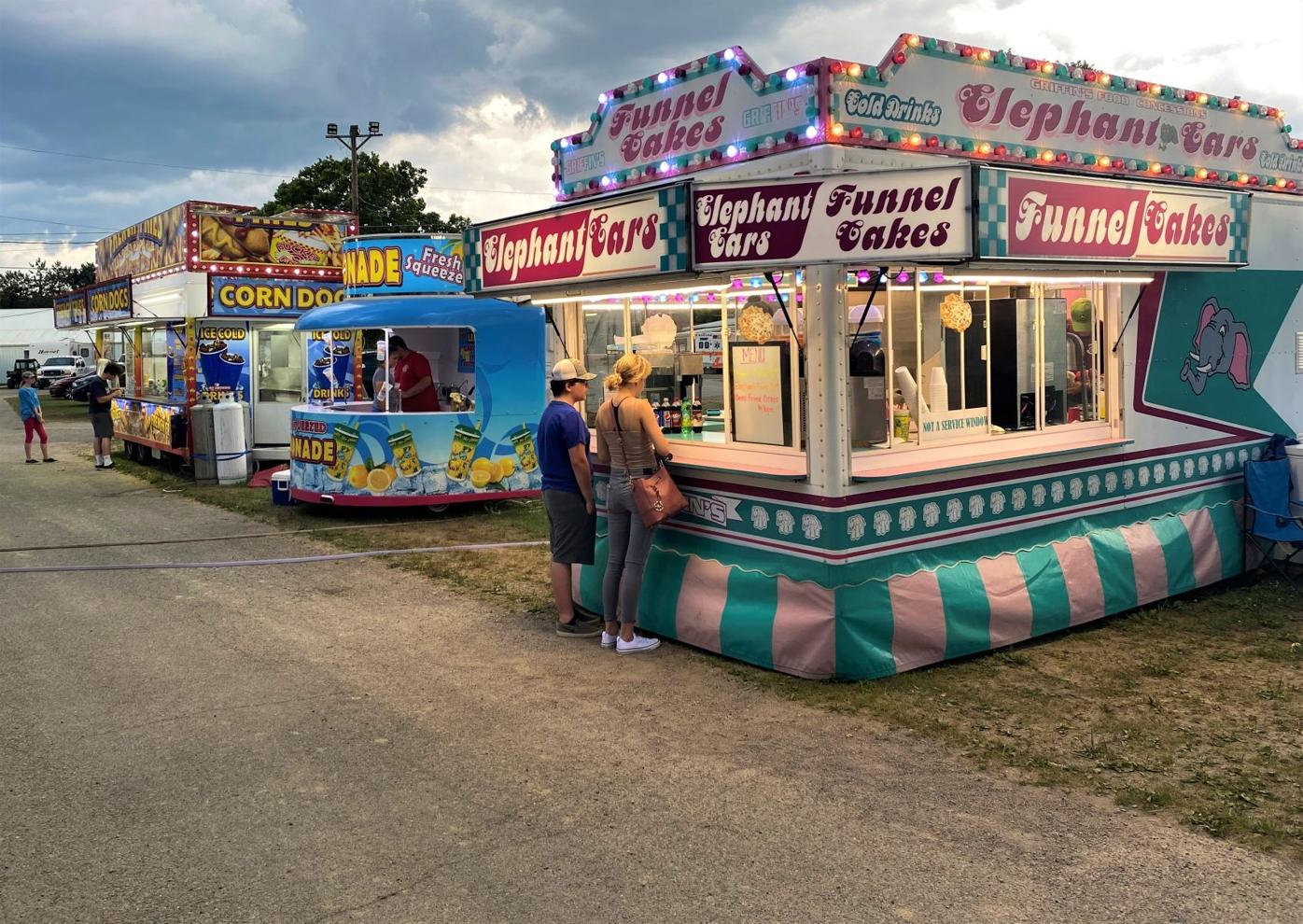 These three food booths were spotted near the grandstand on Sunday. No rides or games on the midway this year due to COVID-19.

These three food booths were spotted near the grandstand on Sunday. No rides or games on the midway this year due to COVID-19.

WELLSTON — The 165th annual Jackson County Fair is well underway, with fairgoers being greeted with hot, rainy weather so far.

The fair opened with back-to-back nights (July 16-17) of harness racing at the Bellisio Foods Grandstand. Then Fast Traxx Motocross invaded the fairground on July 18.

The official opening of the fair was held on Sunday, July 19, with opening ceremonies being held at the WesBanco Entertainment Complex.

A smaller than normal crowd gathered to listen as Jackson Mayor Randy Evans welcomed everybody to this year’s fair. Evans served as emcee for the opening ceremonies.

Jackson County Fair Board President Mike Farley then took the stage and welcomed everyone to the 2020 Jackson County Fair. Farley explained that this year’s fair was a little different due to everything (COVID-19) going on in the world, but its main objective was to do something for the 4-H youth, who had worked so hard.

“I don’t think anyone knows how hard it was to do this, instead of putting on a regular fair,” said Farley. “I want to thank everyone who helped get this together.”

Evans then introduced community outreach representatives from around the state, while, Farley accepted commendations and letters from those individuals on behalf of the fair.

Among those representatives, was State Representative Jason Stephens, who presented a $50,000 check from the state to the Jackson County Fair. The check was to help the fair out during the COVID-19 crisis.

Rylee Zinn was awarded the Janie Hatfield Memorial Scholarship. Wally Hatfield presented the scholarship in memory of his daughter Janie Hatfield. Janie died in 2018 at the age of 14, following a hard-fought battle with cancer.

The opening ceremonies concluded with the crowning and announcement of the 2020 Jackson County Fair Royalty.

Once the crowning concluded a storm blew into the fairgrounds, and everyone scattered for shelter. Sunday evening finished out with the junior fair fun night, which was moved to the show arena due to weather.

The following day kicked off the livestock shows. Only two animals were on the fairgrounds on Monday, July 20. Rabbits and turkeys were featured in the show arena that day.

Sheep and goats were in the show arena on Tuesday, but no results were available by press time.

Look for another recap in The Courier’s next edition. The fair continues through Saturday, July 25.

The Courier will feature extensive coverage of the Jackson County Fair online (www.vintonjacksoncourier.com) and in the next Wednesday edition. Keep an eye out for photo galleries, show results, livestock sale results, and interviews with 4-H’ers.