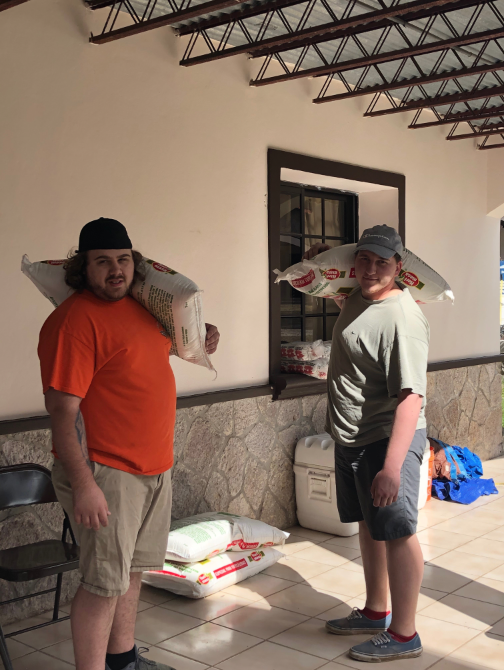 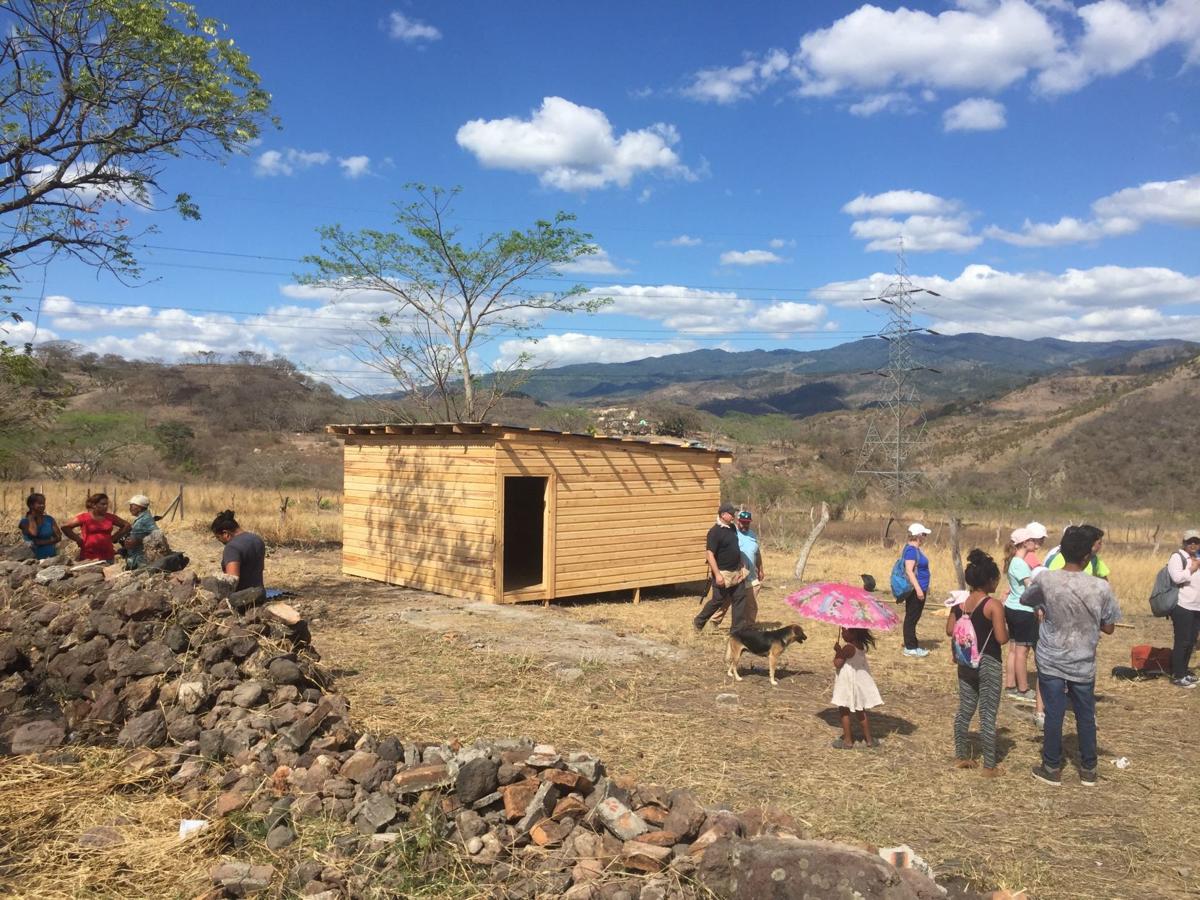 One of the homes built by the missionaries.

One of the homes built by the missionaries.

HONDURAS — While most of Athens County is concerned about stocking up on groceries, two young men from Glouster are concerned about getting back into the country. Brandon Brammer, 21, and Levi McClellan, 20, both of Glouster, are currently stuck in Honduras, where they have been for a week and a half with a mission group from the Morgantown Church of Christ.

The two arrived in Honduras on March 14. They went with a mission group of 16 people from Morgantown, WV. The group’s original goal was to help build homes and feed the hungry, now the group has a goal to return home safely.

Upon arrival in the country’s capital of Tegucigalp, they were immediately advised by their local contact to turn around and return to West Virginia. Instead the group stayed.

The group spent their first two days in Honduras fulfilling their mission. They helped to build a house for a man and his 80-year-old diabetic mother, and they fed the people of a remote village.

“On Sunday, we went and gave 160 families enough food to feed them for two weeks,” Brummer said. Despite the warnings and growing pandemic, it seemed like everything was going right on the trip, but by the next morning they learned that things had changed drastically in the night.

“We made attempts to leave, but when we woke up (on March 16) Honduras had locked down the borders until May,” Brammer said. The group was now confined to the walls of the compound where they were staying.

Not only had Honduras closed its borders, but the country also implemented an order limiting one person person vehicle on the roadways. Given that they were traveling with 16 people, it was now impossible for the group to leave.

The mission group has been working with West Virginia Senator Joe Manchin and the US State Department to figure out a way to get the group out of the country. According to Brammer, the current plan is for the group to drive across the country on Wednesday to a military base. They will carry with them a paper certified by the Honduran government that they are allowed to bypass the limit of people per vehicle order.

“Our best hope is this Wednesday, there is a military C-130 flight landing an hour from us,” Brammer said. They will take the C-130 to Charleston, SC, an eight hour flight.

Despite the stress and uncertainty of the trip, McCellan is still pleased with how the trip has gone.

“We couldn’t have come at a better time,” McCellan said, stating that they were able to provide shelter and food for others at the onset of a pandemic. “We came down here to praise God and help people.”

“It’s honestly been a great experience for me,” McCellan said. “Seeing everyone’s faces so happy when you are helping them out puts things in a new perspective. It’s been amazing.”

Brammer also sees only the positive side of their experience.

“We came here to do Christian ministry work,” Brammer said. “This has been a chance to grow closer together, we’ve spent a lot of time bounding.”

Though both young men are positive about their situation, they are aware of the stress being felt by their families back home.

“My dad has definitely been openly worried. I’m sure it cannot be easy to know that we are 1,800 miles away and we are relying on the U.S. Government to fly us home, “ Brammer said.

McCellan’s mother, Rhonda Martin, of Glouster, is glad for their positive attitudes. Thanks to a wifi connection she has been speaking with her son multiple times a day.

“Both of them are just wonderful young men, and their hopes seem high,” Martin said, but despite this, she still has the worry of a parent. “It concerns me. I worry about them running out of food, or if they get sick over there. It’s stressful on top of everything else going on in the world.”

Martin, a single mother, says that McCellan is her “right-hand to everything”, and says unfortunately there isn’t much to do at the moment other than wait.

“All we can do is pray and hope he gets home soon,” Martin said.

Until they get home, both Brammer and McCellan want people to know that they are grateful for the support of their friends and family back home, and hope they will return soon.

Thorne is the editor of the Athens Messenger.