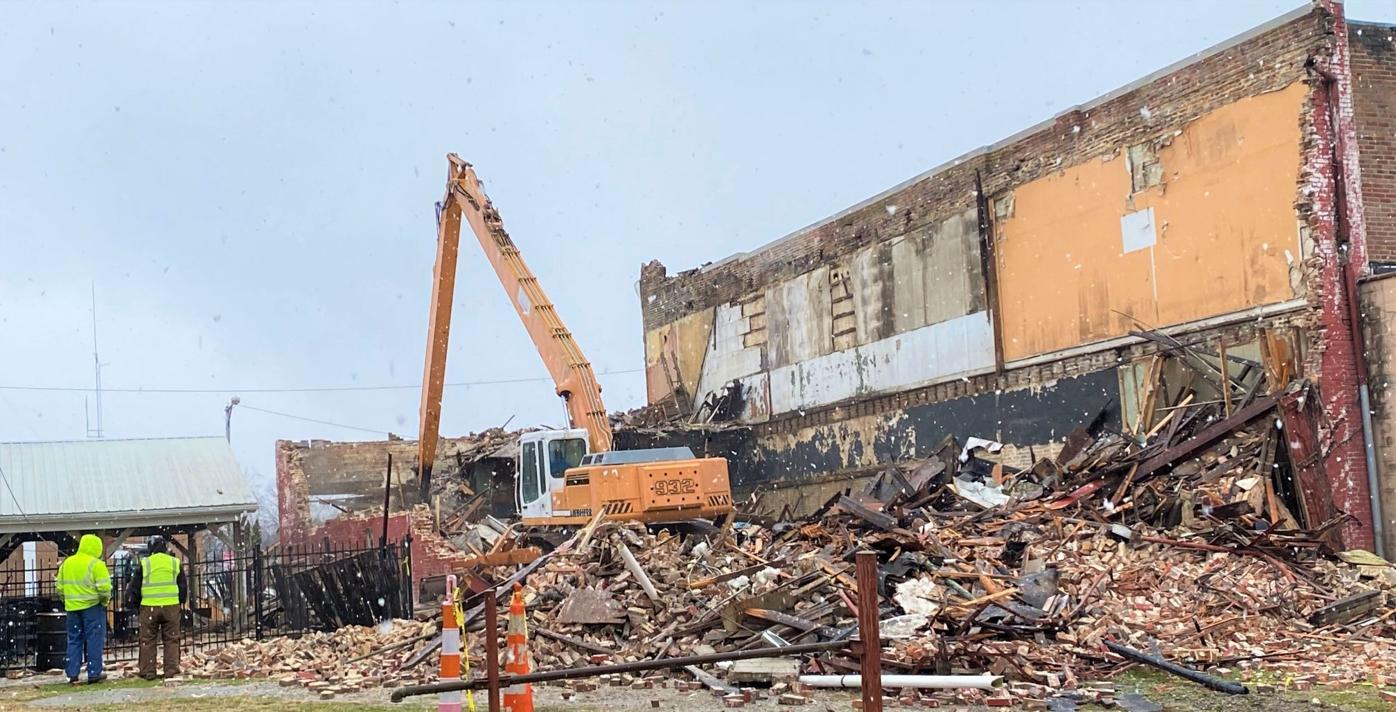 Crews are pictured demolishing the former Eagles Lodge on a cold snowy December day in 2020. 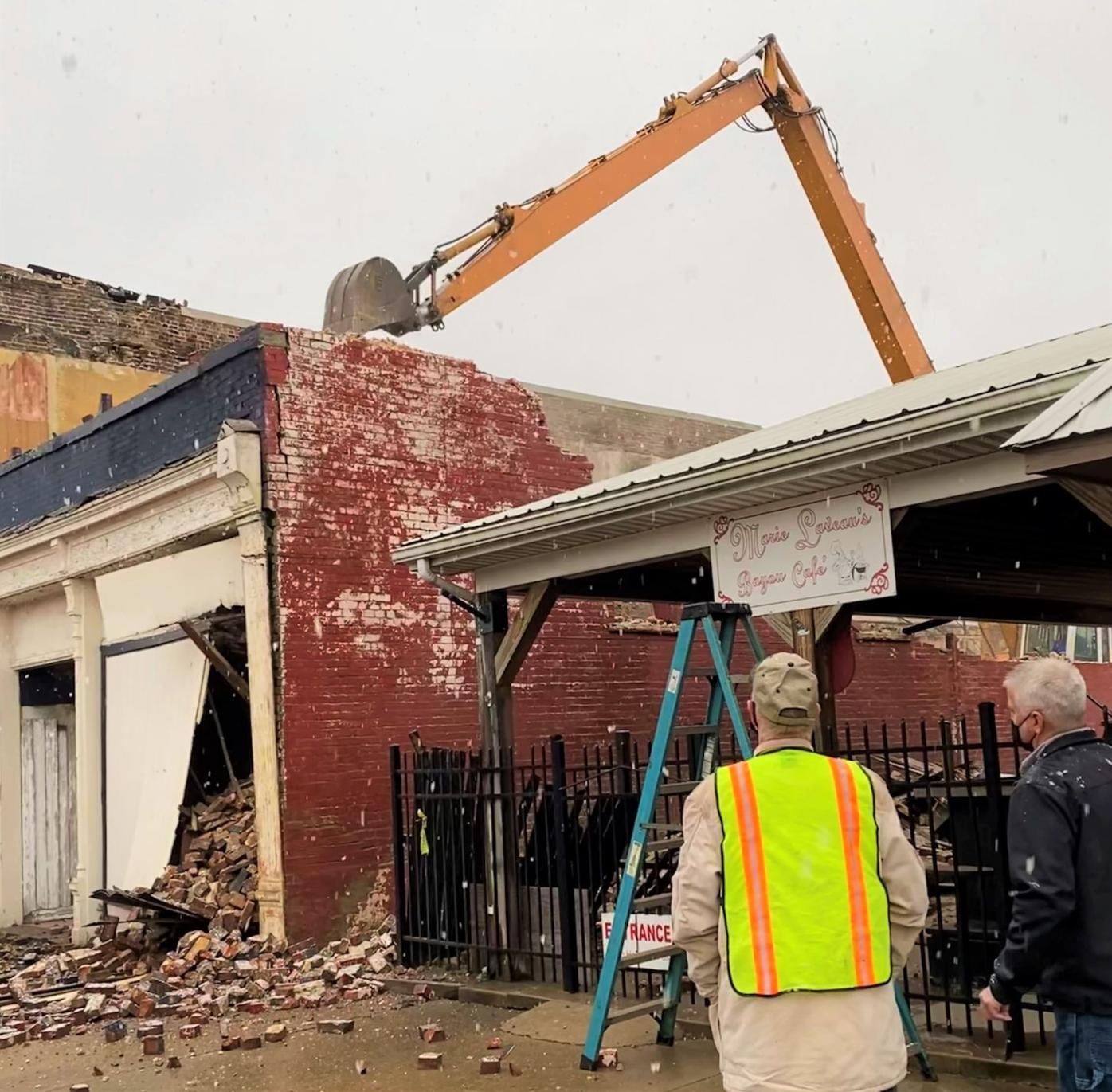 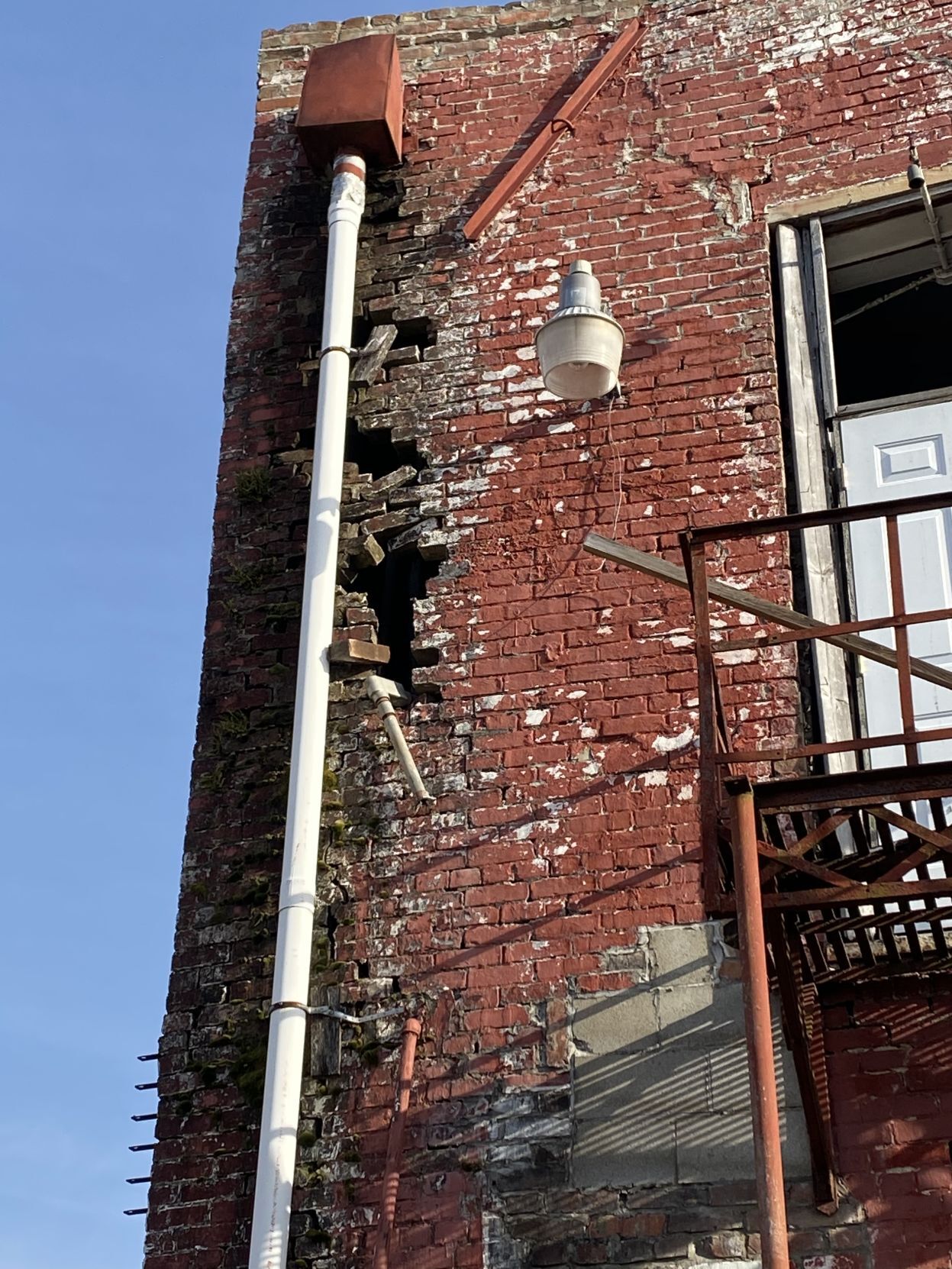 Pictured is the back corner of the building, you can see the masonry wall crumbling. This was just one of a whole list of safety issues.

Crews are pictured demolishing the former Eagles Lodge on a cold snowy December day in 2020.

Pictured is the back corner of the building, you can see the masonry wall crumbling. This was just one of a whole list of safety issues.

JACKSON — A building that has stood in downtown Jackson for over 100 years has now been demolition, and cleaned up.

The vacant, badly deteriorated building, formerly known as the Eagles Lodge, was determined as an “imminent threat” to public safety. The building had been deserted for a number of years.

The building, acquired by the Jackson County Land Reutilization Bank in November 2020, was located at 207 Main Street in Jackson. The building was built in 1900.

Jackson Mayor Randy Evans, during a Jackson County Commissioners meeting in late 2020, had even called the former Eagles Lodge the “most dangerous building in Jackson.”

The building reportedly had water leaks that soaked the building’s interior and infiltrated the brickwork. Evans had explained that the freeze, thaw cycle was destroying the integrity of the masonry walls, and had led to extensive mold growth in the building. He had also reported that the masonry walls were failing to the point the structure was leaning off its original center.

The City of Jackson had inspected the building in October 2020 and determined at that point of time, that the structure was at the point of catastrophic failure and should be demolished. If the building would have collapsed, it would have fallen into an adjacent local restaurant (Marie Laveau’s Bar and Grill).

The two-story building, which had been vacant for several years, had its masonry structure built on stone footers. However, the building was constructed without lateral masonry cross walls for structural support. In layman’s terms, it was a large, open masonry box with two floors and a truss roof.

The inspection found that the second-story of the building had broken free of the adjoining masonry wall of the neighboring property, causing it to lean to the northwest. There were even more safety issues as well.

The demolition of the building began on Dec. 16, 2020. The low bidder on the job was Beasley Trucking, and Engle Excavating partnered with them. The clean-up is basically finished.