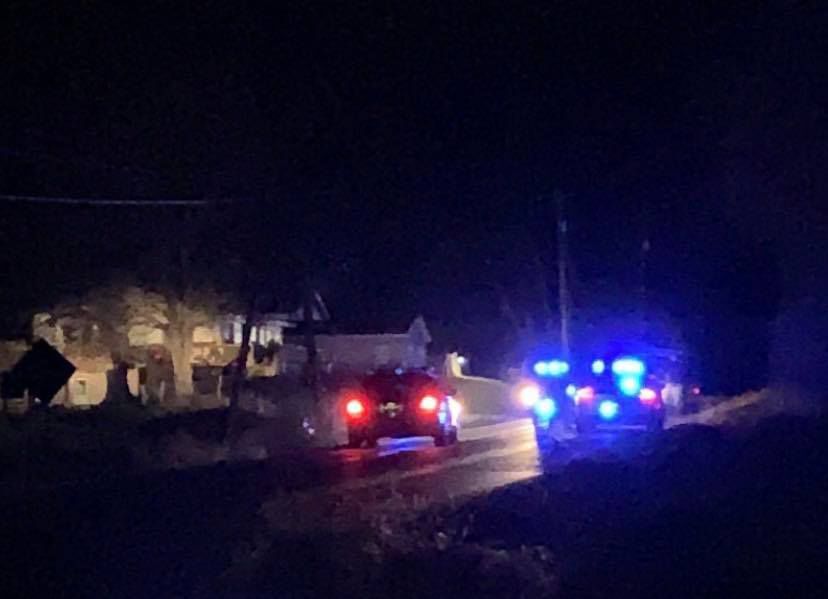 Pictured was the scene outside of a residence on Chillicothe Street in Hamden Saturday evening. 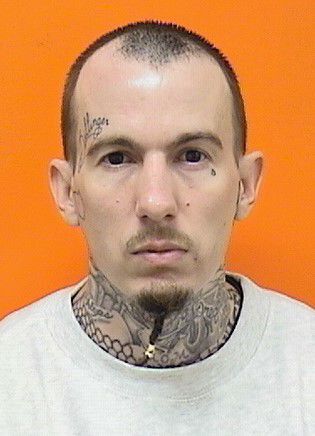 WELLSTON — An attempted traffic stop in Jackson County turned into a pursuit that ended in Vinton County. The vehicle pursuit ended because the suspects fled on foot, which resulted in a search, followed by a barricade situation in a Hamden residence.

Arrested, after a standoff, was Paul E. Dillinger, 33, of Marion. He was formerly a resident of Wellston.

On Saturday, Nov. 14, a trooper from the Jackson Post of the Ohio State Highway Patrol, attempted to initiate a traffic stop on State Route 349 outside the City of Wellston.

The vehicle, a 2000 Acura, fled north on State Route 93 without stopping for the trooper. Reportedly, the driver of the car nearly caused a crash prompting the trooper to terminate the pursuit due to safety concerns.

According to the Ohio State Highway Patrol report, the car continued into Vinton County and passed the Hamden Police Chief at a high rate of speed when he then gave chase. The vehicle continued into a recreational area where the two occupants fled on foot. The Patrol arrived on the scene immediately after and assisted the Hamden Police Department in searching the area for the two suspects that ran from the car.

The report showed that nearby residents told police that they saw the male and female, run to a nearby house, and appeared to have entered it.

Other agencies on scene included the Vinton County Sheriff’s Office and the Ohio Department of Natural Resources Enforcement Division.

A perimeter was established around the house while the Patrol’s special response units began arriving on the scene.

The Patrol received some intelligence that the identity of the male was (Paul) Dillinger, which was utilized by investigators. Dillinger was allegedly the driver of the car, and he had several outstanding warrants. He was considered armed and dangerous.

Two negotiators from the Patrol also responded to the scene and attempted to contact with Dillinger on his cell phone prior to using any tactics that may result in damage or injuries but were unsuccessful.

The Highway Patrol Special Response Team made entry into the residence and ultimately discovered Dillinger hiding in an enclosed area underneath the front porch of the house. He surrendered without incident and was taken into custody.

The female, whose name wasn’t released by the Patrol, was not found at the scene. The Patrol did say that the female has warrants for her arrest out of Marion.

Dillinger was scheduled for two preliminary hearings on Thursday, Nov. 19. One in Jackson County, another in Vinton County.

In Jackson, he is facing a third-degree felony of fleeing and eluding for the pursuit that started outside of Wellston.

In Vinton County, he is facing a third-degree felony of failure to comply with order or signal of police officer.

Dillinger is incarcerated in the Southern Ohio Correctional Facility.