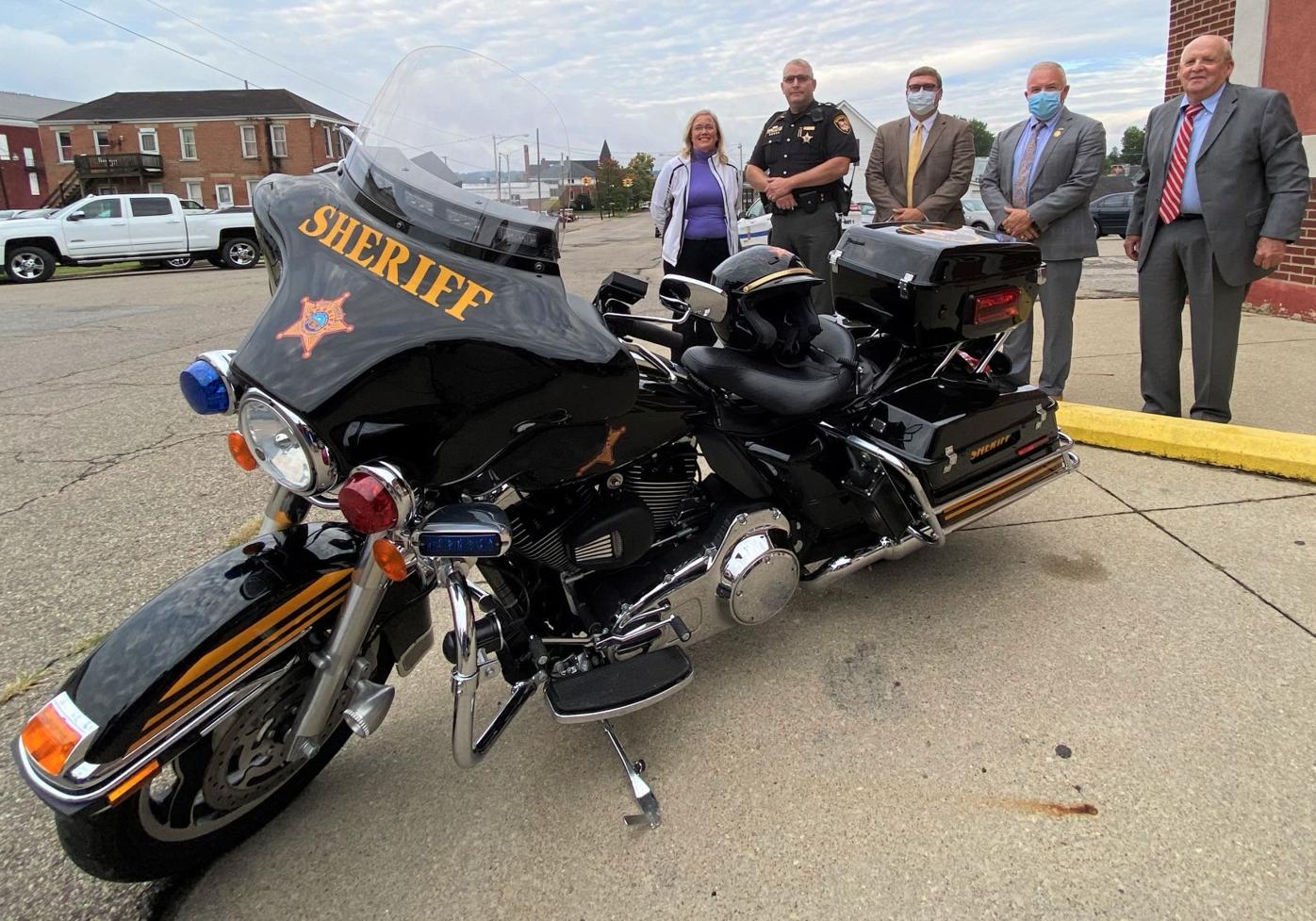 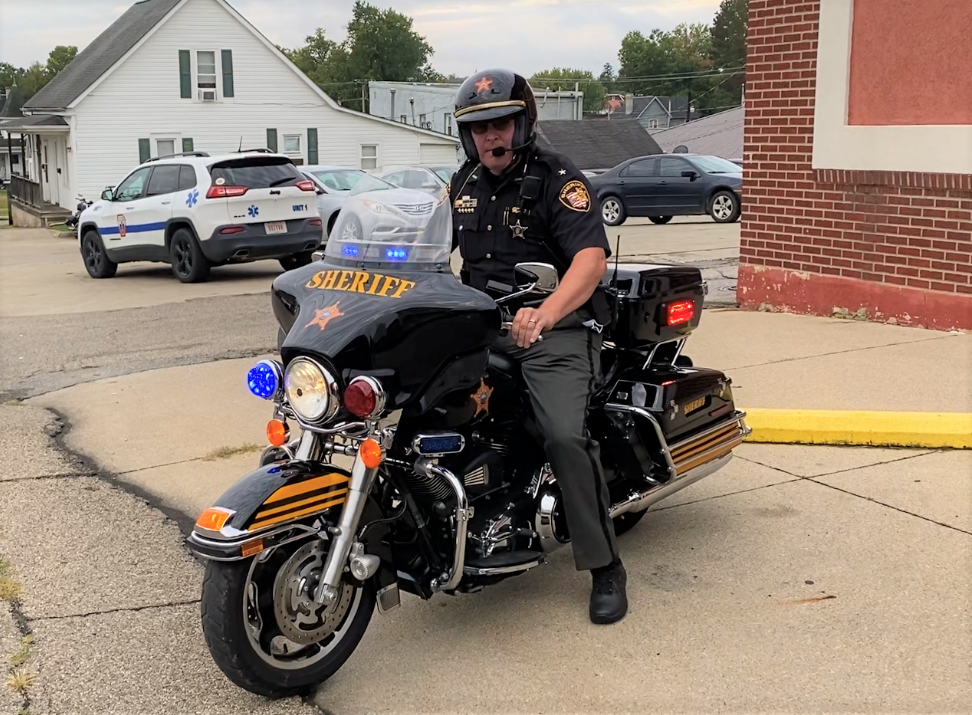 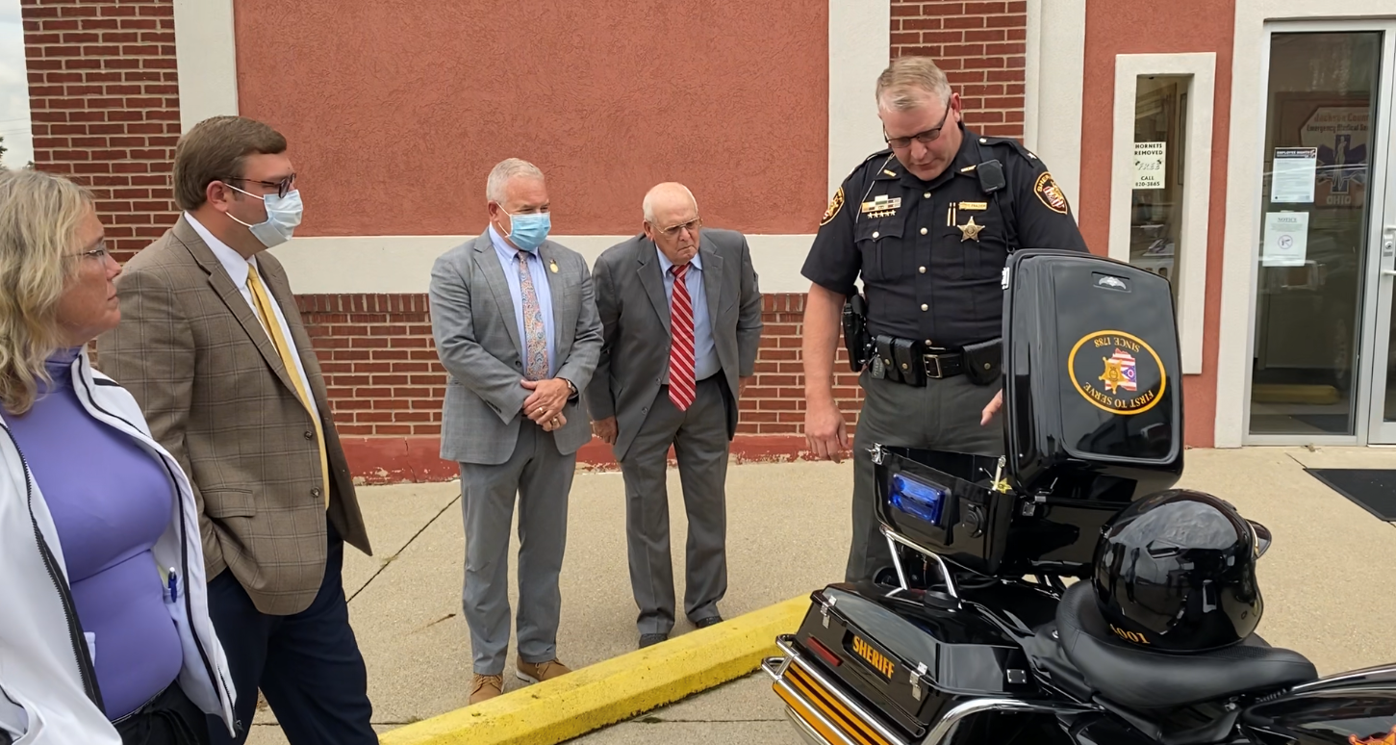 On Tuesday, Sept. 29, during a Jackson County Commissioners meeting, the Frazier showed off a new vehicle purchase.

Sheriff Frazier plans to use the motorcycle for several things. They will not only be used for patrol functions such as traffic enforcement, traffic crash investigations, and escorts, but also education, special events, parades, and community relations.

This motorcycle was purchased without requesting an increase to the Sheriff’s Office budget. The Frazier’s purchased the motorcycle with their own money.

Knowing this, Jackson County Commissioners Paul Haller, Ed Armstrong, and Jon Hensler adopted resolution 184-20 with a 3-0 vote. The resolution says that upon Sheriff Frazier’s departure as sheriff, he shall receive the 2009 Harley-Davidson motorcycle, including all accessories, as a gesture of appreciation.