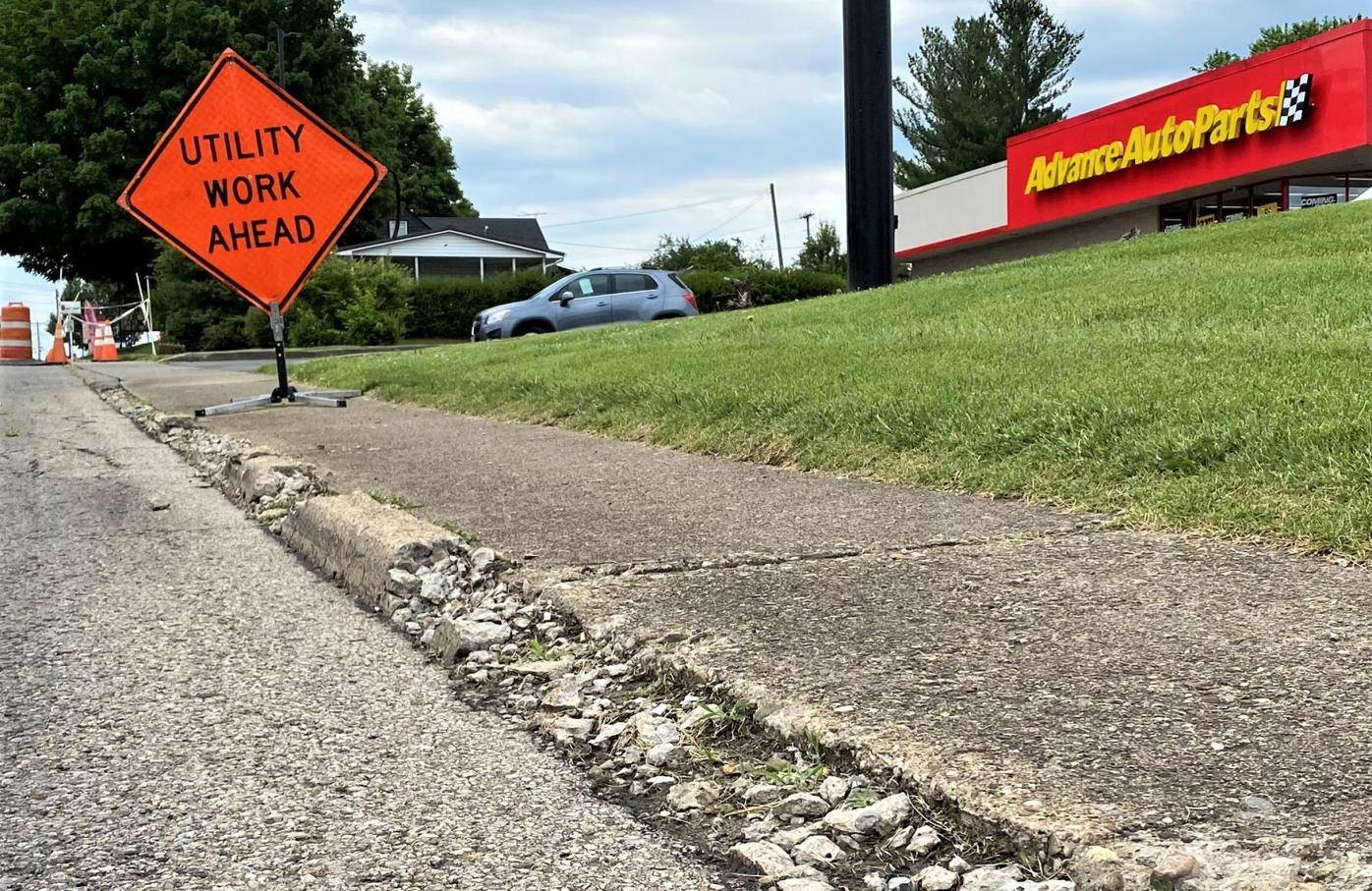 This photo shows the damaged, and almost nonexistent curb near Advance Auto Parts along Main Street in Jackson. 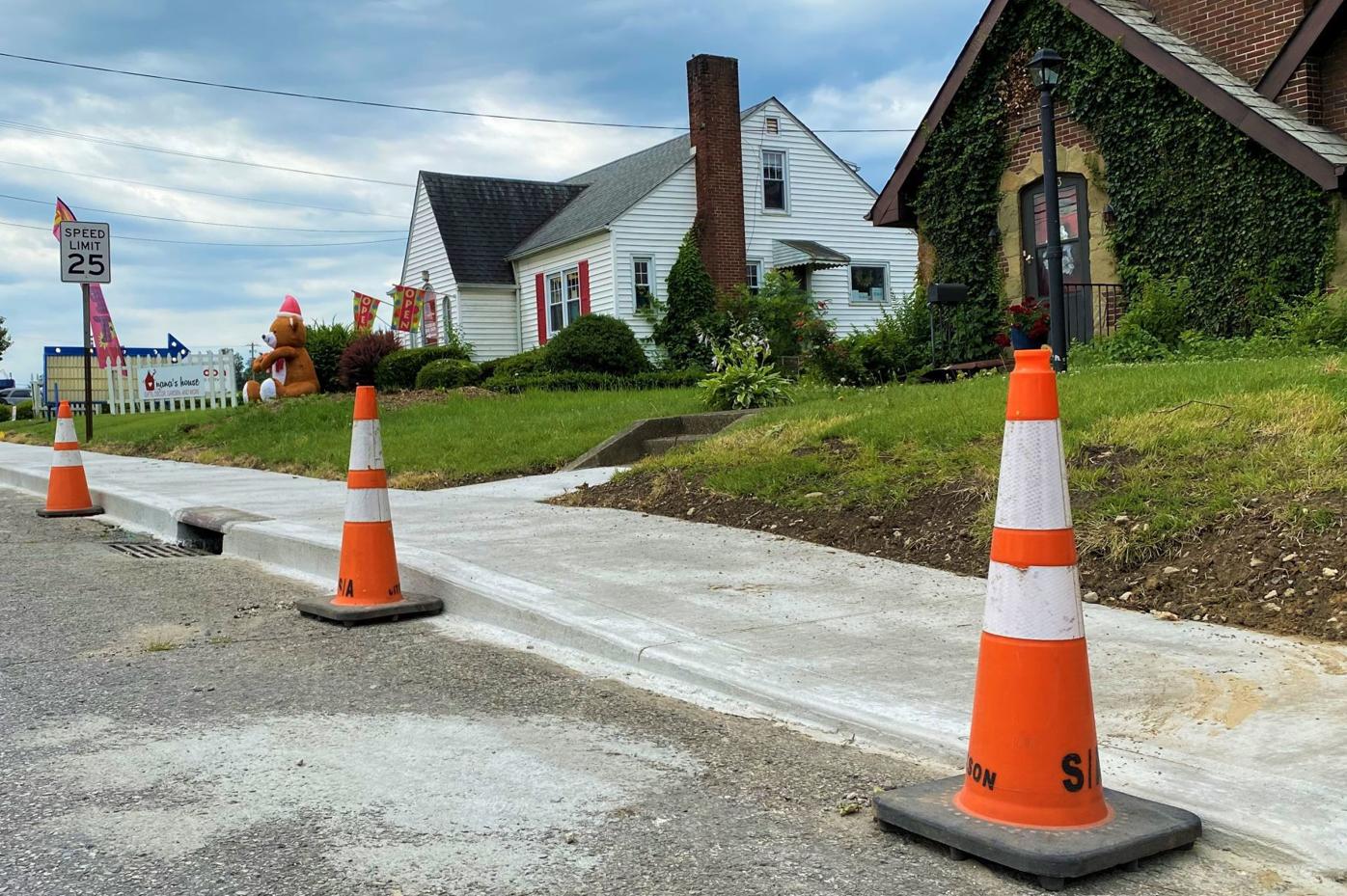 Pictured is one of the completed areas on Main Street in Jackson. 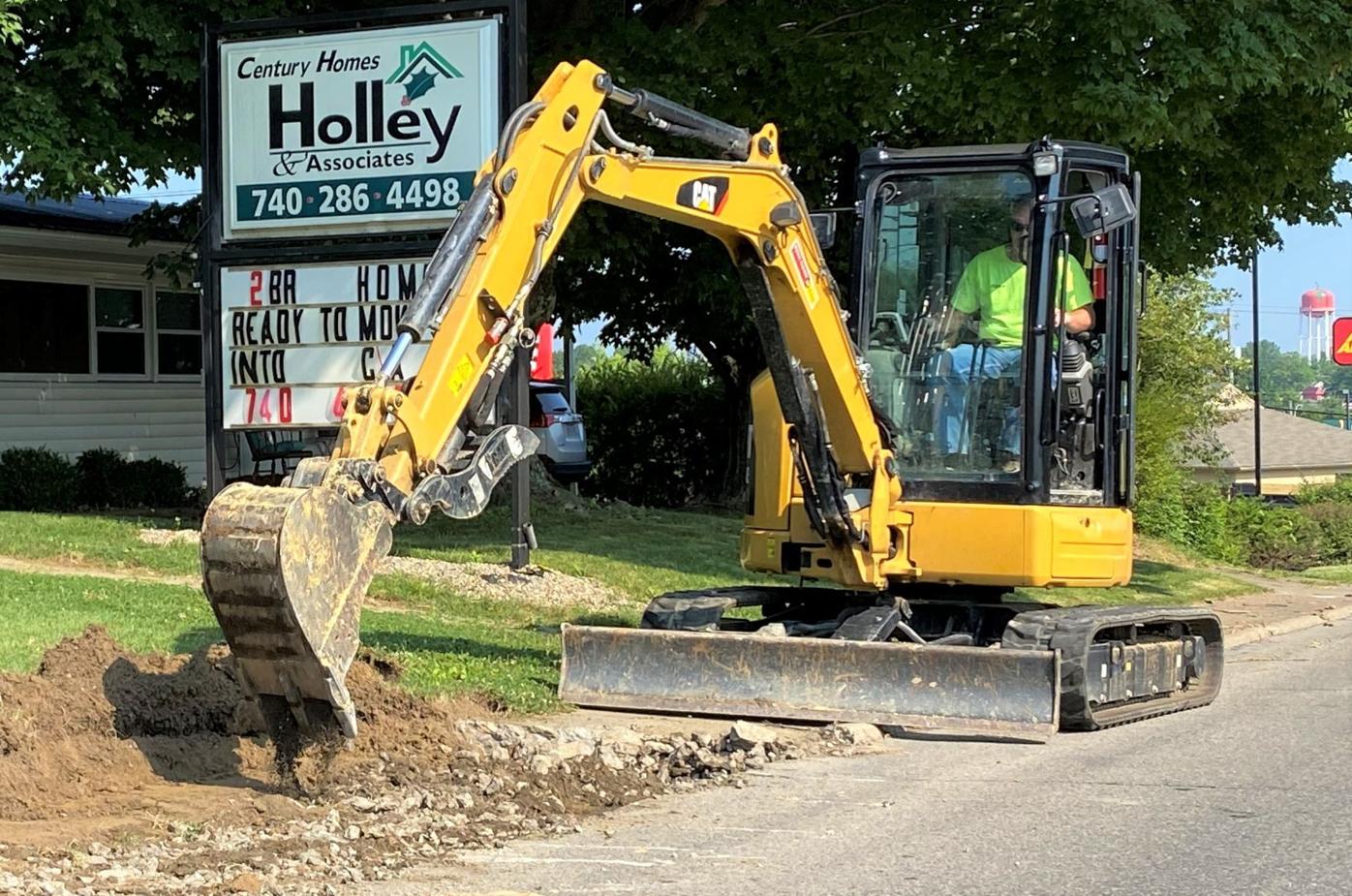 A Jackson City employee is shown removing the old sidewalk near Holly & Associates in Jackson.

This photo shows the damaged, and almost nonexistent curb near Advance Auto Parts along Main Street in Jackson.

Pictured is one of the completed areas on Main Street in Jackson.

A Jackson City employee is shown removing the old sidewalk near Holly & Associates in Jackson.

JACKSON — The City of Jackson has begun repairing storm drains, sidewalks, and curbs on Main Street in Jackson, all in preparation for an Ohio Department of Transportation (ODOT) project to pave Main Street next summer (2021).

Jackson Mayor Randy Evans told The Courier that earlier this year a storm drain collapsed in front of McDonald’s of Jackson. Evans said that the road started to fall in, and caused a hole in the roadway. This led to a storm sewer project to repair the storm drains.

“We started looking at the storm drains, after the incident in front of McDonald’s and there were about 20 of them that were in various types of disrepair,” Evans explained, “When you repair a storm drain, there’s the inlet grate on top of it, and you have to reset it, and it ties into the sidewalk, and curbs, so one thing leads to another.”

Evans explained, “With the upcoming ODOT paving project starting next summer (2021), the City of Jackson was required to fix our curbs on Main Street. ODOT wanted a curb to pave to, and a lot of our curbs were gone.”

Jackson City Council, according to Evans, last year (2019) had set aside a roughly $85,000 toward this project.

“The storm drains, sidewalks, and curbs were in horrible shape from Huron Street going south,” stated Evans. “We are doing this project all in house.”

Evans added, “We did not have the money to hire an outside contractor to come in and do the work, we just didn’t have the money. Our guys are doing a great job. The work is kind of sporadic. They are still doing there regular job. The guys doing the work are in the water distribution and sewer collection department, so any issues we have in the city the deal with those first.”

Evans went on to say that if the City of Jackson didn’t fix the curbs on Main Street then ODOT would have suspended the city from being a part of their paving project, which the city only has to pay 20 percent to be a part of.

“We don’t want to lose a chance to pave Main Street, so we had to figure out a way to do it,” stated Evans. “Number one: it needed done for a long, long time, and number two: it helps us get prepared for next summers paving project with ODOT.”

The repairing of the storm drains, sidewalks and curbs project started near Rowdy’s Smokehouse, and will go down both side of Main Street to Huron Street. Once past Huron Street, Evans explained it will be spot repairs here and there.

In addition to repairing the storm drains, sidewalks and curbs, the City of Jackson is also putting the ADA-compliant warning pads at all the intersections.

Evans, during his 2019 campaign, had announced that he would be donating half of the mayor’s pay back to the city in different ways. He has taken steps toward honoring that campaign promise, by making different donations. The most recently donation included $10,000 toward the concrete for the above project.