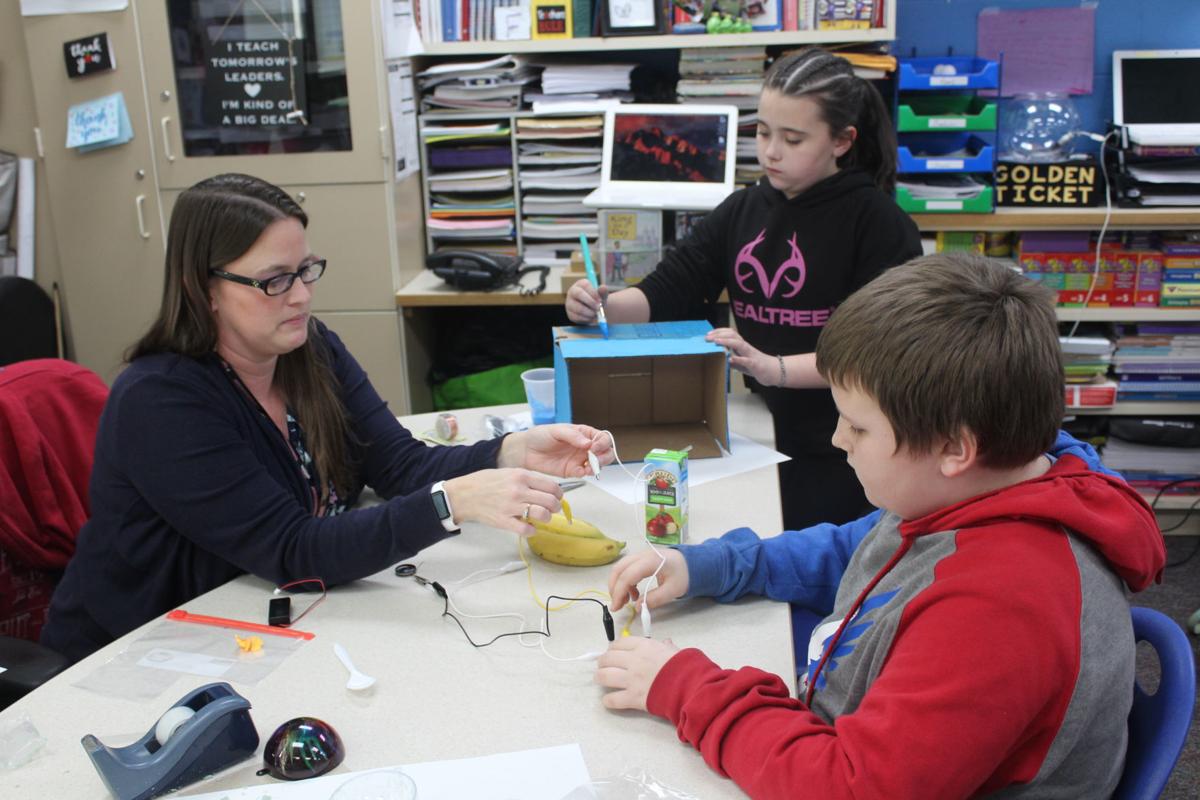 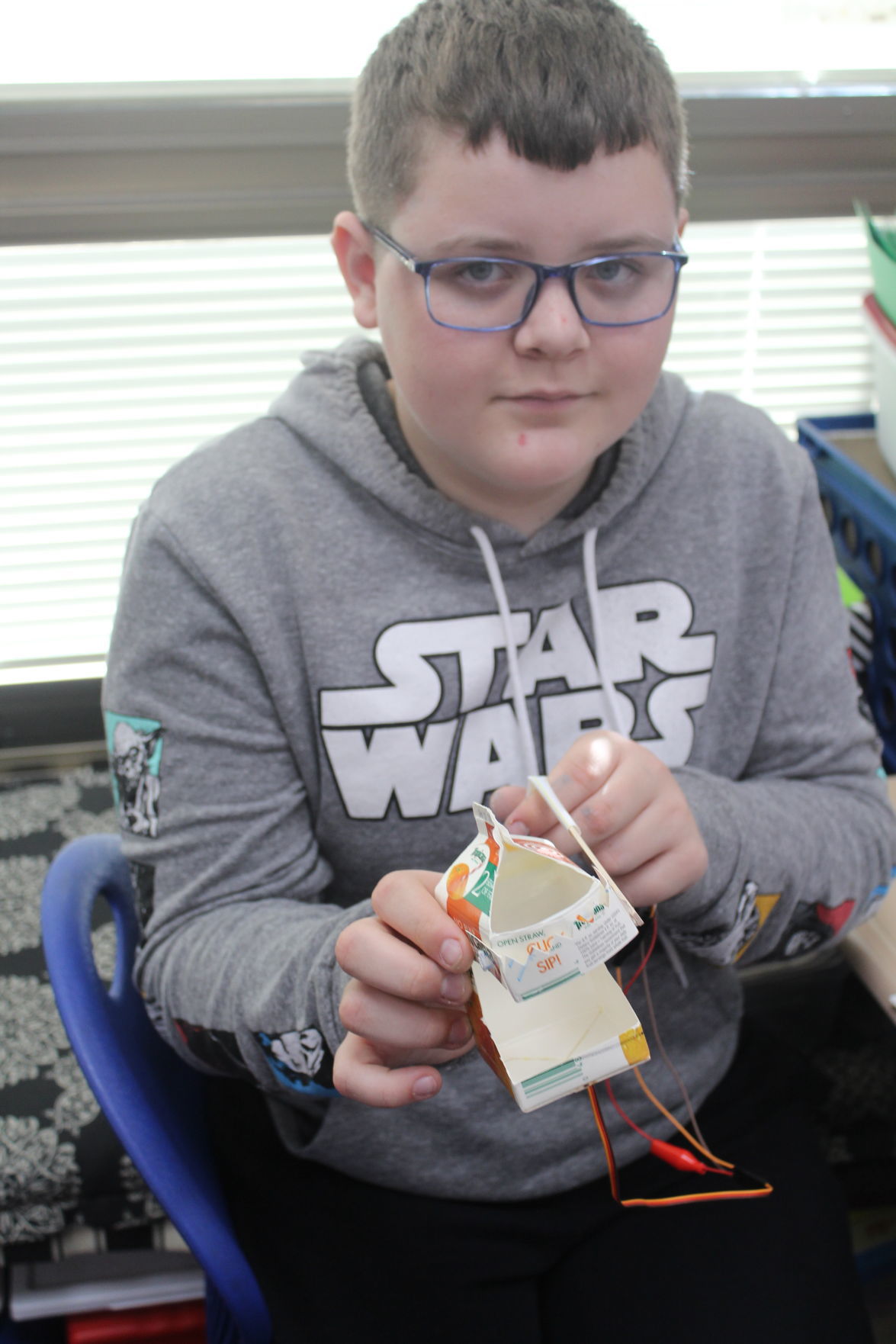 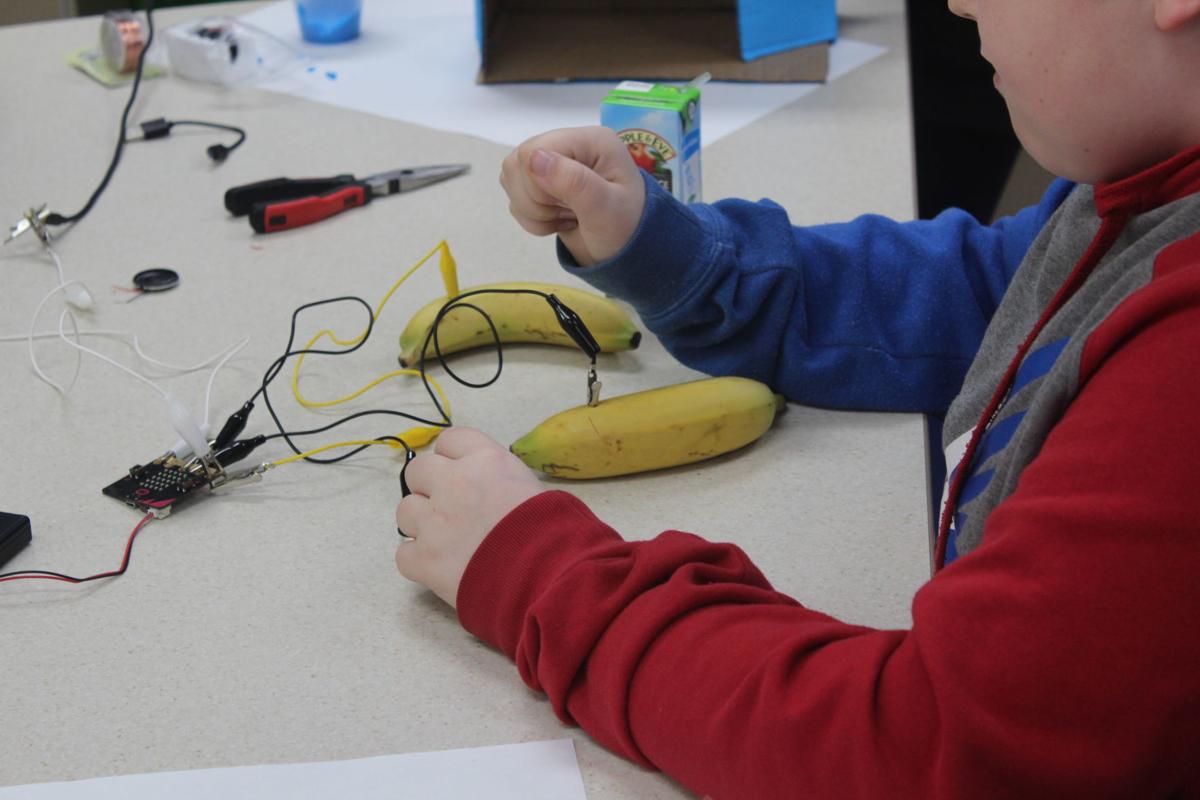 Blake Carpenter fiddles with the wires on his micro-bit to test out his banana “piano.”

Blake Carpenter fiddles with the wires on his micro-bit to test out his banana “piano.”

Note: This story appears in the Wednesday, Jan. 15 newspaper on Page A1.

McARTHUR — Did you know bananas can make music?

Well, they can be programmed to help in the musical process, at least. A few Central Elementary students are learning about a slew of interesting ways to use coding (the language a computer speaks); hence the fruit piano. They’re a part of the elementary school’s “Coding Crew.”

Each student has their own programming project: Rose is constructing a carton robot, Walker is making a “genie ball” (similar to a Magic 8 ball), Carpenter is spearheading the fruit piano (using bananas) and French is programming a “frustration” game a la “Operation.”

The crew is also creating a video to demonstrate the many steps that go into their projects: the coding itself, the construction of materials and the obstacles they overcome in programming. Each student has a different “personality type” in the video. We have Chase “The Nerd,” Ava “The Creative One,” Blake “The Peacekeeper” and Mady “The Quiet One.”

This video will be used to help the Coding Crew detail their coding process to attendees of the Ohio Educational Technology Conference in Columbus this February.

Frasure also wishes to inspire other educators in the state to consider bringing this kind of activity to their schools. She noted that the students in the group do more than make robots: their independent projects teach them problem solving and persistence, to start. In addition, this group is under the umbrella of student-run businesses in the district’s EntreEd program. The students are using “candygrams” to raise funds to provide micro-bits to teachers at their conference next month.

Coding is often a trial-and-error process, the students admitted.

There’s a lot that goes into programming an object to fulfill a certain command. For example, with Carpenter’s fruit piano, his coding needed to be correct, the alligator clips needed to be attached to the right spot on the mico-bit and plugged into the banana. He also had to touch a clip and tap the banana to complete the circuit and make a computer generated song.

When everything works, it works. But when it doesn’t, the students have to go back through the steps to identify what the problem might be.

“It looks intimidating at first,” Carpenter said as French tinkered with the copper wire in her frustration game.

Each student learned the basics of coding through a website that walks them through the process, step by step. Although some programs walk you through basic HTML or JavaScript through short projects, this program utilizes games and other fun methods to give its students an understanding of programming. The crew uses the coding language “Blocks” for their programming.

This crew is also utilizing a micro-bit for their coding, Frasure said. A micro-bit is handheld hardware used for programming.

Frasure thought of starting a coding group of some kind months back. Each student in the group now was recruited by Frasure. For example, Rose is the son of a Central Elementary teacher, and Frasure knew he has a love for computers and video games.

“We’re basically all a bunch of nerds,” Walker said.

Sorry, there are no recent results for popular articles.