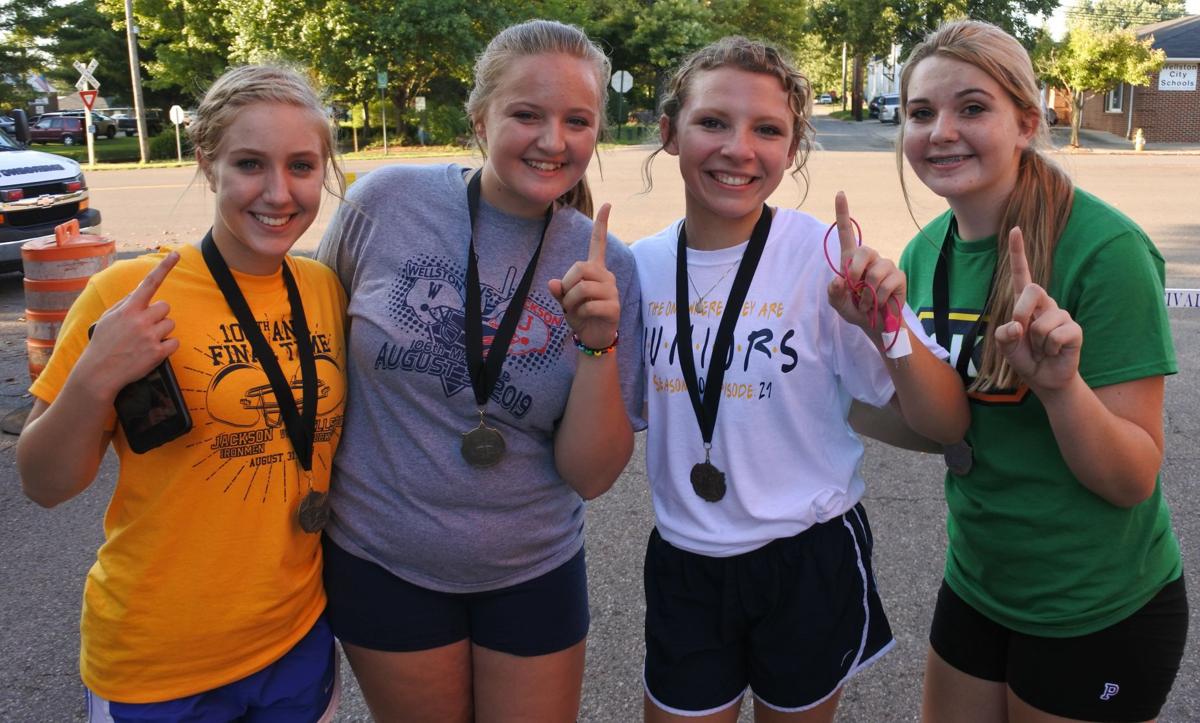 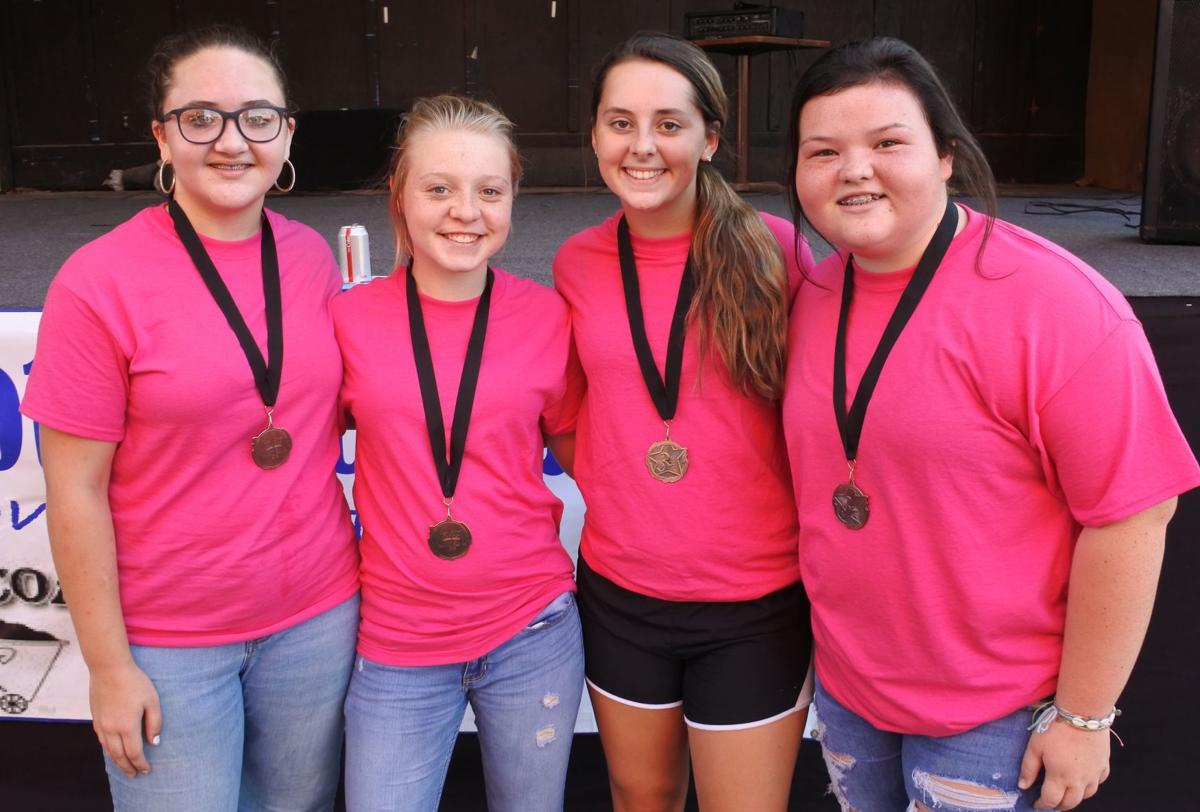 Note: This story appears in the Wednesday, Sept. 11 newspaper on Page A6.

WELLSTON — The festivities for the Wellston OHillCo Festival kicked off on the day after Labor Day with the “Coal Miner Olympics.”

The Olympics were held on Tuesday, Sept. 3, in front of the Rotary Bandstand in downtown Wellston.

The event is a daring annual competition of nerve and skill that pits teams of four against each other for a chance to win $100 to donate to a charity of the winning team’s choice.

Teams consisted of people from the same business, church, organization or family. Only six teams competed in this year’s Olympics.

This year there were four games and a scavenger hunt that the teams competed in for points. After the coal dust had cleared, third, second and first place teams were announced.

The event was a fun time for the contestants and live entertainment for those who stopped by to watch the games.