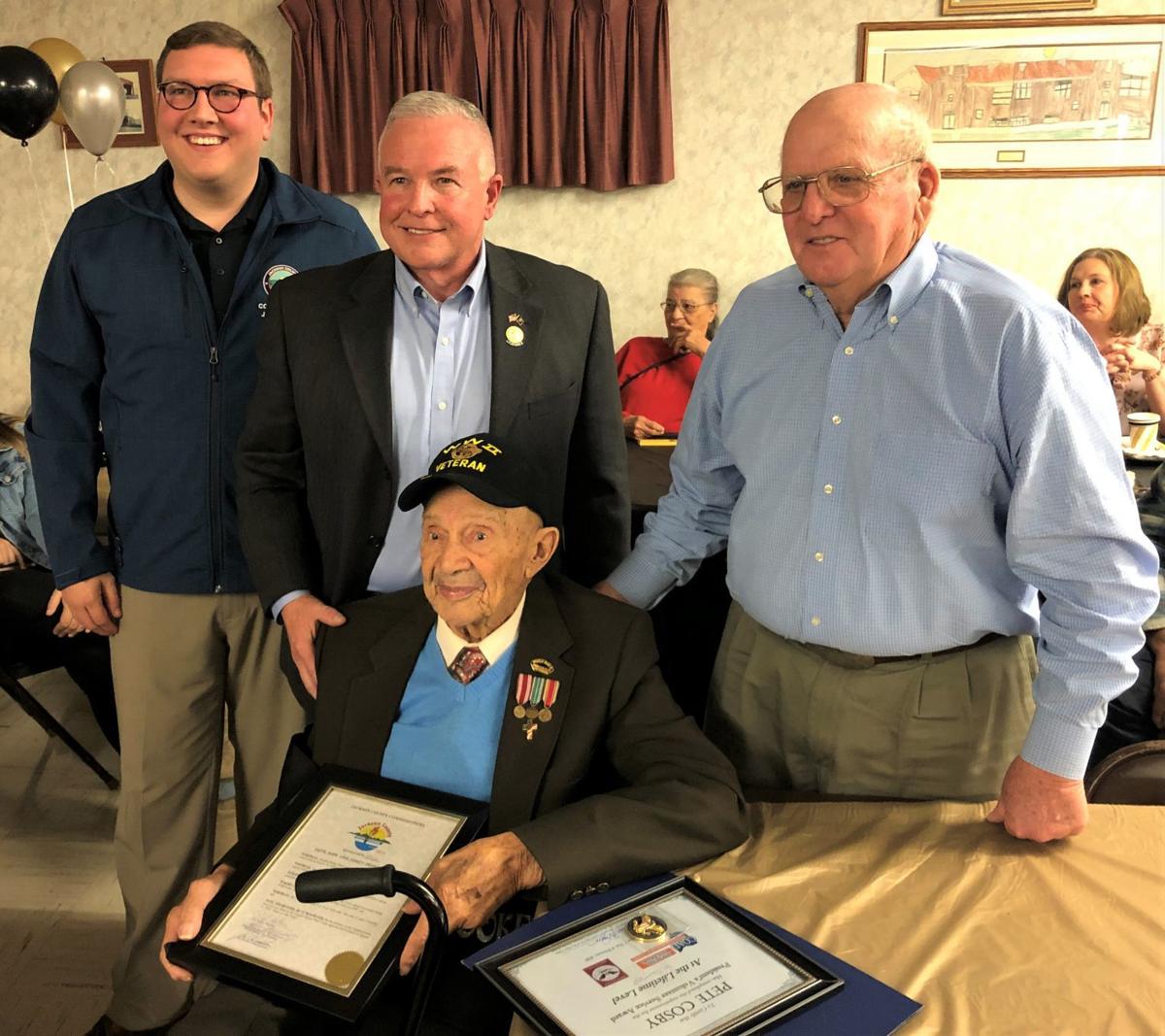 Jackson County Commissioners Jon Hensler, Paul Haller, and Ed Armstrong are shown presenting Mr. Pete Cosby with a proclamation that honored and pay tribute to him upon this 100th birthday. 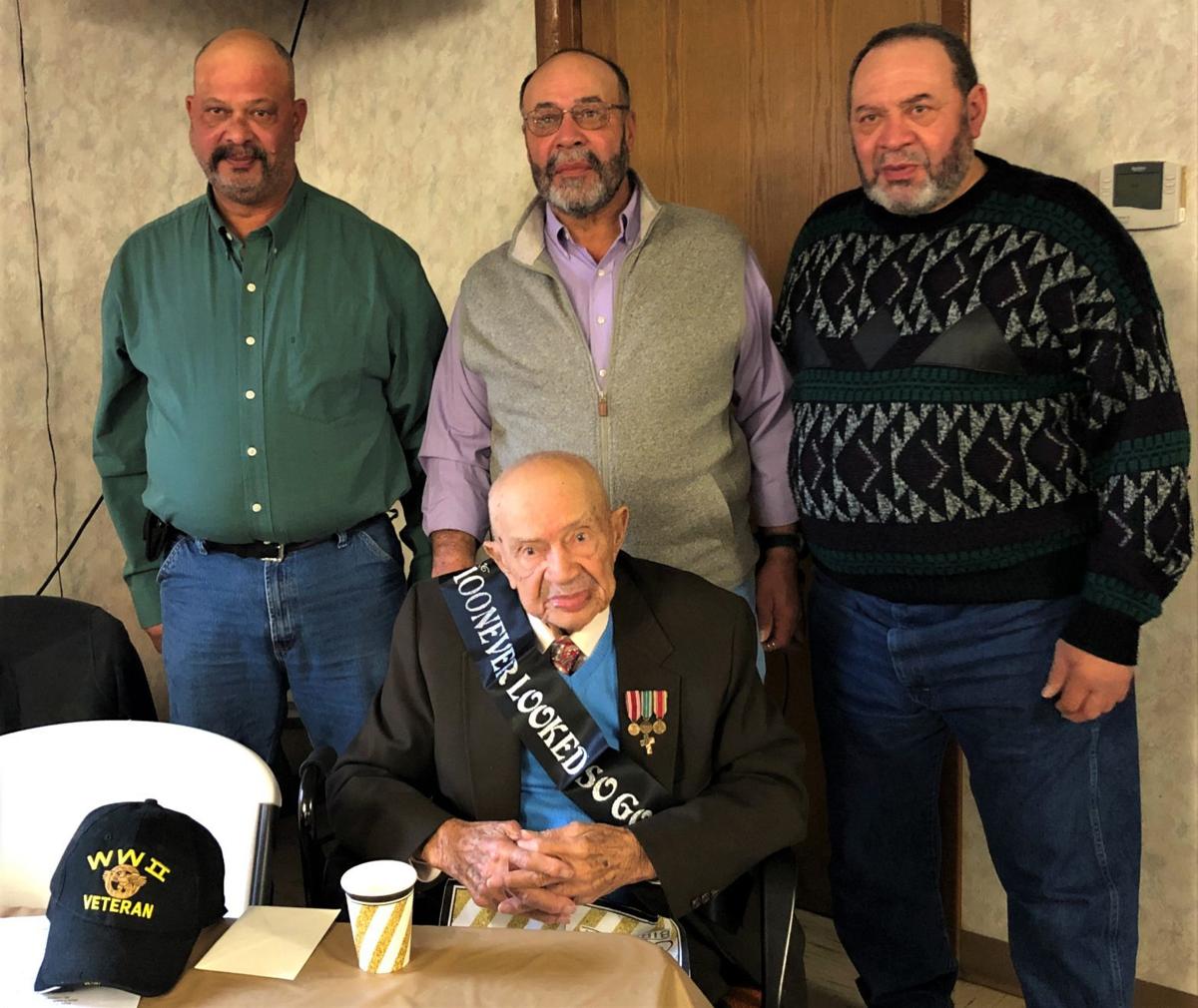 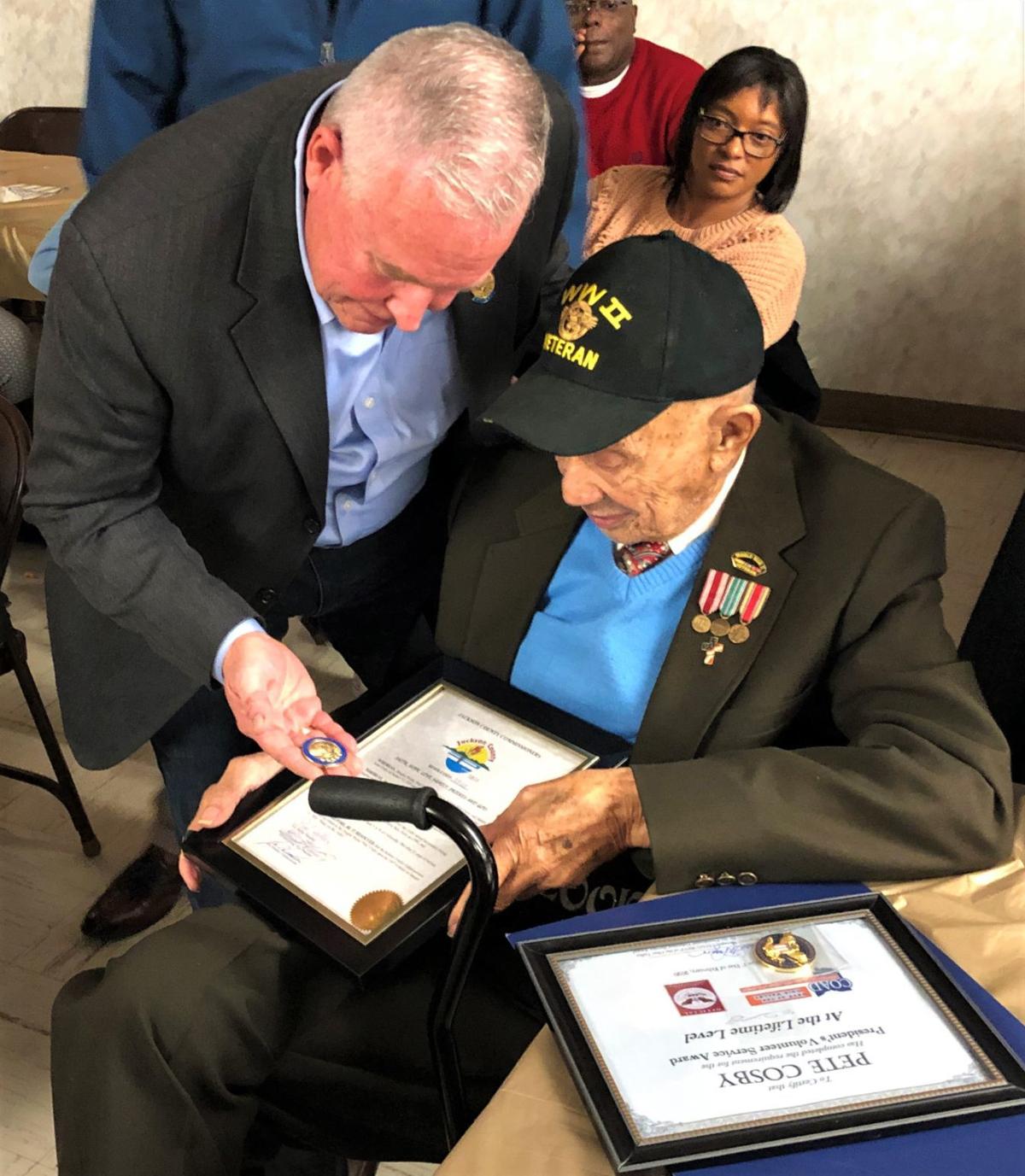 Pictured are the crowd of people who shown up for Pete Cosby's 100th birthday party on Saturday, Feb. 1, 2020. 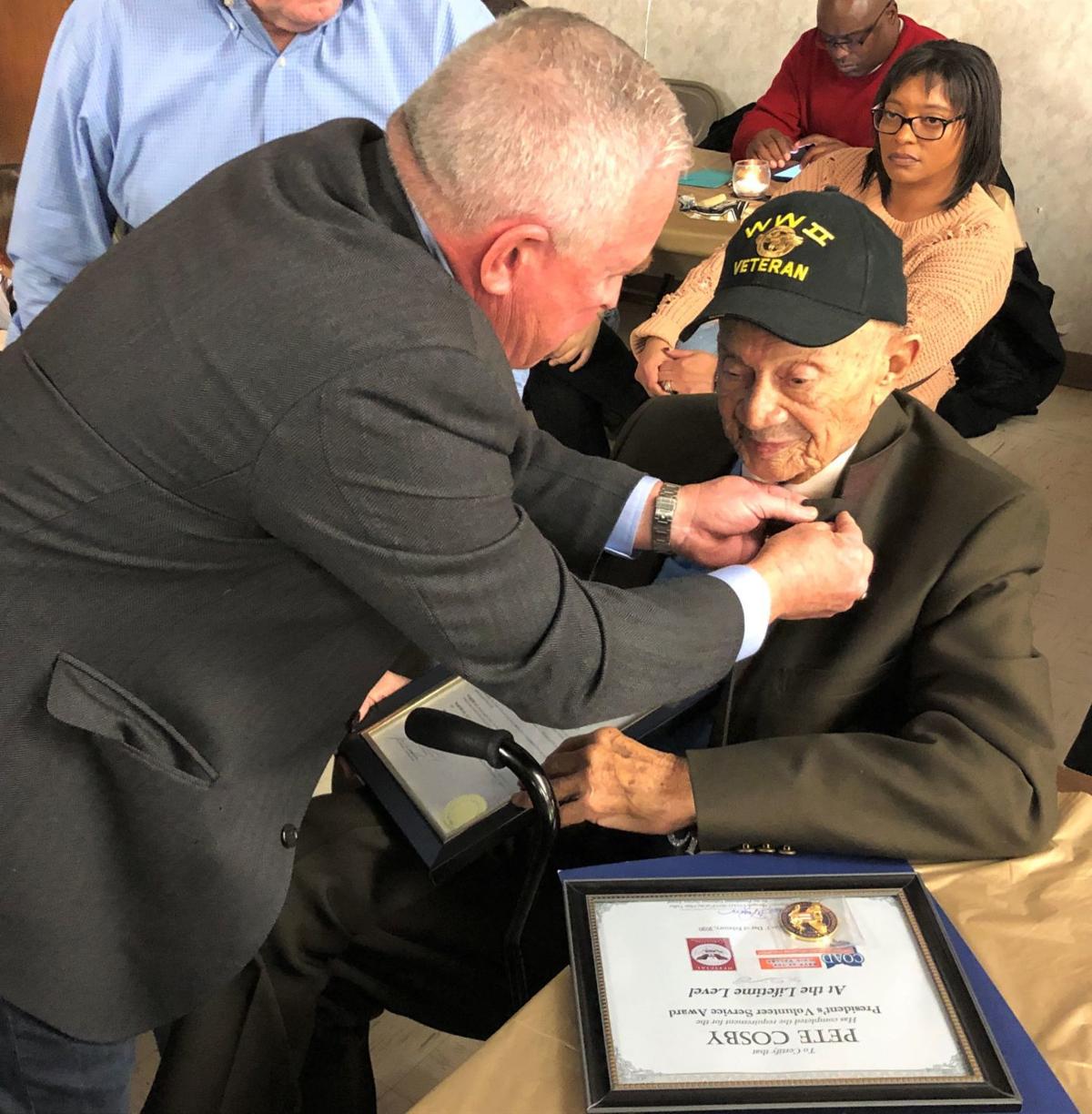 Jackson County Commissioners Jon Hensler, Paul Haller, and Ed Armstrong are shown presenting Mr. Pete Cosby with a proclamation that honored and pay tribute to him upon this 100th birthday.

Pictured are the crowd of people who shown up for Pete Cosby's 100th birthday party on Saturday, Feb. 1, 2020.

Note: This story appears in the Wednesday, Feb. 12 newspaper on Page A1.

Cosby was born on Jan. 31, 1920, to William Britt Cosby and Nannie Jones Cosby. A 100th Birthday Party was thrown for Cosby on Saturday, Feb. 1, 2020. The party featured music, food, and presentations.

He married Hester Simmons on March 19, 1949, and had 69 years together before her passing. Cosby is blessed with three married sons, four grandchildren, and six great-grandchildren.

He has lived in Jackson County almost his entire lifetime, except for the time he spent serving his country.

He attended basic training at Fort Dix and his Military Occupational Specialty was as a truck driver and after basic he was assigned to the 3861st Quarter Master Truck Company. During his enlistment, Cosby was in France, Africa, Italy, and Sicily, to name a few.

He was in the following campaigns:

Cosby received his Honorable Discharge on November 1945 at the rank of PFC/E — 3. He returned to Jackson and worked for the N & W Railroad of Chillicothe for over 30 years before retiring.

COAD/RSVP of the Ohio Valley Director Susan Rogers presented Cosby with the President’s Volunteer Service Award at the Lifetime Level, along with a special coin.

Wan Napper, a representative with the 101st Airborne Division, presented Cosby with a custom WWII hat, and a special frame letter and coin. The 101st Airborne Division “Screaming Eagles” was a specialized modular light infantry division of the U.S. Army trained for air assault operations. Cosby was in Normandy at the same time as the Screaming Eagles.

Jackson County Commissioners Paul Haller, Ed Armstrong, and Jon Hensler stopped by Cosby’s party to honor and pay tribute to him upon this 100th birthday. The Commissioners presented him with a proclamation, and Haller presented Cosby with a WWII coin and pin. Haller explained that Cosby had told him that he lost his WWII pin, so he replaced it.

A huge crowd (hundreds) of family, friends and the community were in attendance to help Cosby celebrate him reaching the milestone of becoming a “centenarian.”