Pictured is the damage done to one of the bridges on Wellston Park Road (Scenic Highway). 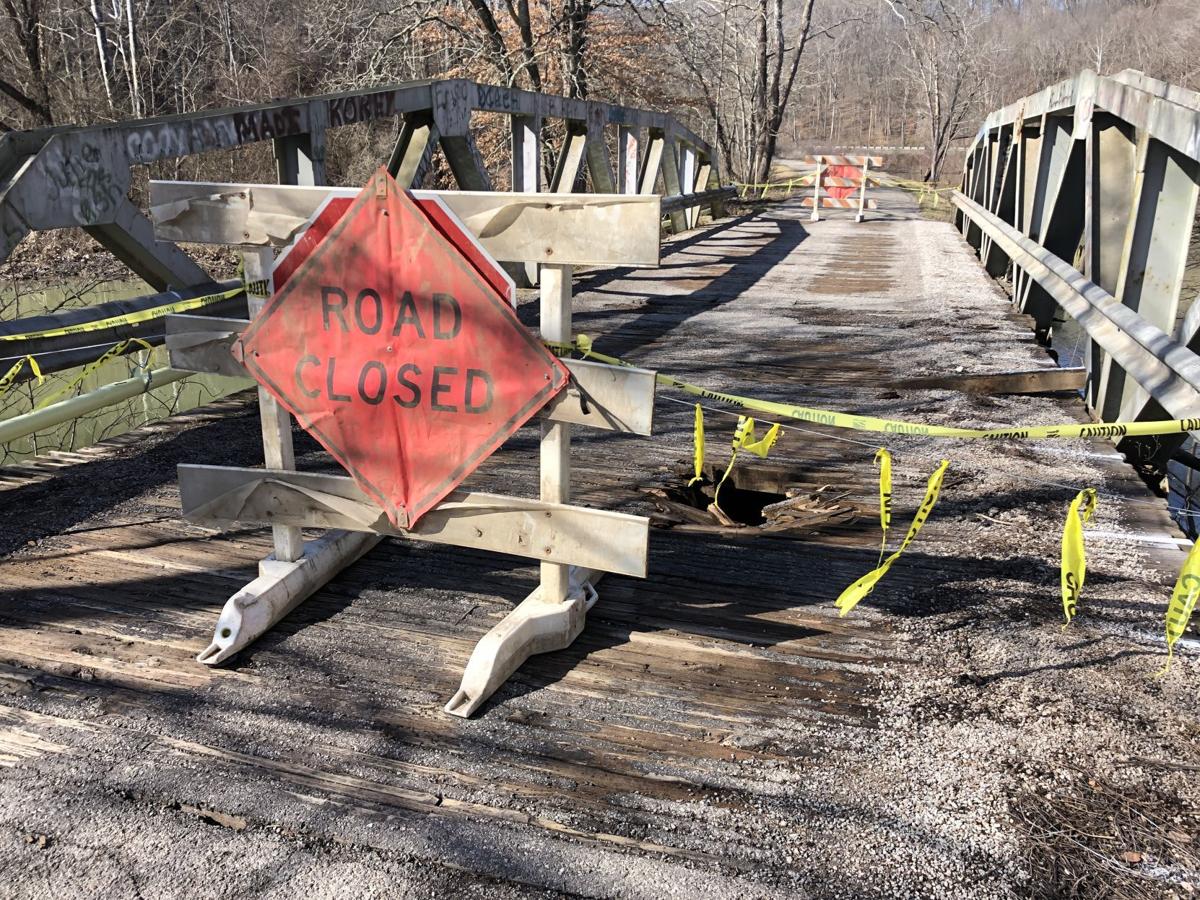 Pictured is the damage done to one of the bridges on Wellston Park Road (Scenic Highway).

WELLSTON — Wellston City Officials announced on Wednesday, Feb. 19, that a bridge on Wellston Park Road, also known as Scenic Highway, will be closed indefinitely due to damage.

The bridge is located inside the Wellston City limits, but is very close to Milton Township. The closing is a less then a quarter of a mile from State Route 349.

For those familiar with the area, it’s the second bridge on Wellston Park Road once you turn off Route 349.

Reportedly, a truck broke through the surface of the bridge, which caused the damage. A large hole has opened up on the bridge, and other places look weak as well.

Engineers and Bridge companies have been contacted to determine what next steps are needed.

The bridge will remain closed until further notice.