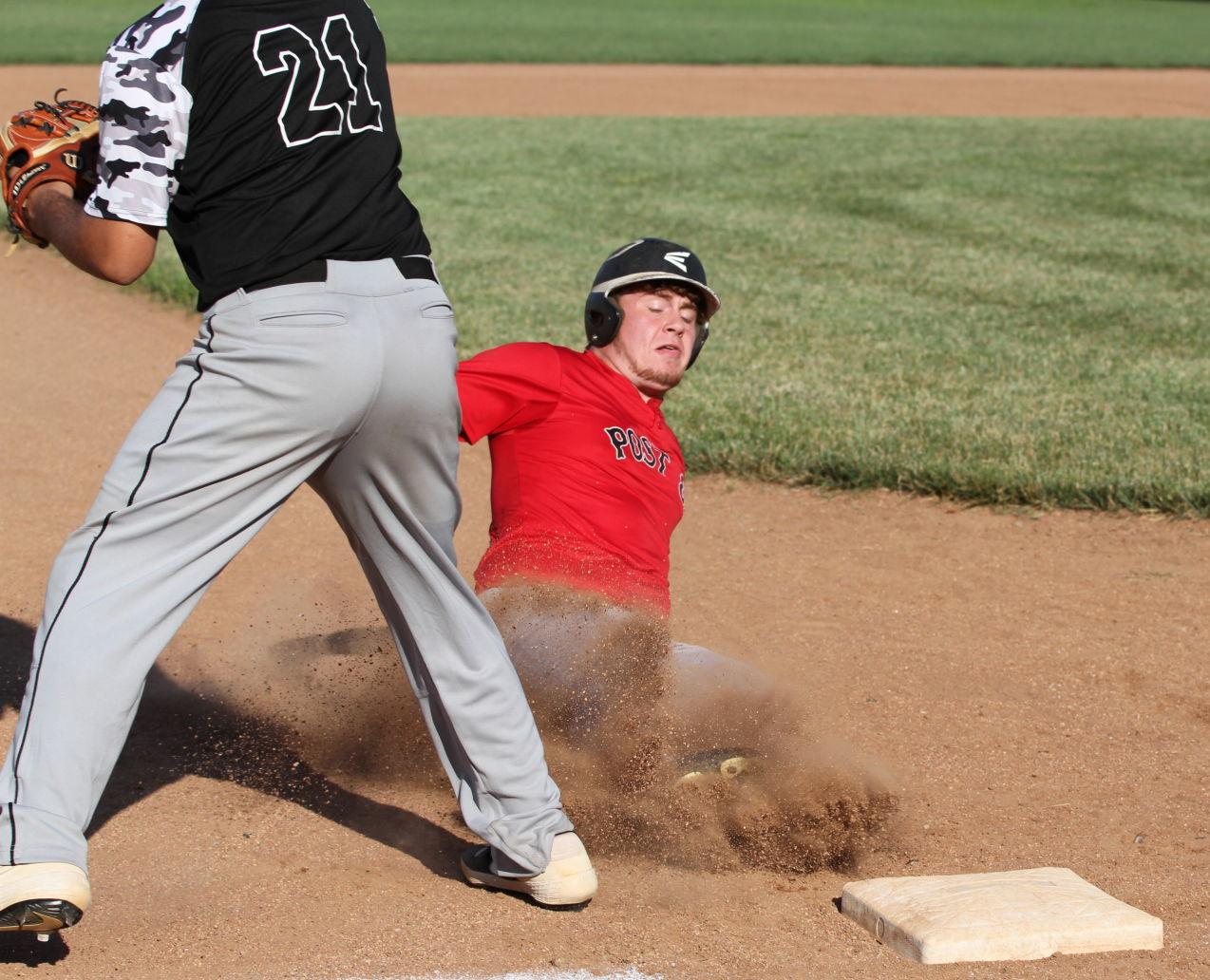 Post 81’s Caden Humphreys slides into third base following an RBI double by Chase Ingalls in the team’s 5-1 victory over Waverly Post 142 on Monday at Jackson’s ‘Sparky’ Haller Field.

Post 81’s Boston Kuhn attempts to tag out Waverly’s Alex Boles on a pick-off move during the team’s 5-1 victory over Waverly Post 142 on Monday at Jackson’s ‘Sparky’ Haller Field. 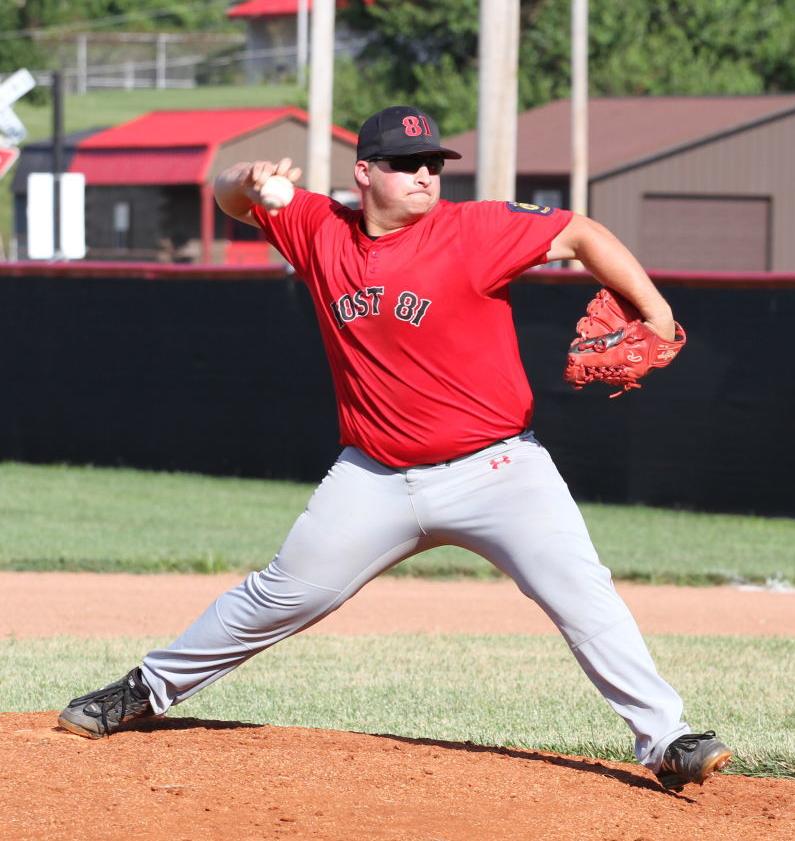 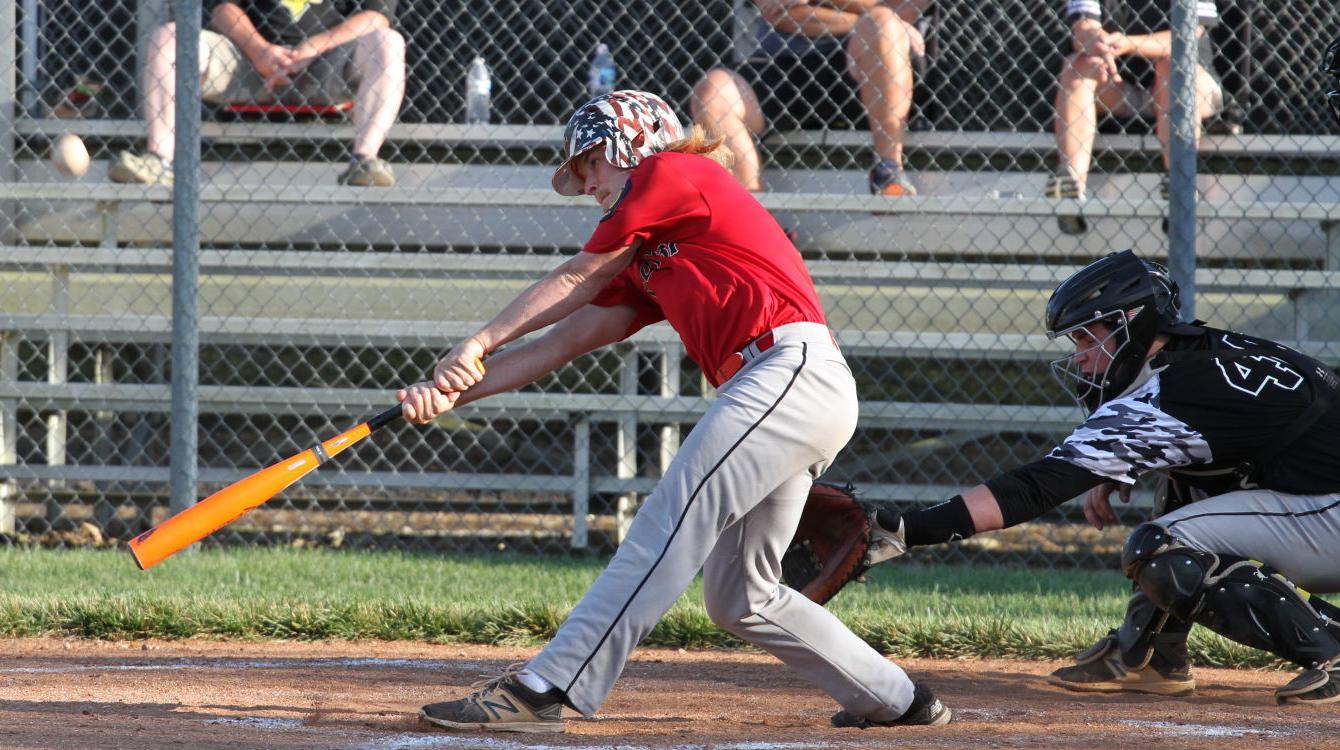 Post 81’s Caden Humphreys slides into third base following an RBI double by Chase Ingalls in the team’s 5-1 victory over Waverly Post 142 on Monday at Jackson’s ‘Sparky’ Haller Field.

Post 81’s Boston Kuhn attempts to tag out Waverly’s Alex Boles on a pick-off move during the team’s 5-1 victory over Waverly Post 142 on Monday at Jackson’s ‘Sparky’ Haller Field.

JACKSON — Post 81 couldn’t have picked a better time to its most complete game of the season.

With American Legion canceling its state tournaments back in April, Monday was the end of the line for Post 81, and it went out on top with a 5-1 victory over Waverly Post 142.

“They got us earlier in the season and we wanted this one badly,” Post 81’s Chase Ingalls said. “We knew they could swing the bat pretty well, but our outfielders did a great job tracking balls and making plays when they had their chance. They can cover a lot of ground and with Hunter (Cardwell) behind the plate, it stopped (Waverly) from possibly scoring some runs.”

Cardwell behind the plate was a big factor in Post 81’s victory, but the day belonged to Gabe Lanhart. Not just on the mound, but at the dish as well.

He tossed a complete game, allowing just four hits and striking out five batters in the process.

“I felt good from the minute I showed up to the field,” Lanhart said. “The warm up felt good, and the game felt even better. It was around the fourth inning that I found my zone and we had a solid lead, everything was just working out and I just need to keep pitching strikes.”

Waverly got on the board first and scored off a fielding error with two outs to take a 1-0 lead in the top of the second.

Although the Shockers hoped for a continued snowball effect, they were quickly stopped dead in their tracks.

Meanwhile, Post 81 was just getting started and Ingalls gave it the juice to finally get things rolling. With runners on first and second, he stepped to the dish and uncorked an RBI double to deep center field that scored Brock Eggers to tie the game 1-1.

“I’d been in struggling with batting for about half of the season,” Ingalls said. “So much so that I got some tips from a guy in Columbus who told me to watch the emblem on the pitcher’s hat and I’d see the pitch coming in a lot better. And it worked that time.

“That hit felt amazing. I got have gotten to third if (Caden) Humphreys wasn’t if front of me,” Ingalls continued, laughing. “But that plate appearance and hit was just what I needed.”

Following a walk to load the bases, Lanhart stepped up and legged out an infield RBI single to give Post 81 a 2-1 lead.

An error from Post 142’s shortstop followed by a passed ball plated two runners that pushed the lead up to 4-1, giving Lanhart plenty of breathing room to continue dealing on the hill.

Inning by inning, he routinely sat down 142’s lineup with the help of his defense, who made the plays when needed and didn’t get flustered after committing errors.

“It was a complete team effort, and I couldn’t have done it without those guys backing me up,” Lanhart said. “We put in a lot of work to improve game after game, and this was the best we’ve played recently.”

Despite having a lead, Lanhart wanted to added some extra insurance and got his chance in the bottom of the fifth with another RBI single to add on the final run of the game.

“(Waverly’s) pitcher was getting a little wild with his offspeed pitches, so I was waiting for a fastball to come at me,” Lanhart said. “I finally got it and sent it to right field to drive my guy across the dish for a run.”

In addition to his complete game, Lanhart finidhed 2-for-2 with two RBIs while Ingalls added a double and an RBI.

“Ending the season with a winning record is great,” Ingalls said. “That’s always our goal at the end of every season, but the way we improved all year and for myself, being a leader is what I’m most happy about with our season.”