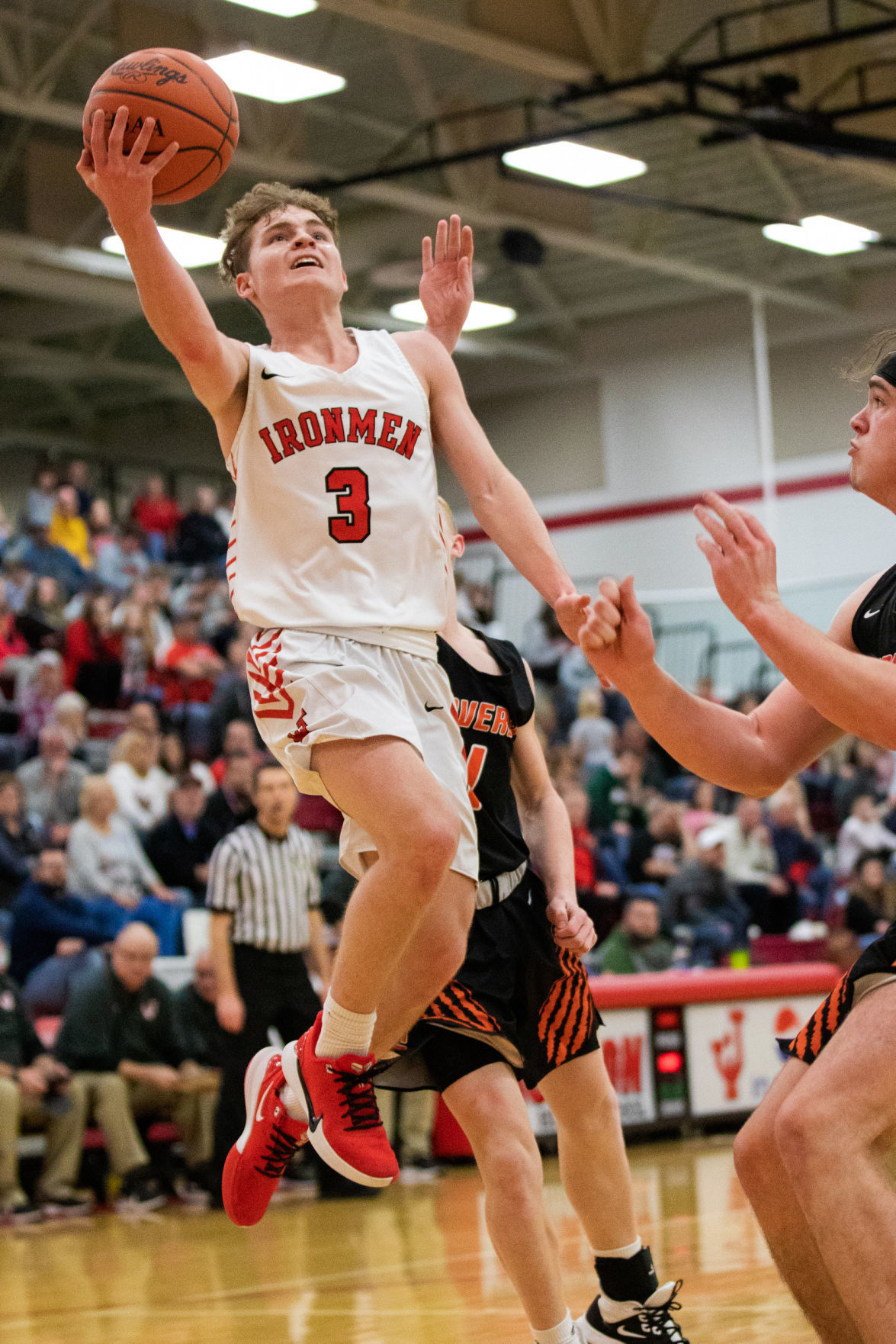 Jackson’s Caleb Wallis drives into the lane and makes the layup during the Ironmen’ 51-37 victory over Waverly on Saturday. 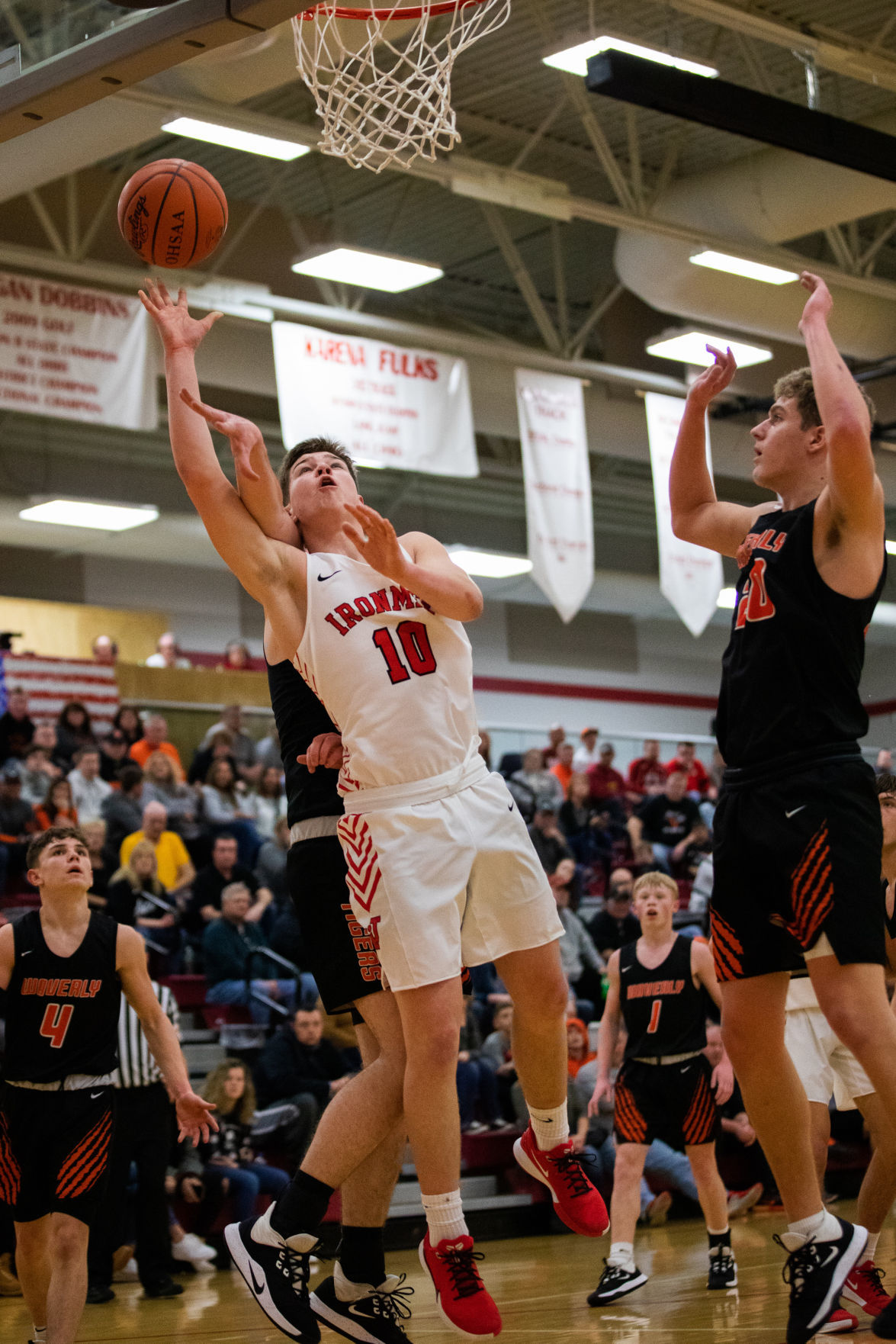 Jackson’s Drew Bragg converts the bucket at the rim during the Ironmen’ 51-37 victory over Waverly on Saturday. 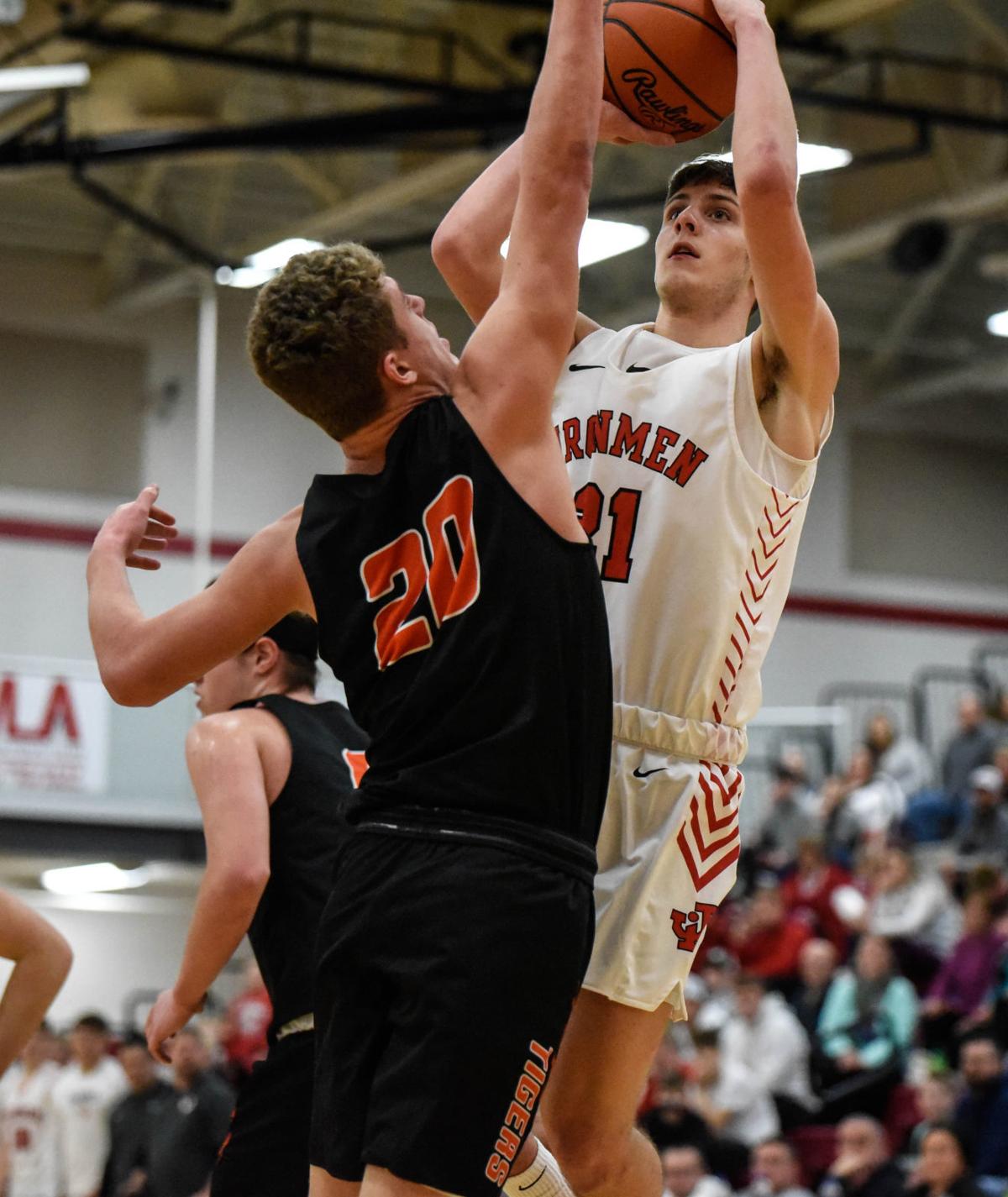 Jackson’s Braxton Hammond takes a tough shot while being defended by Waverly’s Will Futhey during the Ironmen’ 51-37 victory over the Tigers on Saturday.

Jackson’s Caleb Wallis drives into the lane and makes the layup during the Ironmen’ 51-37 victory over Waverly on Saturday.

Jackson’s Drew Bragg converts the bucket at the rim during the Ironmen’ 51-37 victory over Waverly on Saturday.

Jackson’s Braxton Hammond takes a tough shot while being defended by Waverly’s Will Futhey during the Ironmen’ 51-37 victory over the Tigers on Saturday.

JACKSON — All season long, Jackson has played with a chip the size of Texas on its shoulders.

It believes that very few teams or people take it legitimately serious, so every night it hits the floor with a determination to earn respect across Southeast Ohio.

It took another huge step in that direction as it knocked off Waverly 51-37 on Saturday in a matchup between two of the best inside Division II.

“We’re sitting a good spot to potentially earn a top seed, so we knew we needed this one,” senior guard Caleb Wallis said. “We came out with a lot of energy and this is huge for us going into the tournament. Games like this that are fast paced and physical are what we’ll see so it was good to test ourselves against a really good team.”

Wallis arguably garners the most attention of any player in Southeast Ohio because of his straight line speed, literal quickness and basketball IQ to make the right decisions time and time again.

His team trusts him to make those big plays, and he started Saturday with some big plays that turned into him scoring Jackson’s first 10 points for a 10-4 lead.

“I came out of the gate confident and I trusted the work I put in,” Wallis said. “My guys found me in great spots to be successful and I can’t say enough about them. They make my job easier.”

Jackson ended the quarter on a 7-2 run behind a triple from Caden Donaldson and two buckets, including a buzzer beater from Braxton Hammond to control a 17-6 lead.

An offensive struggle was the theme of the second has neither team cracked double digits in scoring.

Donaldson was a force on the boards despite giving up five inches and roughly 50 pounds to Waverly’s Will Futhey and Tanner Smallwood on the inside.

He was a big part of Jackson maintaining a 25-13 lead at halftime as he pulled down five of his team-high 11 rebounds in the frame.

“Caden is a guy who will do anything it takes to win,” Wallis said of his teammate. “He may not get noticed a lot because what he does doesn’t appear on a stat sheet, but he’s definitely the guy that helps us win games. We aren’t who we are or where we are without him.”

Keeping their foot on the gas, the Ironmen began to sense Waverly was on the edge of breaking after shooting just 5-of-16 in the first half.

Jackson began to create more separation between shots from Drew Bragg, Donaldson and Wallis. Then Boston Kuhn came off the bench and buried a 3-pointer that capped a 14-6 quarter as it led 39-19 going into the fourth.

“Everything started with our defense from the first quarter and we kept the pressure on,” Jackson coach Max Morrow said. “Our guys gave a lot of great energy and effort. We knocked down shots when we needed, and that’s what you need to do in games like this against a very solid Waverly team.”

Jackson wasn’t out of the woods just yet. Waverly found some life behind Futhey, who went on a personal 7-0 run that trimmed the lead to 39-28.

However, that was closest the Tigers got on the evening as the Ironmen hit some shots and connected on free throws to ice the game.

“(Waverly) coach (Travis) Robertson does a great job with his program and Trey Robertson is an unbelievable player,” Morrow said. “I thought we executed a great gameplan about guarding their bigs while Caleb and Caden sort of chased Trey around most of the night. I couldn’t be happier with how we played.

“Our kids have completely bought into the process and it started back in the summer. These guys put in a lot of blood, sweat and tears from last year to where we are right now to be in the position that we are in. We had a lot of new guys this year who now have the understand what is expected night in and night out. It’s great as a coach to see these guys understand their role and play the way they do.”

It was never a contest from the opening tip as the Ironmen routed the Blue Lions in FAC competition on Senior Night.

The victory moved the Ironmen to 18-2 on the season, which also set a new school record for most single-season wins.

Caleb Wallis finished with a career-best 38 points to lead the Ironmen on the evening.

Jackson returns to the court on Saturday at Chillicothe for a chance to win a share of the FAC championship.