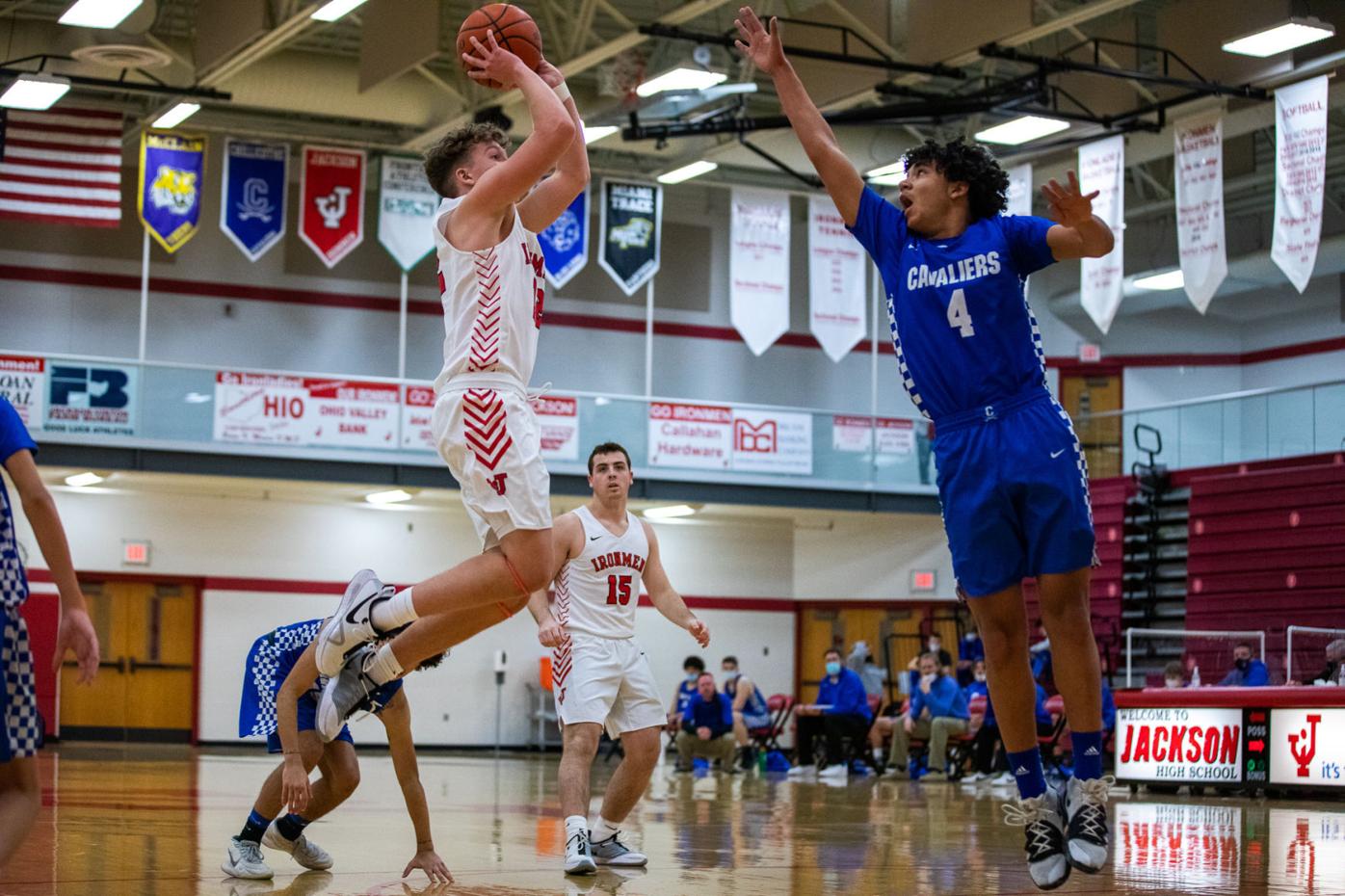 Jackson’s Tristan Prater takes a shot over Chillicothe’s Aaron Valentine in the Ironmen’s 68-42 victory over the Cavaliers in FAC action on Saturday. 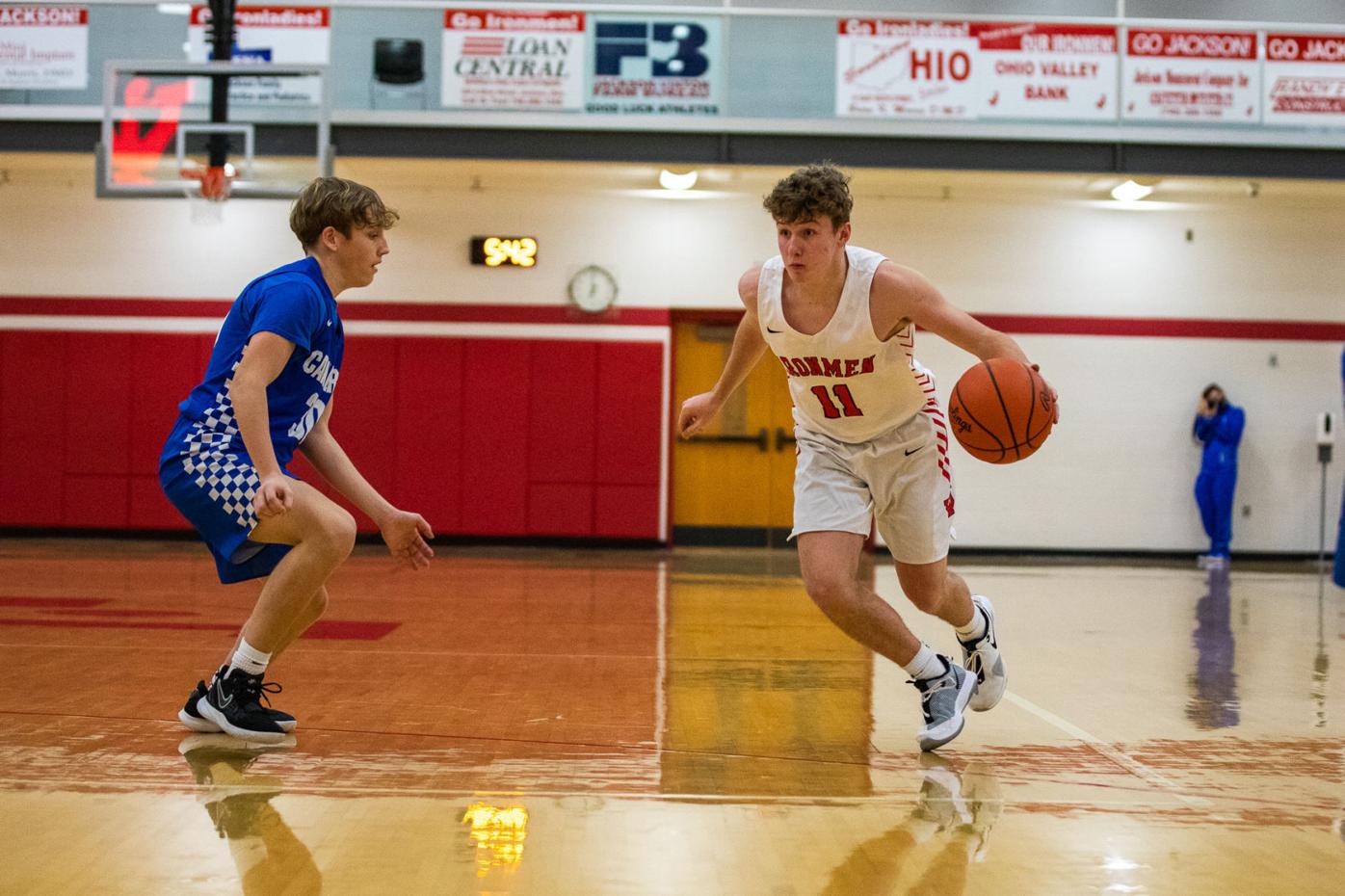 Jackson’s Holden Blankenship dribbles and drives past Chillicothe’s Mason Siberell in the Ironmen’s 68-42 victory over the Cavaliers in FAC action on Saturday.

Jackson’s Tristan Prater takes a shot over Chillicothe’s Aaron Valentine in the Ironmen’s 68-42 victory over the Cavaliers in FAC action on Saturday.

Jackson’s Holden Blankenship dribbles and drives past Chillicothe’s Mason Siberell in the Ironmen’s 68-42 victory over the Cavaliers in FAC action on Saturday.

JACKSON — It’s unknown if was a first for Jackson’s program, but it was first for head coach Max Morrow.

In eight pervious matchups with Chillicothe, he’s suffered the loss. That all changed Saturday.

Jackson dominated every part of the game from the opening tip to the final buzzer as it defeated the Cavaliers 68-42 for the first time this century.

“Chillicothe isn’t solid in the win-loss category, but they are still a good team that is well-coached,” Morrow said. “Our seniors had never beaten Chillicothe in their career, so this is a special win for them individually. As a team, we’ve been on the losing side of these battles for a while so it’s nice to be on the winning side for a change.”

Jackson’s defense and ability to not give up second chance points is the main reason the game got out of hand in a hurry.

At one point in the second half of the game, Drew Bragg had 16 points compared to just 15 points for Chillicothe’s team.

“These last few games I’ve been really slow and a little off, but I know that if we’re going win games and achieve something big that I have to play well and score,” Bragg said. “We’re still in the race with Hillsboro atop the FAC so we’re still chasing that conference title and more.”

Boston Kuhn came off the bench, found a rhythm and maintained his consistency to the tune of 15 points.

Additionally, Tristan Prater brought the energy on the floor whether with was playing perimeter defense or hustling for extra rebounds.

While his defense stood out, he also finished with 11 points and four rebounds.

“I like playing defense, and it always lead to our offense getting out in transition and running the floor,” Prater said. “We’re playing with some momentum and beating Chillicothe just adds to it.”