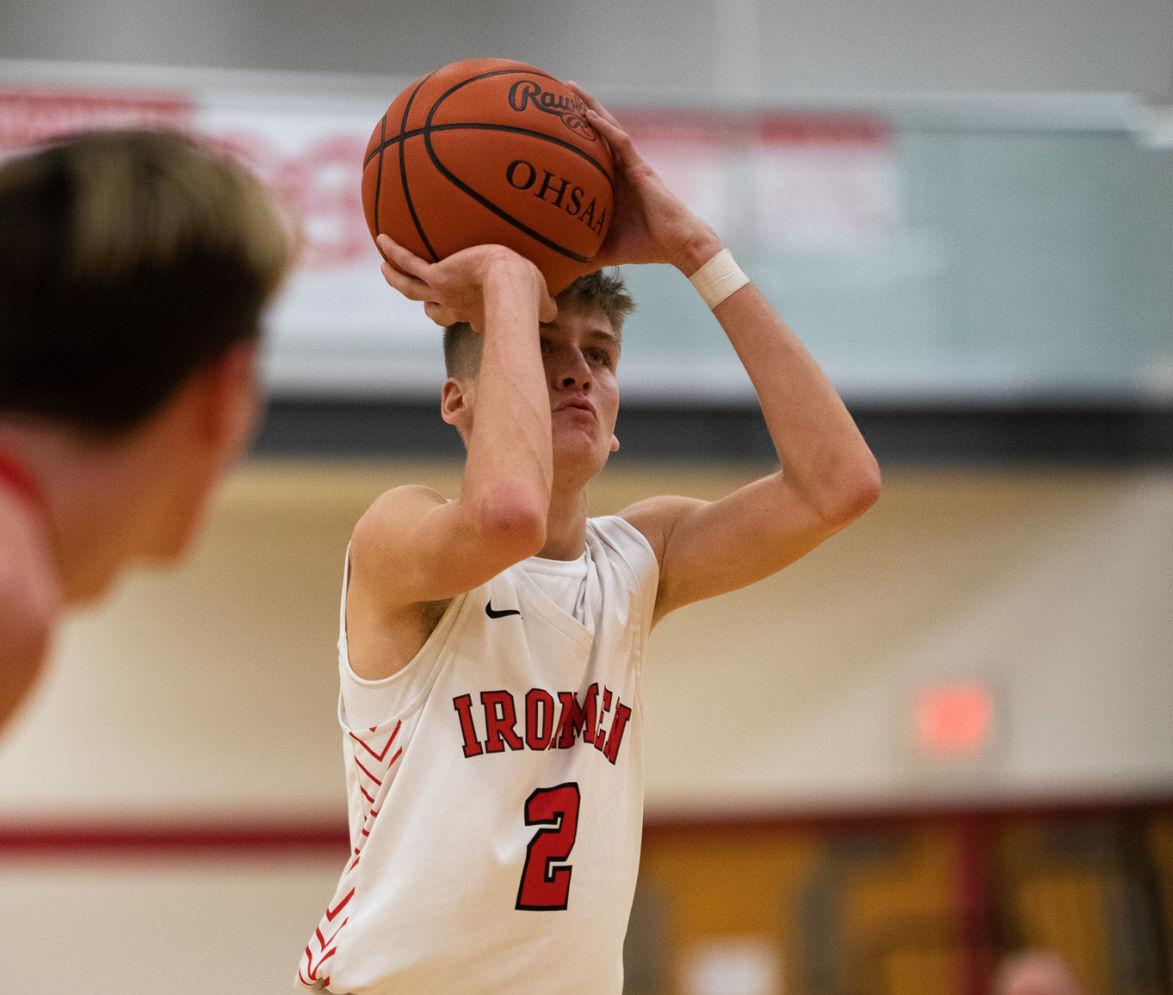 Jackson’s Boston Kuhn finished with 23 points, including a perfect 8-for-8 at the free throw line in the Ironmen’s 65-53 victory over Hillsboro on Friday. 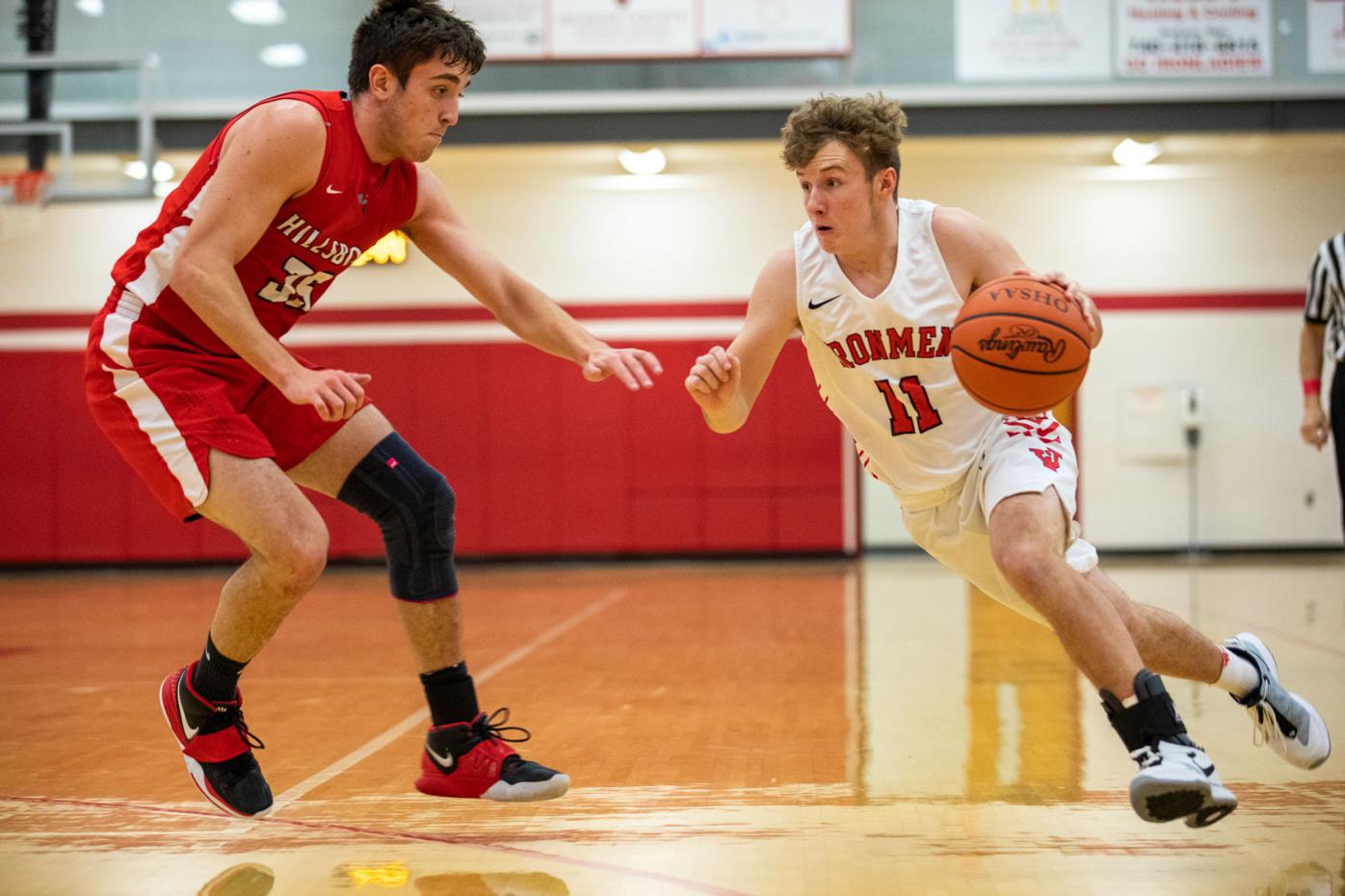 Jackson’s Holden Blankenship drives to the rim against Hillsboro’s Brad Miller in the Ironmen’s 65-53 victory over the Indians on Friday.

Jackson’s Boston Kuhn finished with 23 points, including a perfect 8-for-8 at the free throw line in the Ironmen’s 65-53 victory over Hillsboro on Friday.

Jackson’s Holden Blankenship drives to the rim against Hillsboro’s Brad Miller in the Ironmen’s 65-53 victory over the Indians on Friday.

Then he hit a 3-pointer, and suddenly the rim got bigger, he caught the hot hand and continued to fire away.

The senior guard finished with 23 points and five rebounds on the evening (20 in the second half) as he paced the Ironmen to a 65-53 victory over Hillsboro in FAC action.

“He is a senior leader, and the jump that he has made is unbelievable to watch,” Jackson coach Max Morrow said. “I tell him all the time that he’s one of the best players in the FAC, whether he believes it or not. He’s a hard worker, a great kid and knows when to make his move. He sat behind Caleb (Wallis) last year, but still played a lot of minutes and that experience is paying off this year.”

However, Kuhn wasn’t alone in the scoring department. Drew Bragg played with a steady hand and a calm demeanor all evening.

He was much of the reason Jackson kept the game close in the first half with 10 points before ending the night with 19.

“We finished 20-of-25 at the free throw line, and most of that was because Drew and Boston are so consistent,” Morrow said. “First things first, that’s a fantastic mark at a team to accomplish that. But if we have a lead in the fourth and those two guys are at the line, we’re going to be a tough team to beat at any point in the season.”

Both teams jockeyed for position throughout the first, but it was Hillsboro who ended with a leg up, leading 12-11.

Then the Indians began to create some separation using the inside presence of Brad Miller and Hunter Price.

With the two of them corralling rebounds and getting out in transition, the Indians ended the half on a 10-2 run and held a 29-21 lead at halftime.

“It wasn’t that we weren’t ready, but Hillsboro is a really good team,” Morrow said. “(Hillsboro) Coach (Miles) Burton had those guys ready to play and their ball movement on the offensive end was great. We got in foul trouble, played a little too handsy and they connected from the line. Meanwhile, we weren’t hitting shots.”

“We weren’t sliding our feet, and we’re a gap-control defense that likes to pressure the ball. But we were getting beat off the ball and giving them too many straight line drives to the rim.”

Those adjustments weren’t working in the first minute and a half as Quinton Captain buried a triple that gave the Indians a 34-23 lead.

And then momentum changed just like that as the drop of a dime.

Evan Spires and Kuhn drilled back-to-back 3’s, followed by a transition lay-in from Holden Blankenship for an 8-1 run that cut the lead to 35-31.

Kuhn, Bragg and Blankenship went on to connect on five more 3’s in the third, the final one being a four-point play from Kuhn that pushed Jackson ahead 48-40.

“We just started hitting shots and making things happen,” Blankenship said. “Evan hit a 3 and that just got everything going. Boston hit shots, I think I got a steal and knocked down a stepback 3-pointer and we just continued to click on all cylinders.”

Yet, Hillsboro weathered the offensive explosion and came back with a sizable punch of its own. Trailing 52-45, Captain came through again and buried the shot from deep, bringing the game to within four points.

It attempted to cut the lead down again, but missed a few buckets and began fouling. Between Kuhn and Bragg, the duo went 10-of-10 at the stripe, including eight of them from Kuhn to preserve the victory.

“He’s a worker, and he can score in bunches with the best of them,” Bragg said of Kuhn. “He’s one of our best shooters and definitely knows how to put the ball in the basket. Couldn’t have been happier for him.”

Jackson returns to action Saturday at Athens and Tuesday at home against Washington in FAC action.