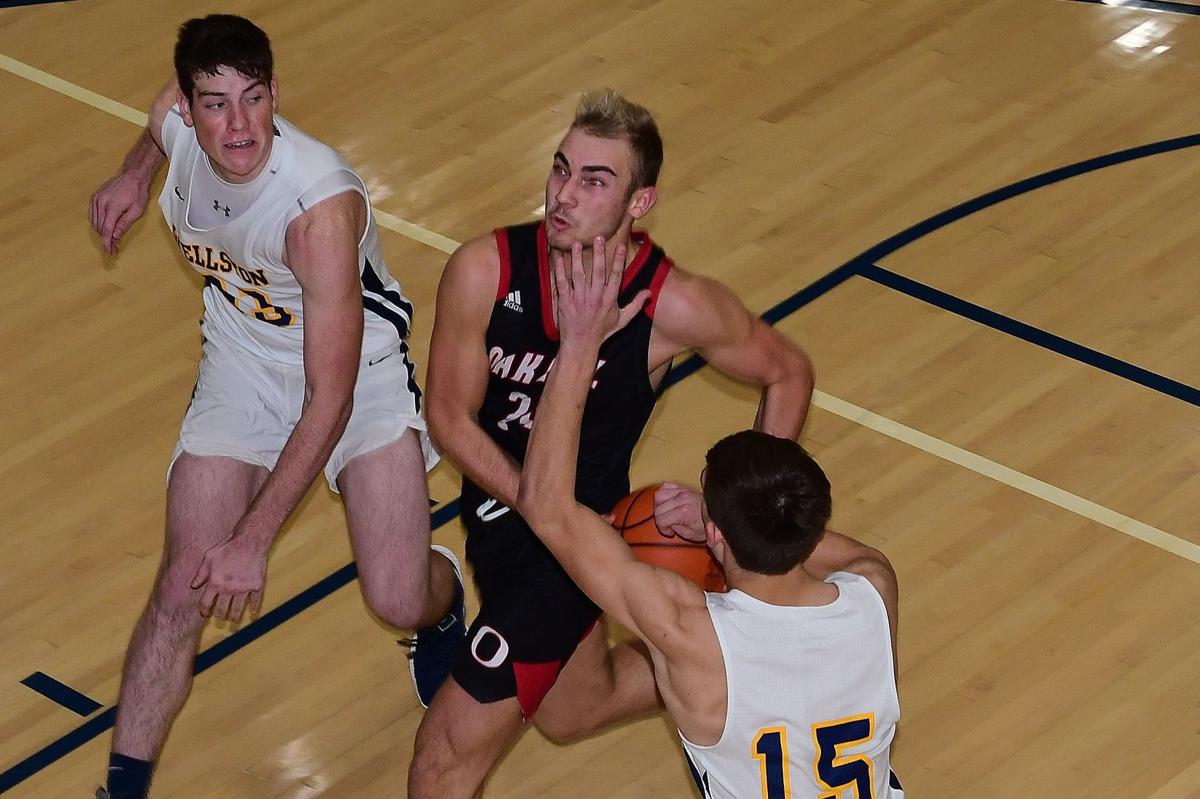 Oak Hill’s Chase Hammond splits through Wellston defenders Josh Bodey (left) and R.J. Kemp (right) for the layup in the Oaks’ 48-20 victory over the Golden Rockets on Tuesday. 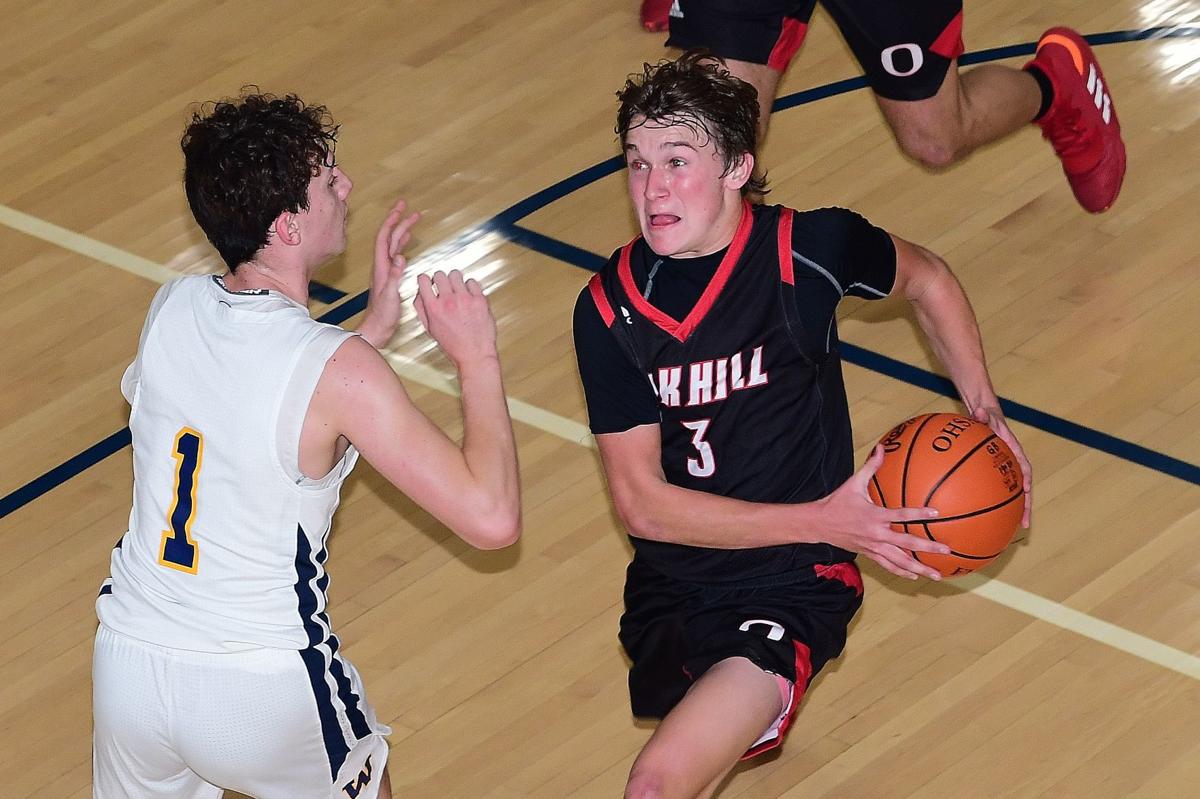 Oak Hill’s Keaton Potter (right) drives to the basket and attacks Wellston’s Cyan Ervin (left) in the Oaks’ 48-20 victory over the Golden Rockets on Tuesday.

Oak Hill’s Chase Hammond splits through Wellston defenders Josh Bodey (left) and R.J. Kemp (right) for the layup in the Oaks’ 48-20 victory over the Golden Rockets on Tuesday.

Oak Hill’s Keaton Potter (right) drives to the basket and attacks Wellston’s Cyan Ervin (left) in the Oaks’ 48-20 victory over the Golden Rockets on Tuesday.

Note: This story appears in the Wednesday, Dec. 11 newspaper on Page B1.

The Oaks forced 19 first-half turnovers and lead by double digits for most of the game as they cruised to a 48-20 victory over the Golden Rockets.

“We work everyday in practice on defense and try to give up less than 30 points per game,” senior forward Drew Hanning said. “Everything was just clicking for us in this one. Our help defense was really good, and hopefully only going to get better. I feel like we can go pretty far with this team and this was a good start.”

With Oak Hill already leading 21-10 after forcing 10 first quarter turnovers, it decided to turn up the heat even more on Wellston.

The Oaks maintained their offensive flow between the point guard/center duo of Keaton Potter and Chase Hammond, who scored 10 of the 12 Oak points in the second.

On defense, Potter came up with three of his five steals during the frame while the Oaks forced nine more turnovers.

Wellston only got off five total shots attempts, the final one being a missed 3-pointer with less than 10 seconds left as Oak Hill completed a perfect quarter and shutout the Golden Rockets to lead 33-10 at halftime.

“We lost our enthusiasm from about the final two minutes of the first quarter all the way to halftime,” Wellston coach Joe Briggs said. “We had 19 turnovers to just 10 points, and you can’t win games like that. All credit to Oak Hill, they got the better of us and pretty much did what they wanted on both ends of the court.”

When playing against Oak Hill, much of the game plan revolves around ways to control Hammond in the paint, and understandably so.

He did average 20 points and 12 rebounds last season, and at 6-foot-5, he’s possesses a physical nature to get to the rim combined with a soft touch to finish.

Despite only playing two and a half quarters, he still finished with 17 points and seven rebounds for the Oaks.

“Chase doing what he does opening things up for all of us because he attracts so much attention,” Hanning said. “It allows us to have those 1-on-1 matchups on the outside to drive to the paint and dish it or it opens up the floor for us to shoot it.”

“Hammond is a very strong and active player,” Briggs said. “He’s hard to keep off the boards and we knew that coming in since we play Oak Hill every year. They were getting offensive rebounds and loose balls, they wanted it more and played more aggressive.”

That attention Hammond commanded in the post allowed Hanning to find his shot from where he wanted on the floor.

Roaming around on the perimeter, the senior forward routinely found open shots and buried four 3-pointers on the night as he also finished with 17 points alongside five rebounds.

“We work on shooting and I was finally able to find my spots to knock a few of them down,” Hanning said. “I was a little off in scrimmages we had earlier, but I got in a rhythm. My teammates set me up with a lot of great passes to get me open to hit shots.”

After Hammond and Hanning’s outings, Potter finished with nine points in addition to his five steals for Oak Hill.