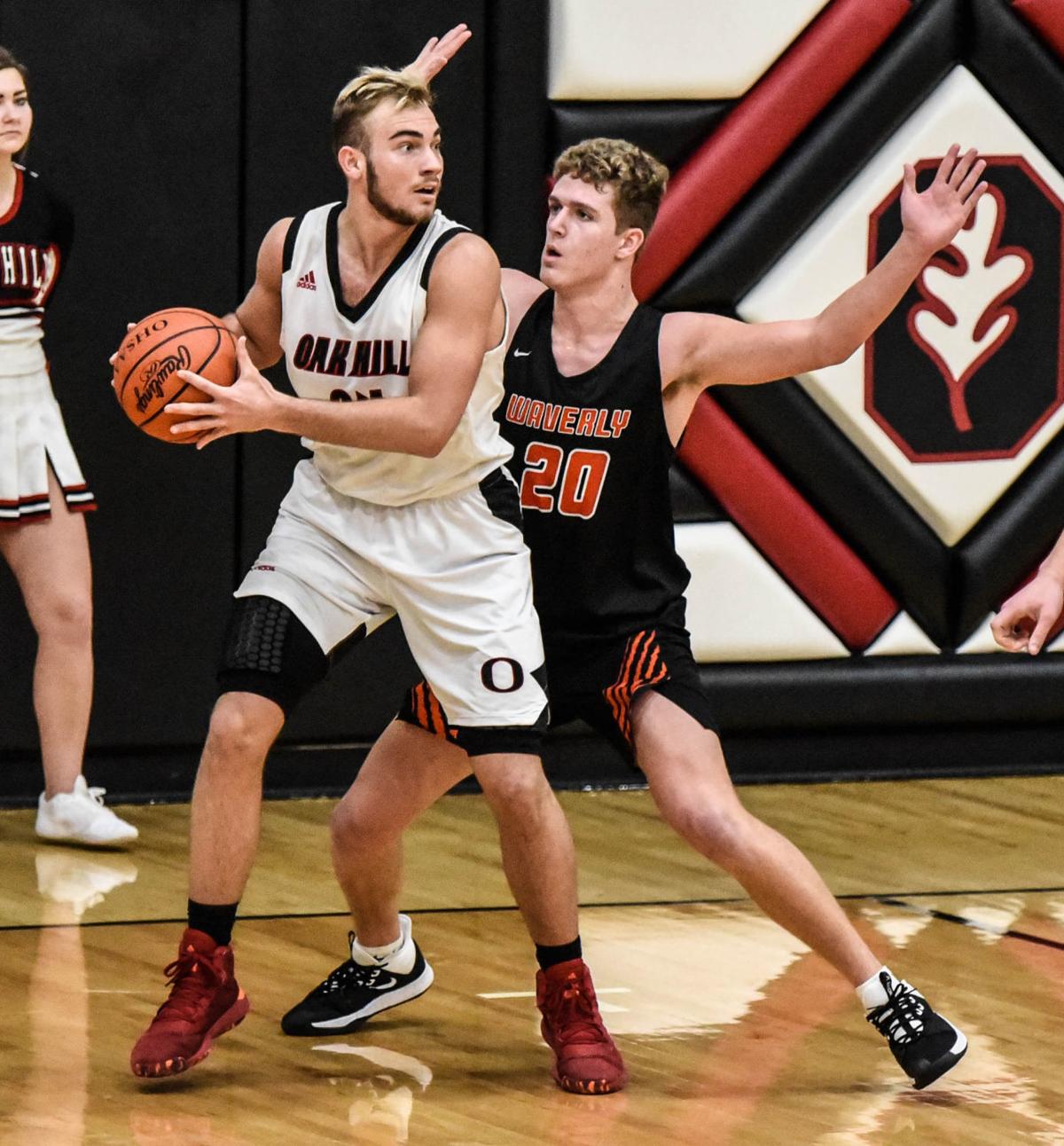 Oak Hill’s Chase Hammond led the Oaks to an 18-6 season and highlights the top two games from the area basketball scene on the boys’ side. 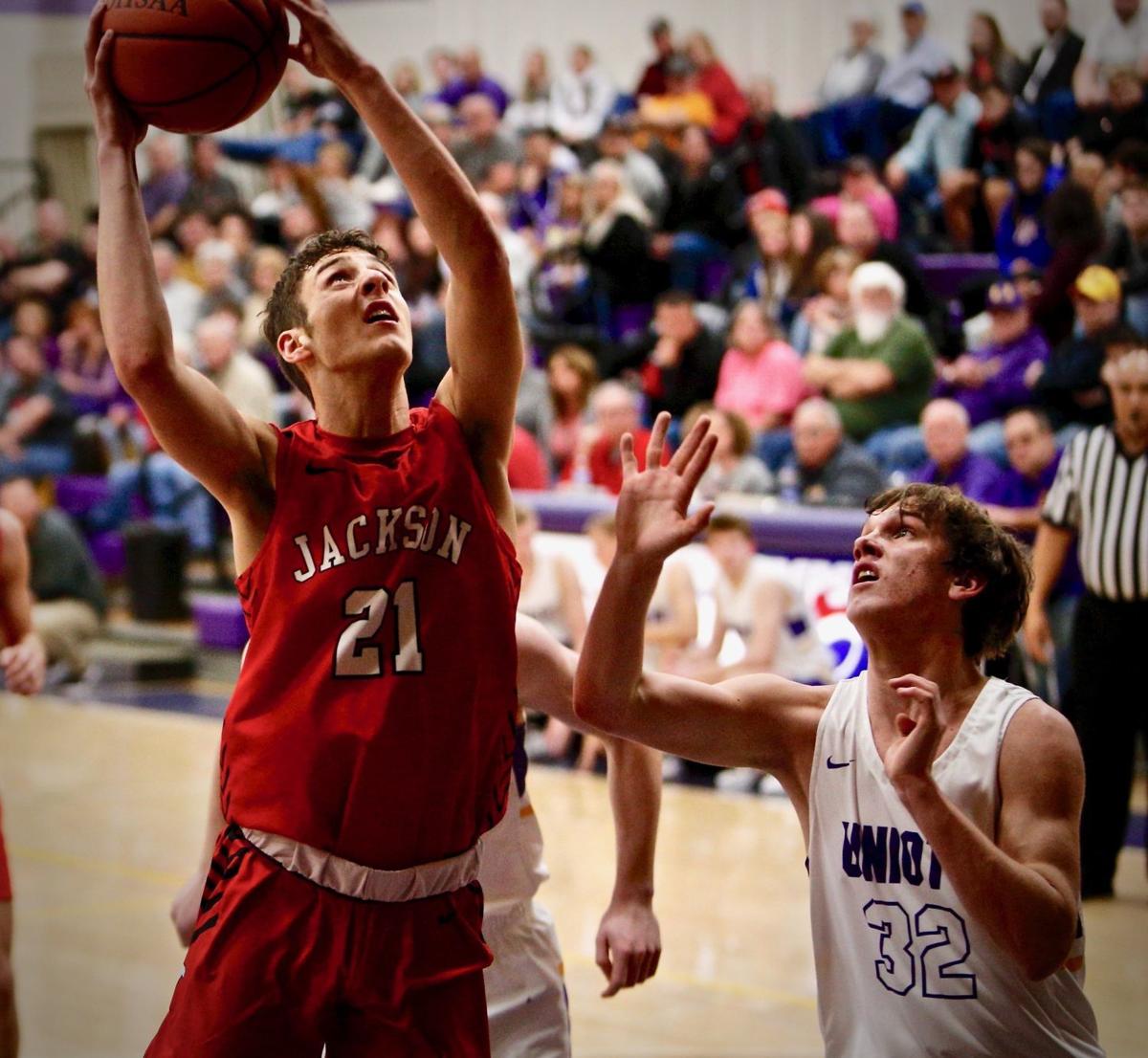 Jackson’s Braxton Hammond goes for the bucket while being defended by Unioto’s Cater Marko. Hammond finished with a game-high 16 points in the Ironmen victory over Unioto.

Oak Hill’s Chase Hammond led the Oaks to an 18-6 season and highlights the top two games from the area basketball scene on the boys’ side.

Jackson’s Braxton Hammond goes for the bucket while being defended by Unioto’s Cater Marko. Hammond finished with a game-high 16 points in the Ironmen victory over Unioto.

Note: This sports story appears in the Wednesday, March 18 newspaper on Page B1.

Well, another basketball season is officially in the books.

From late season conference drama to shocking postseason early exits, the season never failed to short us on moments that will live on forever.

With spring sports currently on hold, why not take a look back at December-March basketball and relive some of those moments.

We’re counting down the top five games from the boys’ basketball season.

Based upon basketball tradition and history, this was a complete mismatch. However, Wellston came ready for a battle.

The inside presence of Hunter Smith and Josh Bodey allowed the Golden Rockets to get multiple second chance opportunities and hang around for much of the game, despite trailing.

Although they managed single digits deficits on a handful of occasions, they couldn’t stop Vinton County’s Gavin Arbaugh and Lance Montgomery.

The duo combined to score 48 of the Vikings’ 68 points as they walked away with the TVC victory in hand.

This was a chance for Jackson to prove it was a serious contender inside of Division II, and it didn’t miss.

Unioto put together a gameplan to limit Caleb Wallis’s impact on the game and it worked for the first half as the Shermans led 25-24.

However, Jackson showed it was more than just a one-trick pony as the offense began to flow through Braxton Hammond. Meanwhile, the defense shutdown Unioto, holding it to just two points in the third and controlling a 38-27 lead.

In the end, Wallis, Hammond and Drew Bragg each finished with double figure scoring as the Ironmen picked up a signature road victory.

Even with the impressive season Jackson had up to this point, it still felt like it wasn’t getting the respect or credit it had earned.

It took all of those emotions and frustrations out on Waverly in a resounding fashion.

Jackson never trailed in this game as Wallis took the challenge of guarding Waverly’s Trey Robertson, while Hammond, Bragg and Caden Donaldson each came up with big shots as key moments.

Dominating from the opening tip, the Ironmen surely gained some respect at this point from those inside of Division II.

Even watching this game, I still can’t believe how it start and ended. Both teams were undefeated, but Oak Hill was 6-0 compared to just 2-0 for Wheelersburg.

Chase Hammond played out of his mind in the first half, dominating the Pirates inside for 18 points as the Oaks led 30-25.

That lead ballooned up to 45-36 going into the fourth. And then the wheels unexplainably fell off.

With the Pirates double teaming Hammond and not allowing him to get to the bucket, they made their move with a 9-0 run to tie the game 45-45. The Oaks missed three 1-and-1 free throw opportunities, while the Pirates sank 5-of-6 free throws down the stretch to pull off the shocking comeback.

Despite coming off a tough loss to Wheelersburg, Oak Hill still had a chance to win a share of the SOC II, but it had to get past Waverly first.

Both teams remained neck and neck with each other through the first 12 minutes of the game. Then Keaton Potter and Chase Hammond led a 7-2 run for the Oaks that gave them some confidence before owning a 34-27 lead at the half.

However, the Oaks began to go cold from the field and than lead to a 40-40 game going into the fourth.

Then Waverly’s big man trio of Will Futhey, Tanner Smallwood and Zeke Brown took over down the stretch as the Oaks didn’t have anyone outside of Hammond to help offset the size in the post as the Tigers walked away with the win.