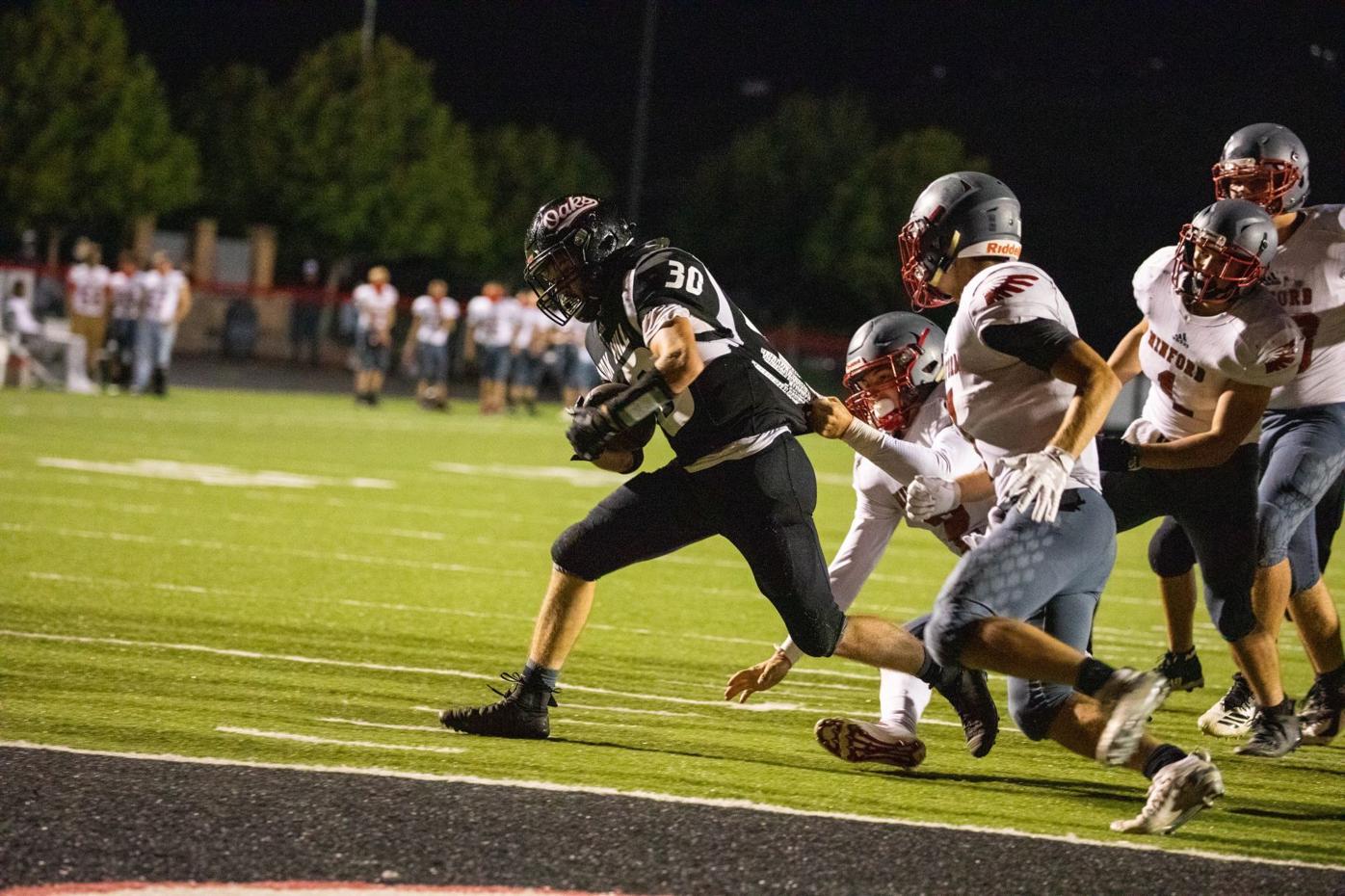 Oak Hill’s Conor Dickens drags Minford’s Elijah Vogelsong on his way to the game-winning nine-yard touchdown in the Oaks’ 27-21 victory over the Falcons during the season. Dickens was named first-team SOC II after leading the team with five rushing touchdowns. 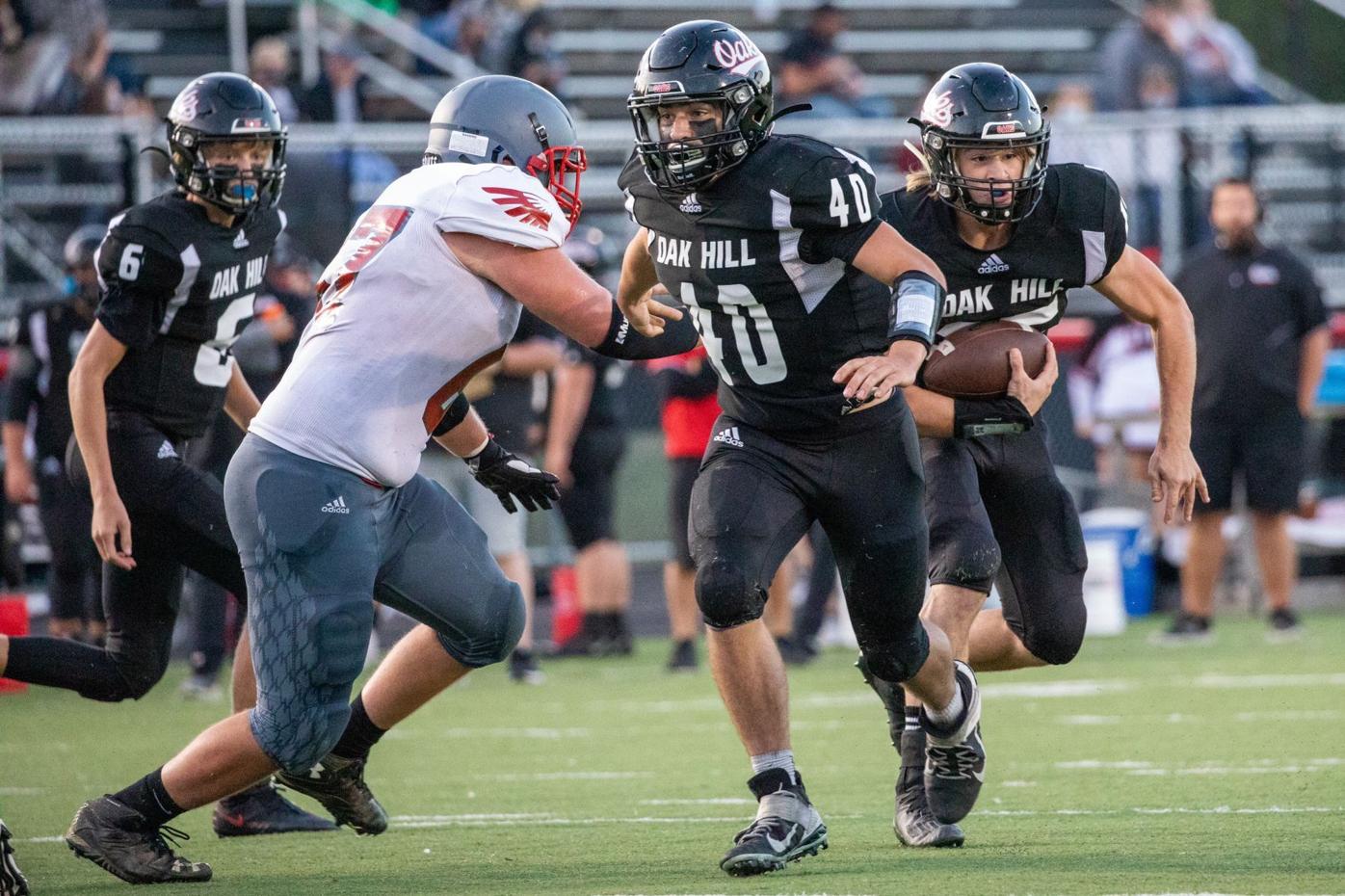 Oak Hill’s Conor Dickens drags Minford’s Elijah Vogelsong on his way to the game-winning nine-yard touchdown in the Oaks’ 27-21 victory over the Falcons during the season. Dickens was named first-team SOC II after leading the team with five rushing touchdowns.

Waverly’s Haydn’ Shanks was named the SOC II’s Offensive Player of the Year while Northwest’s Brayden Campbell and Eastern’s Dillion Mattox shared the same honor in the SOC I.

In his senior year, Shanks led the Tigers to an 8-1 mark while throwing for 2,574 yards and 31 touchdowns. The signal caller completed 67.2 percent of his pass attempts.

Meanwhile, Campbell led the Mohawks to a 6-3 finish and the program’s first-ever outright SOC I title at 5-0. Mattox was the maestro of an Eastern offense that won five games and never scored less than 20 points.

The Defensive Player of the Year award was split between two names in the SOC II — Waverly’s Zeke Brown and West’s Eli Tilley. That award in the SOC I went to Northwest’s Evan Lintz.

Harden finished the season with 68 rushes for 355 yards and four touchdowns as part of Oak Hill’s run-heavy offense. He added 45 tackles from his linebacker position.

Dickens ended the season with 73 carries for 517 yards and a team-high five touchdowns, alongside 49 tackles and two interceptions defensively.

Kerns as the team’s fullback managed to carry the ball 53 times for 232 yards and two touchdowns, while piling up 44 tackles on defense.

Barger was the leader of the offensive and defensive line, and piled up 31 tackles and four tackles for a loss on the year.

Beam finished as the team’s leading rusher with 94 carries for 540 yards and four touchdowns, while also adding five catches for 92 yards and two touchdowns. On defensive, he had 40 tackles and an interception for a touchdown.

Fisher was a new cog on the offensive and defensive line, but made a huge impact with 24 tackles, seven tackles for a loss and a pair of sacks.