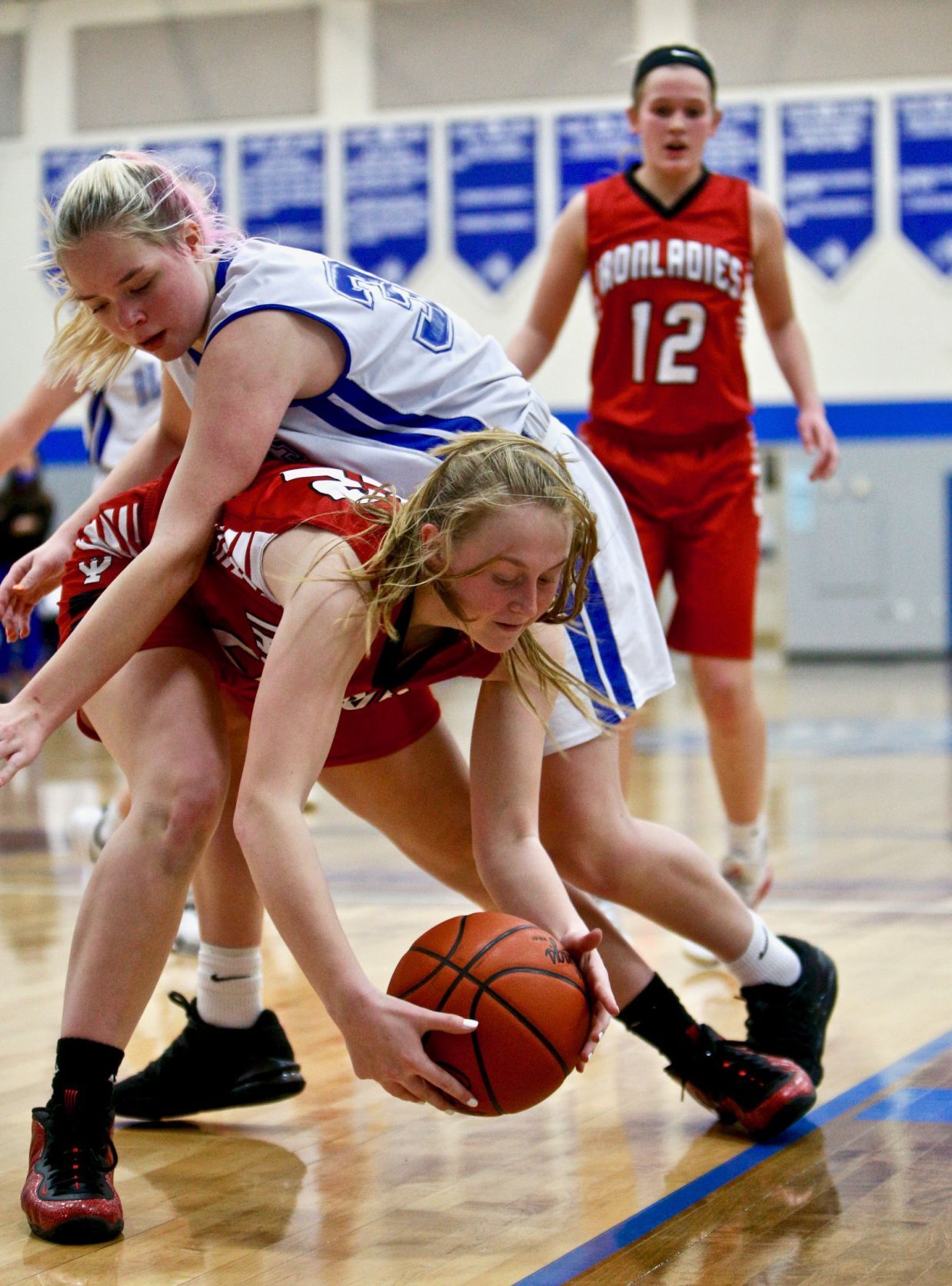 Jackson’s Kenzie Davis maintains possession of the ball while being guarded by a Washington defender in the Ironladies’ 28-24 victory over the Blue Lions on Wednesday in FAC action. 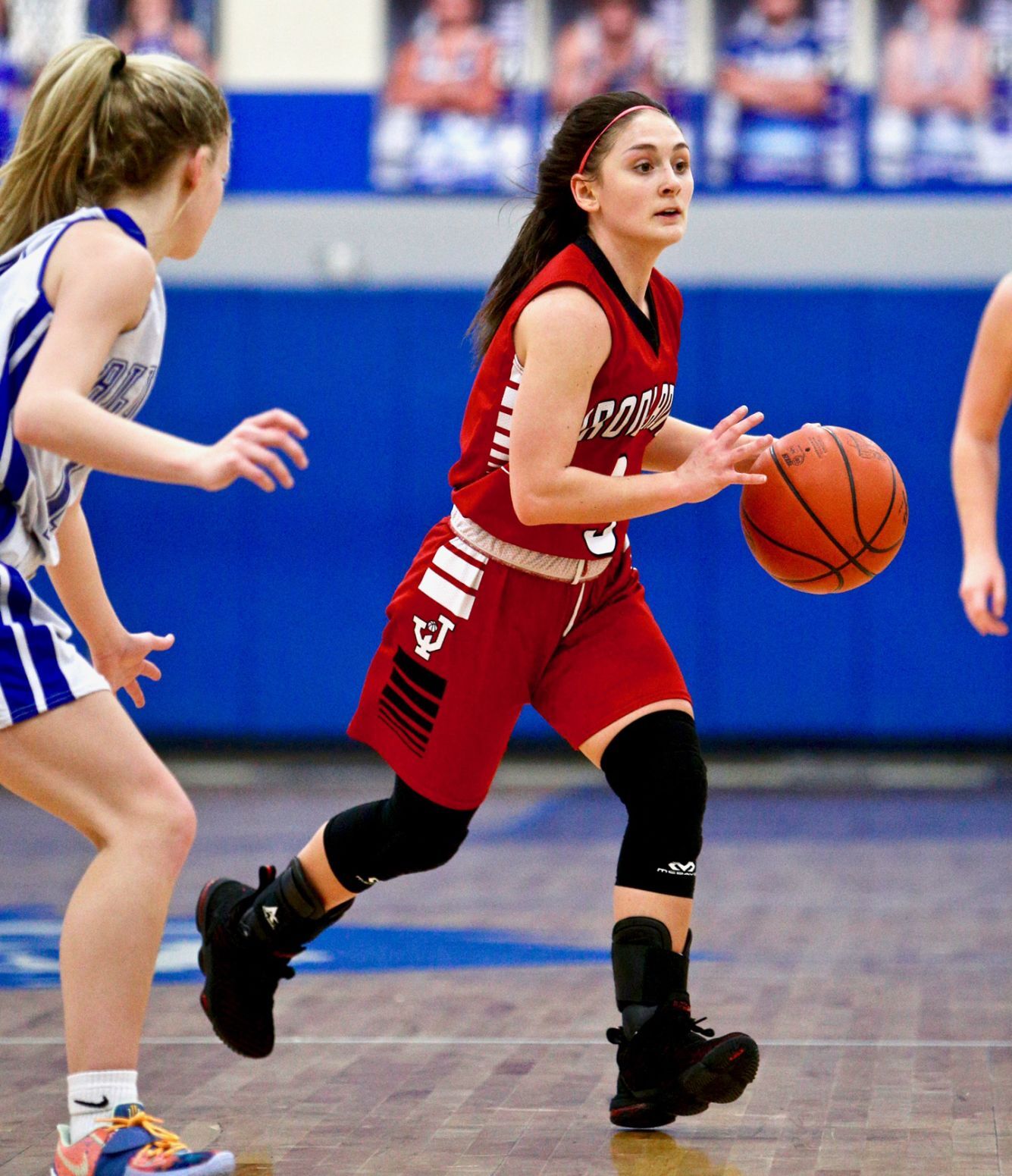 Jackson’s Katelyn Webb dribbles left and looks for a teammate in the Ironladies’ 28-24 victory over the Blue Lions on Wednesday in FAC action. 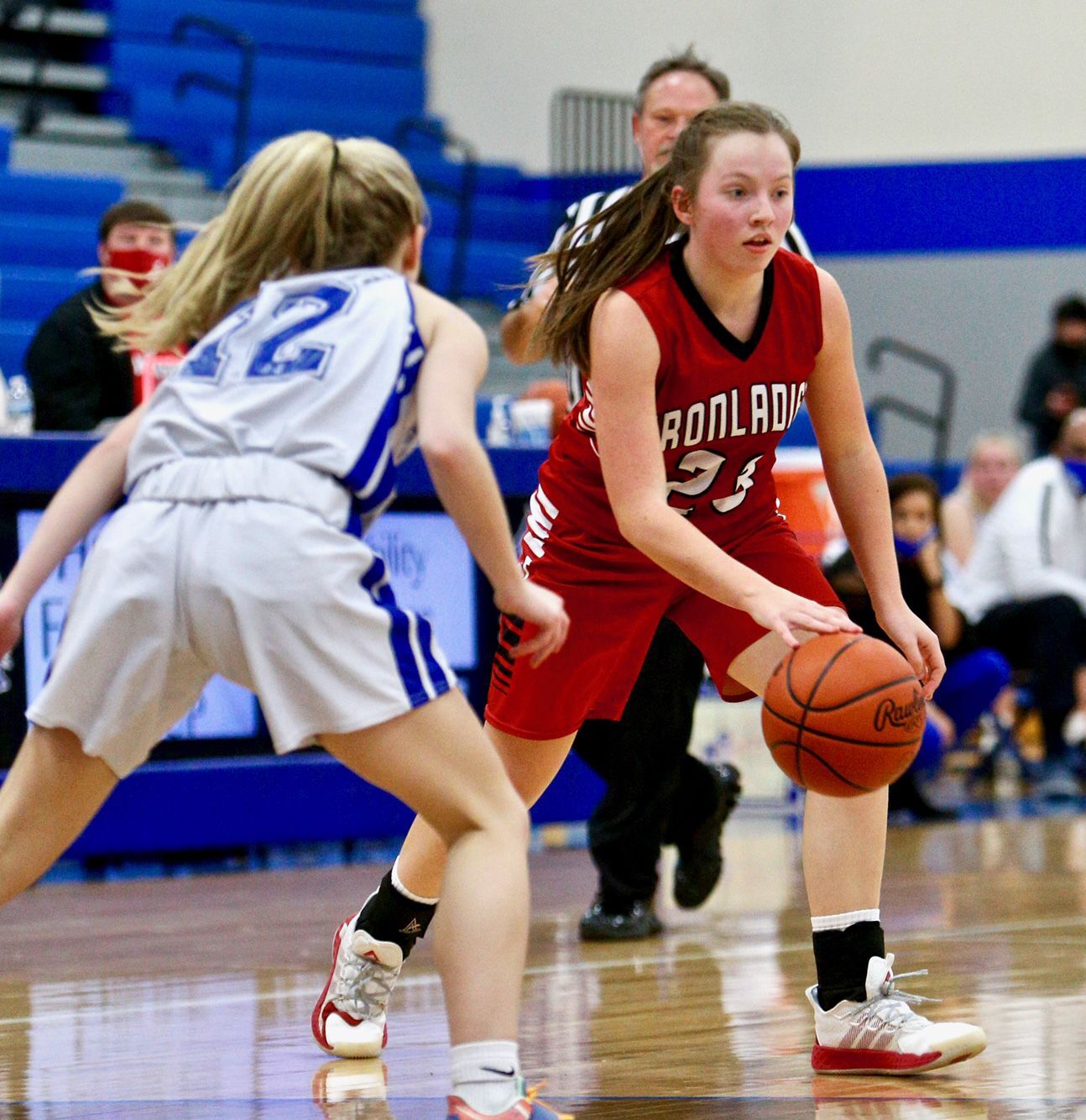 Jackson’s Sydney Hughes dribbles and surveys the floor in the Ironladies’ 28-24 victory over the Blue Lions on Wednesday in FAC action.

But he’ll also tell you how spectacular his team’s defense was.

The Ironladies held Washington to 11 second half points, while doing just enough on the offensive end to squeeze out a 28-24 win over the Blue Lions in conference play.

“We held them to two points in the third quarter and 11 in the second half. As a coach, you come in and give up 24 points, you have to be happy,” Walburn said. “We got a win in a tough place to play. It’s a long bus ride. No JV game, so we’re out of our routine and what we’re used to. And [Washington coach] Sam [Leach] does a great job with her girls. So we’ll take it. It’s a win.”

While any win is better than a tally in the right column, the Ironladies (9-10, 5-4 FAC) know they have things they need to sure up before tournament time comes rolling along.

Jackson shot just 9-of-39 from the field and 9-of-17 from the line while turning the ball over 13 times.

“I thought we backtracked a little bit. This is our 19th game. These guys aren’t freshmen anymore. They are but they’re not,” Walburn said. “The biggest downfall for us is the strength and physicality part. A lot of times, we’ll make a move and the defender will just rip the ball out of our hands. That’s being a freshman. We’ve won seven of our last 13 and we’ve played a really tough schedule. We’re headed in the right direction. But still a lot of work to do.”

Washington’s Aaralyne Estep started the night’s scoring with a 3 at the 7:19 mark in the first quarter. But Jackson answered with a bucket from Kenzie Davis and a three-point play from Sydney Hughes to force a 5-5 tie with 3:33 left.

Davis gave the Ironladies their first lead of the night at 7-5 with 1:43 to go before Davis hit the front end of two freebies to give Jackson an 8-7 lead heading to the second.

“We weren’t really excited about the effort in the first half. I didn’t think we played with much energy on either end of the floor,” Walburn said. “We shot the ball terrible, which has been one of our downfalls this year. We’re getting good shots, but they’re just not going in. But in the second half, we picked up our enthusiasm about the defensive end and our intensity. It showed.”

Davis and Mattie Walburn began the second half with buckets to put Jackson ahead 15-13 before Hughed capped a half-opening 6-0 run with a bucket at the 3:59 mark. Katelyn Webb then scored her first basket, making it a 20-15 score heading into the final eight minutes.

Semler scored with 31.8 seconds left, off an assist from Mallory Hicks, to trim the lead to 25-24. But that was the last time the Blue Lions found nylon.

Davis hit two free throws with 7.9 seconds left, putting the game on ice and continuing to carry the offense, before Walburn scored her final point with 0.1 seconds left on the game clock.

“Kenzie came in and had a couple of good practices this past week,” Walburn said of Davis. “She battled in there and finished around the rim really well. I looked at her at the end, when she was on the line, and said, ‘Hey, step up there like you’re in the gym by yourself. Believe and have confidence.’ She did that and those two shots were big.”

The Ironladies are back in action on Feb. 4, hosting Nelsonville-York before ending its season with home dates against Chillicothe and Alexander.

“We’ve got a little break finally. Tonight was our ninth game in 19 days,” Walburn said. “We’ve beaten Chillicothe once and it was a really good game, I don’t know much about Nelsonville and Alexander will be a tough test for us. But when you have the chance to win 12 games this year, after winning five games in the last two years, things are looking up. We’ll get better.”