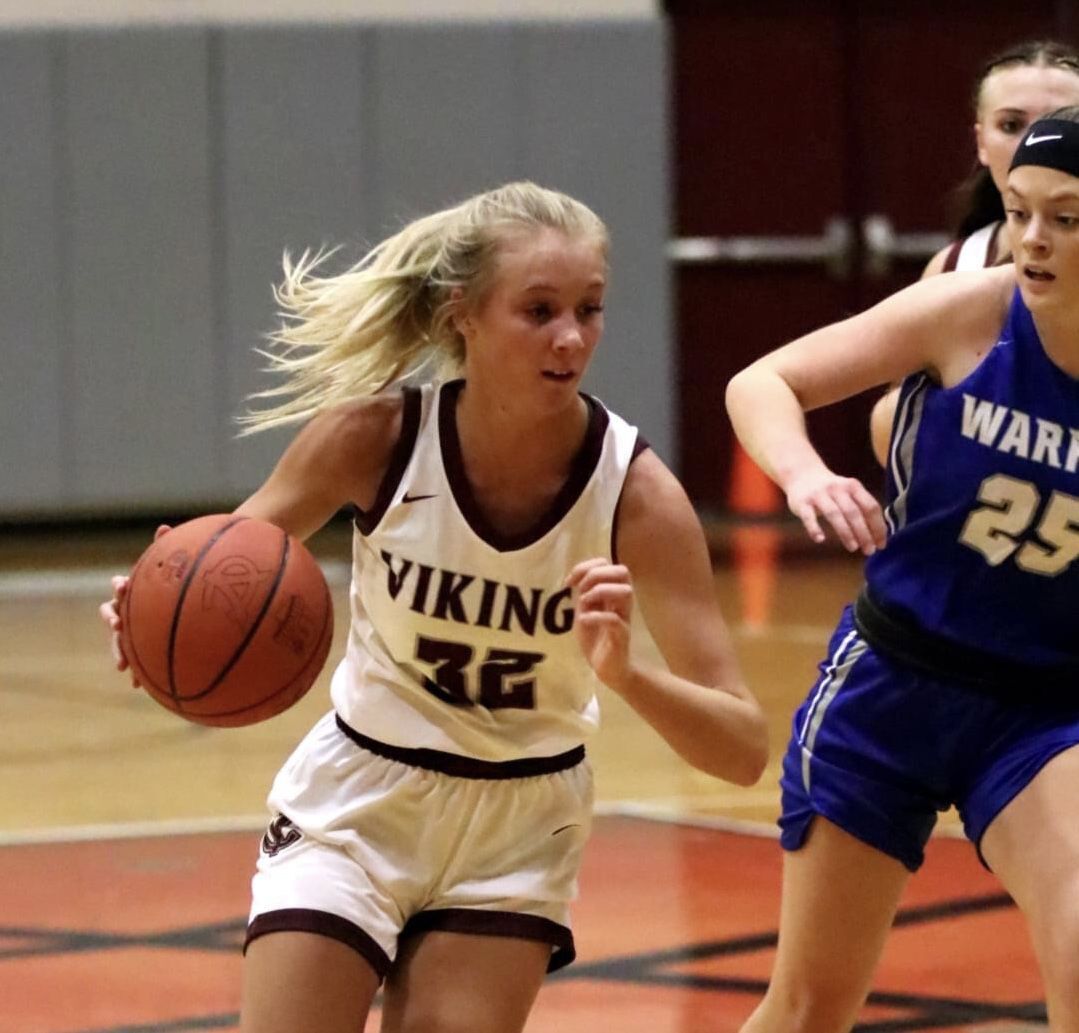 Vinton County's Cameron Zinn drives past Warren's Alexis Frazee for a bucket underneath in the Vikings' 70-48 loss to the Warriors on Wednesday. 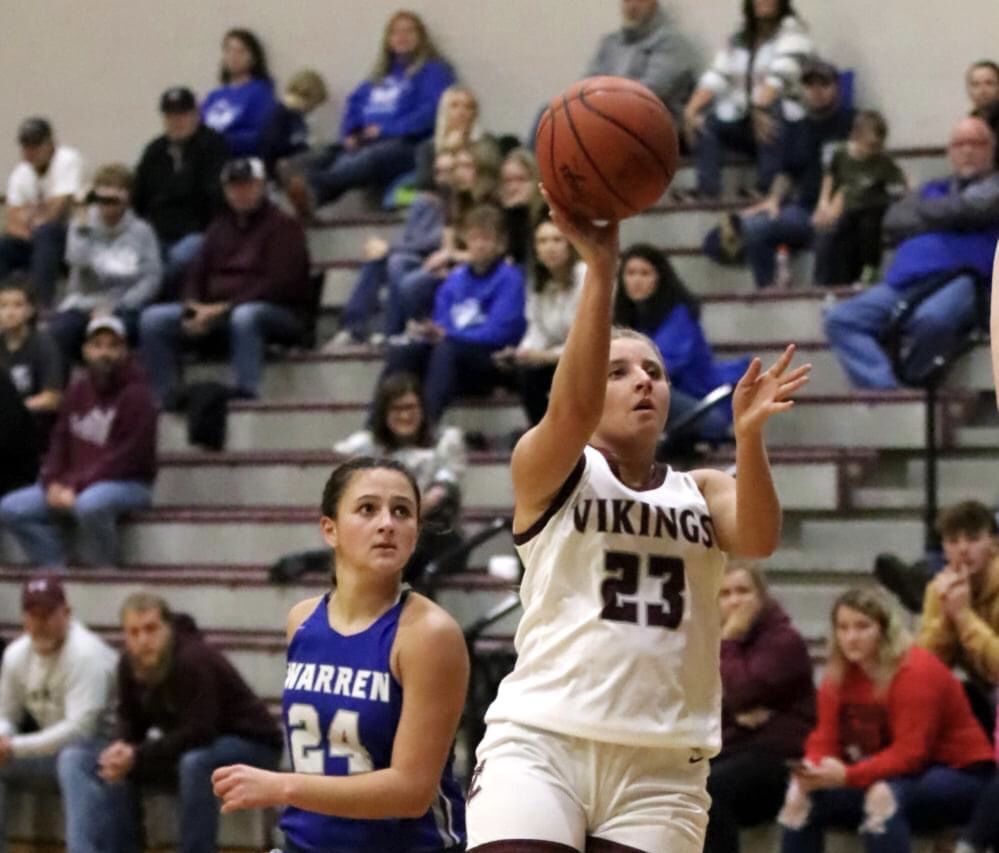 Vinton County's Lacie Williams drives the ball and shoots the floater during the Vikings' 70-48 loss to Warren on Wednesday.

Vinton County's Cameron Zinn drives past Warren's Alexis Frazee for a bucket underneath in the Vikings' 70-48 loss to the Warriors on Wednesday.

Vinton County's Lacie Williams drives the ball and shoots the floater during the Vikings' 70-48 loss to Warren on Wednesday.

However, this year is a much different story. It got a small taste of how it stacks up to another top team in Division II on Wednesday.

Warren buried nine 3’s and used its size advantage inside with Abbie Smith as it got a bit of revenge on the Vikings, handing them a 70-48 defeat in non-conference action.

“We knew Warren has some shooters, but we also understood that Abbie Smith is a great player and we were going to have our hands full with her,” Vinton County coach Brett Jones said. “Offensively, I thought we played fine and we got good shots. But we also gave up some shots we shouldn’t have and they knocked them down.”

It marked just the Vikings’ second regular season loss in the past two seasons.

Vinton County managed to win the turnover battle 13-9, but in the big picture, turnovers played little factor into deciding the outcome of the game.

The Vikings held one lead all night at 4-3, then Warren went on an 8-0 run behind Smith and Sophie Cochran for an 11-4 lead before closing out the first ahead 13-8.

“We have to rebound the ball more and much better moving forward,” Jones said. “Warren got a lot of offensive boards and Jackson did as ell last week, so we’ve got to improve there if we want to give ourselves a chance moving forward against those top teams. We got tight once Warren took a lead on us since that’s a position we haven’t found ourselves in very much, so it’s a learning lesson.”

Shooting just 2-14 from the floor in the first, the Vikings felt good about their position and hopes that a couple more shots would generate some momentum.

The only problem was Warren was beginning to heat up from distance.

Cochran and Alexis Frazee combined to knock down five 3’s in the frame. It was also dominating on the boards and getting second chance opportunities. All of that added up to 40-21 halftime lead for the Warriors.

“Much of our focus was on Abbie, which leaves shooters open,” Jones said. “Sometimes you have to be willing to live with the consequences of it and all credit to Warren, they were hot and felt like they couldn’t miss anytime the ball went up.”

That lead shrank down to 13 points midway through the third, but that was the closest it got for the rest of the night.

“Tegan (Bartoe) and Rylee (Ousley) knocked down some shots and kept us afloat as long as they could, but we simply got beat,” Jones said. “Our effort was there, but we didn’t hit shots. Now we’ll go back to the drawing board and figure out how to improve moving forward.”

Bartoe finished with 19 points for Vinton County, followed by 12 points from Rylee Ousley.