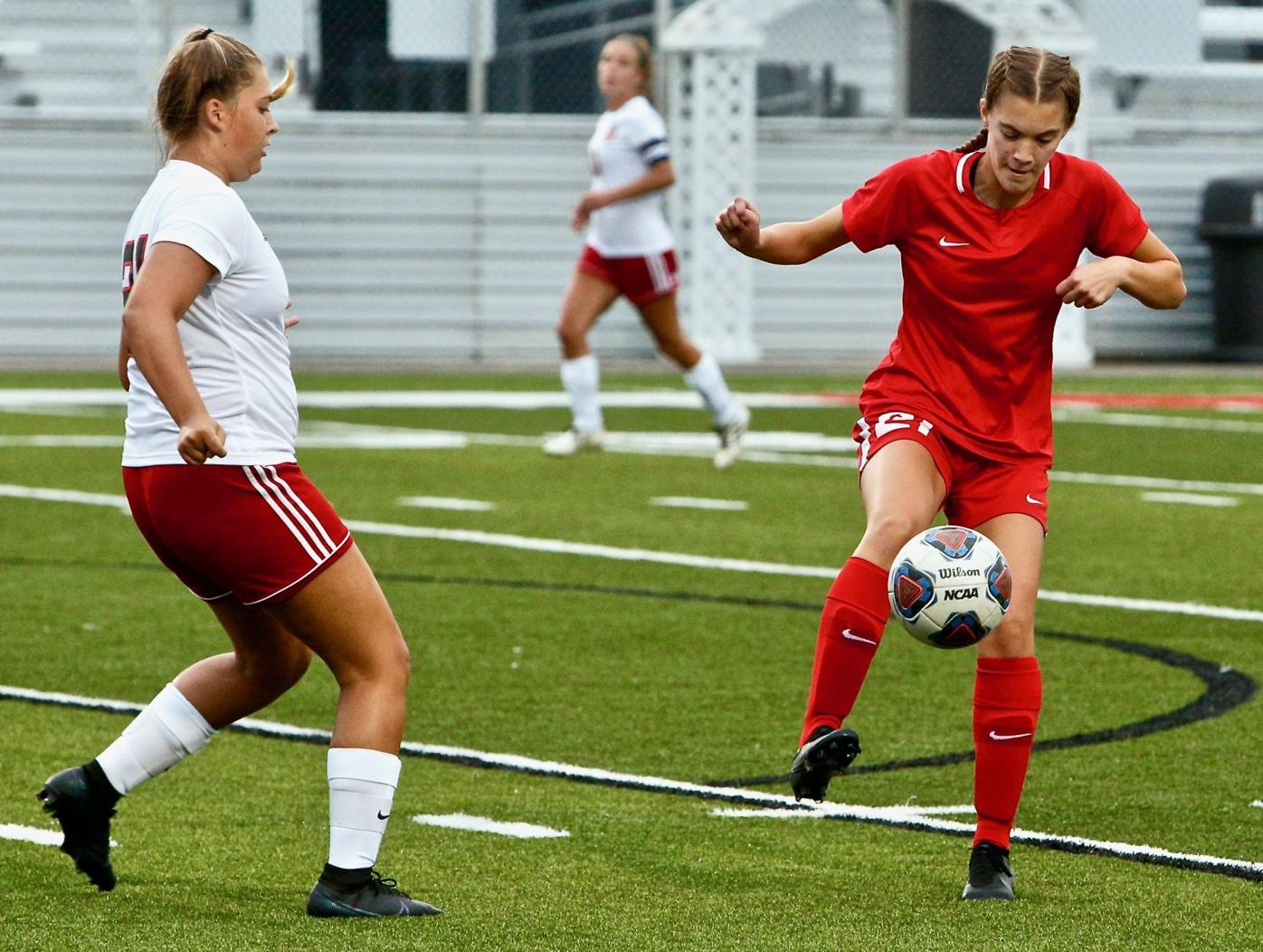 Jackson’s Kirsten Evans (right) finished with three goals in the Ironladies’ 5-0 victory over Athens on Tuesday, pushing the team to 4-1 on the season. 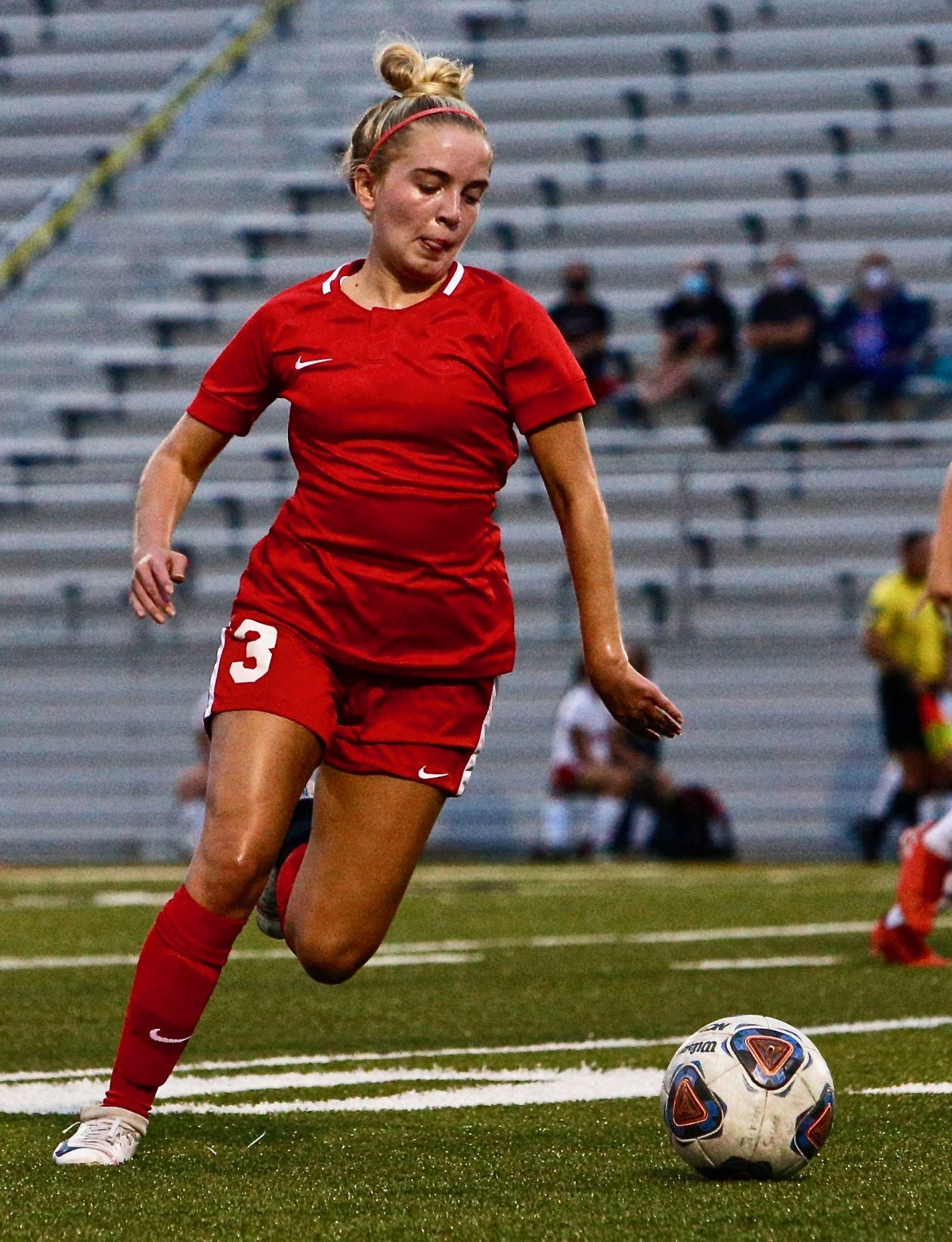 Jackson’s Macy Tripp controls the ball and dribbles up the field. Tripp finished with an assist in the Ironladies’ 5-0 victory over Athens on Tuesday.

Jackson’s Kirsten Evans (right) finished with three goals in the Ironladies’ 5-0 victory over Athens on Tuesday, pushing the team to 4-1 on the season.

Jackson’s Macy Tripp controls the ball and dribbles up the field. Tripp finished with an assist in the Ironladies’ 5-0 victory over Athens on Tuesday.

And much more physical.

Bringing the fight to Athens this time around, the Ironladies struck early and often as they racked up a 5-0 victory over the Bulldogs on Tuesday.

The victory pushes the Ironladies’ record to 4-1, their best start since 2017 when they started 6-1.

“We had two great road wins last week, and we’re at the point now where our offensive is starting to click and get going,” Groff said. “Our defense was our strength when the season began and we’ve now scored 20 goals in the last three games so we’re finding the back of the net. The defense continues to play great, and now our offense is getting to that level.”

While Taylor Thorpe gets a lot of the attention, that has opened the door for Kirsten Evans to make her impact.

And she wasted no motions in scoring the game’s opening goal off a ricochet to give Jackson a 1-0 lead less than six minutes into the game.

Just before halftime, she found the goal again after Macy Tripp fed her a perfect cross that she finished into the back of the net for a 2-0 lead.

Evans received a pass from Emma Bapst and with nothing but open field in front of her, she turned on the burners and outraced Athens’ backline. She then crossed right in the box and connected on her third goal of the night, her ninth goal of the season.

“We knew we had to push harder this time around against Athens,” Evans said. “We couldn’t allow them to be more physical and push us around, which was a key thing for us. I’ve been working on some footwork drills and they’ve been paying off pretty well.”

“It’s great having Kirsten and other really step up this year,” Thorpe added. “As a team, we’re more balanced and we’ve had other players come into some big spots and score, which has been a huge part of us starting the season like we have.”

Thorpe herself got in on the fun later in the half. Makayla Powers found her streaking to the box and she struck with her left foot, hitting the ball off an Athens defender and into the back of the net.

Then Makayla Wyant found the back of the net to cap the final score with less than 13 minutes in the game.

“We’ve talked a lot more on the field and put more pressure on ourselves since we didn’t have a great start,” Thorpe said. “Our mentality has completely changed since there were no scrimmages. We had to be all in.”

In total the Ironladies allowed just three shots on goal to the Bulldogs, compared to launching 14 shots.

“You can see the girls playing with more confidence on both sides of the ball, which is a great sign this early in the season,” Groff said. “They’re hungry, playing aggressive and finishing their opportunities. Finishing was a concern of mine at the beginning of the season, but they’ve answered the call.”