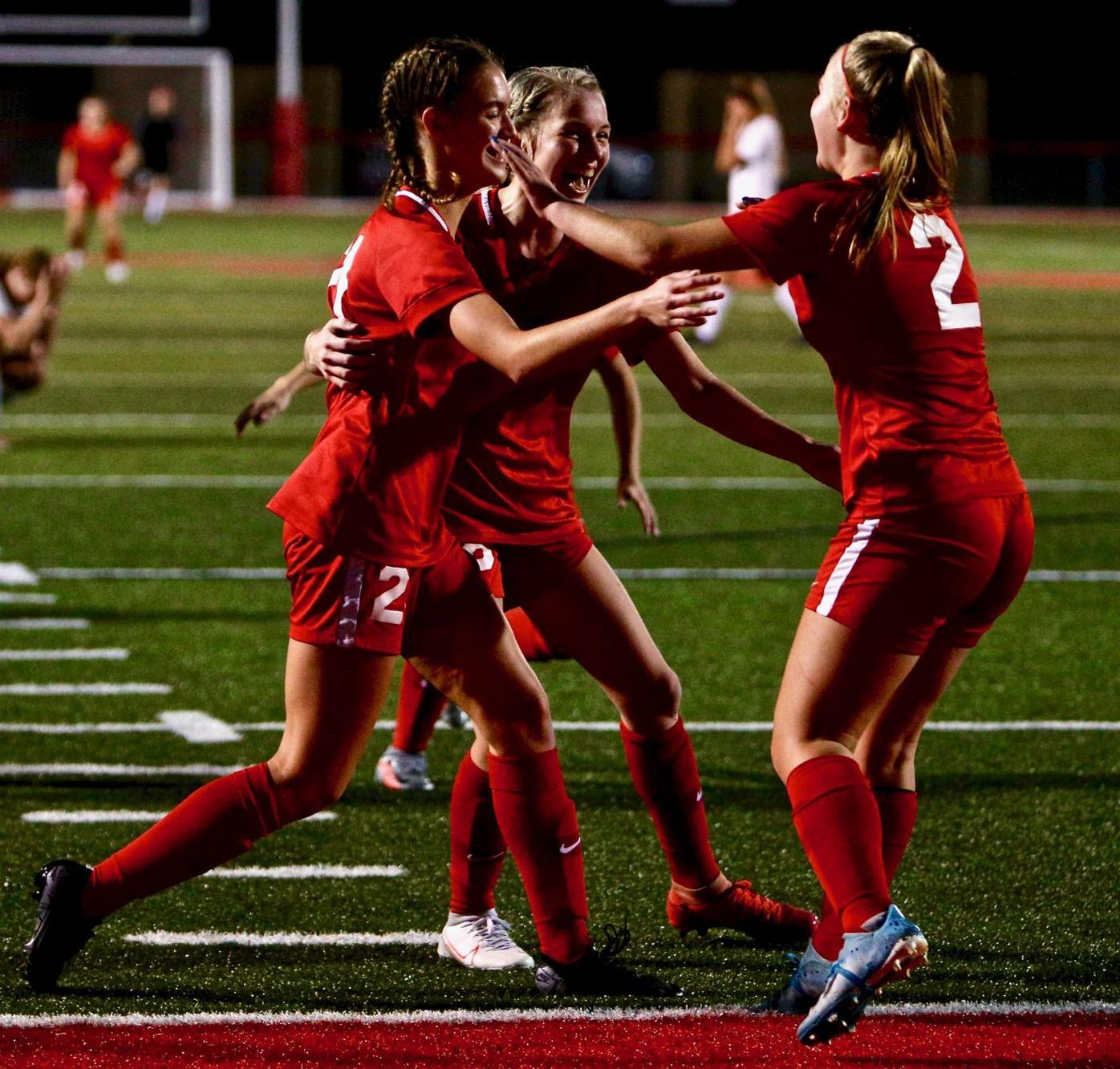 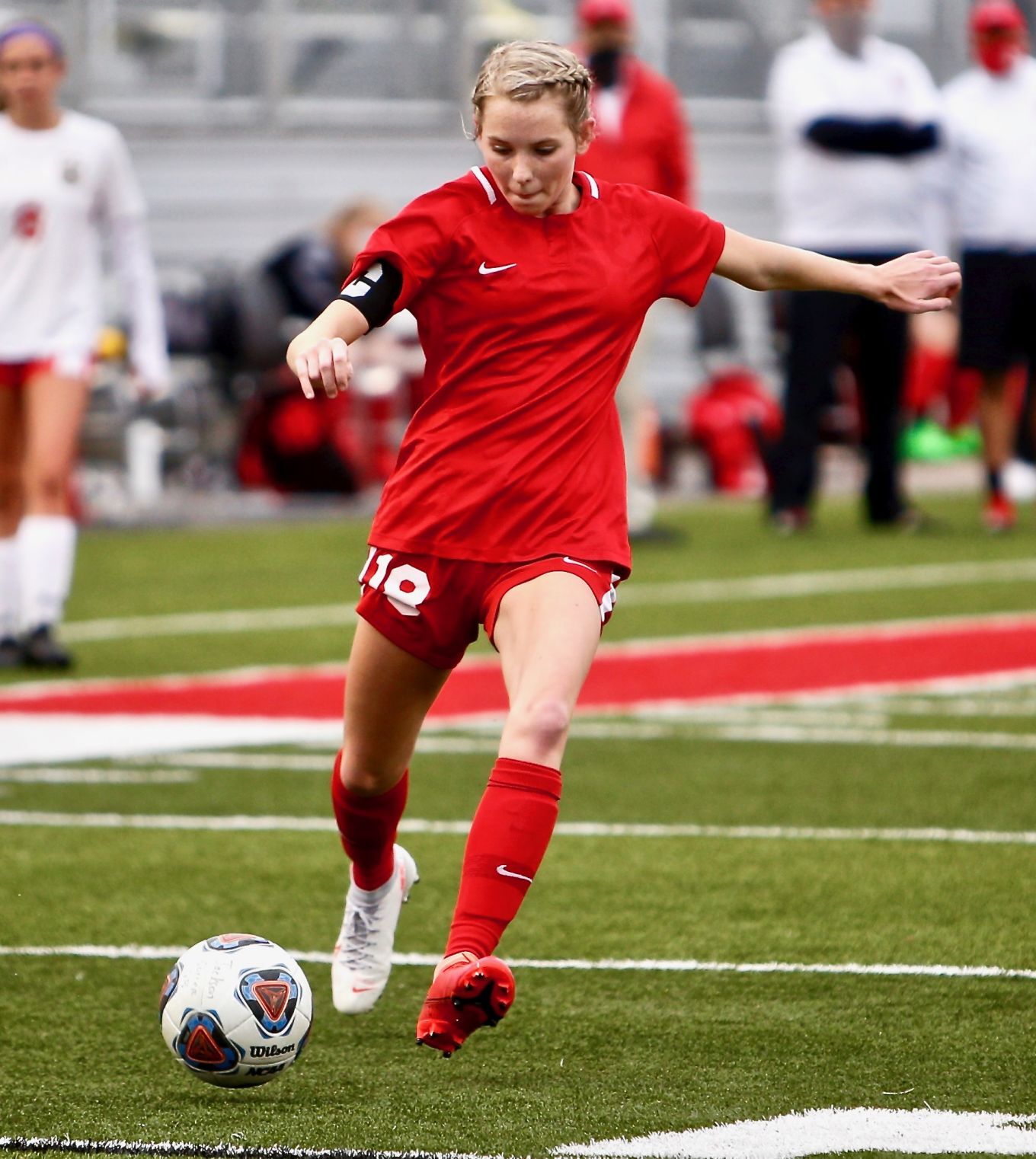 Jackson’s Taylor Thorpe scored the first goal for the Ironladies on a penalty kick on their 2-1 overtime victory over Logan Elm in a Division II sectional semifinal on Tuesday. 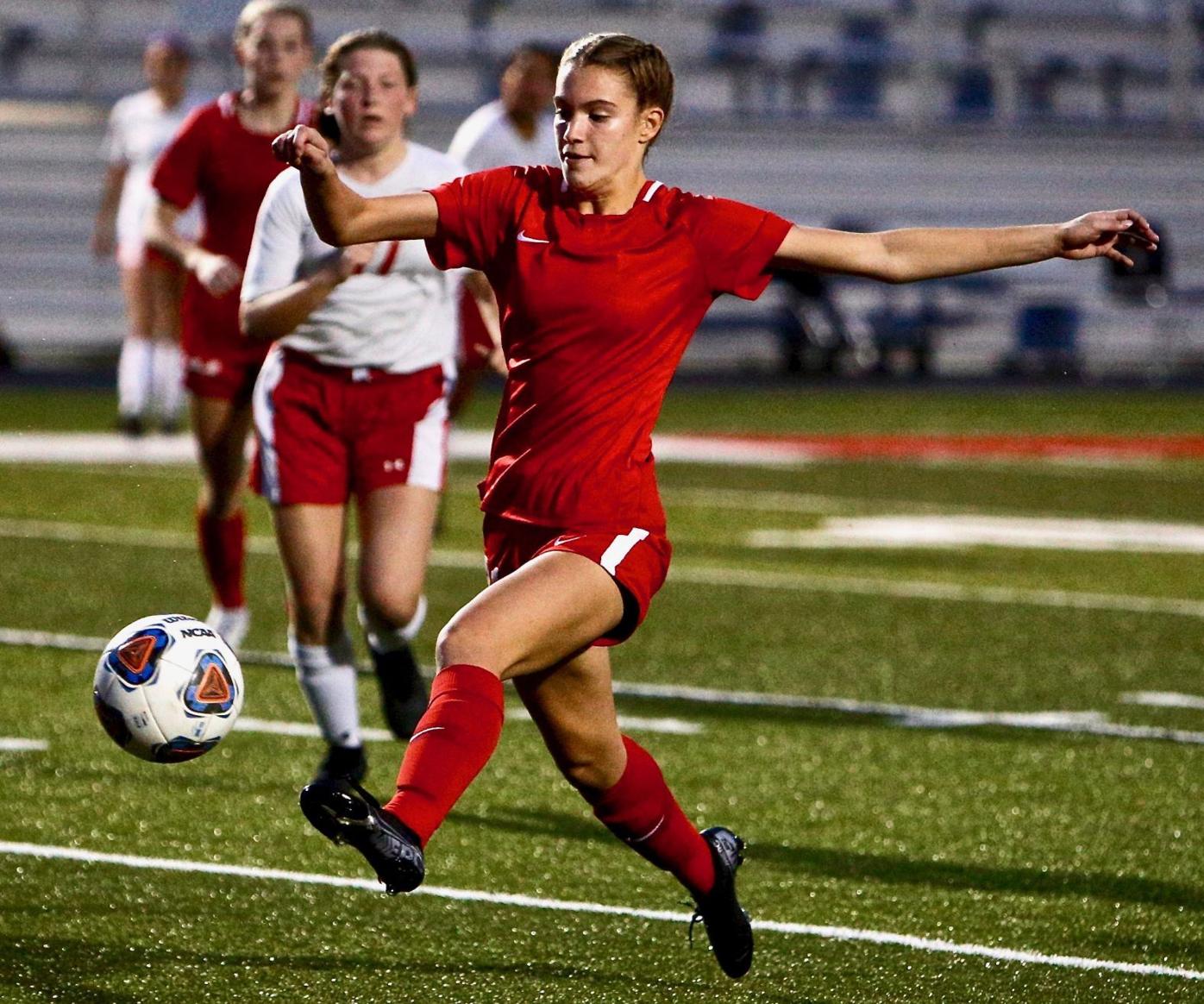 Jackson’s Kirsten Evans scored the game-winning goal in overtime as the Ironladies defeated Logan Elm 2-1 in a Division II sectional semifinal on Tuesday.

Jackson’s Taylor Thorpe scored the first goal for the Ironladies on a penalty kick on their 2-1 overtime victory over Logan Elm in a Division II sectional semifinal on Tuesday.

Jackson’s Kirsten Evans scored the game-winning goal in overtime as the Ironladies defeated Logan Elm 2-1 in a Division II sectional semifinal on Tuesday.

JACKSON — The rain stopped falling minutes before gametime, but it still made the biggest impact at the biggest moment.

Deadlocked 1-1 in overtime, Logan Elm’s goalie went after the ball in the box and slipped on the turf, and Kirsten Evans sent the shot into the back of the net to give Jackson (12-5) the 2-1 victory over Logan Elm in a Division II sectional semifinal on Tuesday.

“We had a lot of shots during the game that we didn’t finish, but I knew we were going to finish one of those shots at some point,” Jackson’s Taylor Thorpe said of the final sequence. “Something just went through my head and said ‘we’re going to win’, and Kirsten won it for us.”

Jackson controlled every aspect of the game as the game was mainly played on Logan Elm’s side of the field.

The Ironladies outshot the Braves by a 25-4 margin, but only managed seven shots on goal throughout the night.

Logan Elm managed little offense but put up a feisty performance that had Jackson off balance for much of the evening.

“(Logan Elm) won a lot of balls in the midfield and it frustrated us a little bit,” Jackson’s Emma Bapst said. “Eventually towards the end we started putting passes together and starting playing more thoroughly.”

Through 30 minutes, Jackson had taken all the shots but couldn’t connect on any opportunities despite some solid looks.

It made one mistake late in the first half as it was called for a handball in the box and Logan Elm’s Riley Schultz connected with the back of the net on the penalty kick to put the Braves ahead 1-0 at halftime.

Time began to wind down in the second half, Jackson was getting desperate and its hopes of getting to a sectional final continued to look more and more bleak.

“We had three really good shot on goal attempts and just barely missed them, so we knew a goal was coming soon,” Bapst said.

Although Bapst didn’t score or assist on a goal all evening, her calm demeanor and ability to keep Jackson grounded in the biggest moments shined on the field.

“I came in with the mindset that we were playing the best team in Southern Ohio,” Bapst said. “I knew that I needed to be a solid player in the midfield, win those loose balls and control the field to give ourselves a chance.”

As the clock continued to melt, Jackson began string passes together and turning up the intensity, but it was to no avail as it couldn’t get past Logan Elm’s keeper.

Then the Braves got a little too aggressive defensively and were called for a box just inside of the box. That set up Taylor Thorpe for the penalty kick and she connected on the goal to tie the game with less than ten minutes left.

“I knew I had to score at that moment, for myself and the team,” Thorpe said. “Logan Elm scored on a PK whether it should have happened or not, so we were definitely looking for a goal at that point.”

With the game going to overtime, Jackson had the confidence knowing it had been piercing through the Braves’ defense all night. It just needed to finish.

The Braves held firm despite Jackson still having a number of chances to strike for a goal. But that’s when the elements came into play.

No player had slid or fallen due to the wet turf, but soccer Gods smiled upon Jackson with 49 seconds left as Evans took advantage of Logan Elm’s keeper slipping for the biggest goal of Jackson’s season.

The challenges will only get tougher from here as the Ironladies advance to a Division II sectional final on Saturday against Marietta, who defeated Sheridan 8-0 on Tuesday.

“Marietta is a tough team and it’ll be a rough game for us,” Bapst said. “But as long as we play together and stay calm, I believe we can pull out a win.”