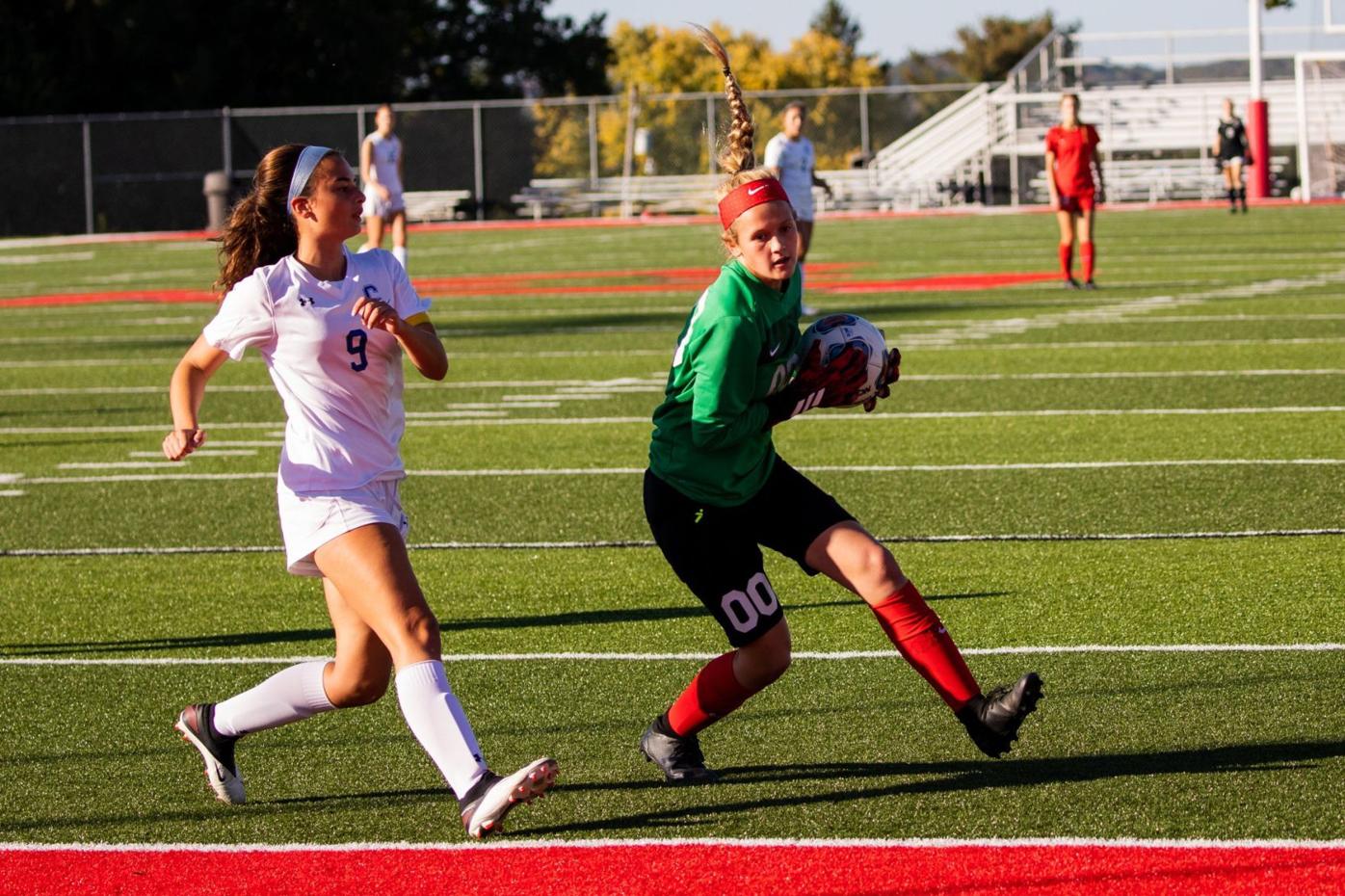 Jackson’s Mattie Walburn picks up a loose ball against Chillicothe last season. After picking up 67 saves as a freshman, she returns as the team’s goalkeeper for her sophomore season. 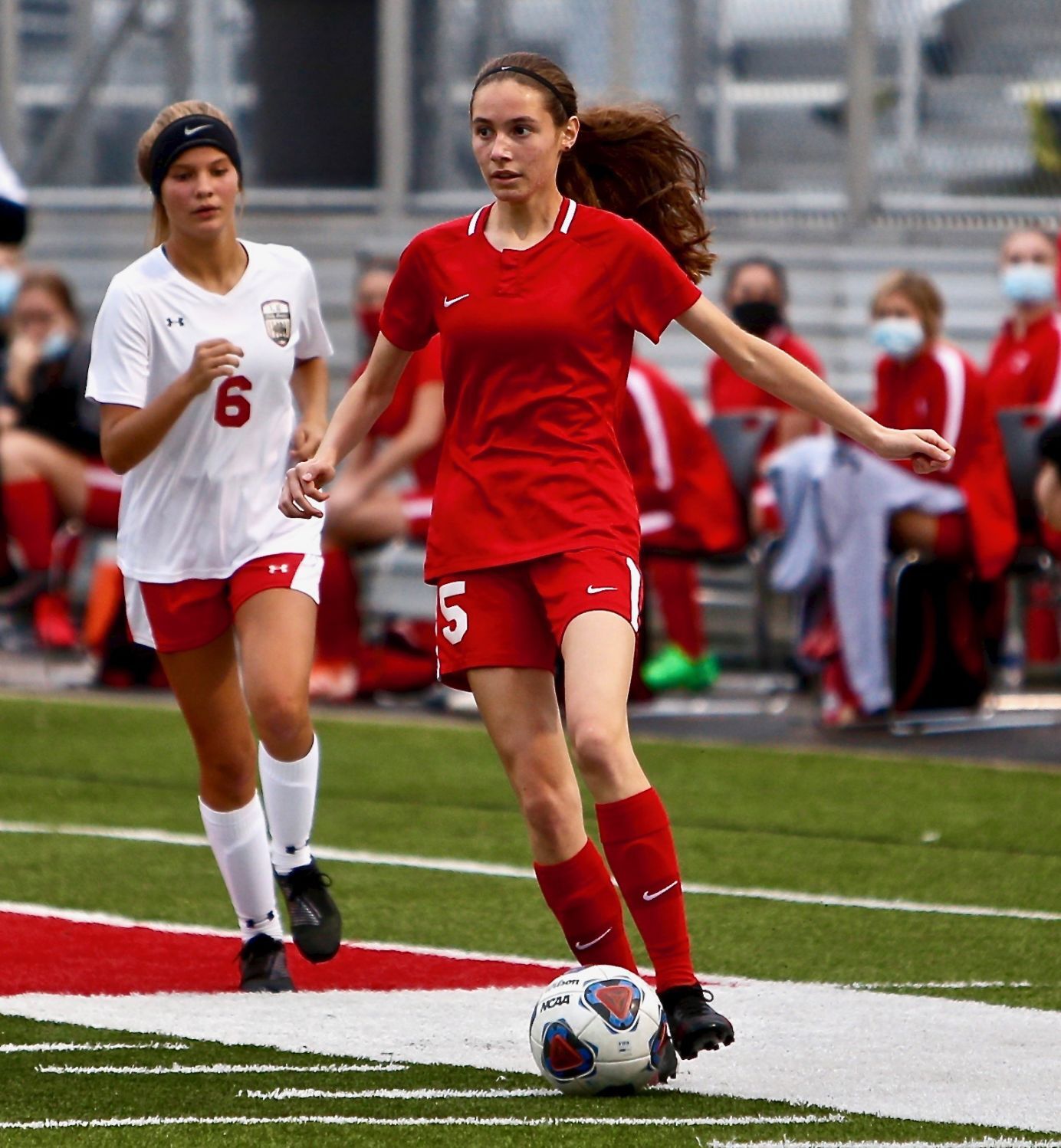 After being named first-team All-District last season, Jackson’s Sarah Lefever is back for her senior year as she aims to lead the Ironladies to a conference title and much more.

Jackson’s Mattie Walburn picks up a loose ball against Chillicothe last season. After picking up 67 saves as a freshman, she returns as the team’s goalkeeper for her sophomore season.

After being named first-team All-District last season, Jackson’s Sarah Lefever is back for her senior year as she aims to lead the Ironladies to a conference title and much more.

JACKSON — Jackson finds itself in a bit of a weird spot as it prepares for the upcoming season.

It returns nearly all of its defenders and midfielders, so that’s the part of the game it will truly hang its hat on.

But, on the opposite end of that, it lost nearly 50 goals in part to the graduation of players such as Taylor Thorpe, Macy Tripp and Emma Bapst, who helped guide the Ironladies to a 12-6 record and a sectional final appearance last season.

“We definitely have some big spots to fill, but at the end of the day, it’s a next person up mentality,” Jackson coach Jon Groff said. “I think the one thing we’ve done pretty well is load up our scrimmage schedule against some really good teams to see where we’re at and give us some experience.”

After giving up 30 goals all season, Jackson’s defense, with a year of experience under its belt, aims to lower that number, led by senior defender Sarah Lefever, who was named first-team All-District last season.

She’s joined by returning starters Marley Stroth, Hannah Merrill and Mattie Walburn, who is back at her goalkeeper position after racking up 67 saves last season.

“Sarah had somewhat of a breakout season and did a lot of really good things for us wherever we put her,” Groff said. “Coaches see the talent now after being all district last year. We can put her anywhere, and we know she’ll produce, so it allows us to mix things up when we need to.

“Marley is our team captain, she basically never left the field last year. She does a great job of communicating and keeping things straight on that back row. Hannah brings a lot of experience to the table and always makes the right play. It’s great to have Mattie back, she did a great job last season as a freshman, so we’re excited to see how much better she gets this year.”

Naturally with players graduating, it leaves some holes on the field to be filled and positions are still being established.

But, it helps to have players such as Abby Seimetz, Jade Winters, Makayla Wyant, Makayla Powers and Sydney Fain back into the fold to help with the offensive attack.

“We are lucky have a really solid group of juniors who have played for a couple years and understand what its like at the varsity level,” Groff said. “They’ve been out-shined the last couple of years by some great seniors who were ahead of them, but now is their chance to show how good they really are.

“One in particular is Jade as we’re moving her from defense to up top now to help make up for losing a lot of goals from last season. She’s very fast and physical, has a great attitude and is learning very quickly. I like what I’ve seen so far, and I believe she can have a breakout season.”

There will be some growing pains along the way as the team finds its rhythm on the field, but Groff also raves about how this team has the best chemistry he’s seen.

Jackson hasn’t seen district tournament action since 2017, something it aims to get back to this season, but only after winning a conference title that has eluded them since 2016.

“We’ve been eliminated in the first or second tournament game, and it’s time that ends,” Groff said. “Yes, we’re young, but it doesn’t mean we can’t accomplish something. Once we get on the field, score some goals, pick up some wins and gain that confidence, you’ll see what we’re made of.”

Jackson opens its season on Aug. 21 at Circleville.