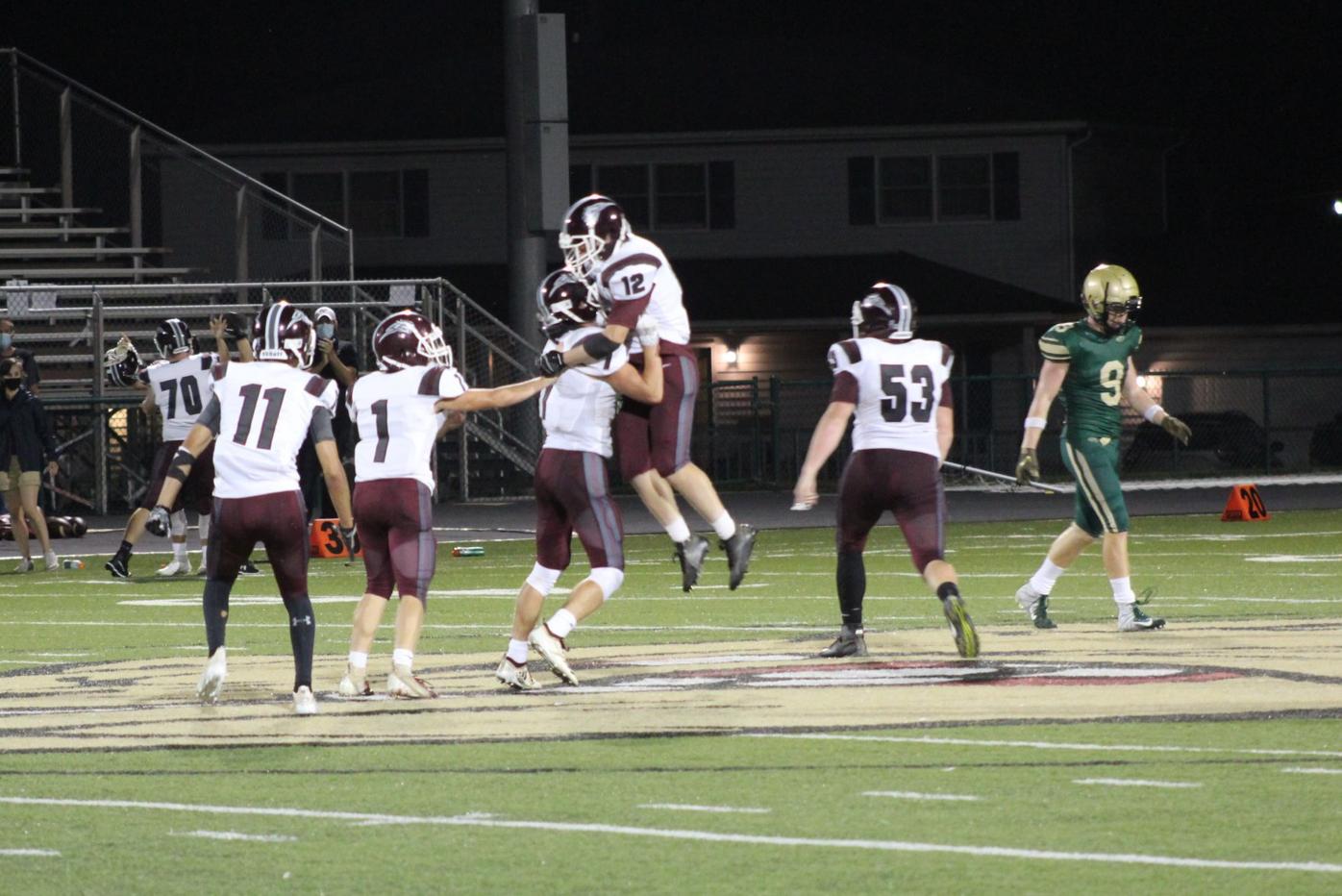 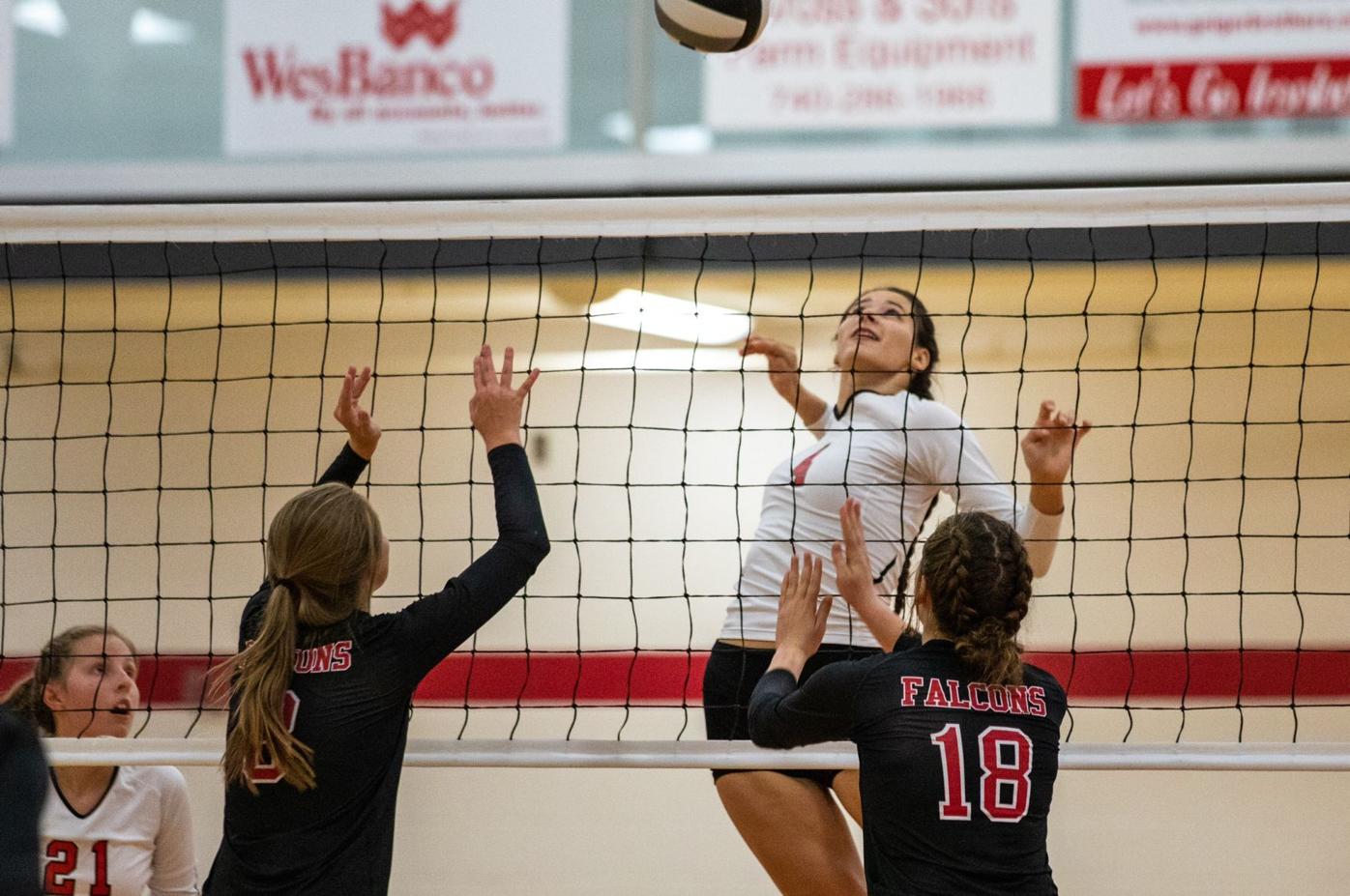 Vinton County’s Zoey Kiefer jumps and attempts to block a kill from South Webster’s Bella Claxon in the Vikings’ five-set loss to the Jeeps.

Vinton County’s Zoey Kiefer jumps and attempts to block a kill from South Webster’s Bella Claxon in the Vikings’ five-set loss to the Jeeps.

The fact we made it through the fall sports season mostly unscathed is a victory in itself.

A couple teams had hiccups here and there, but predominantly, every team was able to play at least 75 percent of its scheduled games through the COVID-19 pandemic.

This is the only time I will do this, but I have to thank Governor Mike DeWine for giving the green light for fall sports to happen.

Even though we were on pins and needles throughout the month of August awaiting an answer for fall sports, once he gave the ‘OK’ just a couple weeks before the season was supposed to start, we were off to the races.

And what a season it was. Definitely one I’ll never forget, mostly due to the mask regulations and smaller atmospheres, but the games themselves were still top-notch and the athletes left it all on the field/court every single night.

Here are the top five games from the most unforgettable fall season in recent memory.

The Oaks held Minford to just 84 yards in the first half, while the Oaks’ offense found the endzone twice thanks to a 23-yard touchdown pass from Darrick Boggs to Braylon Howell and a nine-yard touchdown run from Cameron Kerns.

The Falcons countered back in the second half with two straight scores on a two-yard run from Elijah Vogelsong, followed by a 22-yard pass from Vogelsong to Matthew Risner.

Kerns found the endzone again on the next drive, and Minford countered with a 50-yard pass from Vogelsong to Drew Skaggs.

However, Oak Hill chewed up over seven minutes of clock before Conor Dickens found paydirt from 11 yards for the 27-21 win with 46 seconds left.

The Vikings had just blown a fourth quarter lead to Meigs in their season opener, and now had to play at Athens, who they hadn’t beaten Athens since 1995.

But there was a different feeling in the air that night at Joe Burrow Stadium.

The Vikings were in full control every step of the way, running 71 offensive plays compared to 42 for Athens. While Vinton County had trouble with Athens’ passing attack, the Bulldogs couldn’t stop the Vikings from rushing for 340 yards.

Broc Moore scored the final two touchdowns for the Vikings, totaling 20 carries for 110 yards on the evening.

In addition to snapping the losing streak to Athens, the Vikings later went on to earn their first home playoff win over Belmont Union Local.

There’s very few matchups in Southeast Ohio that are as highly touted with as much star power as Vinton County and South Webster.

It lived up to its billing as this game when to a highly competitive five sets.

The Jeeps took the first set behind the play at the net from Faith Maloney, Bella and Bri Claxon. Despite some serving errors in the second set, the Vikings took a 17-16 lead after a kill from Zoey Kiefer. A kill from Lacy Ward and an ace from Sydney Smith helped the Viking claim the second set.

Vinton County led 20-16 in the third set, but the Jeeps went on a 4-0 run behind Bri and Graci Claxon. Later tied at 23, the Vikings committed a hitting error and a Bella Claxon kill give South Webster the win. Vinton County never trailed in the fourth set as kills from Smith and Ward pushed the game to a fifth set.

The Vikings jumped ahead 4-2, but the Jeeps answered back with a 5-1 run capped by an ace from Gwen Messer. With the game at 9-8 in favor of the Jeeps, they went on a 6-0 run to end the game and take the 3-2 victory.

I’ve seen a lot of wild volleyball games, but this one definitely cracks my top 10 list.

Fairfield Union took the first two sets and seemed on its way to a sweep. Remember, the Falcons were in a Division II district final last season.

However, the Falcons struggled in the third set to put their foot down and end it. With the set tied 20-20, the Ironladies went on 5-0 run with Sydney Hughes at the serving line to extend the game.

With momentum beginning to shift, the energy picked up for Jackson. It led 12-8 before the Falcons cut it down to 18-17. But kills from Halle Hughes and Jorja Bapst along with a block from Kaycee Perkins helped set the game to a fifth set.

Perkins powered down three kills and a block before a kill from Kloe Zink ended the game, completely the comeback for the Ironladies.

Jackson’s senior class had two final goals to check off its list, which was beating Chillicothe and winning at least a share of the FAC championship.

It had been trying for three and a half seasons to beat the Cavaliers, and pushed them to the limit a couple times only to fall 1-0 in the final minutes.

The two teams were scoreless in the second half until Collin Ghearing took the corner kick and found Trent Wolford, who finished with a header and the lone goal of the game which gave Jackson the win and a share of the conference.