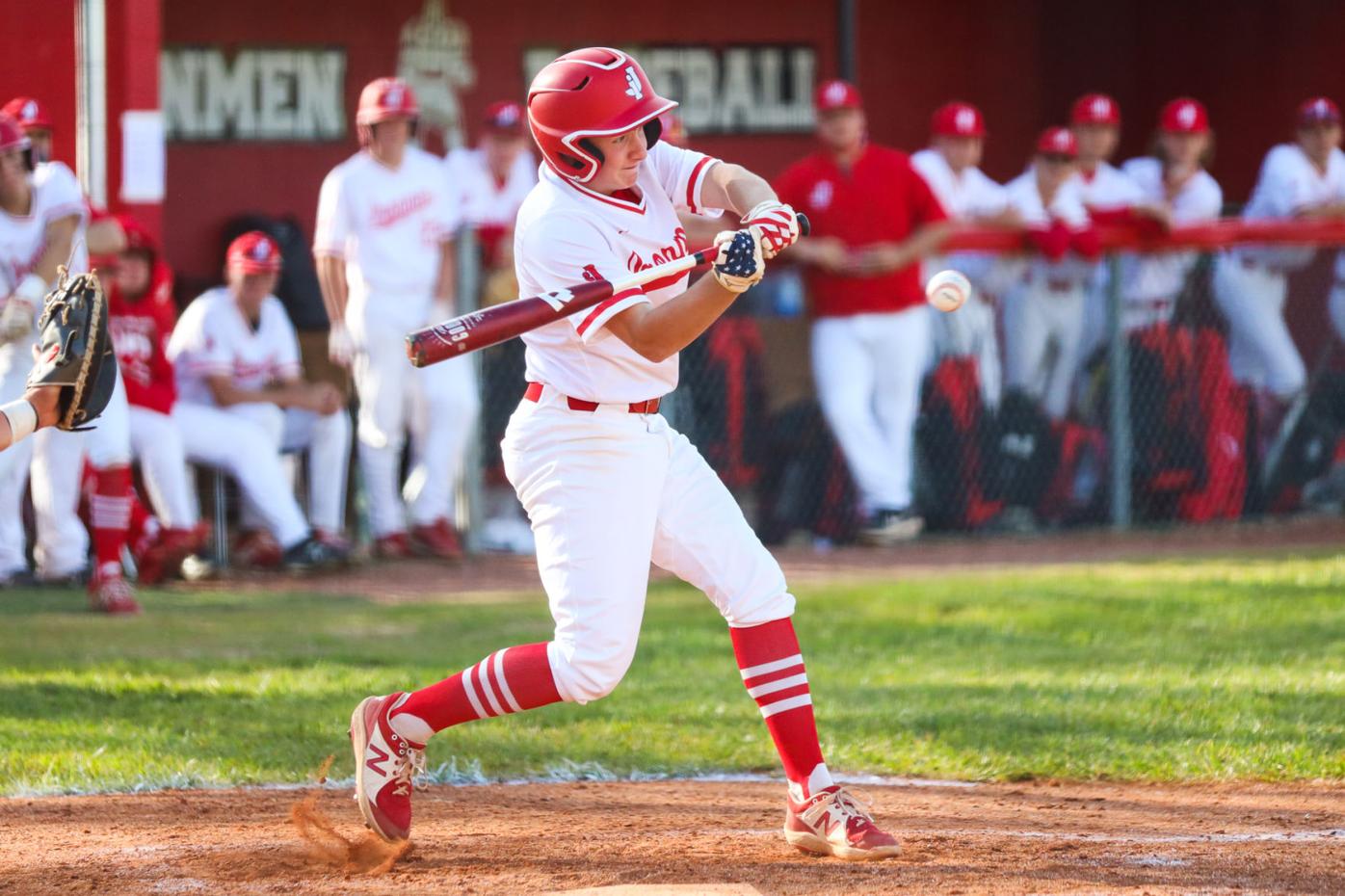 Jackson’s Holden Blankenship swings and connects on a pitch during the Ironmen’s 3-3 tie with Ironton on Thursday. 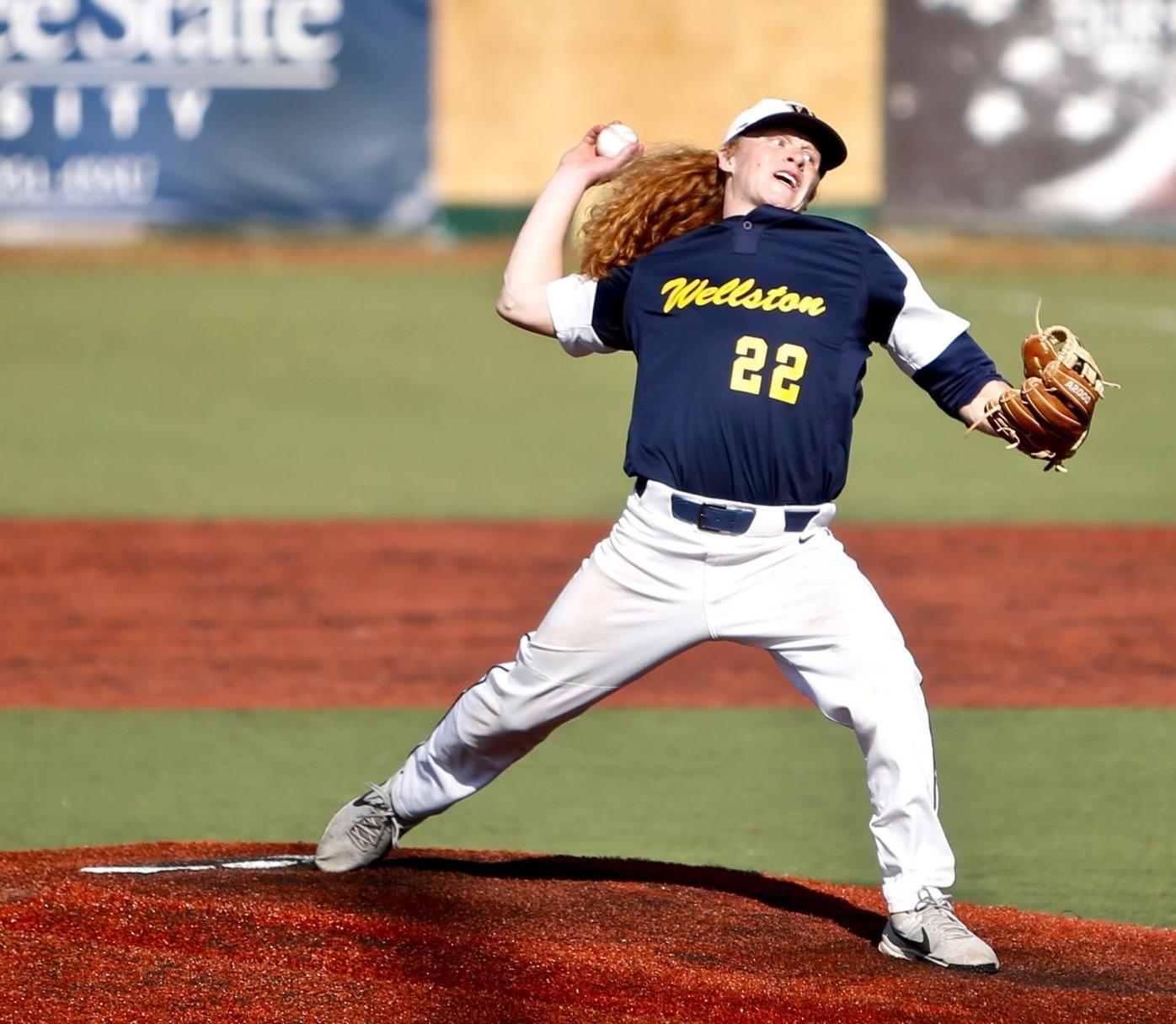 Wellston’s Chase Ingalls earned a victory on the mound, throwing four innings and striking out four batters in the Golden Rockets’ victory over Chesapeake.

Jackson’s Holden Blankenship swings and connects on a pitch during the Ironmen’s 3-3 tie with Ironton on Thursday.

Wellston’s Chase Ingalls earned a victory on the mound, throwing four innings and striking out four batters in the Golden Rockets’ victory over Chesapeake.

The Golden Rockets added one more regular season game and picked up a narrow victory over the Jeeps.

Alyssa Petersen finished with a home run, two runs and three RBIs, followed by Maddie Potts going 2-for-4 with a double and two RBIs.

Sadie Henry finished with a hit and two RBIs, while Jenna Johnston was 2-for-3 with a home run, double and an RBI.

Kenna Kilgour had two runs and an RBI.

The Golden Rockets hit the road and returned back with a win in non-conference action over the Panthers.

Chase Ingalls earned the win in four innings, allowing just three hits and striking out four batters. He also went 1-for-2 with a double and two RBIs.

Brock Eggers finished 3-for-4 with two doubles and two RBIs, while Zach Wilbur and Jeremiah Frisby had an RBI each.

The Golden Rockets earned the TVC victory in a make-up game over the Vikings.

Logan Martin earned the win in two innings, striking out three batters. He also went 1-for-4 with an RBI.

Chase Ingalls finished 3-for-5 with a double, three runs scored and four RBIs, while Pacey Rainer was 2-for-5 with an RBI.

For Vinton County, Zach Bartoe went 3-for-5 with two RBIs followed by Zack Radabuagh going 2-for-2 with two RBIs.

Gabe Raschke was 1-for-3 with two RBIs while Jarrett Wells went 1-for-4 with an RBI.

The Ironmen battled back from a 3-1 deficit to keep the game going before being called due to darkness in the top of the 10th and being ruled a tie.

Ironton committed a fielding error in the bottom of the seventh to trim the lead down to 3-2, then Ty Broermann forced a bases loaded walk that tied the game.

Isaac Kuhn made a diving catch with two runners on in the top of the eighth to end the innings, but Jackson couldn’t capitalize with the bases loaded.

In the bottom of the ninth, it had one last chance to win the game and attempted to steal home, but was thrown out by mere inches to end the inning before the game was called.

The Golden Rockets suffered the loss in TVC action to the Marauders.

Brock Eggers collected two of the team’s five hits on the day.

The Vikings took the shutout loss to the Chieftains in non-conference action.

Koen Travis collected two of the Vikings’ six hits on the day.

The Ironmen extended their winning streak to nine games, scoring eight runs in the fifth to defeat the Bulldogs.

Cade Wolford finished 3-for-4 with two runs and four RBIs, followed by Holden Blankenship going 2-for-3 with three runs and three RBIs.

Nate McManaway was 3-for-4 with two doubles, two runs scored and an RBI, and Bryson Brown went 1-for-3 with two runs and an RBI.

The Oaks scored a huge SOC II road victory over the Tigers.

Rylan Sams tossed a complete game for the win, giving up just four hits and striking out seven batters. He also went 1-for-3 with a double and two RBIs.

Flint Barger went 2-for-4 with an RBI, while Nate Clutters and Ethan Sickles each had a hit and an RBI.

The Vikings hit the road and suffered the non-conference loss to the Tigers.