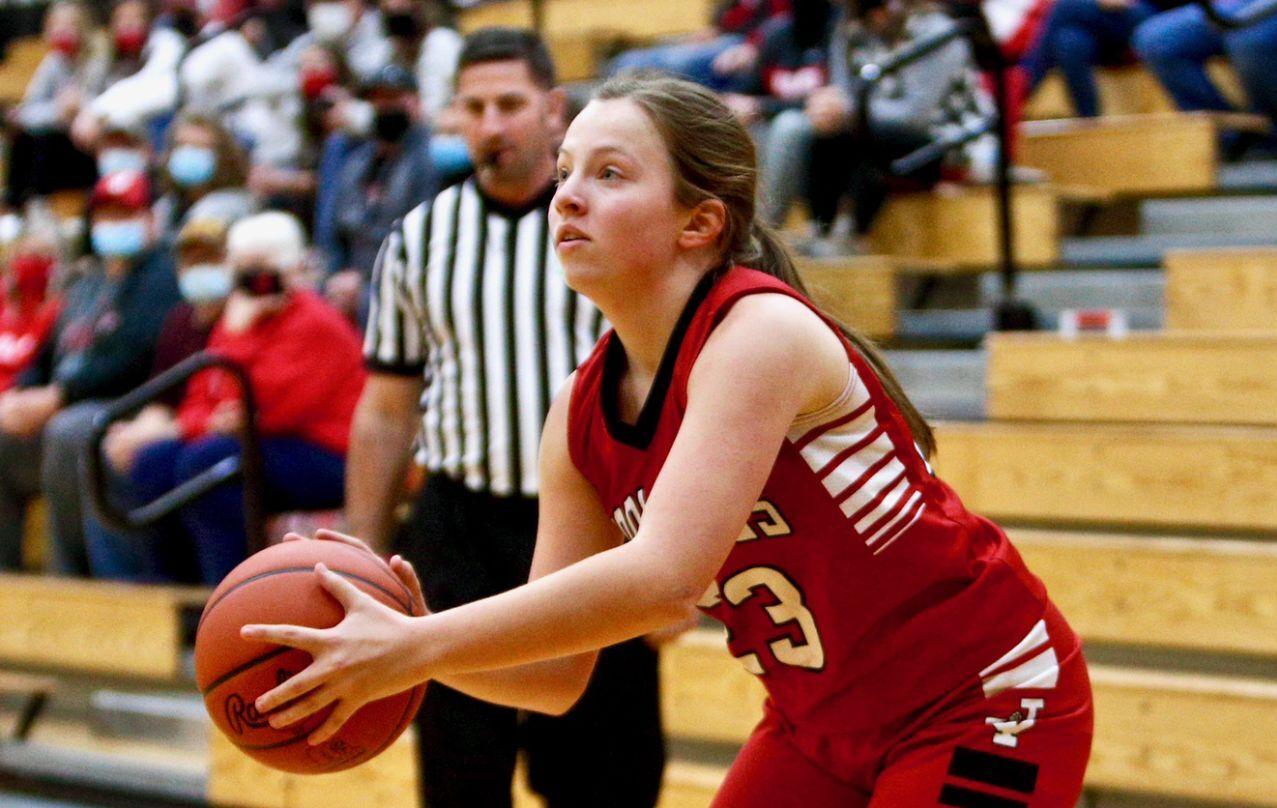 Jackson’s Sydney Hughes finished with 12 points to lead the Ironladies to a 36-35 victory over Chillicothe in FAC action on Monday. 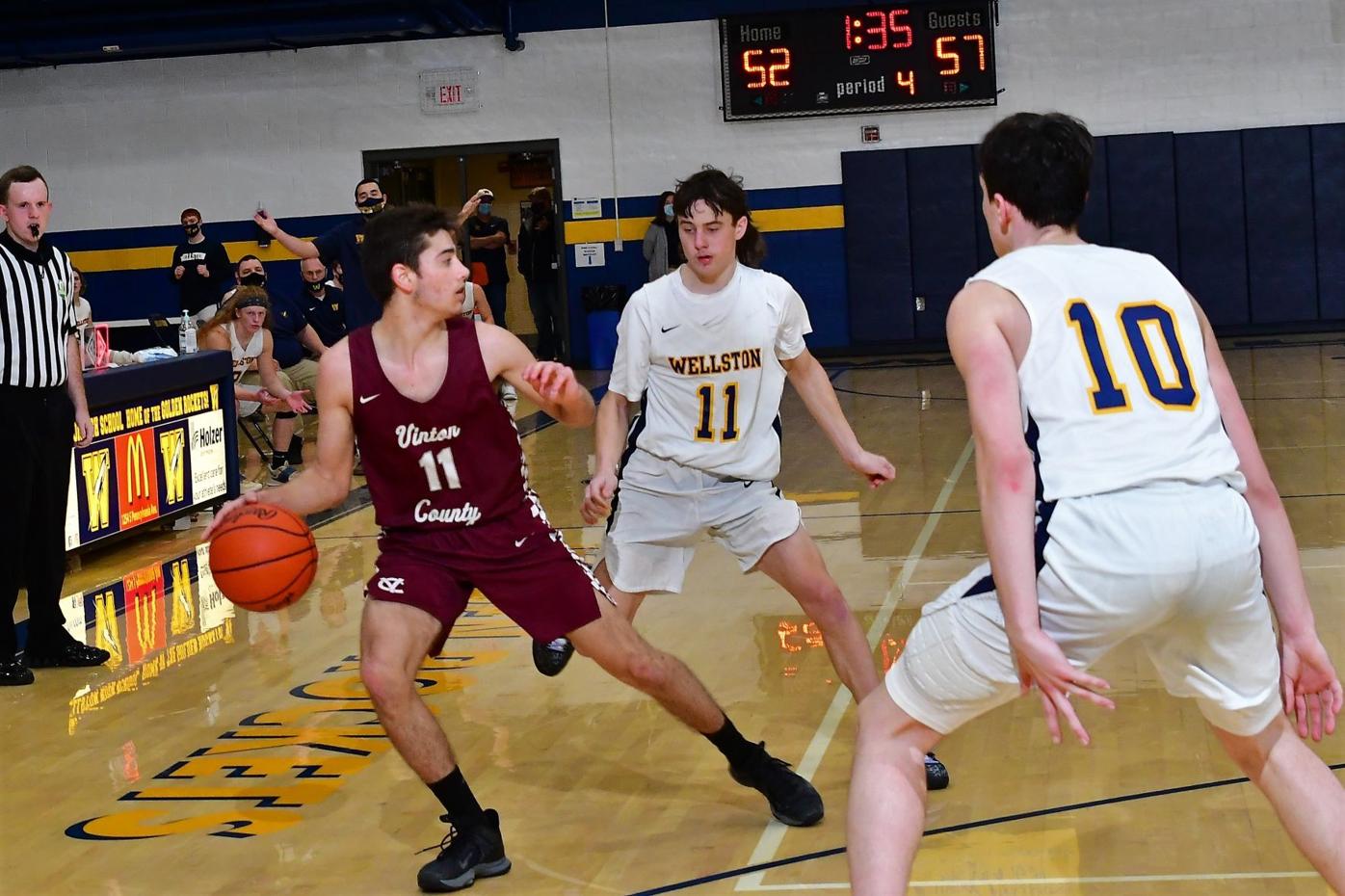 Vinton County’s Lance Montgomery looks for an open teammate while being guarded by Wellston’s Gunnar Harmon (center) and Cyan Ervin (right) in the Vikings’ 63-59 victory over the Golden Rockets on Friday.

Jackson’s Sydney Hughes finished with 12 points to lead the Ironladies to a 36-35 victory over Chillicothe in FAC action on Monday.

Vinton County’s Lance Montgomery looks for an open teammate while being guarded by Wellston’s Gunnar Harmon (center) and Cyan Ervin (right) in the Vikings’ 63-59 victory over the Golden Rockets on Friday.

The Oaks fought hard, but fell in SOC II action to the Pirates.

Brooke Howard finished with a team-high 17 points, followed by 10 points from Baylee Howell.

Oak Hill is back in action on Thursday at Waverly in SOC II action and at Notre Dame on Saturday.

The Ironladies made it back-to-back wins in the FAC, defeating the Cavaliers.

Jackson is back in action on Wednesday at home against Miami Trace and Saturday at South Point.

The Ironladies got back in the win column, defeating the Indians in FAC action.

Mattie Walburn finished with 14 points and five rebounds to lead Jackson, followed by Kenzie Davis with six points and 12 rebounds.

The Vikings suffered their first loss of the season, falling to the Shamrocks.

Morgan Bentley finished with a game-high 24 points to lead Vinton County, followed by 13 points from Myriah Davis and 12 points by Tegan Bartoe.

For Oak Hill, Aidan Hall finished with a team-high 18 points, followed by Braylon Howell with 14 points.

The Vikings held off a fourth quarter rally from the Golden Rockets to notch the victory in TVC action.

For Wellston, Cyan Ervin finished with 24 points and four rebounds, followed by 14 points and seven rebounds from Hunter Smith.

Vinton County returns to action on Friday at home against Nelsonville-York and Tuesday at River Valley, both games in TVC action.

Wellston hosts Meigs on Friday and travels to New Hope on Tuesday.

The Oaks couldn’t overcome 22 points and nine rebounds from Connor Lintz as they fell to the Mohawks in SOC II action.

The Vikings improved to 13-0 on the season, defeating the Bulldogs in TVC action.

Tegan Bartoe finished with a game-high 19 points, followed by 17 points from Morgan Bentley.

The Oaks picked up the victory in SOC II action, defeating the Eagles.

The Golden Rockets suffered a loss to the Marauders in TVC action.

The Oaks picked up a non-conference victory over the Golden Rockets.

Chloe Chambers finished with a game-high 19 points and 10 rebounds for Oak Hill.

The Oaks suffered the loss in SOC II action to the Senators.