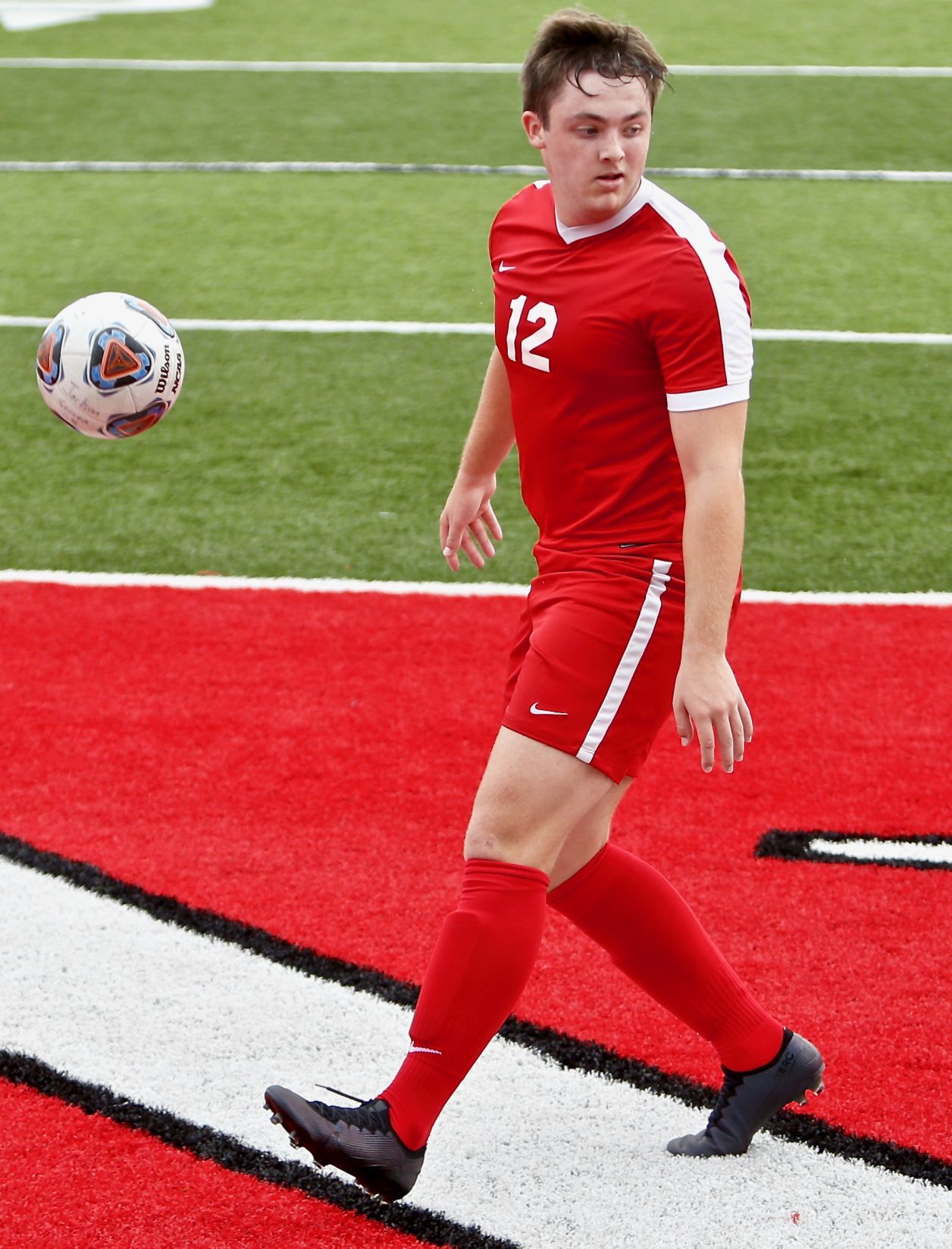 Jackson’s Nolan Haislop connected on a goal to lead the Ironmen to a 2-0 victory over Circleville on Saturday. 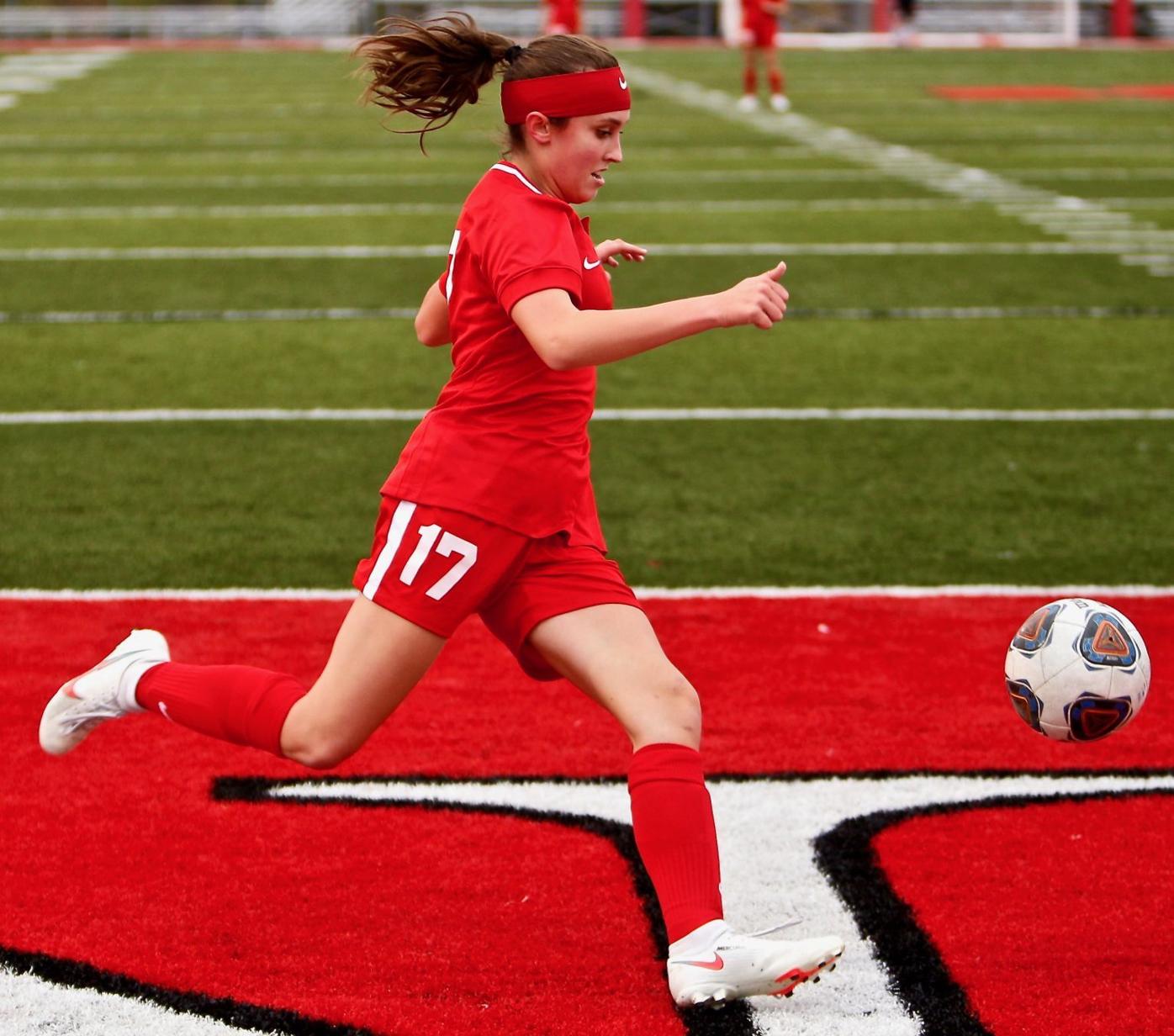 Jackson’s Sydney Fain scored the only goal for the Ironladies, who ended their game with a 1-1 tie to Circleville on Saturday.

Jackson’s Nolan Haislop connected on a goal to lead the Ironmen to a 2-0 victory over Circleville on Saturday.

Jackson’s Sydney Fain scored the only goal for the Ironladies, who ended their game with a 1-1 tie to Circleville on Saturday.

CIRCLEVILLE — Jackson may have a brand new core of players, but they handled themselves like true veterans.

After getting a feel for the pace of the game and the grass field, the Ironmen scored a pair of goals in the second half to earn a 2-0 victory on Saturday.

“We pretty much controlled ball possession, but we have to finish better moving forward,” Jackson coach Lee Lord said. “We had probably 15 shots, but only connected twice. However, Circleville’s goalie did one heck of a job keeping them in and blocking some shots. In the end, we wore them down and frustrated them, which all worked out for us.”

It was clear that Jackson’s passing and skill for ball possession was too much for Circleville to keep up with.

Whether the ball was with Nolan Haislop, Connor Ball or Keon Koka in the midfield, they made it a habit of getting into the final third of the field.

Playing on the grass affected the speed of the ball, which led to no goals scored in the first half despite getting 10 shots off.

However, just two minutes into the second half, shot attempt No. 11 connected as Haislop beat his man and struck the bottom left corner to put the Ironmen up 1-0.

“I saw the drop and I just went for the corner since I had enough space,” Haislop said. “It was easier than going for the far post since it was all blocked off so I took the shot.”

With the minutes ticking down and Jackson still possessing the ball, it put the final dagger in with 18 minutes left as Koka connected with the back of the net to slam to the door shut on an Ironmen victory.

“I opened the ball and my teammates just continued to play around a little bit until I found the open space,” Koka said. “Once I saw the ball coming, I just fired a missile right there into the net.”

Jackson returns to action on Thursday, Saturday and Tuesday at home against Gallia Academy, South Webster and Washington.

On the girls’ side of things, Jackson began to find a rhythm and open space late in the game with the heat barring down.

However, time was not on its side, and it couldn’t find the back of the net again, ultimately ending the game with a tie.

Despite ball possession being fairly even between both teams, Jackson’s advantage was that it managed shots much closer to the goals compared to Circleville.

Yet, it was the Tigers who struck first in the second half when Faith Yancey received the ball from Makya Cockerham and outsprinted everywhere before finding the left corner of the goal for a 1-0 lead just 45 seconds in.

It seemed like that goal was going to be enough to win with how the flow of the game continued to go.

But Jackson caught a break with 23:23 left as the ball wound up at the feet of Sydney Fain. She took the first shot and it bounced off the goalie and right back to her, and her second shot connected with the back of the net to tie the game.

“We have a number of injuries on our team, but I’m proud of how the girls just continued to battle,” Jackson coach Jon Groff said. “Every girl I subbed in stepped up and filled whatever spot they needed to. We came on strong in the second half and thought we had a chance to win it, but I’m happy to come out with a tie against a good Circleville team.”

Jackson travels to Unioto on Thursday and returns home Tuesday against Washington to open FAC play.