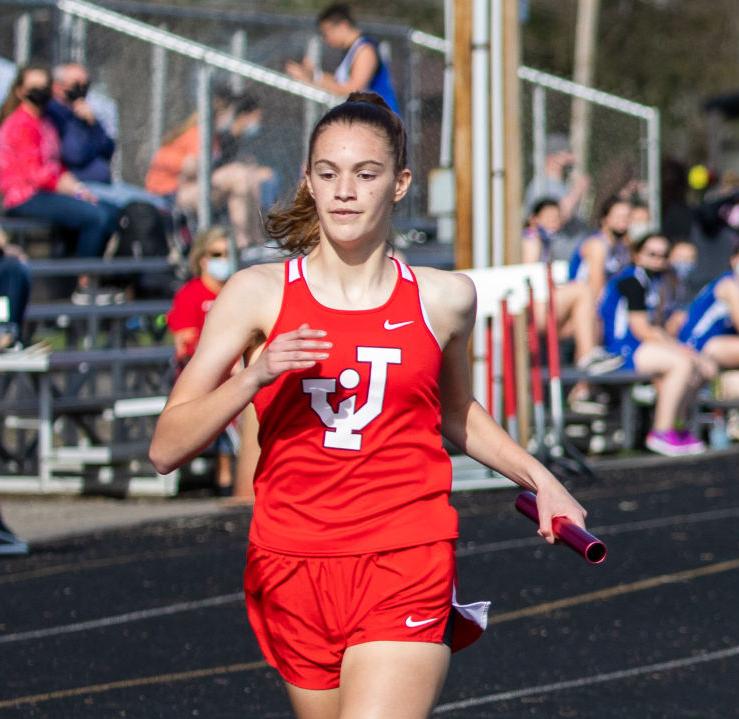 Jackson’s Kirsten Evans won the 200, 400 and was a part of the 4x400 that won during the Vinton County invitational on Thursday. 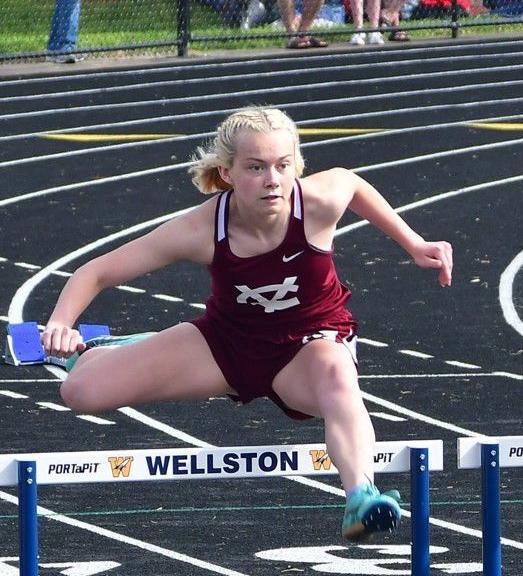 Vinton County’s Tristen Kirby competes and wins in the 300 hurdles during Thursday’s Vinton County Invitational. She also had a top three finishes in the 100 hurdles, 4x400 and high jump.

MCARTHUR — Out of the 17 girls events in Thursday’s Vinton County Invitational, Jackson girls took a third place finish in nine of those events.

Needless to say, it was an unfair battle as the Ironladies were the class of the meet, taking first place with 108 points.

The other event she competed in was the 4x800 (11:10.93) with Hughes, Sheward and Abby Seimetz, good enough for third place.

Kennedy herself a day as well, re-breaking the school’s 800 record that she set last month with a new time of 2:18.66.

Elliott, Winters and Osbourne later teamed up alongside Jenna Lewis to take third in the 4x100 (58.98).

Meanwhile in the field events, Elizabeth Perry took third in the long jump with a distance of 13-feet-7.75.

For Vinton County girls, Tristen Kirby was its star of the evening as she had a top three finish in every event she competed in.

Then she teamed up with Olivia Mayers, Josie Mulhern and Ryleigh Ashmore in the 4x400, finishing in third (4:43.22).

Montgomery, Hembree and Herrold later teamed up with Brady Woitz in the 4x400, taking third place (4:05.86).

For Wellston, who finished in 11th place with 16 points, Brenton Brrech finished third in the high jump with a height of 5-feet-4.