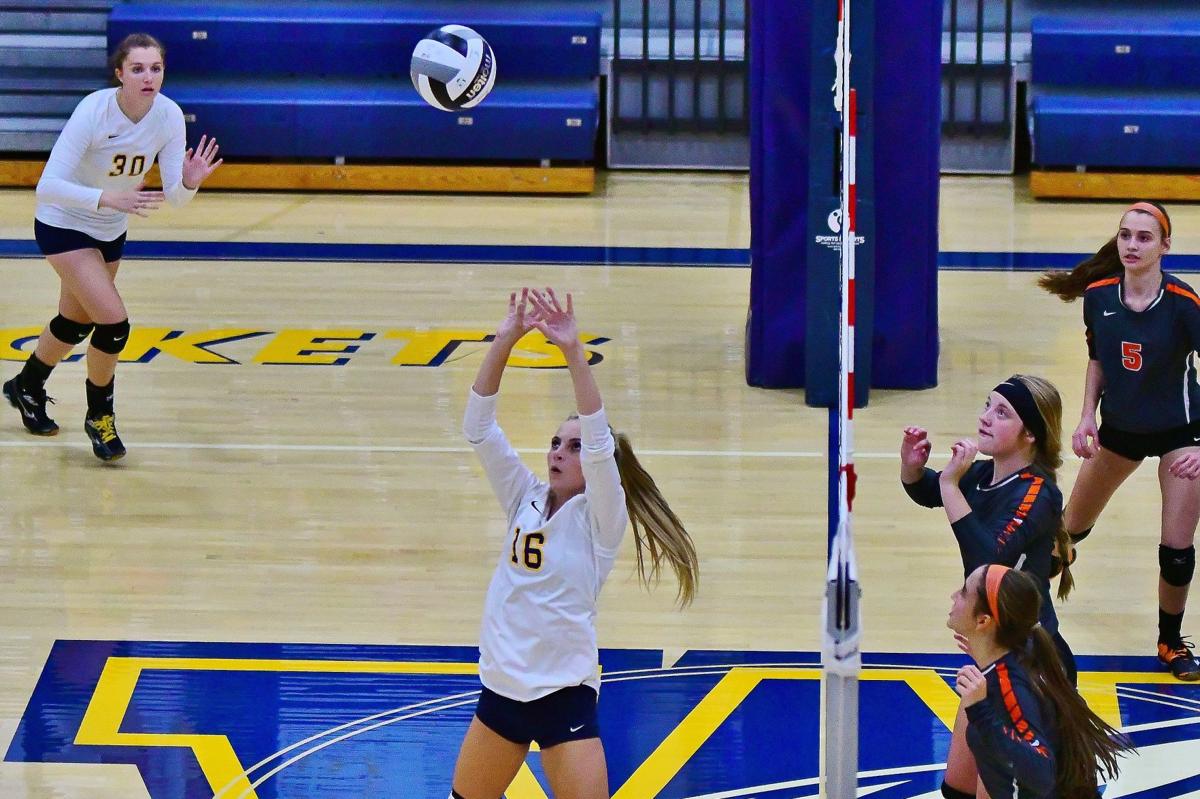 Wellston’s Nevaeh Ousley (16) leads the Golden Rockets, who earned a No. 9 seed in the Division III tournament, into battle at No. 8 seeded Federal Hocking next Tuesday. 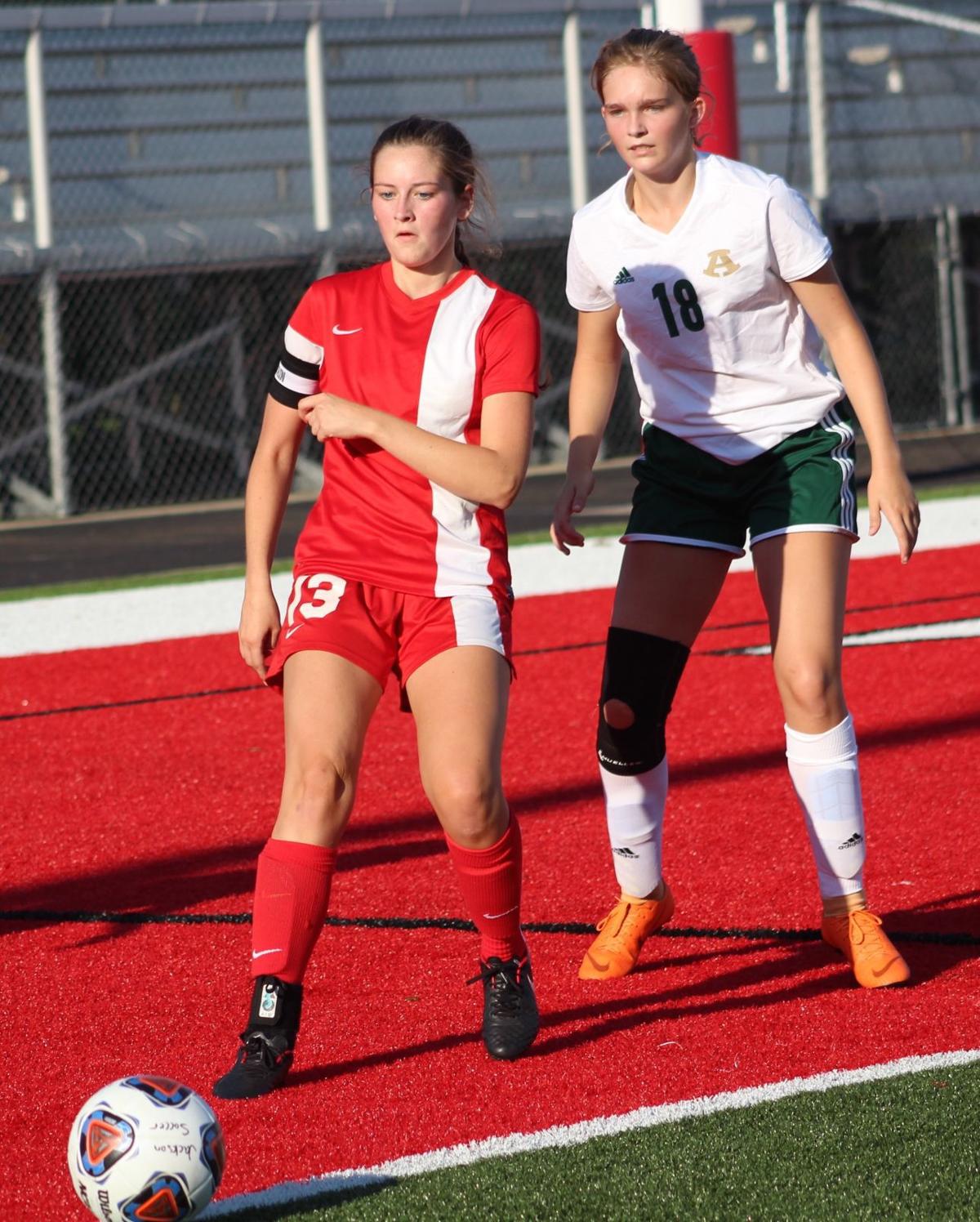 Jackson’s Brynlee Vermillion (13) leads her team into Division II tournament action next Tuesday as the No. 6 seeded Ironladies play at No. 3 seeded Waverly.

Wellston’s Nevaeh Ousley (16) leads the Golden Rockets, who earned a No. 9 seed in the Division III tournament, into battle at No. 8 seeded Federal Hocking next Tuesday.

Jackson’s Brynlee Vermillion (13) leads her team into Division II tournament action next Tuesday as the No. 6 seeded Ironladies play at No. 3 seeded Waverly.

Note: This story appears in the Wednesday, Oct. 9 newspaper on Page B1.

Tournament pairings for soccer and volleyball were revealed on Sunday, and the feeling of sadness after watching my Cincinnati Bengals lose on a field goal at the buzzer suddenly turned into joy.

This fall season has flown by incredibly quick, I still remember the first game I covered (Piketon at Jackson volleyball) which now seems like forever ago.

Football is entering week seven and every single team is in playoff contention in some way, shape or form.

Needless to say, area sports are thriving and community support should be at an all-time high, if it wasn’t already.

Let’s jump into the action, here’s this week’s ‘Two-Minute Drill’:

Here are the scores from the area games on Friday:

Oak Hill football has always prided itself on having a physical running attack along with a stout defense capable of holding its opponents to minimal points.

It’s taken some time for the Oaks to put everything together, but they’ve won two of its last three, and Friday’s performance was one of guts.

Although his offensive impact is not as heavy, Brock Harden played lights out defensive from his linebacker spot. Nearly every time you looked into the backfield, No. 44 was shooting through a gap making a tackle or at least pressure the quarterback to roll out of the pocket.

Harden arguable made the play of the game to end the first half as he sacked Valley quarterback Connor Fell on the Oak Hill 11-yard line with no time left to keep the Oaks ahead 14-10.

If he doesn’t make that play and Valley scores, chances are the Oaks lose that game.

On the golf course, Division I sectional play happened last week at Crown Hill with Jackson’s team aiming to get to district play.

Although the team fall short of its goal, Trase Speakman stood tall for the Ironmen and made the cut by shooting an 89 (42 on the front nine, 47 on the back nine) which advanced him to district competition.

Speakman and the Ironmen had a great season as they were FAC champions while Speakman was tabbed as FAC co-player of the year.

It can be hard for a freshman in any sport on the varsity level to make a splash and show how valuable he can be to a team.

Not because he/she isn’t talented, there’s usually just upperclassmen with more experience who get more playing time because they’ve been through the battles.

However, certain athletes as freshman have a way of making an impression that resonates and lasts, and for Jackson football, that guy is Jacob Winters.

He got the chance to showcase what he can do with the ball in his hands against Wheelersburg, and he was back at again against McClain.

With the Ironmen firmly ahead 21-3 in the second quarter, the talented freshman received Tiger punt and proceed to weave his way to the endzone for a touchdown.

Winters may be the future of Ironmen football for the next three years, and that should have area fans excited to see what else he can do on the gridiron.

What has me excited

The tournament pairings were officially unveiled and this is where the fun for me truly begins. As much as my car isn’t going to enjoy all of the miles it’s about to log, it’s completely worth it.

Anything can happen in tournament and Cinderella runs can appear out of nowhere. Wellston as a No. 9 seed has potential to pull it off and proudly wear that glass slipper.