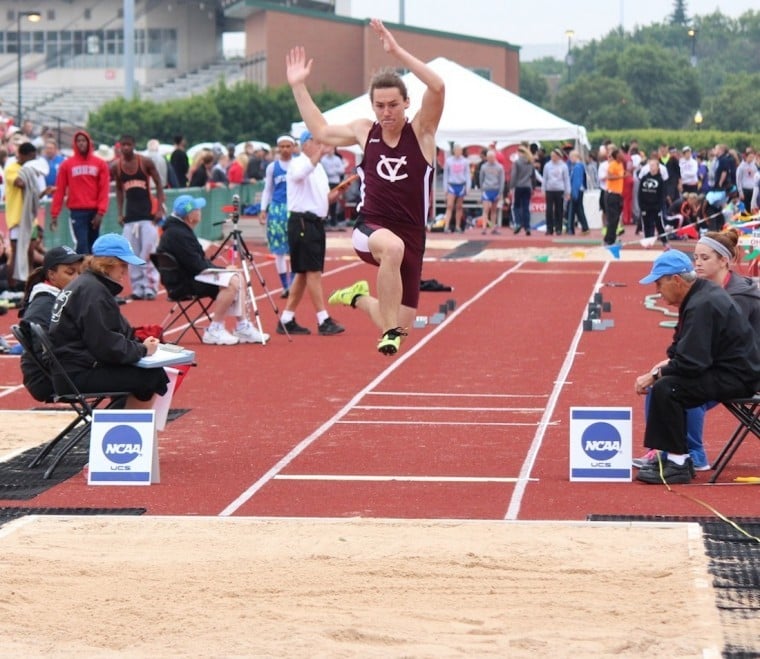 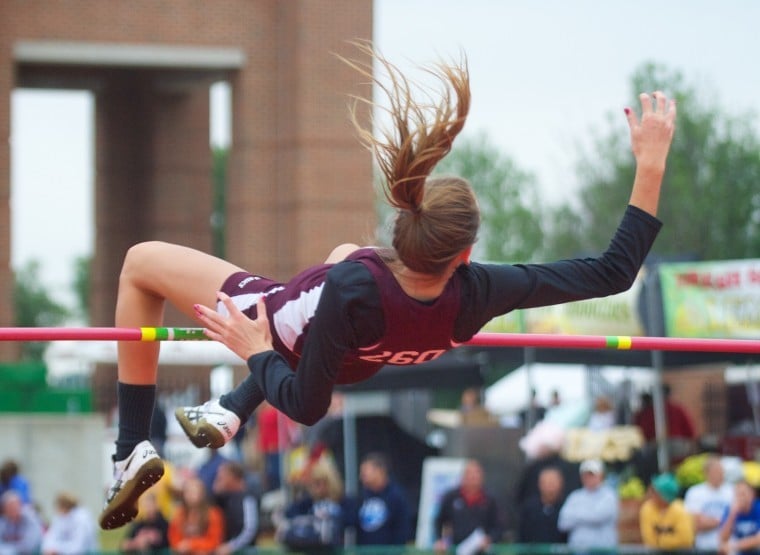 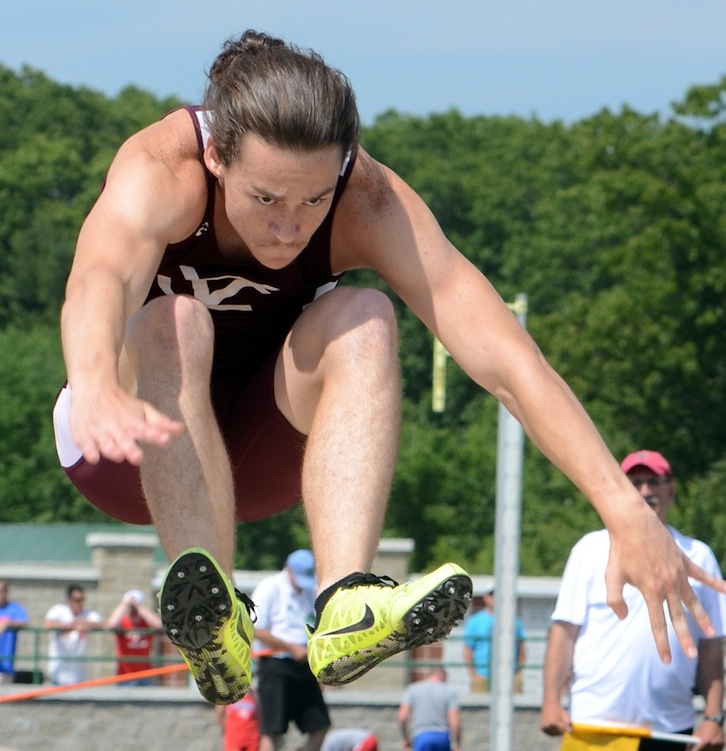 The young Vikings’ main goal was achieved on Friday.

Barney’s leap of 21 feet, 4.5 inches garnered all-Ohio honors, putting him on the podium.

“It feels like all my training has paid off,” Barney said, wearing his all-Ohio medal. “Everything looks like it’s going to my favor. I still feel very, very accomplished that I was able to make it to the podium. That was my whole season goal, just to make it to state and get to the podium.”

But Barney’s second-best jump of 21-4 earned him the tie-breaker, and the sixth-place finish.

Barney’s best jump was his second attempt in the second flight. That effort helped move him up the podium.

Orange senior Will Carter beat the rest of the field and won the state title with a jump of 23-04.

Barney was ecstatic after the event, but still looked back on his second jump in the first flight, one in which he fouled.

“I was happy but I think on my second jump, the one that I got a foul on, I think that was probably my money jump of the day but I didn’t land it,” he said. “But there’s always next year.”

And Barney has even more incentive for next year. He stormed on the scene in the Tri-Valley Conference this spring, and even made a name for himself at the state level on Friday.

“I think that next year’s training is going to be a little more intense,” Barney said. “I’m going to pick it up. I plan on getting in the weight room and actually doing weight training this year.”

Owings had been a standout in track and field for Vinton County, but she wasn’t able to advance in the Division II high jump.

She missed all three of her attempts on the opening height of 5-0.

“We are proud of Caitlyn Owings,” said Vinton County coach Jon Lindner. “Although she did not place today, her performances in the month of April were some of the best in the state. She has done a great job for us the last four years. We will miss her greatly.”

Kevin Wiseman is sports editor for The Athens Messenger.

Paul Boggs of the Jackson-County Times Journal contributed to this report.