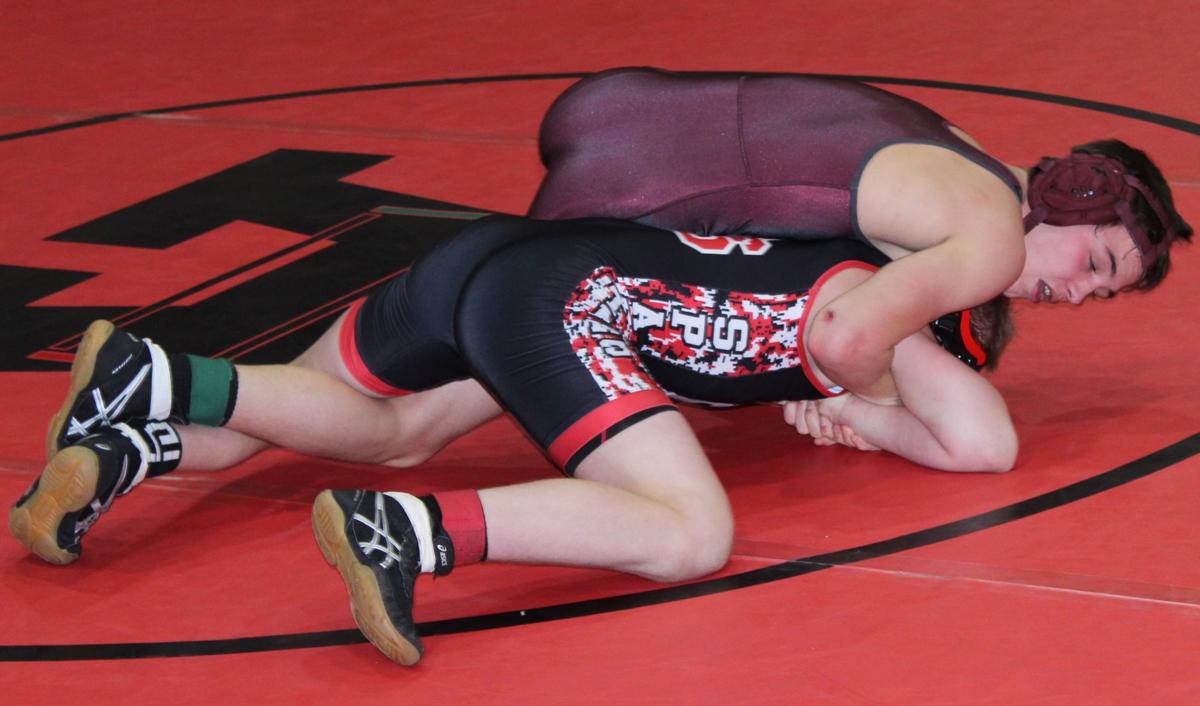 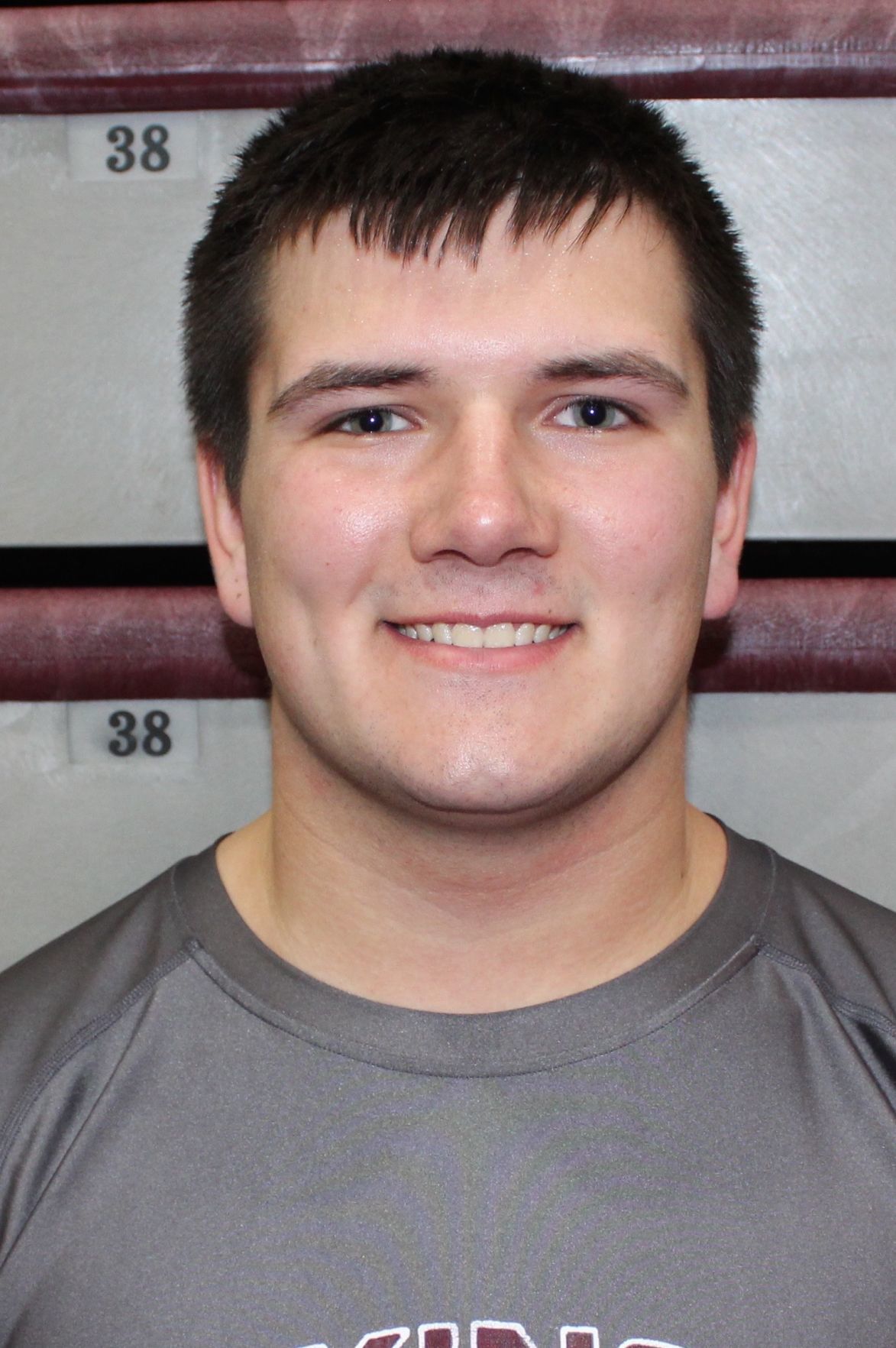 ALBANY — The high school wrestling season has begun its countdown to the state tournament.

The Division II and III sectional tournaments were held at Alexander High School.

In Division II, Vinton County was seventh with 49 points. Jonathon Vanover gave the Vikings a sectional champion at 220 pounds, as he pinned New Lexington’s Titan Blair in 4:40 in a final.

Skylar Hamric placed fourth at 113 pounds to give the Vikings a second district qualifier. Shannon Mcinnis (145 pounds) and Timmy McMannis (285) finished fifth for the Vikings and will serve as alternates.

A top-four finish in each weight class was needed to qualify for the district tournament, with fifth-place finishers serving as alternates for this week.

Finnearty gave Athens its first sectional champion when he won the 120-pound weight class. He pinned Jackson’s Austin VanAllen in 1:11 in the final.

Smith also won his final with a pin. He was the 160-pound champion after pinning New Lexington’s Jacob Dold in 1:13.

George gave the Bulldogs the top finisher in the 195-pound weight class. He earned a 5-1 decision over New Lexington’s Brandon Toner in the final.

Bill Wallace gave Athens a fourth wrestler competing in a final. He advanced to the final match in the 182-pound bracket before dropping a close 7-5 decision to Jackson’s Anthony Parks.

Athens had six third-place finishers to round out its crop of district qualifiers.

Adam Porterfield won his 106-pound third-place match when he earned a 9-3 decision against Warren’s Hayley Snyder.

Jonathan Kimball finished third at 126 pounds. He pinned Jackson’s Blake Sheeter in 3:17 in the third-place match.

Athens’ Zavier Campsey was third at 138 pounds, earning a 16-0 tech fall over Warren’s Darian Congleton in his final match of the day.

John Pardue gave the ‘Dogs another win in a third-place match, scoring a 14-7 win over Gallia Academy’s Corbin Walker at 220 pounds.

Athens EunJae Suh (132 pounds) and Oliver Pyle (170 pounds) each finished fifth and will serve as alternates for the district tournament.

In Division III, Alexander finished third as a team with 130 points. River Valley took first at 175.5 points, while Westfall was second at 131.5 points.

Chmiel gave the Spartans their sectional champion. He advanced to the finals of the 113-pound bracket, pinning Chesapeake’s Anthony Lovejoy in 1:30 to take first place.

Alexander also had three seconds, a third and a fourth-place finish to send six to the next weekend.

Jackson Ross (120 pounds), Wes Radford (126 pounds) and Jordan Cantrell (170 pounds) were all second in their weight classes and will advance to the next round.

Alexander’s Drew Harris won his third-place match with a pin over Chesapeake’s Nick Burns in 4:49 in the 285-pound bracket.

Alexander’s Michael Wells is an alternate at 182 pounds after finishing in fifth place.

Trimble placed fourth as a team with 126 points, with Lackey and Joyce earning sectional crowns.

Lackey won the 170-pound bracket. He was able to pin Alexander’s Cantrell 1:35 into the final match to take home first-place honors.

Trimble’s Todd Fouts took third place in the 132-pound bracket. He won his final match with a pin over Zane Trace’s Brayden Harris in 2:35.

Snyder gave Nelsonville-York a sectional title at 195 pounds. He pinned Ironton’s Matt Davis in the finals, winning the match in 2:21.

Coalton Flowers and Christian Wiseman had third-place finishes to give the Buckeyes’ two more district qualifiers.

Flowers won the 106-pound third-place match when he earned a 12-2 major decision over Chesapeake’s Julian Pennington.

Wiseman’s third-place finish came at 182 pounds. He pinned Waterford’s Ethan Root in 2:59 in the third-place match.

N-Y’s Dominick Doak finished fifth at 132 pounds to give the Buckeyes an alternate.

Nelsonville-York finished eighth as a team with 75 points.

Eastern’s Steven Fitzgerald will also represent the Tri-Valley Conference on the district mats. He won the 285-pound sectional title, pinning West Union’s Jack Steed in 3:55 in the final.

Athens and Vinton County will travel to Claymont High School for the Division II district tournament, which will be held Friday and Saturday.

The top four in each weight class of the district tournaments will advance to the state tournament at Ohio State.

Wiseman is the sports editor of the Athens Messenger.