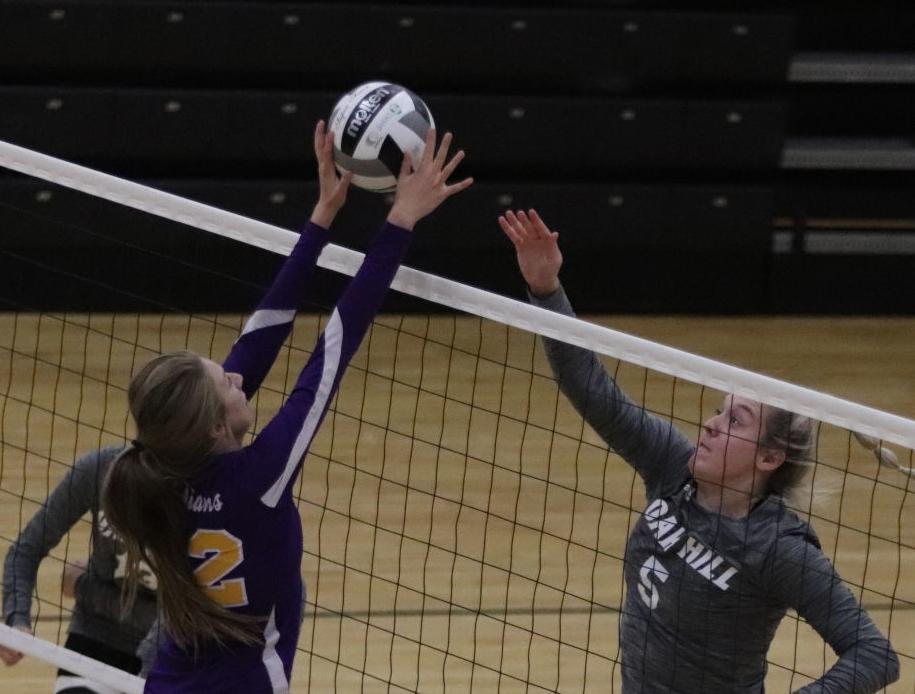 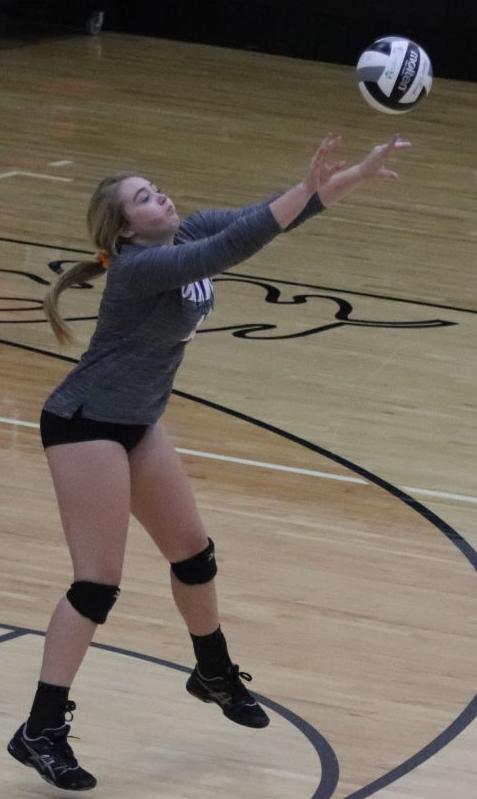 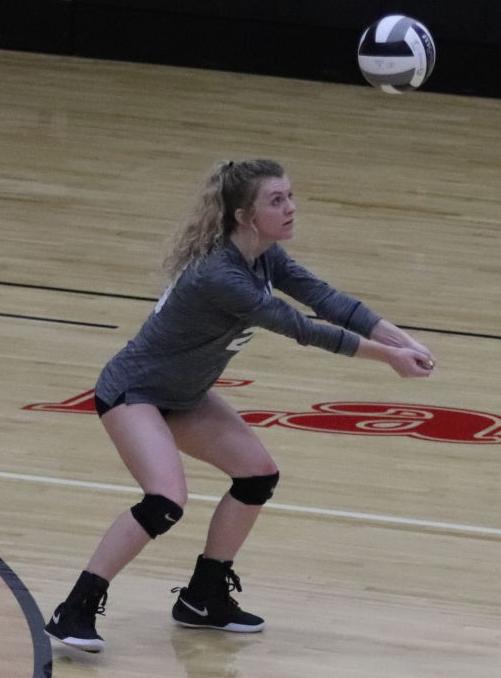 Oak Hill’s Peyton Miller prepares to hit the ball off serve receive during the Oaks’ 25-8, 25-18, 25-17 straight-set victory over Valley on Thursday. 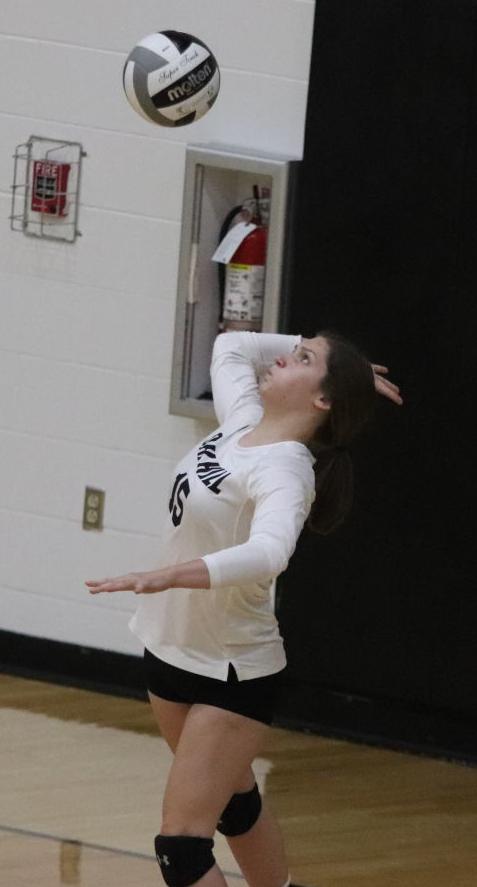 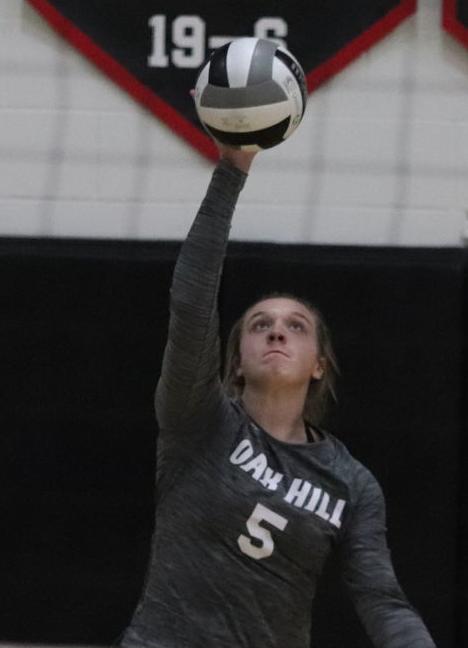 Oak Hill’s Chloe Chambers prepares to serve the ball during the Oaks’ 25-8, 25-18, 25-17 straight-set victory over Valley on Thursday.

Oak Hill’s Peyton Miller prepares to hit the ball off serve receive during the Oaks’ 25-8, 25-18, 25-17 straight-set victory over Valley on Thursday.

Oak Hill’s Chloe Chambers prepares to serve the ball during the Oaks’ 25-8, 25-18, 25-17 straight-set victory over Valley on Thursday.

Note: This sports recap appears in the Wednesday, Sept. 25 newspaper on Page B4.

OAK HILL — The good thing about volleyball is that you can look below average on Tuesday, and return Thursday looking brand new.

After getting swept by Northwest, Oak Hill returned to the court and brought its brooms out as it swept Valley 25-8, 25-28 and 25-17 on Thursday.

“We put everything together. The communication was much better, our serves were on point and our front row hit the ball nicely,” Oak Hill coach Tori Duncan said. “For the last couple of games, we’ve gone against really good blocking teams and we hadn’t hit as well I think in part because they didn’t want to get blocked. But they came out swinging in this one and did a great job.”

Caitlyn Brisker had no trouble being aggressive and swinging from the first serve. She helped set the tone for the Oaks with a pair of thunderous kills early.

Combine that with aces each from Chloe Chambers and Kailey Adkins, and the Oaks led 10-4.

Brisker later went back to the serving line and led the charge on a 6-0 run before the Oaks closed out on a complete 15-4 run to take the first set.

“Communication was key and everyone came out ready to win,” Duncan said. “After losing a couple games in a row, we were ready to turn things around.

“Caitlyn is an incredible athlete and when that jump serve is working, almost no one can touch it. She told me before the game that she was ready to win and she brought it.”

After not cracking double digits in the first set, Valley came out determined to turn things around.

They attacked the net much better while their serving was completely night and day. Serving up three aces early allowed the Indians to jump out early, 9-5.

“We needed to take a deep breath,” Duncan said. “I think at times we just need to stop for minute and think about what we need to do. So I took a timeout to just remind them there’s still a long way to go.”

The Oaks battled back slowly and eventually tied the set at 15. Then a kill and block from Chloe Chambers, followed by back-to-back aces from Brisker, put the Oaks ahead 19-15.

Valley battled down 20-18 but Kylee Myers went back to the serving line and ripped off three aces as the Oaks scored the final five points for the victory.

“She was our libero last season and stepped in with us being a player down,” Duncan said. “She’s probably our best and most consistent server, and came through when we needed her in that moment.”

Hoping to avoid the sweep, Valley hung neck-and-neck with the Oaks in the beginning as they were tied 10-10.

But the mistakes piled up and the Oaks had no problem taking off as they went on a 12-4 run down the stretch to seal the envelope on their fifth win of the season.

“The girls really wanted it, and you could see the difference in them compared to the Northwest game,” Duncan said. “There was no blaming one another for anything. They talked really well and picked each other up when needed. Volleyball is a mental game and I’m happy with how they stayed together.”