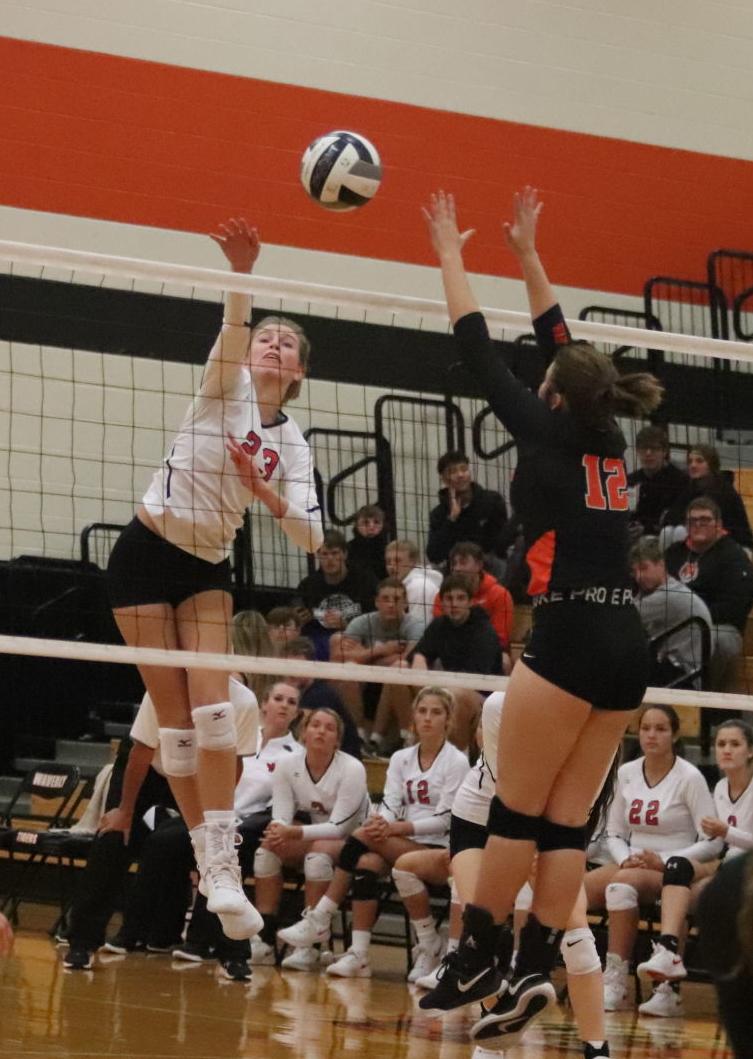 Jackson’s Abbey Munn was named to District 13’s first-team list after leading the Ironladies to a 12-9 record this season. 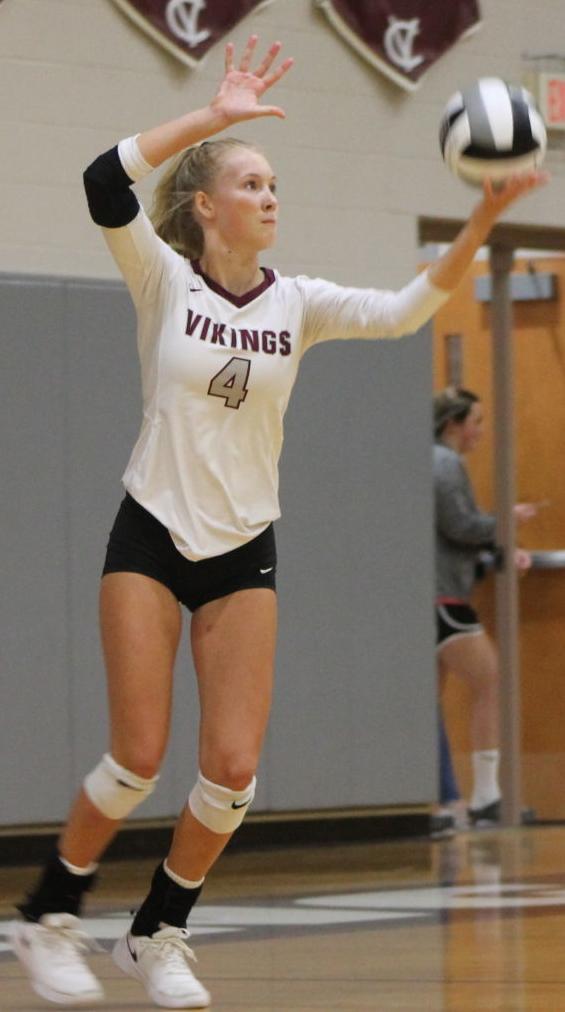 Vinton County’s Cameron Zinn was named District 13 Defensive Player of the Year after leading the Vikings to a school-best 22-3 record this season.

Jackson’s Abbey Munn was named to District 13’s first-team list after leading the Ironladies to a 12-9 record this season.

Vinton County’s Cameron Zinn was named District 13 Defensive Player of the Year after leading the Vikings to a school-best 22-3 record this season.

Note: This sports recap appears in the Wednesday, Nov. 6 newspaper on Page B1.

The Southeast Ohio Volleyball Coaches Association released its all-district teams on Sunday with the area being heavy represented.

Joining Zinn on first-team were fellow teammates Maylea Huff and Sydey Smith after helping lead the Vikings to a school-best 22-3 record.

Jackson’s Abbey Munn earned her spot on first-team as well ending the season with a team-high 206 kills, 190 digs and 34 aces for the 12-9 Ironladies.

Rounding out the first-team list was Alex Barnes and Maddie Wright of Gallia Academy along with Kaitlyn McClead and Sydney Wright of Marietta.

Finishing out the second-team list is Sarah Webb of Athens, Abby Gilliand of Warren, Hannah Kroft from Marietta, McKenzie Pope of River Valley and Mallory Howley from Meigs.

Joining them on third-team was Maddy Petro and Bailey Barnette of Gallia Academy, Madison Foy of Warren, Lora Kinney from River Valley and Beranna Zirkle of Meigs.

In Division III, Oak Hill’s Caitlyn Brisker and Wellston’s Kamryn Karr were named to the first-team.

Brisker finished the season with a team-high 217 kills, 69 digs, 50 blocks and 19 aces, while Karr passed out over 200 assists and served more than 20 aces for the Golden Rockets.

Rounding out the first-team was Mallory Rankin and Jenna Houpt of Alexander, Samantha LaFon and Mary Beth Burton of Ironton, Makenzie Hurd of Nelsonville-York, Bailey Roland of Fairland, Addison Dillow of Coal Grove and Makayla Bowen of Federal Hocking.

Making the third-team list was Oak Hill’s Abby Meldick, who finished the season with 63 digs, 52 kills and 23 blocks for the 8-15 Oaks.

Joining her on third-team was Riley Schreck, Lydia Hannah and Peyton Rowe of Ironton, Rylee Harmon of Coal Grove, Olivia Barber of Eastern, Haley Hurd of Nelsonville-York and Jenna Stone of Fairland.