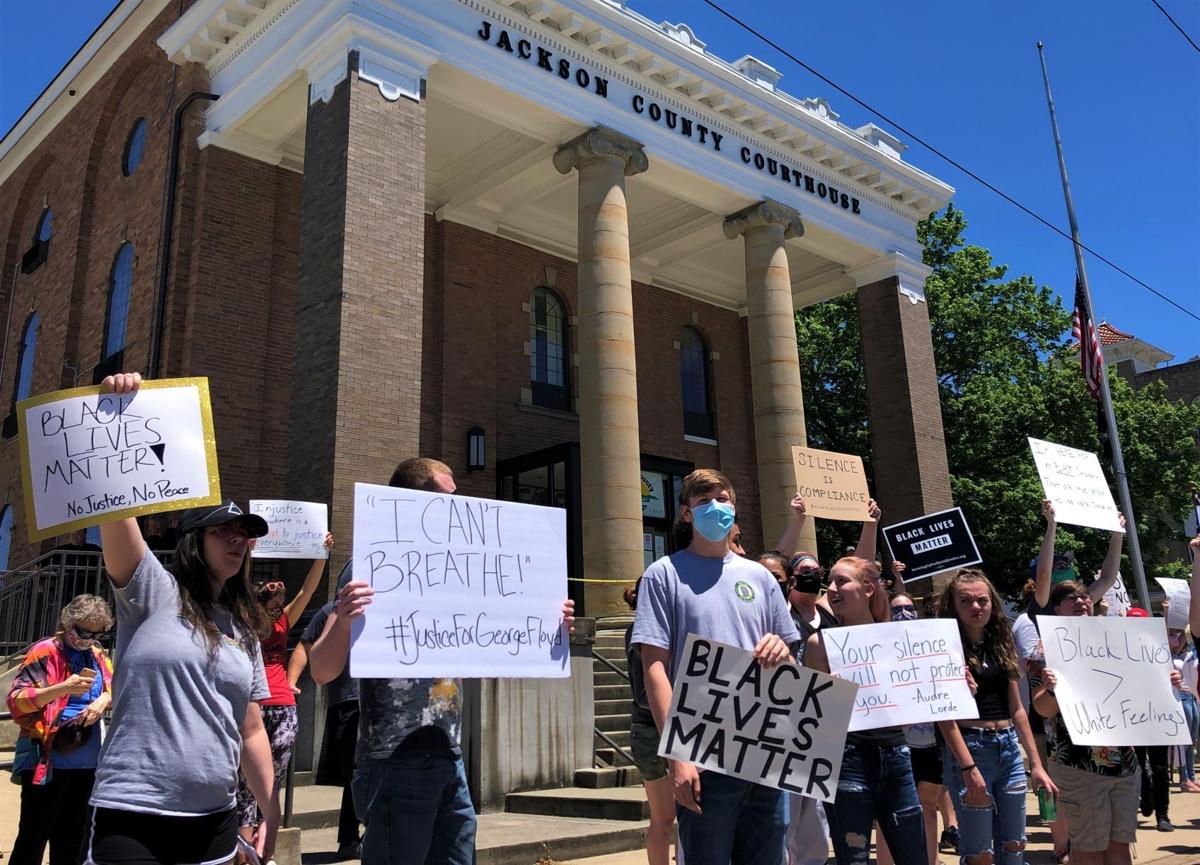 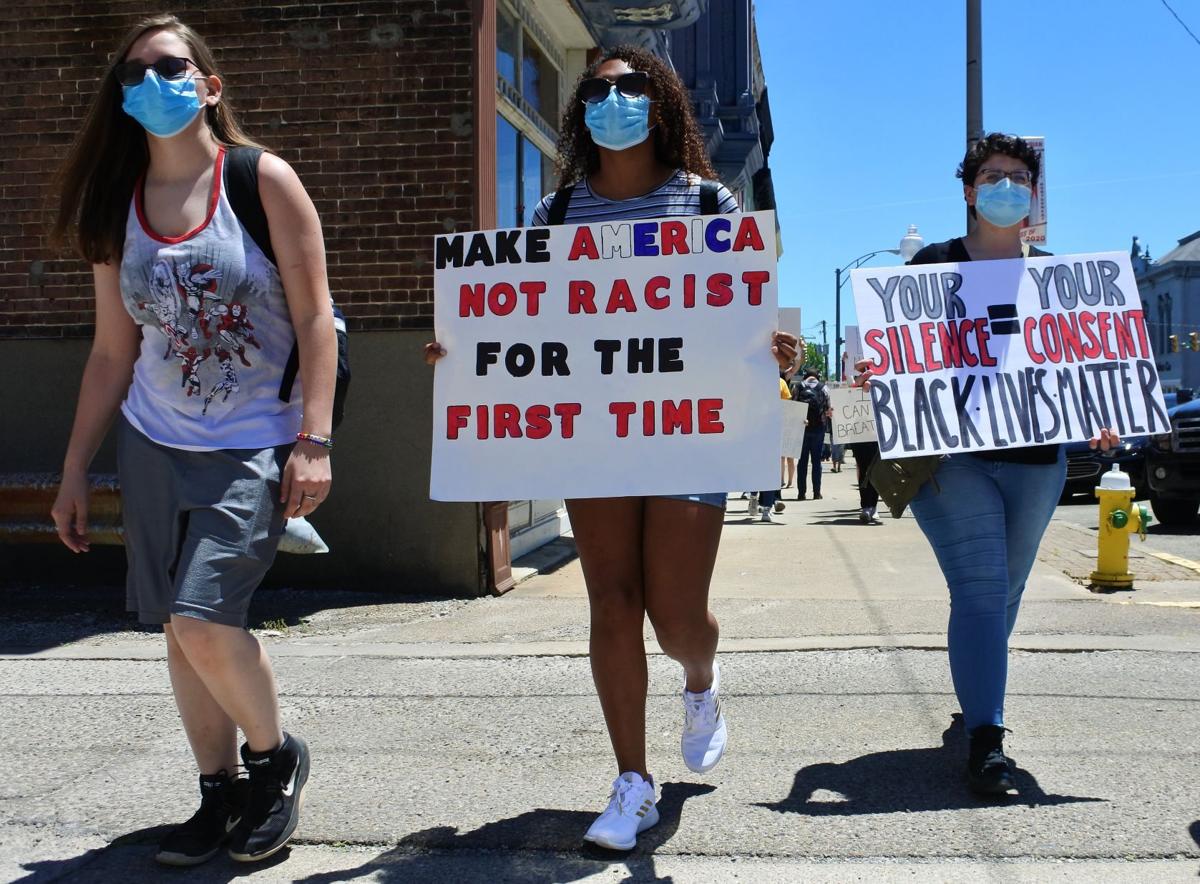 Protesters are pictured marching with signs in hand on the sidewalk along Main Street in downtown Jackson. 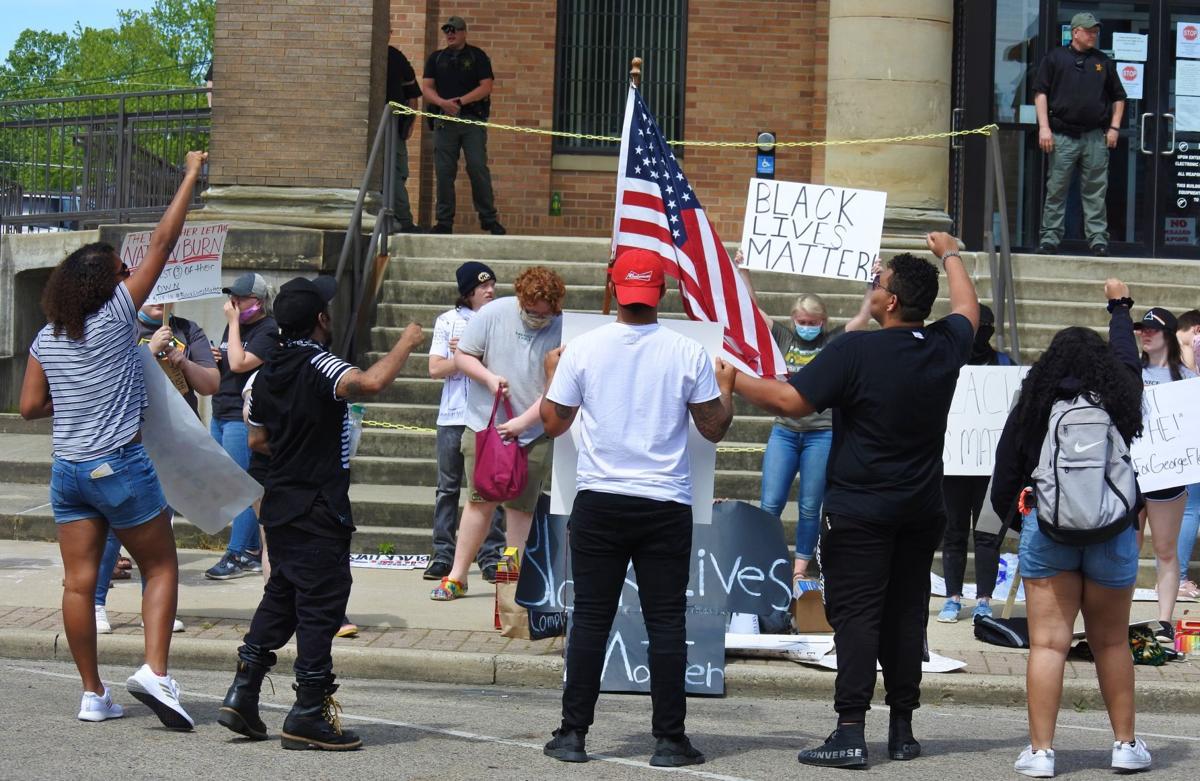 Pictured are some protesters who stepped front and center to lead a chant during the movement. 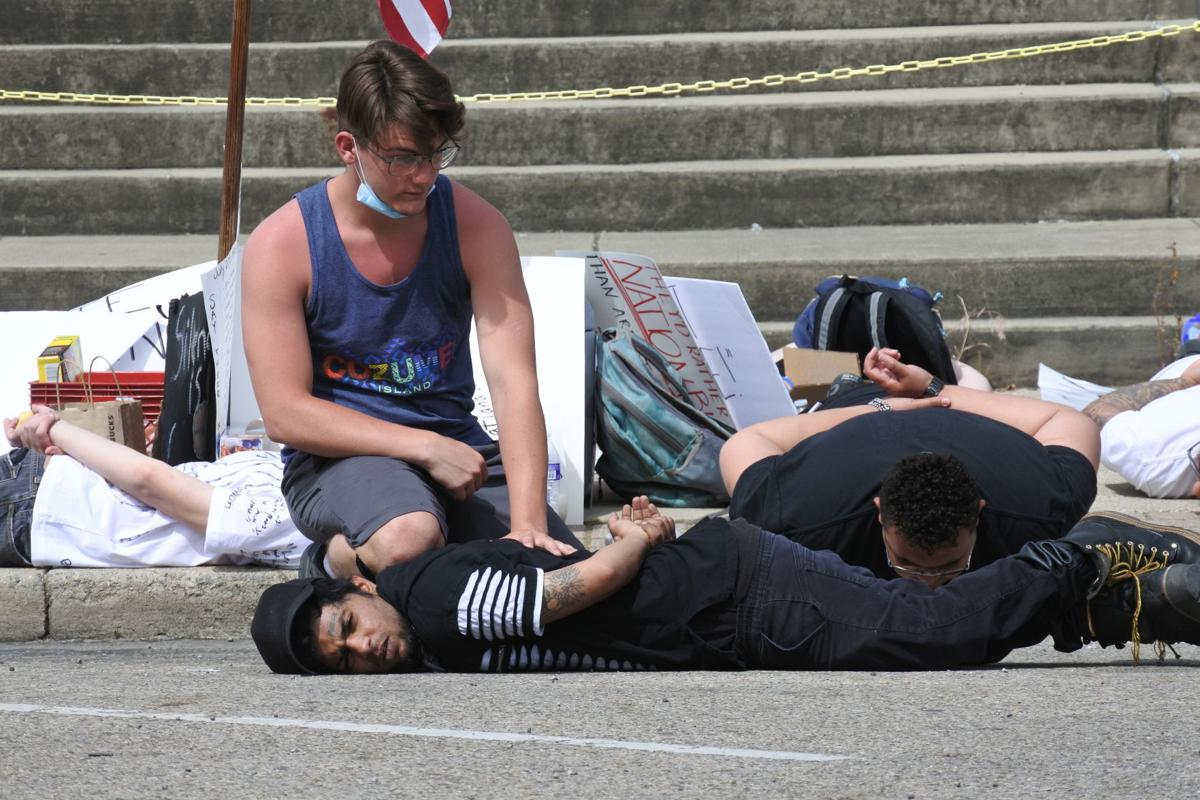 This display featured all the protesters laying on their stomachs with their faces down for 8 minutes and 46 seconds, which is how long Floyd was lying face down during the arrest. A protester kneeled on a protester as part of the display.

Protesters are pictured marching with signs in hand on the sidewalk along Main Street in downtown Jackson.

Pictured are some protesters who stepped front and center to lead a chant during the movement.

This display featured all the protesters laying on their stomachs with their faces down for 8 minutes and 46 seconds, which is how long Floyd was lying face down during the arrest. A protester kneeled on a protester as part of the display.

JACKSON — Local individuals gathered on Monday in downtown Jackson for a peaceful “Black Lives Matter” protest in response to the death of George Floyd, an unarmed African-American man, who reportedly had his life cut short by an officer in Minnesota.

The event, which was organized and planned by Becky Salmons and Jaquetta Pittenger, drew over 70 protesters despite it being announced on short notice the day before.

Salmons and Pittenger both stated that the movement was going to be a peaceful one. That held true throughout the event as no rioting, looting, or standing in the streets took place.

“This protest and movement is going to help bring awareness to police brutality and show that black lives do matter in this world,” stated Salmons. “We should all be treated as equals.”

Pittenger added, “I’ve spent two days in Columbus protesting, but I’ve been inspired before that, to make something happen here. We didn’t expect this many people to turn out, but something also needed to be done in small towns, not just the big cities.”

On Monday, June 1 the protesters first gathered at Eddie Jones Park, then marched from the park to the Jackson County Courthouse. It should be noted that the protesters stayed on the sidewalks and did not march in the roadway.

Once at the courthouse, the protesters organized chants and displays, including poster signs, all in an attempt to make their voices heard. Many passersby beeped their horns in support, while others shouted at them to go home.

“I can’t believe this is going on here in my hometown,” stated Jackson County resident Dave Christian. “All lives matter, not just black lives. We all matter, and I don’t get this at all.”

Christian added, “All lives matter, that’s just my opinion. I am getting sick of them hollering, it’s just crazy to see it in my hometown. I hate what happened to the gentleman, but if I was to die tomorrow the way that black gentleman did, these people wouldn’t be out here protesting for me."

The event altogether lasted about five and a half hours and included chants, signs, and displays.

Protesters also had signs some read: “Black Lives Matter,” “Your silence will not protect you,” “Are you uncomfortable yet?” and “Fair treatment for all.”

A few displays that protesters performed were getting down on their knees, putting their hands in the air, while shouting and repeating the words “Hands up. Don’t Shoot.” Another display featured all the protesters laying on their stomachs with their faces down for 8 minutes and 46 seconds, which is how long Floyd was lying face down during the arrest.

In addition to the protest in Jackson, a small hand full of BLM protesters gathered in Wellston, on Sunday, May 31. They were also peaceful and held signs.

Protests, like the ones held in Jackson, and Wellston, have been sweeping across the nation after Floyd’s death.

On May 25, Floyd, 46, of Minnesota, was handcuffed and lying face down on the street during an arrest. A white American Minneapolis police officer, kept his knee on Floyd’s neck for 8 minutes and 46 seconds (2 minutes and 53 seconds of that time Floyd was unresponsive).

Floyd ended up dying, and the officer in question has since been fired and charged with murder.

Jackson Police Chief Allen Potter told The Courier the following day that there wasn’t any incidents that he was aware of, just some minor back and forth of protesters and passersby yelling at each other.

Potter said he was surprised by the turn out and appreciated the individuals having a peaceful protest.