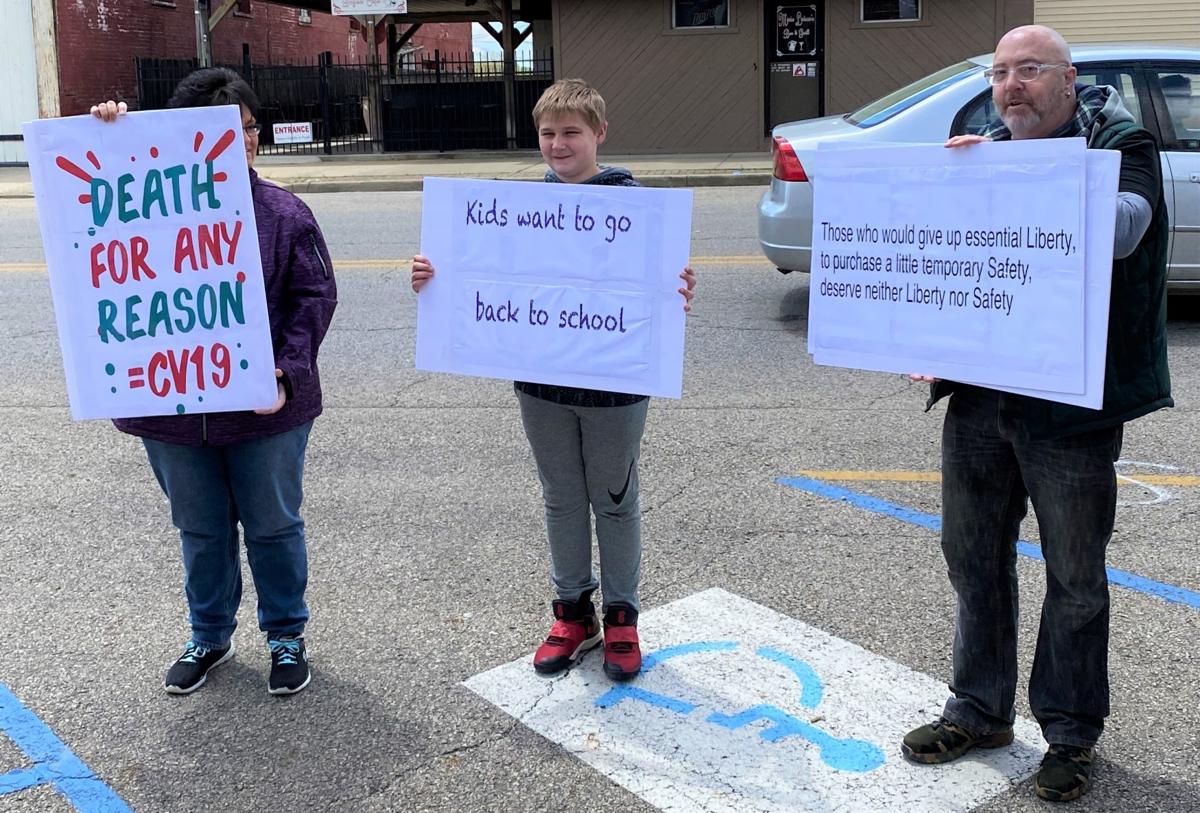 Local protest organizer J.F. Rupert, pictured far right, is shown holding a sign during a planned rally in Jackson over the weekend. 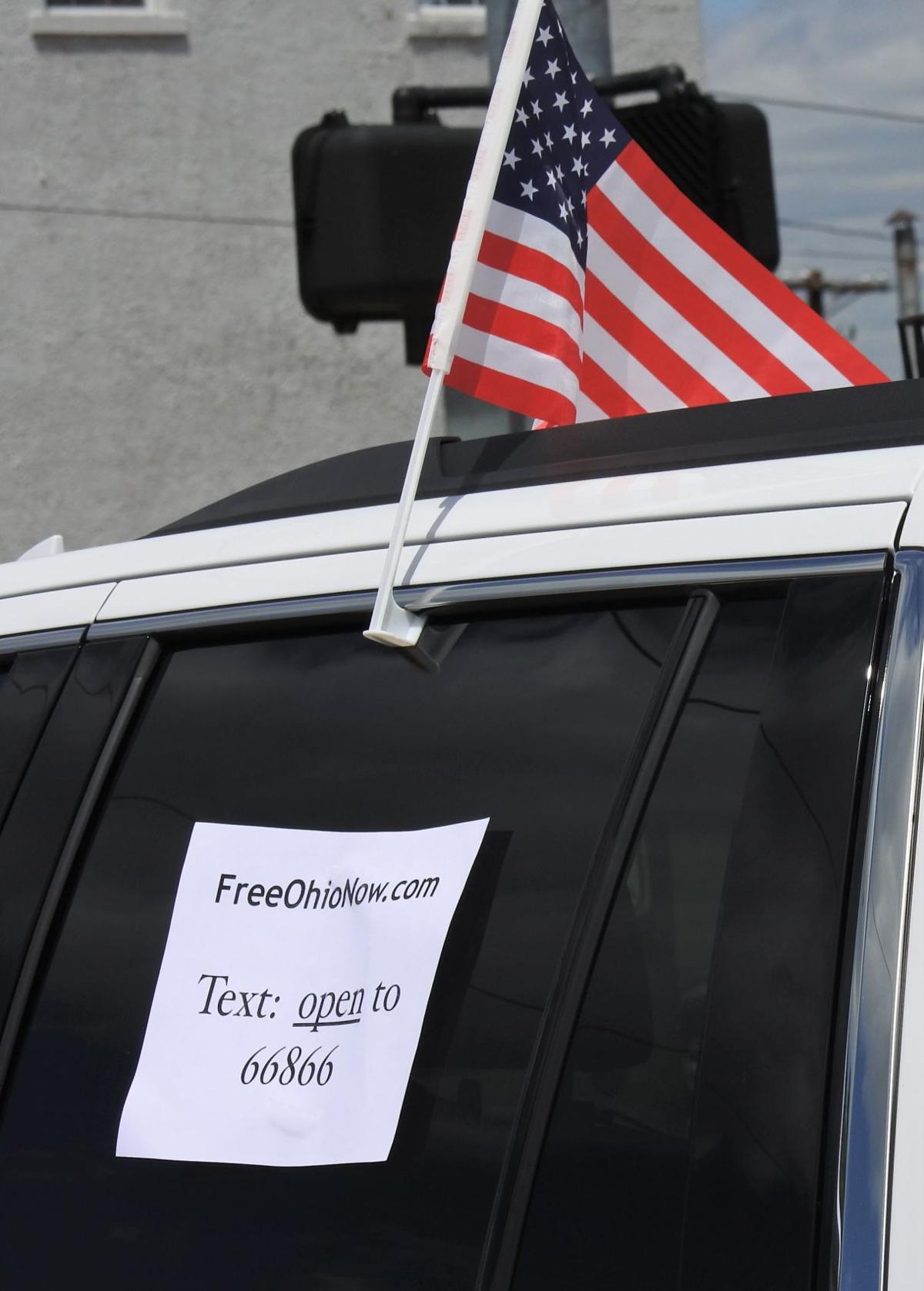 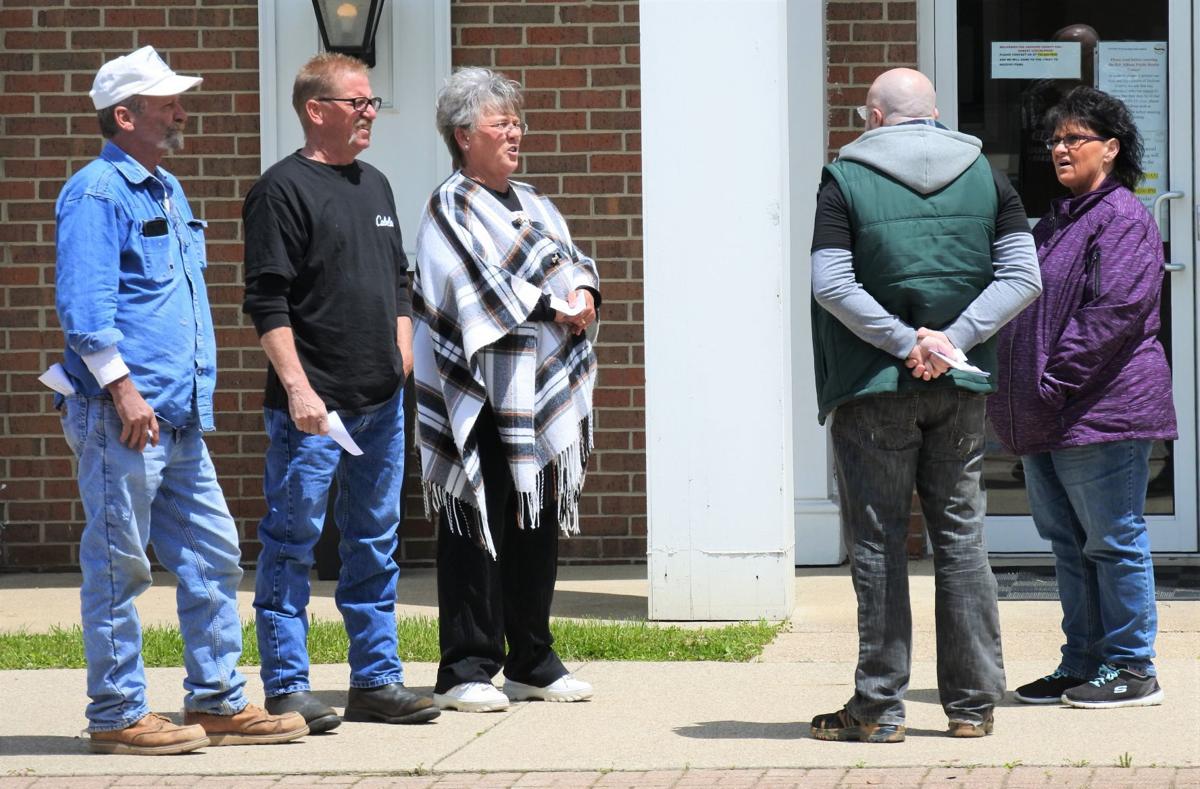 Pictured are “Free Ohio Now” protesters gather in front of the Jackson County Health Department building on Saturday, May 9.

Local protest organizer J.F. Rupert, pictured far right, is shown holding a sign during a planned rally in Jackson over the weekend.

Pictured are “Free Ohio Now” protesters gather in front of the Jackson County Health Department building on Saturday, May 9.

JACKSON — Protesters with a group known as “Free Ohio Now” gathered outside of the Jackson County Health Department over the weekend.

The protesters were participating in an event called “Rally Around Ohio” that was held on Saturday, May 9, at 1 p.m. There were over 30 planned rallies held concurrently around Ohio, including in Jackson County.

“We are trying to wake people up, and make sure they realize the importance of not losing our rights,” explained Rupert. “We don’t want our rights taken away based on arbitrary information.”

Rupert was joined by one of his sons and four other citizens on the sidewalk in front of the health department. There were also three members of the media present to cover the event as well.

“A lot of people say our protests are not necessary, but we have to make sure this doesn’t happen again,” Rupert said.

Rupert, who has three children, is also worried and concerned about the future of education.

“It has been very difficult,” Rupert told The Courier. “Educating kids at home... homeschooling doesn’t work for most kids.”

The group, “Free Ohio Now” is an all-volunteer group that says they are against local and state government “overreach,” and will be advocating freedom and personal responsibility.

Jackson County Health Commissioner Kevin Aston released a statement on Friday, May 8, a day before the protest was set to be held.

Aston stated that the Jackson County Health Department (JCHD) supports citizen’s rights including their right to free speech, which includes assembling to protest something they dislike.

Aston had urged protesters to wear a mask, practice social distancing from other people, and follow the other infection control guidelines that have been recommended by health authorities.

“These guidelines may be the very same issues that you dislike; be assured, the JCHD shares your dislike of the current pandemic sweeping across the world, and dislikes the reality we are in right now where measures like these need to be recommended,” explained Aston. “But we will keep doing so, because when people follow these guidelines, human lives can be saved. Remember, this virus will kill some of the people who catch it! We all must carefully weigh our actions.”

However, despite Aston’s suggests, none of the protesters followed the guidelines. Nobody used a mask, or practiced social distancing. Even a few handshakes were seen.

Aston told The Courier that the JCHD will continue to act in ways that promote health.