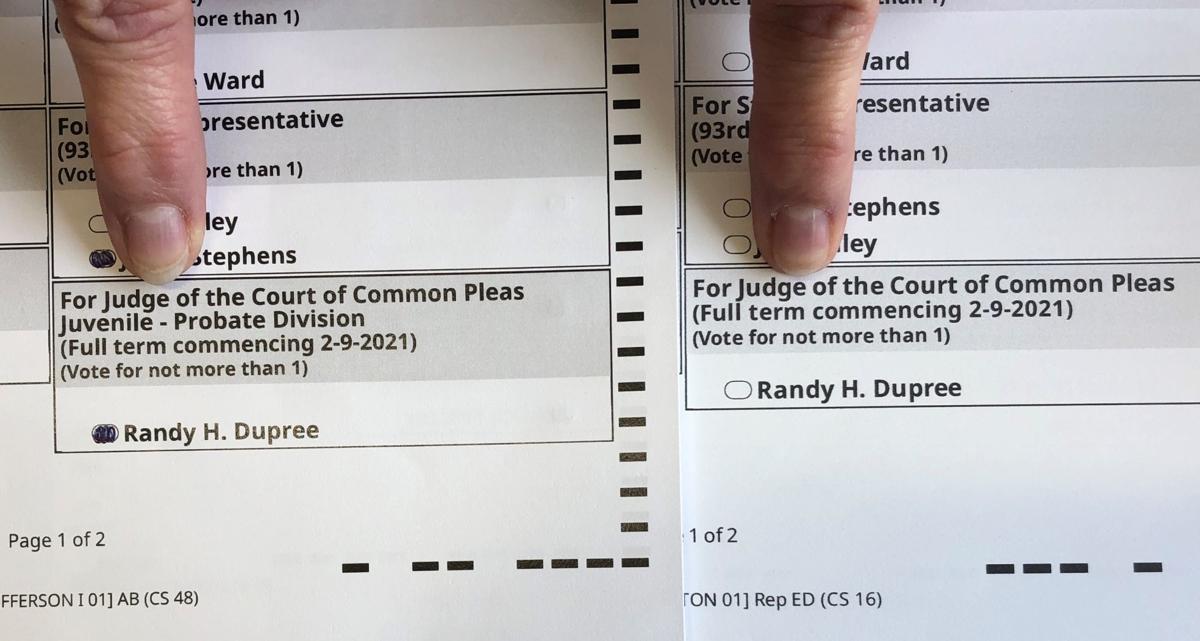 JACKSON — What should’ve been a rather quick election night stretched into the wee hours of the morning because of a mistake regarding one race on some ballots that resulted in a technical difficulty for the tabulator machine.

The Jackson County Board of Elections had the local media stop by their office on Thursday, April 30, to explain the mishap that took place on Tuesday, April 28.

Only one race, which wasn’t contested during the 2020 Primary Election —“For Judge of the Court of Common Pleas Juvenile-Probates Division” — was affected by a combination of human/technological error on election night. No other races were impacted.

A few missing words threw off the programming algorithm of the ClearCast machine for that race mentioned above.

The machine collects, scans, and tabulates the paper ballots.

There were two types of ballots: absentee and election day.

The absentee ballots were used during early in-person voting and the first batch of absentee voting, which took place from Feb. 19 to March 16, 2020, prior to the election being postponed in Ohio. The election was originally slated for March 17, 2020.

The election day ballots were used during the extended mail only voting that took place after the election was postponed, and were accepted through April 28, 2020.

The absentee ballots mentioned above were correct for that one uncontested countywide race, however, the election day ballots were not correct for that race. The issue was basically a human error one.

What happened, which is best shown on the attached photos, is the words “Juvenile-Probate Division” were unintentionally left off the election day ballots, but not discovered until it was too late.

So, when the election day ballots (these ballots were mailed out for the extended voting in April) were fed into the machine, the machine was trying to match the ballot to the programmed ballot. Well, because those few words were missing, it resulted in the machine being off a line on that one race. So, the machine couldn’t read the votes, and deemed the votes as questionable.

The race wasn’t contested in the primary, but it will be in the general election.

There was one Republican, Randy Dupree, and one Democrat, Justin Skaggs, for the race for judge.

In the fall, these two will square off against each other as non-partisan with the winner claiming the seat.

The Board of Elections explained to The Courier it will be going through each ballot to verify that there was a vote cast for each person because of the issue.

This error did not impact the results and all votes for the judge race will be reflected in the final official canvass on May 13.