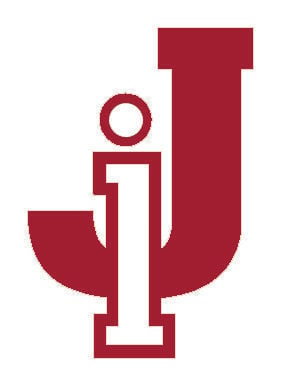 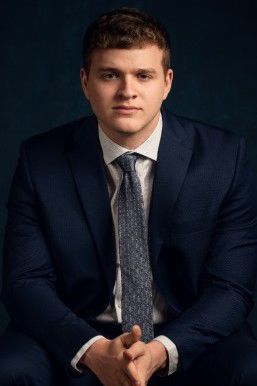 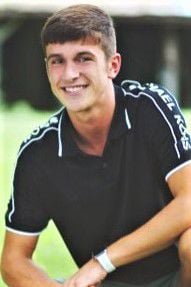 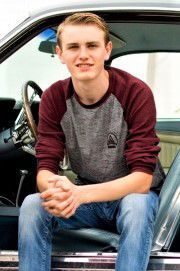 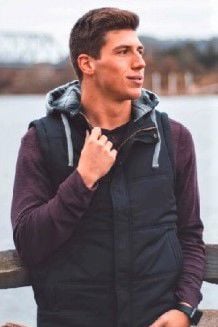 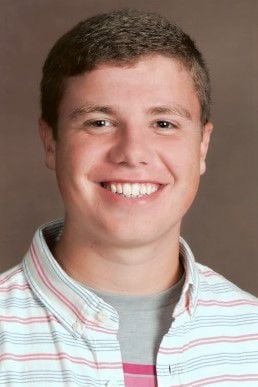 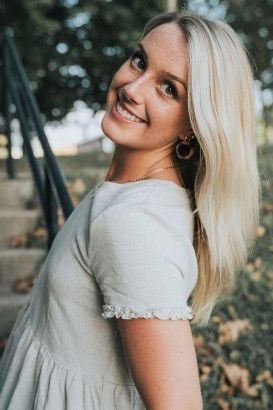 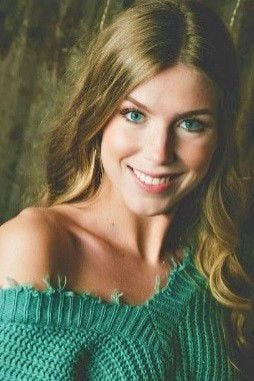 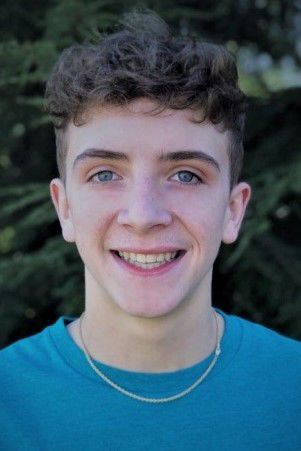 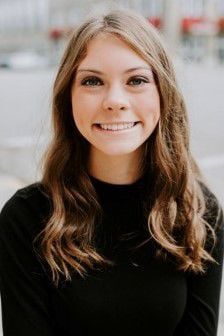 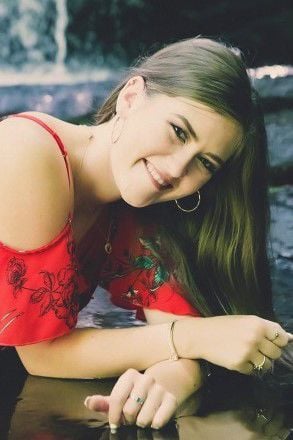 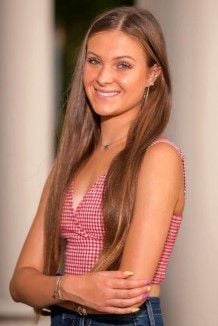 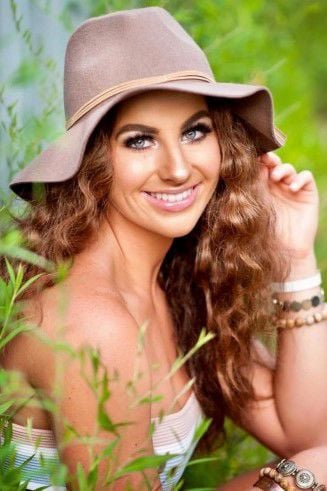 JACKSON — The Jackson High School Class of 2020 will graduate this Friday evening, but not in traditional in-person commencement exercises.

Jackson Superintendent Phil Howard told The Courier that with the school closure and social distancing mandates in place in Ohio, Jackson High School had developed a process to complete graduation.

“To facilitate this and make this as full of an experience as possible given the current guidelines, we scheduled each senior with a time to come into the school building,” explained Howard. “Each senior was given a specific 10 minute window to arrive and complete their graduation ceremony.”

Howard added, “Due to the number of seniors that were participating, these times are essential to being able to complete the work necessary to bring the virtual ceremony to fruition.”

Seniors began this graduation process on May 7 and finished on May 13. Each senior was permitted to bring a maximum of four people with them.

Caden is the son of Troy and Billina Donaldson. Activities included president of Student Health Council, Secretary of Student Council, a Harvard Academies participant, and a RYLA participant. Caden is also a member of the National Honor Society, the My Brother’s Buddy Club, Interact Club, the YLA Club, Tick Ridge Youth Group, and the Media Productions Team. Caden was selected to be a Regional Scholar and he is one of two boys who are student-athlete representatives for Jackson High School in our Frontier Athletic Conference. Caden as well is a varsity basketball player and plays Boy’s Junior National volleyball. After high school, Caden will be attending Mount Vernon Nazarene University and majoring in Criminal Justice with hopes of going to law school while playing collegiate Men’s Volleyball.

Taylor is the son of Tedd and Alice Frazier. Activities included member of many clubs and activities including: The National Honor Society, The Youth Leadership Association, Interact, FFA, 4-H, Quick Recall, and The Boys Varsity Soccer Team. After high school, Taylor plans to go to Wright State University and Major in Biomedical engineering and then continue into a graduate school.

Jared is the son of Allen and Kelly Icenhower. Activities included member of the National Honor Society, Fellowship of Christian Athletes, Leo’s Club, Interact, and Student Health Council. He was also captain of the football and track & field teams. After high school, Jared will be attending West Virginia University where he will major in Biology, Pre-Med. He then plans on going to medical school to become an interventional radiologist.

Matthew is the son of Bill and Christine LeFever. Activities included member of the soccer and quick recall teams, in addition to being in the high school’s marching band and Wind Ensemble. He is also a member of National Honor Society, Leo Club, and Youth Leadership Association. After high school, Matthew plans on attending the Purdue University and majoring in aerospace engineering.

Logan is the son of Scott and Michelle Massie and the stepson of Kayla Massie. Activities: included member of the National Honor Society, the Jackson Leo’s Club, and Student Health Council. He was a 4 year letterman in Varsity Baseball, as well as a 3 year member of the Columbus Cobras Travel Baseball Club. Logan was also a 2019 Regional Scholars recipient. After high school, Logan will attend The Ohio State University College of Engineering where his primary focus of study will be Aerospace and Astronautical Engineering. He will also attend the Center for Aviation at Don Scott Airport where he will obtain a commercial pilot license.

Trinity is the daughter of Tim and Cheryl Montgomery. Activities included Senior Class Vice President who is a part of National Honor Society, Student Council, Student Health Council, Leo’s Club, Interact, SIS, and GSA. She is also a yearbook editor, Varsity Cheerleader, and a 2019 Regional Scholar. After high school, Trinity plans to attend the University of Cincinnati and major in Architecture.

Trase is the son of Matt and Deidra Peterson and Shawn Speakman. Activities included member of National Honor Society, the Buddy Program, Leo’s Club, Student Health Council, and the Golf team. He was also a Rotary Senior of the Month and a Regional Scholars recipient. After high school, Trase plans to attend Ohio University and obtain a bachelor’s degree in chemical engineering.

Brynlee is the daughter of Joe and Dawn Vermillion. Activities included being a Co-Founder of the Future Medical Careers Club, Member and Captain of the Varsity Soccer Team, Member of Student Council, National Honor Society, Student Health Council, the Youth Leadership Association, and Leo’s Club.After high school, Brynlee plans to attend Heidelberg University to play soccer and major in biochemistry with the aspiration of attending Medical School to become a Pediatrician.

Once again, the Jackson High School graduation ceremony is not being held in-person this year. Watch the seniors graduate on Friday, May 22 at 8 p.m. online on the Jackson City Schools website: www.jcs.k12.oh.us.