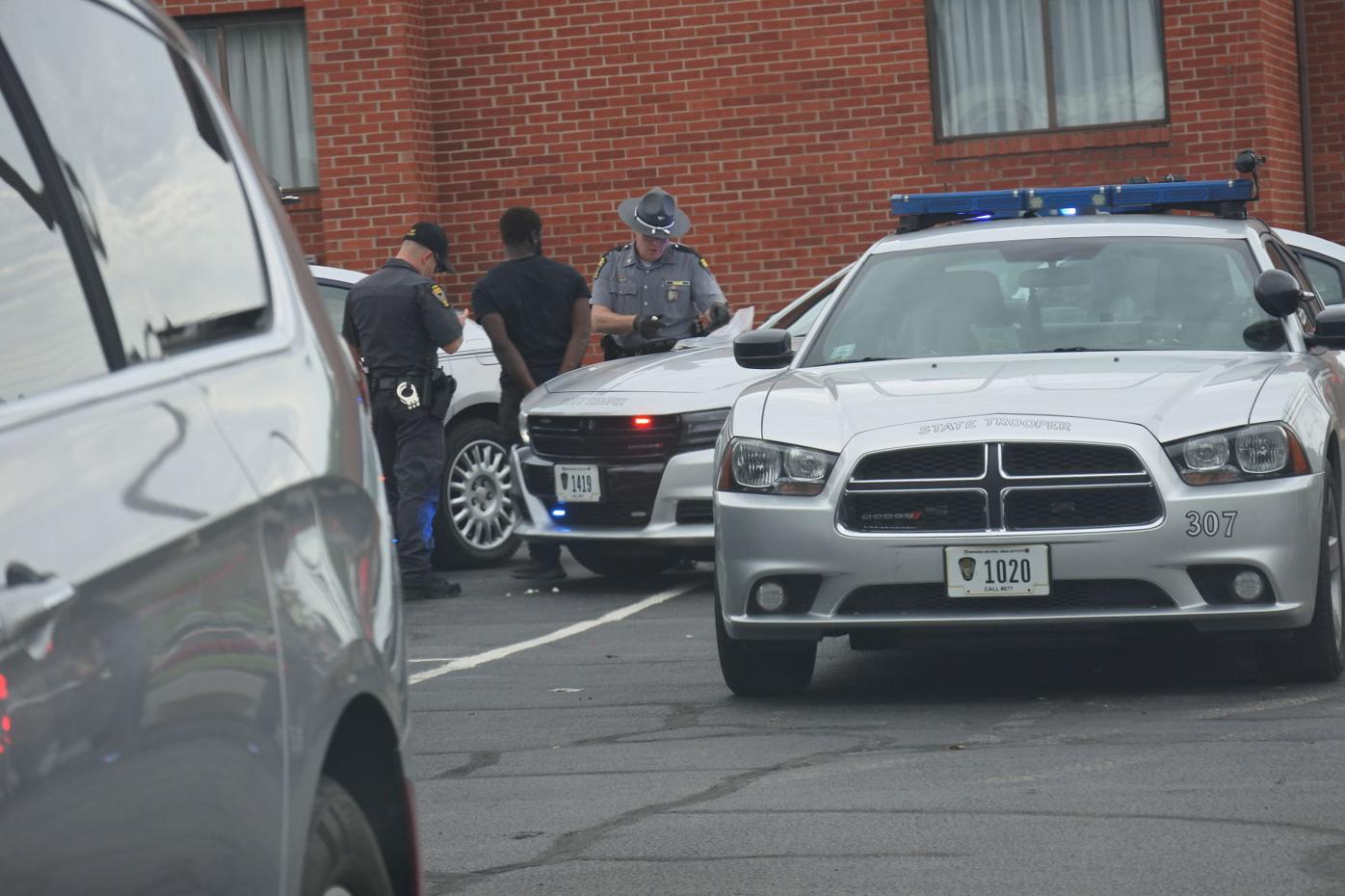 Dentonio J. Utley of Spring Lake, North Carolina, is shown during the arrest behind the Quality Inn in Jackson. 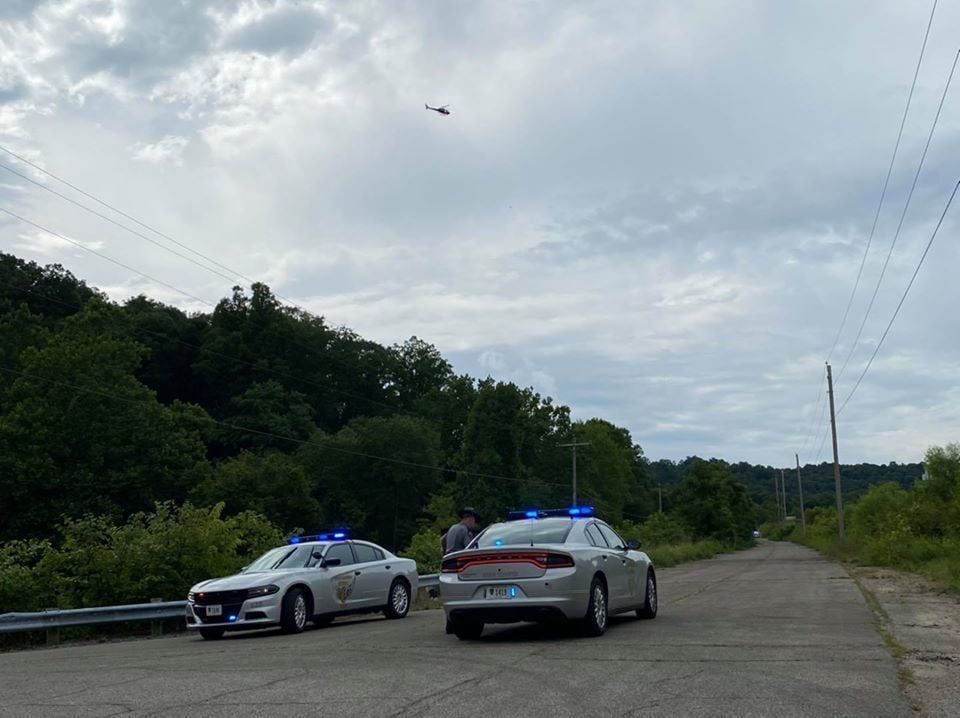 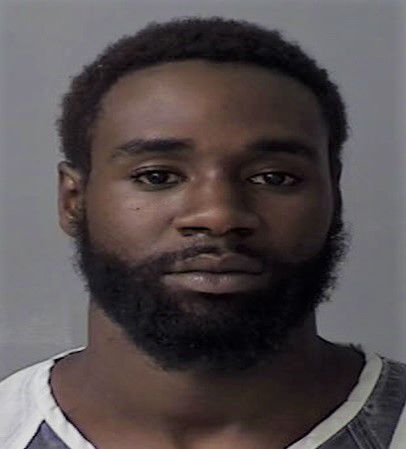 Dentonio J. Utley of Spring Lake, North Carolina, is shown during the arrest behind the Quality Inn in Jackson.

JACKSON — An attempted traffic stop near Jackson turned into an extensive search after a male suspect reportedly fled the scene.

At approximately 2:45 p.m., the Jackson Post of the Ohio State Highway Patrol attempted to make a traffic stop on U.S. Route 35 near Chillicothe Pike on a 2009 Audi with tags out of North Carolina.

According to the Ohio State Highway Patrol report, the car did initially stop, but then quickly turned onto a dead-end road. When the driver, Utley, was told to step from the vehicle, a firearm could reportedly be seen in plain view under the edge of the front seat by the approaching trooper. When the trooper began to place the driver in custody he was allegedly assaulted by Utley, who then reportedly fled on foot into a nearby wooded area.

The Patrol quickly received assistance in searching for the man by the Jackson County Sheriff’s Office. A Patrol helicopter also responded to the area to conduct an aerial search for the suspect. Nearly 20 uniformed and plain clothes officers searched the nearby area for the suspect. A Patrol K-9 was deployed to attempt to establish a track of Utley.

The Patrol reported that the weapon in the vehicle was a loaded 9 mm pistol with an extended magazine. The vehicle was also found to have been stolen out of North Carolina.

Nearly two and a half hours later, the Jackson Police Department (JPD) received information that a man matching the description of the suspect was dropped off at the Quality Inn on Huron Street in Jackson.

A man hiking at a nearby state preserve reportedly met Utley on a trail, not realizing what had transpired and gave him a ride into town after being told he had gotten separated from friend in the woods.

The JPD responded to the Quality Inn and Utley ran out a back door, however, he was apprehended by officers without further incident.

Utley then allegedly provided a false identity to officers. Police discovered that Utley was claiming to have different facial features, prompting them to investigate further and eventually finding his true identity.

Utley was incarcerated in the Jackson County Jail.

The Courier will update this story as more details become available.