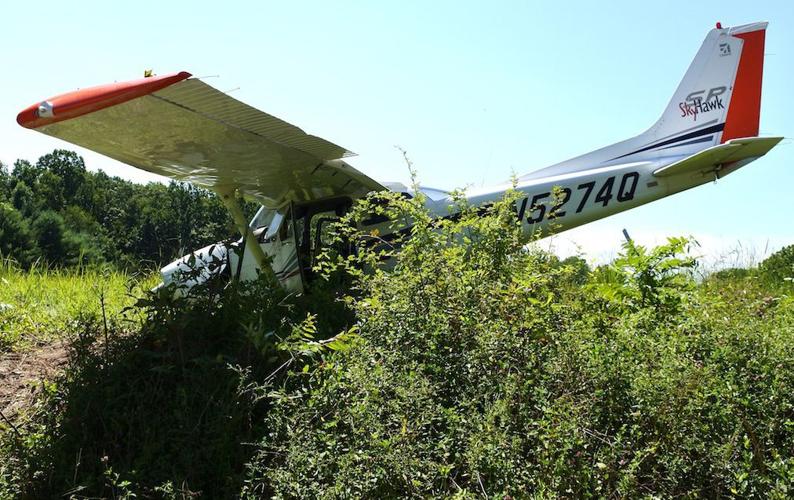 Shown is another angle of the plane crash just outside of Wellston Wednesday morning.

Shown is another angle of the plane crash just outside of Wellston Wednesday morning.

The plane had two occupants, the pilot and a passenger who sustained injuries. The pilot, Stephen Dawson, 26, of Louisville, was transported by medical helicopter to Cabell-Huntington Hospital in West Virginia for evaluation. The passenger Joshua Simone, 26, of Louisville, was alert and moving around at the scene but was transported to Holzer Medical Center-Jackson via Jackson County EMS to be evaluated.

According to flightaware.com, the registered owner of the plane is KCSI Texas, Inc.

Jackson County Emergency Management Agency Director Robert Czechlewski said the two men were based out of Kentucky and were flying along the gas pipeline when the crash occurred.

According to a report from the Ohio State Highway Patrol, Dawson stated he was conducting an aerial gas pipeline inspection when he lost power to the engine. The plane struck an incline on the west side of Loop Road then jumped across the road, striking a wire fence before coming to rest on its landing gear.

The plane sustained damage to its wing, landing gear and nose.

In early afternoon, Czechlewski reported that his office had contacted the Federal Aviation Administration (FAA) in Cincinnati and they would be arriving to help investigate.